Hollywood is home to numerous stunning women who have the charisma and charm to captivate global audience.

These stunning women stand out from the crowd in terms of style, fashion, attractive physique, and whatnot.

Let’s face it; it’s gonna be an unfair list because everyone has a different perspective and idea of beauty, and whoever I put atop someone’s gonna be pissed.

So you feel free to choose yours.

So, who are the Hollywood actresses that stand out above the rest as the most attractive and desirable ladies in the world? Here in this article, we are addressing the very question by presenting the 12 most beautiful Hollywood actresses.

Let’s start with a quick overview!

We simply cannot take our eyes off Alexandra Daddario, can we?

She is certainly one of the most attractive and desirable Hollywood actresses in the world right now.

Daddario began her career as a young model, eventually receiving her big break in 2010 when she was cast as the lead in the television series “Percy Jackson & The Olympians: The Lightning Thief.”

She is recognized for her sultry beautiful looks, curvy physique, and eyes deeper than the ocean.

The actress has had notable appearances in the movies Baywatch, Texas Chainsaw 3D, and Hall Pass, among many others.

The sophisticated British beauty Keira Knightley comes to our list of the most beautiful Hollywood actresses for having an innocent face and well-defined cheekbones, and how can we not mention those gorgeous brows!

The utter splendor with graceful body gained recognition on a global scale after appearing in Pirates of the Caribbean.

In addition, she received a Golden Globe Award for being the Best Actress in the movie Pride and Prejudice.

Likewise, she is one of the highest-paid actresses in the world and has worked in the British and American film industries, excelling in both high and low-budget films.

Now, it might surprise many people to list Amber Heard in the article based on the backlash she is facing in the current scenario, but we can’t rule out the fact that Heard is unquestionably one of the sexiest actresses in Hollywood.

Amber began her career in Hollywood as a bikini model and has since appeared in movies like Aquaman, The Rum Diary, and Justice League, directed by Zack Synder.

Moreover, Amber is renowned for her prominent associations with celebrities like Johnny Depp and Elon Musk in the past.

Despite losing the defamation battle to her ex-husband Johnny Depp, Amber’s face is measured to be the most flawless face in the world, according to a traditional face mapping technique called PHI.

The ultimate beauty muse, what’s there in the world that Margot Robbie can possibly not get?

Robbie grabbed the 37th position in the 100 Most Beautiful Women in the World, a list made in 2021.

The Australian actress and model was born in Queensland and has already shared the screen with many outstanding actors such as Brad Pitt, Leonardo DiCaprio, Jonah Hill, Jared Leto, Will Smith, and now very soon, Ryan Gosling.

In addition to being a brilliant actress, she has also appeared on the covers of magazines like Vogue, Harper’s Bazar, Elle, Glamour, Marie Claire, Maxim, Variety, and others.

Previously, in 2017, Margot appeared on numerous lists of the most attractive women in the world and was further awarded the Sexiest Woman Alive by Esquire.

Known for her appearance in TV series like Pan Am, she initially gained notoriety in 2013 for her glorious part in The Wolf of Wall Street, and since then, she has graced the screen over many big Hollywood projects.

Read About 10 Most Popular People on the Internet…

The British beauty with such a talented acting ability, Emma Watson, is well known for more than just her role in the Harry Potter movie series.

Not only that, but TIME magazine in 2015 listed her as the 26th Most Influential Person in the World.

Unquestionably, Emma rose to prominence after portraying the role of Hermione Granger in the right enduring fantasy movies based on JK Rowling‘s Harry Potter books, but the actress is also known for her striking appearance.

One of the most renowned fashion icons of her generation, Emma Watson is admired for her sophistical yet fashion-forward sensibility.

In 2017, she earned a spot on People Magazine’s list of the World’s Most Beautiful Women.

Here comes the magnificent and powerful Scarlet Witch or Wanda Maximoff, who has already taken the world with her sheer acting talent.

Olsen, a California native, started acting at the age of four and briefly considered quitting. God willing, she did not!

In the survey performed in 2021 for the Most Beautiful Women in the World, Elizabeth landed at number 38; why would not she as she has a stunning body, a great symmetrical face, and lovely charm.

To add further, in her most recent blockbuster, Doctor Strange in the Multiverse of Madness, Elizabeth Olsen and Benedict Cumberbatch both gave ground-breaking performances.

Ana started her career in Cuba, where she starred in the love drama Una rosa de Francia.

Afterward, she shifted to Madrid, Spain, at the age of 18 and performed in the well-known Spanish drama El Internado for six seasons (2007-2010).

Back in March 2020, Ana de Armas was all over the news as she was rumored to be in a relationship with Oscar-winning actor Ben Affleck.

While the news appeared to be true, they called it quits after a year.

The woman is famous for every proper aspect, she is intelligent, has a lovely face, a sexy body, piercing eyes, and one of the cutest noses. Boop!

Another sizzling American actress and model who began her success story appearing in the action film franchise Transformers, Megan Fox is in the fifth spot on our list of most beautiful Hollywood actresses.

Fox has already established herself as the new-age Hollywood sex icon as there is no such list of beautiful women in the current scenario where she falls short.

To exemplify, Megan comes under the list of most beautiful American divas with her breathtaking physique, seductive lips, and enticing eyes. More often, she is also compared to Angelina Jolie.

The woman is frequently a part of trendy news, and she is currently engaged to the musician Machine Gun Kelly (MGK).

The Real-Life Wonder Woman, and also a Beauty Woman!

The Israeli actress Gal Gadot-Varsano is one of the pioneers in today’s A list of actresses.

Where should we even begin? Gadot nails every arena of Hollywood, action-wise, dialog-wise, and definitely glamour-wise.

To begin with, Gal Gadot was named Miss Israel in 2004 at the age of 18, after which she entered the modeling field.

Now, what’s even more interesting is she served as a military fitness instructor for the Israel Defense Forces for two years.

In detail, having worked as a combat teacher truly shaped her, which further helped her to land a number of roles.

Today, Gadot is a name merely no one is unfamiliar with. The stunning physique and captivating eyes surely know how to win the hearts of millions.

Next on our list we have Jennifer Lawrence, the American actress who was the highest-paid actress in the world in 2015 and 2016.

Similarly, Lawrence was named Time’s 100 Most Powerful People in the World in 2013.

The woman is well-known for her acting skills, and in terms of personality and performance, she is time and again compared to a young Meryl Streep.

Now, how big is that?

Lawrence’s films have collectively grossed more than $5 billion at the global box office.

Does she even need an introduction?

The beauty with brain, humility, and all the features that makes her attractive to stand out from the crowd, Angelina Jolie is, without a doubt, one of the most beautiful women out there.

The attractive diva is renowned for her stunning blue eyes, in addition to her alluring lips and legs.

Jolie is well-known for her work in the movies Jia, Mr. & Mrs. Smith, Tomb Raider, and Girl Interrupted, to name a few.

She is excellent at what she does and similarly modest off-screen.

It goes without a saying that Jolie is one of the most generous actresses on the planet and has been involved in tons of humanitarian causes.

Often regarded as the “new Hollywood Sex Symbol,” we have Scarlett Johansson on the top of our list of the most beautiful Hollywood actresses.

Scarlett Johansson is primarily known for her smash hit films and, of course, her beautiful look.

In 2007, Playboy magazine named the blond bombshell the Sexiest Celebrity of the Year.

Similarly, she is also one of the world’s highest-paid actresses.

To illustrate, Johannsson has starred in the movies such as Marriage Story, Lucy, Black Widow, Rough Night, and many others in which she has given her finest performances.

Furthermore, the actress, with a warm demeanor along with sexy attributes, has been included in Forbes’ Celebrity 100 list a number of times.

You Might Want to Read About 20 Beautiful British Women…! 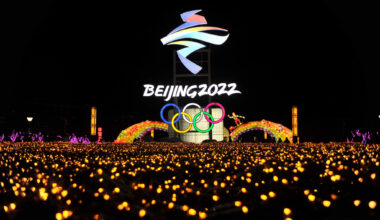 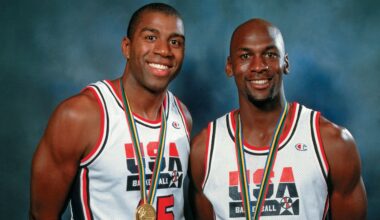 Read More
20 Richest NBA Players of All Time! NBA is one of the richest sports leagues in the world,…