One of the most eminent actresses in Hollywood, better known for her role as Black Widow in the Marvel Cinematic Universes film franchise, Scarlett Johansson, has a net worth of a whopping $165 million.

Scarlett has been referred to as one of the most attractive women in the world by various media outlets.

She has been featured on Forbes Celebrity 100 list multiple times and was also the highest-paid actress in the world for two years in 2018 and 2019.

Similarly, her films have grossed more than $14 billion in the worldwide box office, which is enough to make her ninth highest-grossing box office star of all time.

Likewise, her iconic roles in the films have garnered her numerous accolades, including British Academy Film Award and a Tony Award.

Moreover, she has been nominated for five Golden Globe Awards and two Academy Awards.

An American actress, model and singer Scarlett Johansson has an astounding net worth of $165 million as of 2021.

Having appeared in more than 65 films to date, Scarlett has amassed a sizable fortune to live her life in luxury without having to lift a finger ever again.

Johansson earns anywhere from $10 and $20 million per film easily, and her endorsement deals bring the same amount routinely.

Between August 2017 and August 2018, Johansson made about $40 million from her various endeavors, including acting and brand endorsements.

This made her the highest-paid actress on the globe.

Though she was already a popular star before she appeared in the Marvel movies franchise, her fame and fortune quadrupled after she became a significant part of the MCU.

Similarly, for the next couple of Marvel movies, she earned a low six-figure salary which drastically changed when she starred in the Black Widow movie.

To date, Johansson has earned more than $75 million from her roles in various Marvel movies.

Furthermore, she earns about $10 million upfront for a movie.

In addition, her career-high salary for a single movie is the $17.5 million that she earned from the 2017 action sci-fi film ‘Ghost in the Shell‘.

Johansson filed a lawsuit against Disney in 2021. She accused Disney of breaching a contract that she signed with Marvel to star in the film Black Widow.

According to the contract, she was supposed to earn $20 million upfront plus a percentage of box office revenue.

However, somehow Disney could not fulfill the terms they had listed in their contract.

Reportedly, the two parties quietly settled a dispute with the actress withdrawing a $50 million lawsuit.

Read About Richest Actresses in the World

Let’s check out Scarlett Johansson’s net worth in different currencies, including the cryptocurrency BitCoin.

Johansson has purchased several real estates in different parts of the United States.

Reportedly, she owns more than $20 million worth of real estate in total.

Similarly, she bought a stunning home in the Los Feliz neighborhood of Los Angeles in 2014 for $4 million.

Furthermore, in 2018 Scarlett purchased a secluded mansion in upstate New York for $4 million.

Scarlett Johansson has decent rides in her garage. It’s not too flashy but quite practical.

She has a black SUV from German automaker Mercedes. Johansson has been spotted in her Mercedes Benz GLE 350 several times. The SUV costs about $54,000.

One of the sexiest ladies has admitted that she has never stepped a foot in a gym.

However, she has a personal trainer with whom she has been working out since 2009 when they prepped for her Marvel Cinematic Universe debut in Iron Man 2.

Her workout regime includes single-leg pistol squats, push-ups reps with a 45-pound plate on the back, and a 245-pounds deadlift.

It seems quite intense!

Johansson does 45 minutes to an hour-long session, four to five days a week, starting at six in the morning.

The sessions, i.e., multidirectional jumps and hurdles, are fun, involving much reactive plyometric workout, which keeps Johansson resilient and explosive.

In terms of diet, Scarlett is pretty strict. If she does the last meal of the day around 9 p.m., she won’t eat until nine the next morning.

Similarly, she drops carbs to enhance her cuts in the days before filming.

As for her personal life, Scarlett was married to actor Ryan Reynolds from 2008 to 2011.

After that, she married businessman and journalist Romain Dauriac in 2014 few months after giving birth to their daughter. However, the couple divorced in 2017.

Model and actress Scarlett Johansson travels a lot. However, her travel routine was reduced after she had her baby in 2019.

Scarlett was spotted having a good time with her friends in Jamaica in 2010.

Similarly, back in 2012, she was seen with her then-boyfriend Nate Naylor and some other friends spending vacations and having a good time in the gorgeous Hawaii islands.

She became a global ambassador for OXFAM in 2005.

She also took part in the anti-poverty campaign ONE in 2007, which was organized by U2’s lead singer Bono.

Scarlett Johansson had her big breakthrough in 2001 with the black comedy ‘Ghost World‘.

Though the film was not successful at the box office, Johansson’s performance earned widespread praise.

Furthermore, her films Asteroid City, Little Shop of Horrors, and Bride are all in pre-production. The release dates of those movies have not been revealed yet.

She has also appeared in several television commercials over the years.

She signed as a model with clothing design and manufacturing company Mango in 2009. Similarly, Johansson inked a deal with Dolce & Gabbana as a makeup and fragrances spokesmodel in 2009.

Moreover, she became a brand ambassador for Louis Vuitton in 2005. Furthermore, Scarlett signed as a spokesmodel with L’Oreal in 2006 and with Calvin Klein’s Eternity Moment Perfume in 2004.

Her contract with L’Oreal in 2006 brought her $4 million.

Black Widow, aka Scarlett Johansson, is the latest investor in a new food company HumanCo.

Johansson joined the company as a creative director and investor for the pizza-pocket brand Snow Days.

However, the size of Johansson’s investment has not been revealed by the company.

Scarlett Johansson is a part Danish from her father’s side. She holds both American and Danish citizenship.

Her father, originally from Copenhagen, Denmark, is an architect.

She enrolled at the Lee Strasberg Theater Institute and Professional Children’s School as a child.

Johansson made her screen debut in 1994 with the fantasy comedy film ‘North’.

Her first lead role was in the film  Manny & Lo as Amanda in 1996, which earned her nomination for the Best Lead Female at Independent Spirit Award.

Following that, she appeared in multiple other films such as Home Alone 3, Fall, The Man Who Wasn’t There, and My Brother the Pig.

Furthermore, Johansson caught the wider attention after her role in the 1998 film The Horse Whisperer, which garnered her a nomination for the Most promising Actress at Chicago Film Critics Association Award.

Is Scarlett Johansson a billionaire?

No, she is not a billionaire. However, Scarlett Johansson’s net worth will surely rise in the upcoming future with her films and business ventures.

Yes, Scarlett Johansson is a lefty.

Is Scarlett Johansson a twin?

Yes, Scarlett Johansson is a twin. Her twin brother’s name is Hunter Johansson. 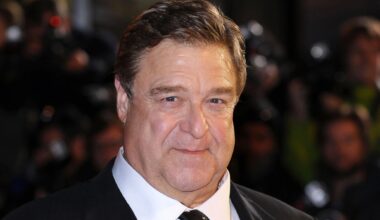