Home 10 Most Popular People on the Internet
TTop List

Most Popular People on the Internet!!

Social media has unquestionably leveled up, allowing unknowns to amass audiences at a much higher range than real-world personas.

In these times, being popular means being the most well-known person on the internet. It always boils down to a single question- Who stands out from the crowd?

These popular people may represent different sectors of the profession they are involved in, for instance, modeling, acting, politics, entertainment, or sports.

In this article, we are discussing those ten most famous people on the Internet who are brilliant in their respective fields and are admired by millions.

Most Popular People on the Internet

One of the world’s most famous and marketable athletes, Cristiano Ronaldo, is a soccer player from Funchal, Portugal.

The man whose name is synonymous with soccer, Cristiano Ronaldo, was the world’s highest-paid athlete for two years in a row, in 2016 and 2017, according to Forbes.

Likewise, ESPN declared him the most famous athlete from 2016 to 2019.

Not only that but TIME magazine named Cristiano in their list of the 100 Most Influential People in the World back in 2014.

If we were to measure the popularity just by social media reach, then Ronaldo would be the most famous person on the planet.

To illustrate, the great footballer hailing from Portugal is the first individual who surpassed 400 million Instagram followers in February 2022, and as of this writing, he has 459 million followers on the platform.

The power of his brilliance and popularity once sold $60 million worth of his CR7 shirts in just under 12 hours!

Jimmy Donaldson, popularly known as Mr. Beast, is at the top of the highest-paid YouTubers, putting him among the world’s highest-paid entertainers.

As of this writing, his main YouTube channel, MrBeast, has 97.2 million subscribers.

Similarly, he operates several other channels along with his teams, such as Beast Philanthropy, MrBeast Gaming, Beast Reacts, and much more, raking in tens of millions of dollars to him each month.

Who does not know Justin Bieber?

The handsome guy rose to fame due to his incredible talent at a young age.

With over 150 million albums sold worldwide, Justin was ranked No. 8 on Billboard’s Greatest Pop Stars of 2021 list.

Some people just don’t need an introduction, and Mr. Khan is at the top of that category.

Famously referred to as “King Khan,” “The Baadshah of Bollywood,” or “The King of Bollywood,” Shah Rukh Khan comes on the list of the world’s 50 Most Powerful People.

Undoubtedly, Shah is one of Bollywood’s most sought-after performers.

He made his acting debut in the 1988’s television series Fauji and found his breakthrough with the 1992 film Deewana.

Aside from that, he owns the IPL cricket team Kolkata Knight Riders.

The bold, stunning, and gifted singer who is now also a doctor by degree, Taylor Swift is one of the most well-known people on the Internet.

Swift was named one of Time Magazine’s Most Influential People in the World in 2019.

The same year, Billboard honored her as Woman of the Decade, and the American Music Awards (AMA) awarded her the title of Artist of the Decade.

To illustrate, Swift has mastered the skill of creating music around the listener’s expectations which is why currently she is the most well-known pop star in the world.

Her recent album Reputation has sold over 2 million copies in the United States alone. In the same way, she has sold over 200 million albums worldwide in total.

The recipient of 32 American Music Awards and 23 Billboard Music Awards, Taylor Swift, has an enormous fan following who like to call themselves “Swifties.”

The world is an oyster for Kardashians, and Kim is the eldest on this team. Kim Kardashian, the model, businesswoman, and social media phenomenon, is the founder & owner of numerous ventures.

In 2015, Kim was listed on the list of TIME magazine’s 100 Most Influential People. Moreover, the same year, she was reported to be the highest-paid television personality.

Talking about the beginning, she rose to prominence in 2007 after her sex tape with her then-boyfriend Ray J went viral over the internet.

Eventually, she was the talk of the industry after making her presence on the reality TV show “Keeping Up With Kardashians” with her family.

The founder and owner of KKW Beauty, KKW Fragrance, and SKIMS, Kim Kardashian, separated from the famed rapper Kanye West “Ye” in 2022.

As of this writing, she is in a relationship with Pete Davidson, the American comedian.

The Ironman, with a heart of gold, Robert Downey Jr. is an American actor and producer famed for his presence in Marvel Cinematic Universe (MCU) movies. The world loves him 3000!

Robert’s life was not always gleaming good. He is a high school dropout and was sentenced in 1996 for speeding down Sunset Boulevard with heroin, cocaine, and an unloaded .357 Magnum pistol.

Doing his time in prison, the actor eventually revived his career and amassed commercial success, mainly with his onset in various Marvel movies.

To illustrate, Robert’s pay in the first installment of Ironman was a mere $500,000 however, he had garnered more than $70 million by the third installment of the film.

Follow This Link to Read About 18 Beautiful American Women…

The 50-year-old wrestler turned actor, Dwayne Johnson, is another popular personality who often rules the internet with his various appearances.

Dwayne Douglas Johnson, also known as The Rock, is an American actor, businessman, and former wrestler who has graced the list of highest-paid actors in the world numerous times over the past few years.

Johnson began his WWE career in 1995, however, he quit in 2004 to pursue acting full time.

He began his acting career with lesser-known roles, such as playing a villain in The Mummy Returns, and now has recurring lead roles in the famous movie franchises, including Fast & Furious and Jumanji series, among other box office hits.

The multi-billionaire American internet mogul, entrepreneur, and philanthropist, Mark Zuckerberg, without a question, is one of the most famous people on this planet.

Best known for co-founding Facebook and its parent company, Meta Platforms, Zuckerberg serves as the chairman, CEO, and upper-hand shareholder of the enterprises.

In 2004, Zuckerberg and three of his Harvard University roommates founded the Facebook, a social networking service as a way of connecting with others.

Coming in 2012, he took Facebook public, offering the majority of the stock while owning around 15% of the company.

The South-African-born Canadian entrepreneur Elon Musk is a business magnate and investor.

The CEO of Tesla Motors and now a majority stakeholder of social media platform Twitter, Musk is the richest man on this planet, with a current net worth of $228.8 billion.

In 1995, Elon and his brother founded the web software company named “Zip 2,” which was later sold for $307 million.

The man owns a total of 21% of Tesla’s stock, converting to billions as the global market capitalization of Tesla is a whopping $735 billion.

Elon Musk is an inspiration to millions of people on this planet who love him for his cool attitude and big visions, thus making him the most popular guy globally. 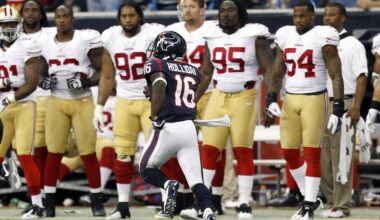 Read More
NFL players are some of the biggest, strongest, and fastest athletes in the world. Since its origination in…
TTop List 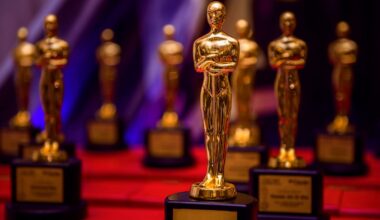 Read More
Oscar Snubs You Totally Missed!! Every year, the Academy of Motion Picture Arts and Sciences holds the award…