Home 15 Most Expensive Motorcycles in the World
TTop List

Only limited editions of such ravishing and glorious beauty are produced.

These pure utter masterpieces flaunt their lavish core, unparalleled rebellion, and priceless tag while capturing the heart of millions of bike lovers.

So, let’s go on an adrenaline-rushing adventure with these 15 most expensive motorcycles in the world.

Most Expensive Motorcycles in the World

The given information and details have been compiled from trusted sites on the web, including Hot Cars and Wikipedia.

NCR Leggera 1200 Titanium Special is one of the most expensive motorcycles in the world.

Based on the Ducati Hypermotard, the superbike is a modified version of the NCR Corse.

Besides, its other notable features include a titanium frame weighing 10.6 lbs., a full carbon body, carbon-ceramic brakes, zerg silencers, etc.

Only 52 units of these chic retro-looking superbikes were produced.

Besides, its rear-wheel pumps out 250 bhp and produces 133 lbs-ft of torque.

Holding the 13th spot is MTT’s most powerful turbine-powered superbike.

This exclusive beauty boasts a turbine engine that produces 420 hp and 500 lb-ft of torque.

Coming to this spot is one of the fastest motorcycle productions in the world.

Further, the Suzuki AEM Carbon Fiber Hayabusa is worth $200,000.

Holding the 10th spot is one of the lightest and most sophisticated NCR bikes in the world.

The Italian designer Aldo Drudi made this rare motorcycle with a sleek style in 2003.

Ducati Testa Stretta is made up of carbon fibers, enhanced aerodynamics, and retuned engine head. Besides, this aggressive-looking beast weighs just 297 lbs.

Besides, its whole body is made up of carbon fiber from the swingarm, rear subframes, and fuel tanks to the rims.

Read About 30 Richest Celebrities In The World

Ecosse’s exclusive version, TiXX, is one of the fastest bikes in the world, which can reach a top speed of 250 mph.

Vincent Motorcycles built one of the world’s fastest and most expensive bikes in 1948 by producing the classic Vincent Black Shadow.

From 1948 to 1955, the company manufactured three different versions of the Black Shadow.

The Dodge Vehicles made history by producing one of the world’s most bold and marvelous bikes, the Tomahawk.

Read About Most Expensive Headphones

Holding the fifth spot is one of the most futuristic superbikes in the world.

Harley Davidson, one of the most renowned chopper bikes manufacturers in the world, built this chic-looking bike in 2002.

While the most fascinating part of this bike is its cosmic acrylic which Jack Armstrong, Neil Armstrong’s nephew, made by coating at least 37 coats on the top portion of the bike.

Further, this unusual Harley’s cosmic starship is worth a whopping $1.5 million.

With a price tag of $3 million, Yamaha’s BMS Chopper is the fourth most expensive motorcycle in the world.

This gorgeous bike comes in tangerine, and silvery shade, weighs just 265 lbs. and can reach a top speed of 250 mph.

Besides, it features a full carbon body, titanium frames, a double aerodynamics system, a single-sided swingarm, and ceramic composite brakes.

Further, this four-stroke engine bike produces more than 200 bhp and is worth $3.6 million.

Besides, it was the only twin-cylinder bike to win the world title.

The British company AMC produced AJS Porcupine in 1949. It can reach a top speed of 135 mph and pump out 48 bhp.

At the top comes the out worldly seductive streetfighter motorcycle.

The US-based Neiman Marcus made just 45 units of this silver street-legal fighter bike worth a whopping $11 million.

This ultra-fast beast boasts a V-twin engine with an air cooler that can reach a top speed of 300 km/hr.

It features a seat for a single rider only.

Besides, this rare edition is made up of light carbon frames consisting of both aluminum and titanium and has wet-sump lubrication, six-speed transmissions, and a custom brake system.

The motorcycle is valued at a whopping $11 million. 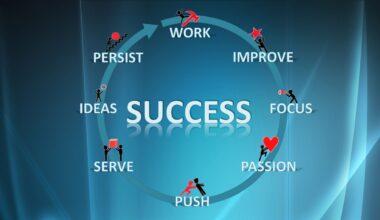 Read More
Things Holding You Back!! I won’t say all, but the majority of people want to be successful in…
TTop List
Pokemon’s base stats, evolution, and attacks determine their weakness or strength. Every type and generation of pokemon has…