Have you ever caught yourself thinking about the richest sports in our world?

Speaking roughly, there are almost 800+ different sports played around the world. Sports are a very essential part of our life.

People often choose their favorite sports regarding their personal preference, which is highly affected by the place they live, the history of their country, the money it brings, and so on.

Undoubtedly, the sports industry is one of the biggest industries on the planet.

For instance, the UK sports industry alone is worth £23.8 billion. Moreover, it generates job opportunities for nearly one million people.

The massive inundation of cash in sports has seen professional athletes earn millions of dollars and take their place as some of the wealthiest individuals in the world.

The industry is responsible for organizing, promoting, and facilitating the requirement of any sports which helps people to enjoy and participate in them. And thus, it collects revenue from the viewers.

Here are the top 12 richest sports in the world!!

Richest Sports in the World

The details and information has been compiled from trusted sources on the web including Wikipedia.

Commonly known as the “Girls’ game,” volleyball was established by William G. Morgan back in 1985, and the real competition began in 1913 when it was played in Manila at the first far East Games.

Similarly, the game was introduced to Europe by the American servicemen during the time of the first world war.

To illustrate, volleyball is an indoor sport comprising two teams who compete with one another by passing a ball over a separating net with three hits for each team at a time.

Moreover, almost 444,780 girls participate in volleyball annually. As a matter of fact, it is a great option for those people who find basketball really strenuous.

Today, volleyball has a global market value of $261.1 million and is most popularly played in Brazil.

Furthermore, more than 800 million people play this game for both recreation and challenge.

Some of the current best volleyball players include Karch Kiraly, Ivan Zaytsev, Jenia Grebennikov, Matthew Anderson, Facundo Conte, and so on.

All around the world, biking or cycling has always been a part of recreational activity, but this outdoor sport currently holds a top position in the sporting goods market in terms of sales.

It might sound crazy, but cycling accounts for more than 15% of the total income in the sports goods market, and its global sales have been rising since 2009.

To illustrate, the recent year’s global sale from cycling was around $46 billion (€33 billion).

All of us know that The Tour de France is the greatest and most challenging cycling event in the world. This annual men’s bicycle race collects up to $150 million each year.

However, it does not stop there; if they make it into UCI World Tour, even the minimum wage for these professional riders racks $2.35 million.

Did you know- Denmark is the best country for cyclists. This small nation facilitates over 12,000 km of cycle routes around its beautiful cities.

Some of the current best cyclists in the world include Tadej Pogačar, Wout van Aert, Julian Alaphilippe, and so on.

Car racing earns the tenth position due to all marketing, sponsorship, merchandise, ticket, and broadcasting money.

In fact, Formula One (F1) is the world-renowned high-class international racing authorized by the Fédération Internationale de l’Automobile.

To illustrate, this popular motorsport collected over $1,830 million in revenue just during the last season.

Likewise, it is very popular during the Monaco Grand Prix, which is an annual event for conducting the Formula 1 races.

Every year, this event takes place on the Circuit de Monaco and brings 87.4 million car-racing enthusiasts.

Not only this, but the ticket package for each spectator to Monaco Grand Prix ranges from $5,950 to $8,990.

With a $5 billion current global market value, car racing is expected to reach $7 billion the next year.

In major racing events like the Grand American Rolex Series, the race car drivers earn up to $2 million each race!

To name a few of the greatest and richest race car drivers, we have to include Ken Block, Eddie Jordan, Lewis Hamilton, and Michael Schumacher in the list.

Another rich sport on the list holds its major popularity in Australia; tennis is actually a very classic sport and has grown to be much more famous in these recent years.

Moreover, the gaming equipment required for tennis strongly dominates the market with a total of $800 million (in 2019). Not only this but this number is expected to reach almost a billion in a period less than another decade.

Likewise, the tennis racquet business alone is currently worth more than $351.8 million.

About the earnings, a professional tennis player makes an average annual salary of $64,033. In addition, the average career prize money is $300,000.

However, there are several high-end competitions and remarkable players who make way more money from this competing sport.

For instance, the French Open, which is one of the prestigious tennis tournaments, had a winning prize of $2.6 million last year.

Boxing has always been one of the competitive and entertaining sports, dating back to centuries ago. The excitement and thrill it brings to people’s lives is the reason people of every age group are hooked on it.

Currently, this sport has a global market value of $348.4 million.

Talking about the players, they earn anywhere between $1,000 and $4,000 per fight. However, this amount rises up to $10,000 for each bout depending upon the player and the event.

For example, a professional boxer makes around $50,000, on average. And not to forget all those sponsors and endorsement deals making this game one of the richest sports!

Some of the noteworthy players in this sports are Saul Alvarez, Sugar Ray Robinson, Manny Pacquiao, and a lot of others.

Now that we mentioned Manny Pacquiao, the world may never forget that fight between him and Floyd Mayweather. The match between these two pro boxers brought 4.6 million pay-per-view!

Moreover, the fight of the century collected a revenue of more than $400 million.

The seventh position is reserved by this crazy entertaining game with global spectators of almost 3 billion people- Cricket!

It is an absolute popular sport in the countries like India, Pakistan, Sri Lanka, Australia, South Africa, Bangladesh, and the United Kingdom.

Cricket has a global market value of $6 billion, and the average earning of a professional cricket player is $60,000 per year.

The Indian Premier League alone grossed $633.62 million in the last year. Moreover, each team from the IPL made an average of $79.2 million.

Some of the remarkable cricket players are Sachin Tendulkar, Ricky Ponting, AB de Villiers, Virat Kohli, Kane Williamson, and many others.

Read About Top 10 Best Cricket Stadiums in the World…!

Commonly known as the “game of rich old people,” golf has finally come around to be liked and persuaded by every other individual in recent times.

Globally, this interesting game has a current market value of $7 billion. And it has managed to engage more than 30 million people in the US alone.

Talking about the money, the amateur players make an average of $24,072 per year. To illustrate, this rate roughly translates to $12 per hour.

Nevertheless, the pro players make around $51,890 per year. Furthermore, it even reaches $80,000 with the help of other campaigns and endorsements.

To illustrate, the winner at the US Open bagged $1.8 million from just that tournament.

We have always heard the name of Tiger Woods, the pro golf player of all time. Woods took home $43.3 million only last year and made a lot more from sponsorship deals.

Likewise, some other great players include Arnold Palmer, Gary Player, Greg Norman, Ben Hogan, and so on.

Soccer is one of the most popular sports in the world, played in almost 200 countries around the globe.

With engaging over 3.5 billion people in the world, the global market value of the soccer industry is approximately $600 billion.

There are several leagues that collect an extravagant amount of revenue in the football business. For instance, the Premier League bags an average of £2.3 billion annually.

Some of the greatest players in this field are Cristiano Ronaldo, Lionel Messi, Sergio Kun Aguero, and so on.

Read About The 30 Richest Soccer Players in The World Of All Time!

The fourth position in the list of top 12 richest sports in the world is captured by Ice Hockey, the game which has a global market worth of $60 billion.

The game is immensely popular in Canada; however, it has a fan base of over 2 billion people from all over the world.

The average salary of professional ice hockey players is more than $2.5 million, while the starting pay is around $700,000.

A year back, the National Hockey League (NHL) grossed $4,338 million.

Moreover, NHL provided $140 million to each franchise that was part of the league.

Furthermore, the sport grabs a lot of sponsorship and endorsement deals contributing to its revenue and the net worth of the players.

Having said this, Joe Sakic is the highest-paid ice hockey player to date. Some other remarkable players are Connor McDavid, Wayne Gretzky, and so on.

The third position in this list is taken by American football, enjoyed by over 400 million spectators around the globe.

According to current reports, the global market of this sport is worth $15 billion.

The National Football League (NFL) is the prestigious league for this sport comprising 32 teams. The average salary of NFL players is $2.4 million.

Some of the brilliant players from the NFL include Tom Brady, Drew Brees, Patrick Mahomes, Aaron Rodgers, and so on.

Basketball is a sport mainly popular in nations like the United States, China, Japan, the Philippines, and Canada.

The game has a current global market worth of $90 billion, and this figure has helped it to secure the second spot among the world’s top 12 richest sports.

Nevertheless, the average annual salary of the National Basketball Association (NBA) player is more than $3.5 million.

The world shall never forget Michael Jordan, the greatest basketball player who brought this sport to global popularity.

Some other notable players include Shaquille O’Neal, LeBron James, Stephen Curry, Chris Paul, and many others, not to forget the late legend, Kobe Bryant.

Now, at the top of this list, Baseball occupies the position which acquires the global market capitalization of $40 billion.

Even though this sport is not actively enjoyed in a lot of countries, it remains one of the most popular sports in the world.

The annual salary of a professional baseball player is around $8.5 million.

Some other great players include Clayton Kershaw, Josh Jung, Seth Beer, and so on. 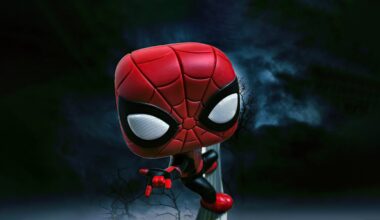 Read More
Which are the 15 most expensive Funko Pops in the world? Funko Inc. officially launched cute pop vinyl…
TTop List
Do you know what the most valuable comic books are? Can you guess how much they cost? Fear,…