Are Lego sets just for children to play with? Absolutely Not! Lego sets can be pretty expensive and rare.

So much that Lego collectors pay thousands of dollars to add rare and most expensive, Lego sets to their collection.

Since then, it has produced Lego sets of various themes that fit both children and adults.

The face of Lego with limited colors and stackable squares has evolved a lot to include movable and lighting features incorporated in the magnificent sets.

Ninjago City retailed for $300 and included sixteen mini-figures as well as a movable lift to link the set’s three stages.

Moreover, this massive toy stands two feet tall and sixteen inches deep, has a sushi conveyor belt and a rotatable crab cooker, among other interactive elements.

One of the most recognizable landmarks in the world, the renowned Tower Bridge of London, England, has been stretching over the River Thames since 1894.

A Lego set of the iconic London bridge costs a whopping $239.99.

Tower Bridge was built using innovative architectural methods and unique colors and materials with its famous twin towers and a drawbridge.

A black London cab, a typical red double-decker bus, a yellow lorry, and a green car are among the four tiny vehicles included in the set.

The Tumbler: Joker’s Ice Cream Surprise is a Batman-inspired set produced in 2008.

It is largely inspired by a scene in Christopher Nolan’s The Dark Knight movie, in which the Tumbler chases after the Joker’s vehicle.

Furthermore, the film’s release date coincided with the launch of this pack.

By pressing down on the ice cream cone, the Joker’s ice cream truck can also launch missiles.

The average price of a sealed Rebel Snowspeeder set on the market is $500.

It is the interpretation of the iconic airspeeder from Star Wars: Episode V, The Empire Strikes Back.

The designers’ devotion to tiny details, such as the precise angle of the beams, accurate controllers in the cockpit, and power-coupling stickers, contributed to the high worth of this limited-edition speeder.

The average price for the sealed Joker Manor set is about $500. Joker Manor is a massive 3,444-piece set based on the lair of the Joker in “The Lego Batman Movie.”

The Manor is the fifth-largest Lego kit of 2017, featuring its own roller-coaster track.

A spinning ‘big eye’ structure, a Joker head with trap and slides, and punching boxing gloves are included in the set.

Furthermore, the interior has an entry hall with four bendy plastic ‘mirror’ components.

Moreover, it was initially priced at $270.

The average cost of an unopened set of Ultimate Collectors Y-Wing Attack Starfighter is $545.

The Y-Wing Attack Starfighter is a 1,485-piece Star Wars set released in 2004 based on the first series’ spacecraft.

It’s a huge ship with a lot of unique features and a good display platform.

Moreover, a red astromech droid and a display stand, and a collectible card with the ship’s technical specifications are also included in the set.

The average cost of an unopened set of Ultimate Collectors Imperial Shuttle is $763.

The original Star Wars trilogy’s Lego Imperial Shuttle is massive. It is over two feet broad by over one and a half feet in length, weighs about nine pounds, and has 2,482 components.

The Lambda-class T-4a shuttle was a typical light utility ship used by the Imperial military to carry troops and, more frequently, high-ranking people like Darth Vader and Emperor Palpatine.

The standard pricing for a vintage Motorized Bulldozer set is $800. It came out in 2007.

The current average sealed set costs about $618. Not only do Technic models appear realistic, but they also come with additional components and stickers for further constructions.

The power functions control system, two receivers, a battery box, two motors, and two large motors are all included in this set.

Six AA batteries and three AAA batteries are required to run the motors. Unfortunately, these are not provided with the set.

The sealed set of Imperial Flagship costs about $860.

The Imperial Flagship is perhaps the most spectacular of the Pirates II line’s 2009 releases.

There are 1,619 pieces in this pirate-hunting ship, with nine minifigures included.

The ship is equipped with four guns, each assigned to one of eight cannon hatches.

Furthermore, the item is massive, weighing in at over six pounds.

Sadly, it’s difficult to obtain a new and sealed set.

At $8 billion, covering site costs, the real Marina Bay Sand was described as the world’s most costly standalone casino facility when it opened in 2010.

It includes an observation tower, a crumbling castle, a weapon, a pirate raft, a crane, a pet monkey, a shark, and a second small boat with two imperial pirate hunters.

Except for Governor Broadside, this set includes every mini-figure from the 1991 Pirates collection.

The average sealed Taj Mahal Lego set costs $1,000. This set was one of the Lego Sculptures collections and was modeled on India’s renowned Taj Mahal mausoleum.

With 5,900 pieces, it was the biggest Lego kit ever made at the time of its introduction.

However, the Taj Mahal was designed for skilled builders and was never meant to be played once completed.

Moreover, the minarets, domes, finials, and arches of the actual structure are accurately represented in the model.

The Lego set costs $1,000. The Space Police Mission Commander is a morphing police spaceship/base from the Lego Space series launched in 1989.

The Space Police I set 6986 Mission Commander was released in 1989.

A big Space Police starship, a tiny vehicle, two Space Police I red-neon prison cells, and two small spaceships are all included in the set.

In 1997, Pirates Perilous Pitfall was released as a Pirates package. The original Pirates series of Legos came to an end with this set.

A tumbling boulder, a functioning drawbridge, and six mini-figures are included in this 368-piece kit.

In addition, three pirates and two Imperial Armada Conquistador mini-figures are included, along with Skully, a crocodile, a treasure chest, and a cannon.

The average retail price for an entire set today is $1,031. The Eiffel Tower kit was created in response to Lego fans’ demands.

Moreover, four miniature lifts and a small French flag are included with the package.

The tower is mostly grayish, with some tan and white sections built in the base.

The Cafe Corner Lego set costs about $1,061. This Lego set with 2,044 pieces is pretty impressive.

It’s a building featuring a cafe on the ground floor and a hotel on the upper floors, and it’s part of the modular buildings range.

Cafe Corner and Green Grocer are two of the most popular models.

Moreover, the building makes a brief appearance in The LEGO Movie Videogame, where it can be seen close to the construction area in Bricksburg.

The Lego set costs about $1,098. Darth Vader’s starfighter has been modified with all the latest Star Wars gadgets required to battle rebels in this 1,212 piece set.

This Lego set is really difficult to come by for some reason.

Therefore, this set may be classified as a Clone Wars set and an Ultimate Collector’s Series set.

To date, no other set has included as many Clone Trooper mini-figures as this.

Moreover, moveable laser guns, flick-fire missiles, an open cockpit and storage space, huge wings, and a Technic locking pin are all included in the Dropship.

The giant Truck Lego set is one of the most expensive Lego sets ever made. For an unopened set, the average retail price is $1,269.

It must not have done well back then because it is today a sought-after Lego collectible.

Read About Top 20 Most Expensive Cars

Battlements, a fortress, a gateway, a drawbridge, a prison cell, a concealed trap, and a secret chamber are all included in the final castle.

It also includes warriors, guardians, a princess, and a ghost that glows in the dark.

It was created in the year 2000 and has since been discontinued.

The majority are secondhand, and some have sold for less than the initial $140 retail price.

They’re significantly more costly if you can find one brand new in the box.

The figure was dressed in blue overalls with a red shirt and blue pants. A green hat was also present, tilted to the side.

A “functioning” carbon freezing chamber is included in the kit, allowing you to drop Han Solo down.

It also includes a special Boba Fett mini-figure with regular printing on his arms, legs, and belt, as well as armor plating.

The average retail price for an unopened set of Market Street is $1,623.

This set was created with teenagers and adults in mind. The set included a cabling system that allowed the builder to add lighting to the structures.

Three figures, a curving stairway, and replaceable floors were also included in the set.

Excluding her pedestal, the final sculpture was 33 inches tall and was built entirely of a brand new Lego product: sand green bricks.

Sand Green bricks were used for the first time in this LEGO kit.

Build the Statue of Liberty with NEW Sand Green Bricks’ was the headline of the main Store at home entry, which labeled the Sand Green bricks as “NEW.”

So even though the “Star Wars” prequels didn’t sell a lot of toys, Darth Maul has stayed a collectible choice.

This 1,868-piece collection of the three-horned alien from “The Phantom Menace” villain is a stunning figure.

The average unopened set has a selling price of $1,867.

The kit includes the huge Destroyer and a platform to support it and a miniature Rebel Blockade Runner ship and its stand to demonstrate the size of the two ships when assembled.

The Imperial Star Destroyer kit was a first in two ways: it was the first Lego model with over 3,000 pieces, and it was also the first to be suggested for people above the age of 16.

For an unopened set, the average retail price is $1,879. The Lego Fantasy Era Castle Giant Chess Set is a wonderful collection.

It is a chess set with Castle-themed pieces and decor produced in 2007 and 2008, including mini-figures.

On eBay, the handbook itself has sold for $75.

This Lego set can cost $1,897 unsealed. In 2005, a replica of the half-built Death Star II from the film “Return of the Jedi” was released, although it did not sell well as the Death Star I model.

The Death Star II became a highly prized collectible as a result.

Even though it was retired in the UK in 2007, it remained on sale in North America until early 2009.

Because it did not sell nearly as well as its even more costly cousin, 10188 Death Star.

The average sealed set can cost $1,900. The Skull’s Eye Schooner is from the original Lego pirates series.

The ship is armed with four guns, even though the four hatches on each side indicate that the armament is twice as large.

For a sealed set, the average retail price is $2,254. With almost 660 pieces, the King’s Castle was a big model for its time.

A rectangular wall surrounds the castle, with two towers in the back area and a gatehouse in the front. 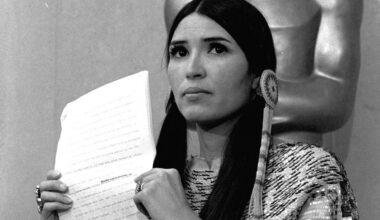 Read More
Did you know some celebs in showbiz have totally refused to claim the most prestigious awards? But, why??…
TTop List 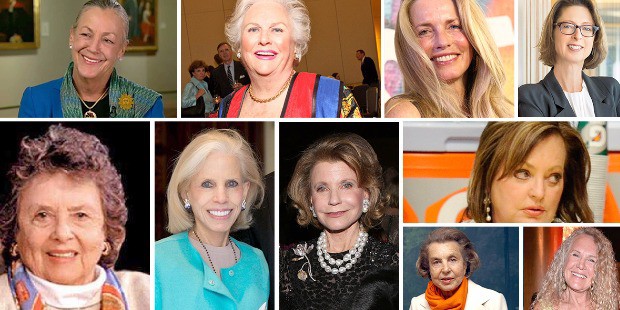 Read More
Richest Women in the World!!! We all know Bernard Arnault, Jeff Bezos, Elon Musk, Bill Gates are among…