Whenever referred to the word “Sports,” only instant thrill and unrivaled delight fill your spirit.

With the presence of sports for more than a century, it has been the epitome of entertainment, pleasure, and of course, money in terms of the modern world.

With the skyrocketing popularity of several sports in the world, the players pursuing that specific sport as their career have become successful to amass tens of millions through the salary and endorsements.

Today, we peek at such ten highest-paid sports, which have raised some of the richest athletes in the world by deducing the market value of that sport, the average salary of the players in that sport, and the average earnings of top players of that sport.

Highest Paid Sports in the World

The information and details has been compiled from trusted sites on the web, including Players Bio and Wikipedia.

With a fandom of almost 2.5 billion people worldwide, Cricket is one of the most eminent sports in the world.

Cricket is widely popular in India, Pakistan, Srilanka, Bangladesh, and the UK.

With its increasing thrill and domination in the sports world, Cricket has amassed a global market revenue of $6 billion.

The world’s No.1 cricket player from India, Virat Kohli, bags more than $1 million per year alone from his salary. Whereas he makes more than $20 million from several lucrative deals.

Tennis is one of the world’s most popular sports where almost 60 million men and women are indulged as pro players.

This incredibly hyped individual sport has a global market value of $6.06 billion. And roughly 1 billion people of all ages love this sport as one of their favorite pastimes.

Mainly, tennis has the greatest fandom in Australia. A pro tennis player at least makes $64,033 as their minimum salary a year.

Whereas the top tennis players easily make more than $7.5 million per year on minimum. And the prize money can sum up to at least tens of millions.

Serena Williams is the highest-paid tennis player in the world and has a net worth of $250 million. She bags around $30 million each year from her tours and sponsorships.

Cycling is one of the most refreshing, fun, spirited, and lucrative sports in the world.

With the increase in popularity of the sport in the world, Cycling has gained a market value of $57.49 billion.

And the world’s elite tournament for pro cyclers is the UCI Road World Championships.

Mainly, the leading cyclists in UCI are from Italy, Spain, and France. Whereas it is also popular among the Belgians, Swiss, British, Americans, and Dutch.

Whereas the cyclists who compete in the UCI event bag around $2.4 million as their average salary.

Golf is one of the most popular sports in the world, enjoyed by any age group.

There are about 25 million active golfers present on this planet. And golf has a fanbase of almost 450 million people worldwide.

Mainly, the majority of the fans are from Ireland, Canada, the UK, the US, South Africa, and Japan.

With a global market revenue of $7 billion, Golf is one of the most lucrative sports in the world.

The major tournaments held in golf are The Masters, The U.S. Open, The Open Championship, and PGA Championships.

The pro golfers make at least $67,000 per year. Whereas the winners of the pro tournament bag more than $1.5 million. Not to forget the fortunes they make from the lucrative sponsorships.

Tiger Woods is the all-time money leader in golf who has made around $62 million per year from salary alone in his pro career. The second-highest-paid golfer is Phil Mickelson, with earnings of $42 million/year.

Read About 20 Most Influential People of the 20th Century

One of the most thrilling and passionate sports in the world is Formula 1 Racing.

Around 425 million people in the world are Formula 1 racing freaks. Mostly the sport has huge fandoms spread in China, the UK, the US, Mexico, Brazil, and India.

Each year, Monaco Grand Prix hosts the greatest motor event in the world, Formula 1, in Circuit de Monaco, at the end of May.

The racing sport has a global market value of $5 billion and is home to more than 50,000 greatest motor racers from almost 30 nations.

Formula 1 is the incredibly lucrative motorsport on the planet. The drivers can earn massive fortunes from the race prizes, endorsements, broadcasts, tickets, marketing, bonuses, etc.

From 2021, Formula 1 has permitted each racing team to splurge $145 million only on their performance expenses.

Over the years, Canada’s national sport, Ice Hockey, has amassed popularity in the US, Russia, Sweden, and Finland.

Today, it is one of the four major American sports in the world, with almost 2 billion fandoms worldwide.

With its escalating hype, Ice Hockey has garnered a market value of a whopping $60 billion.

As the fourth most popular big sport in the US, NHL players have an average salary of $3.3 million. Whereas the players can earn a minimum of $750,000.

Further, top NHL players get to earn tens of millions from their endorsement deals.

Without any doubt, Soccer is one of the most popular and highest-paid sports in the world.

More than 200 countries on this globe treasure its 250 million soccer players. Almost 3.5 billion soccer fans tune in to watch their favorite sport.

FIFA World Cup, which takes place every four years, is one of the most eminent sporting events with large viewership in the world.

It has more craze than the Olympics.

And every four years, these top five European leagues compete in the UEFA European Championships.

With a market value of a staggering $600 billion, soccer is home to more than 100 millionaires and a few billionaires.

Mainly, the Premier League’s players make more than any other league player in the world.

The average salary for the Premier League’s player starts from $3.9 million. And, with huge endorsement deals, they make some of the richest athletes in the world.

The richest soccer players of all time, Cristiano Ronaldo and Lionel Messi, each earn more than $100 million per year from their salaries and endorsements.

Ronaldo and Messi became the only billionaires in the soccer world in June 2020 and September 2020 (with taxes).

America’s favorite pastime, Baseball, has grown too old for the modern sports fan.

The sport has become less appealing to the public with its 162 gaming seasons that last more than six months, including the tournaments (longer than the NFL and NBA).

However, it is one of the highest-paid sports in the world.

As with the start of the fresh 2022 season, the MLB has gained a 9% increase in its major league’s revenue. Each major teams in MLB have an average revenue of at least $2.06 billion.

The top MLB league Dallas Cowboys is now worth $6.5 billion, and New York Yankees are worth $6 billion. While Los Angeles Dodgers is worth $4.07 billion.

Besides, with the new five-year deal with the CBA (California Baseball Academy), the average salary of the top MLB players has boomed from last year’s $4.17 million to $4.4 million.

The MLB has seen a 5.9% increase in the average pay of its players with extremely valuable new jersey patch and helmet decal deals.

And it is estimated that these deals may even surpass the NBA’s endorsements pay in the upcoming days.

Further, eight of the top 10 largest contracts were signed in the MLB.

And Los Angeles Angels, Mike Trout is the leading player in earnings with a 12-year deal worth $426.5 million in MLB history, which he signed in 2019.

NBA is the major league of basketball where 29 of the teams are from the US and one from Canada. Besides, NBA is one of the big five sports in America.

Mostly 15 countries greatly follow basketball. Some of those countries include the US, Canada, Spain, Brazil, China, and the Philippines.

With a market value of $90 billion worldwide, NBA splurges its players with at least $7.3 million on an average annual salary.

In 2021, the two-time NBA MVP, Steph Curry, signed the greatest contract in NBA history. He made a four-year extension deal with the Golden State Warriors for a whopping $215 million.

Further, Curry is the NBA’s highest-paid player, with an average annual salary of $45.7 million.

More than 3.5 billion people love American football. And of which 63.7 million fans are from Canada, Brazil, Mexico, the UK, China, and of course, the US.

There are 34 players in NFL who earn at least $20 million as their average salary each year.

In 2020, the Chiefs signed Mahomes a ten-year deal worth $503 million. The contract is the highest one in any sports history.

Besides, Patrick Mahomes is the highest-paid NFL player in the world.

Other richest NFL players on this planet include Tom Brady and Aaron Rodgers. 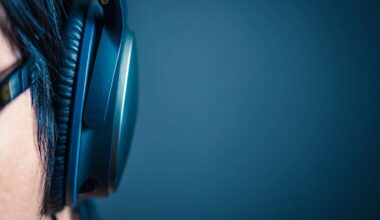 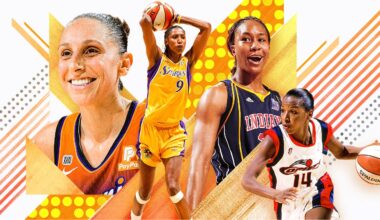