Home 10 Most Dangerous Sports in the World
TTop List

Do you have any idea which is the most dangerous sport in the world?

Sports have been there for centuries to entertain us and add some extra thrill into our lives.

Whether we play it on the field, watch it being played by some of our favorite professional athletes, or stream it, the adrenaline keeps on kicking, on and on.

But how do you define danger in the first place?

With no centralized database under the topic, it is hard to come up with an accurate list.

Nonetheless, based on how risky the activity is and the chances of dying while practicing the respective activity, we have come up with the ten most dangerous and extreme sports in the world that the daredevils enjoy!!

Most Dangerous Sports in the World

The details and information has been compiled from trusted sites on the web including Word Atlas and Wikipedia.

Luge is one of the most dangerous and accurately timed sports in the world.

During the 16th century, Switzerland began playing Luge as a traditional sport. Later, after gaining popularity worldwide, it was added to the Olympic games in 1964.

In Luge, the athlete must go down on an ice track on their sled and reach the finish line in the fastest time possible.

At first, the lugers begin the race by sitting on their sled and then rubbing back and forth the track and launching themselves with the maximum speed possible.

Then, they paddle with their spiked gloves for a few feet to increase their speed. After that, they lie back on their sleds with their feet straight and face up the whole time.

As the sleds don’t have any mechanical brake or steering tool, the lugers must steer by applying pressure from their calves to the runners or moving their shoulders to shift their weight.

And, they must travel at the maximum speed of 90 mph during the race. The time taken to complete the series of runs determines the winner. The racing time is measured to 1000th of a second.

Thus, there is a high risk of crashes and fatal injuries while performing Luge. Besides, the majority of the lugers undergo bruises, scrapes, and muscle strains. In severe cases, they get their bones broken.

A Georgian luger died due to a fatal crash while training for the 2010 Winter Olympics in Canada.

Most popular in California and Australia, the professional surfers must paddle or tow into the 20 ft-80 ft tall waves using their surfboards in this sport.

Though it brings refreshment and thrill to the surfers, they face several risks while performing the sport.

Besides, the strong waves can slam the daredevil surfers 20-50 ft below the surface, break their bones spine, and cause head injury when they hit the seafloor or when they get hit by their own surfing board or of others.

Moreover, two or more consecutive waves can hold them underwater. And, once they stop spinning around, they have less than 20 seconds to regain their balance and get out safely to the surface.

Further, there are higher risks of hearing loss among the big wave surfers as they drown into 20-50 ft depth of water pressure.

Famous as “Heli-Skiing,” this sport is considered the most thrilling Alpine adventure.

In this sport, skiers reach out to remote places with the help of helicopters and perform off-trail, downhill skiing, and snowboarding at breathtaking speed.

Alaska and Europe began to practice Heli-Skiing in their remote snow terrains from the late 50s. But, Hans Gomser made it a commercial sport for the first time in Canada in 1965.

Switzerland has around 15,000 heliskiing flights every year and 42 landing sites.

Similarly, well-skilled pilots are a must for a safe ride throughout the journey.

Moreover, France and Germany banned heli-skiing in 1985. Whereas Austria only runs two landing sites. Further, the Swiss government received 15,000 petitions from its citizens to ban this deadly sport in 2010.

Ancient Greece established boxing as an Olympic game in 688 BC. Then, in the 19th century, England developed it as a modern sport. Now, the globally beloved sport has its own World Championships.

Boxing involves two boxers punching at one another for a pre-planned period of time in the boxing ring. During the game, the boxers wear protective gloves, hand wraps, and mouthguards.

In a professional boxing match, the boxers must knock out their opponents before they knock you down. So, it means punching the face, head, and other parts of the body of the opponent brutally.

And, one can win the boxing bout with a knockout, technical knockout, referee stoppage, or till one of the boxers doesn’t give up the exchange of punches in a long round.

Besides, the deadly match can lead to internal damage, brain damage, and organ damage in the long term.

The WBC (World Boxing Council) Champion, Prichard Colon went to a coma for 221 days after he got illegal shots from his 2015 match against Terrel Williams.

FIA’s WRC (World Rally Championship) is the world’s most famous motorsport event. Its history dates back to 1973 with the start of the Monte Carlo Rally.

The WRC features some of the world’s leading auto manufacturers and finest drivers on the planet. The rally racers drive every type of road around the world, from gravel tarmac to snow and ice.

Besides, the event runs every month of the year and during every climate, whether sunny, rainy, muddy, snowy, or foggy.

Each event runs over three days with around 20 timed special stages. And the mission of the rally racers is to complete each time stage as quickly as possible. The fastest crew at the end of the rally wins the race.

During each event, the drivers drive 2 to 3 high-tech modified versions of commercial cars. The car sits two crew members: a driver and a co-driver.

The co-driver uses the code language to guide every twist and turn of the road ahead from start to finish with a non-stop burst of information.

So that the driver can track the road with maximum speed. A single wrong calculation and lack of concentration while driving leads to severe crashes and even death.

Gymnastics is one of the popular Olympic sports. It originated as an exercise in ancient Greece in Sparta and Athens.

Later, Romans used it to train the soldiers for war.

Likewise, Gymnasts must perform the skill with the perfect movement of arms, legs, shoulder, back, chest, and abdominal muscle groups.

Thus, the athletes must be highly disciplined while performing this sport.

While honing the skills and performing them on an international level, the gymnasts are always open to face injuries to the body’s joints.

Each year, 100,000 gymnasts get injured, which makes it one of the most dangerous physical sports with the highest injury rates.

Though they are taught how to fall and land safely, the gymnasts suffer from frequent and more severe injuries while performing gymnastics.

A 16-year-old American gymnast Julissa Gomez slipped and slammed her head while performing the acrobatic gymnastic in the 1988 Olympics. She suffered from the neck down paralysis and died in 1991.

Holding the 4th spot of the most dangerous sports in the world is Rugby.

Rugby originated in 1823 in the Rugby School in England. Today, it is popular in more than 120 countries, including New Zealand and Australia.

Rugby is one of the most brutal sports one can ever imagine. Every 15 members on two teams collide heavily against each other throughout the whole game.

There are unbearable amounts of hits faced by every player while strumming, racking, and lining out to touch the ball to the ground in the opponent’s in-goal.

Besides, the rugby players don’t wear any protective gear except for a mouthguard.

During training or while on and off the game, the players suffer from common injuries like concussions.

Whereas, in severe cases, they have broken noses, fractured bones, dislocated fingers and elbows, ligament and muscular injuries, etc.

In England, it is popular as “Horse Riding” or “Equestrianism.” The horseback riding sport started in 682 BC during the 25th Olympiad in Greece with a four-chariot horse race.

This graceful sport involves riding, driving, and vaulting on a horse. Though loved as a hobby and favorite sport worldwide, horse riding comes with several threats.

It’s very essential to stay alert during horse riding as the horses may get spooked or take bad steps, which leads to accidents.

As a result, the horse may kick you off and stomp over you.

The most common injuries faced during horse ride accidents include fractures, bruises, concussions, etc. While in severe cases, the victims suffer from brain damage and paralysis.

This most stirring recreational sport requires jumping off from the objects and landing safely with a parachute.

Base jumpers must jump from the BASE (Buildings, Antennas or Towers, Spans or Bridges, and Earth or Cliffs). Nonetheless, the most popular base jumping is wingsuit base jumping.

Base jumpers jump from less height compared to skydivers. But, it is considered the most dangerous type of parachuting sport.

Skydivers have three parachutes to deploy. While the base jumpers have only one parachute to deploy. If the chute doesn’t get deployed or a strong wind hits them, or if their body position gets unstable, then it’s a sayonara.

Whereas in not-so-fatal cases, the athletes will get ankle sprains, fractures, concussions, and bruised knees.

More than 180 base jumpers have died till now due to heavy strikes with canopy or objects.

At the top of the most dangerous sports in the world comes Bull Riding. Bull Riding is America’s popular rodeo sport.

During bull riding, the athletes must stay on top of the bull and hold on to a rope tied on the bull’s foreleg with one hand for 8 seconds.

The athletes should not touch themselves and the bull in any case. In the end, the successful 8 seconds mark their score.

The bull riders wear padded vests, leather chaps, spurs, and helmets to protect themselves from severe injury during the sport.

But, even these protective outfits can’t completely save them from the injuries that they can get from the wild and heavy bulls.

Anything you can do to damage the human body can occur during bull riding. Besides, almost each professional bull rider has encountered punctured lungs, broken ribs, broken jaws, fractured faces throughout their career.

And, for the worst scenario, one can lose life during this thrilling and deadly sport.

Read About 18 Most Dangerous Jobs in the World 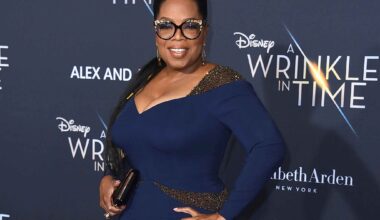 Read More
Unlike the actors that we see in movies or series, TV hosts are expected to be authentically themselves…
TTop List 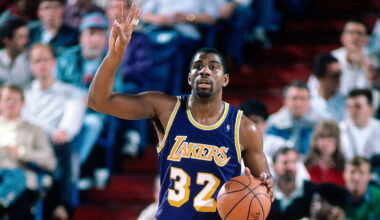 Read More
Are you interested in basketball? Have you ever thought about the top 10 point guards in the NBA?…