Being a kid in the 90s means spending most of the time playing video games.

Be it bouncing on a Goombo in Super Mario, finding the master sword in the legend of Zelda, or honing your skills in duck hunt. All things you probably did with your old Nintendo console.

Nintendo, a Japanese company, totally revolutionized the way games were played back in the day. Owing a Nintendo console was a thing of prestige.

But have you ever wondered about the rarest Nintendo consoles? The rarer the gaming console, the expensive it gets.

Here are some of the rarest Nintendo video game consoles of all time.

The Advance Wars DS is unique because it has a camouflaged exterior, and only 50 of them were produced.

This gaming console was made to advertise the Advanced Wars DS in 2005. It came up in an army ammunition box; inside was a console, a cup, and a copy of the Advance Wars DS.

This is special since it was released in Japan to celebrate the release of Poke red.

This game boy has a Charizard logo in the front with a simplistic design and is currently valued at $1000 in the market.

Currently, it costs about $300 in the market.

Animal Crossing Wild World DS is one of a kind console produced by Nintendo. This DS is the only version of its DS in existence.

Released in 2006, it was designed to give away in a contest.

Metal Gear has a long history in other platforms, but play station is the first console that comes to mind when we hear “metal gear.”

However, there is custom-built metal gear solid 3Ds by Nintendo.

It is the fascinating black gaming console released in 2012.

Released in 1996, the Nintendo 64 Pikachu edition is one of many consoles which revolved around its popular game, Pokémon.

The Nintendo 64 has the raised relief Pikachu on top of its console, which made it unique during its time.

Some consoles even allowed the users to save their in-game into them.

The Persona Q 3DS is blue and purple and is incredibly hard to find.

Nintendo was a gaming giant at its time though it could not beat its competitors, the PlayStation and Xbox, so it was doing everything to stay in the game.

This GameCube had to be made in a hurry for the Christmas broadcast by MTV in 2003.

The first MTV edition GameCube was a camouflaged console with MTV written on top of it.

MTV loved the console so much that they ordered 9 of them. Later, other game cubes were also made based on fashion designers Tom Ford and Paul smith.

McDonald partnered with Nintendo to create the console, which contained specialized software and was distributed to McDonald’s chain throughout Japan.

The console was developed as a training tool for the employees which contained training videos and instructions.

The console is of matte black color and has a McDonald’s sign in the front.

The console was first released in 1998 and created a buzz in the gaming market.

It is equipped with an 8 bit CPU which is precisely double its predecessor memory.

The Game Boy came with a silver/gold colored finish with Pokémon decals making it look attractive than it already was.

Back in 2001, after Sony released Play Station II and Microsoft released Xbox, both had a new feature at that time, DVDs.

Nintendo released the GameCube, but it did not have DVD players instead had a game CD, so they had to come up with something with a DVD player in it.

Hence, the Panasonic Q was born.

Nintendo later partnered with Panasonic to introduce its first console with DVDs called the Panasonic Q, which is worth around $700 today.

The Panasonic Q was discontinued in 2003 probably because the customers could buy a GameCube and a DVD player on a much cheaper budget than the Panasonic Q.

The limited-edition 2009 World Championship DSI was given away as a prize by Nintendo during their event in San Diego.

The console consists of blue-colored Pokémon decals, which were particularly available in this particular console only.

Only a handful of people were able to get this console.

La Noire, a game by Rockstar, was launched in Play Station and Xbox.

There were PCs, Xboxes, Play Stations, and a La Noire Nintendo switch which was one of a kind. The switch does not have a price tag in the open market.

It has a golden finish with a matte black key to make it look elegant.

The Nintendo Virtual Boy was one of the most extraordinary things of the 90s. It was released in 1995 and was able to display 3d graphics.

The console took around four years to build and was way ahead of its time.

As a result, less than 1 million units were sold and later discontinued because they failed commercially.

Released in 2017, the console is of bright yellow color with Pikachu written all over it.

In addition, it gets a larger screen than the previous 3DS versions and also has an estimated 6.5 hours of battery life.

The Nintendo Wii supreme is made using 22-carat gold and weighs around 2.5 kg.

The console is so unique that it takes around six months to craft one.

Only three units of the Nintendo Wii Supreme were produced in the world.

The console also contains a front button made up of diamonds, making it the rarest and the most expensive console ever produced by Nintendo.

The Gameboy SP 24k gold edition is as classy as it can get. A Gameboy with a 24k gold plated body. How cool is that!

In 2004 the Legend of Zelda Minish Cap was released in Europe for Gameboy advance.

With the games released, Nintendo also had a bundle pack for every purchase with the game and a gold-colored SP.

Overall, six out of 25,000 bundles contained a golden ticket which claimed one out of six 24 k special edition game boy. That’s how rare this game boy is.

Nintendo Canada made only 6 Art of Wii consoles in partnership with Magic Pony and Udon Entertainment.

Each of these consoles was unique since each of them was hand-painted by different Canadian artists.

Furthermore, this model was created by Gary Taxali and is one of the rarest consoles by Nintendo.

The Famitsu 500 Gameboy Light is one of the rarest Gameboy made by Nintendo in 1998.

It uses two AA batteries which give it approximately 20 hours of battery life.

Sony went on to partner with Nintendo to develop a hybrid console with a CD-ROM and an attachment for the Nintendo games in 1990.

Nintendo produced only 200 of these PlayStation. However, the Nintendo Play Station could not continue because of the clash between Sony and Nintendo.

Sony wanted to control the licensing of the CD version of the games in the console, but Nintendo refused to do so.

An unknown buyer paid a whopping $300,000 for the Nintendo play station at an auction.

Read About 30 Most Expensive Lego Sets

20 Most Expensive Magic Card in the World 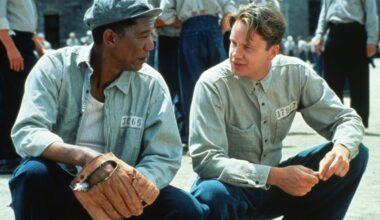 Read More
Who Doesn’t love movies, right? Well, Some don’t, but we are not talking about them. We all love…
TTop List 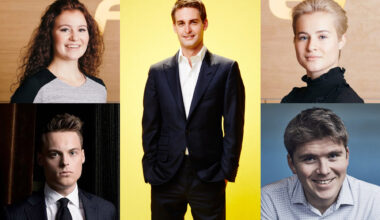 Read More
Youngest Billionaires in the World!! Age is just a number because your core worth is determined by how…