Which are the top 20 busiest cities in the world?

With the increase in the number of job markets, educational opportunities, and better lifestyles in the urban areas, people are rapidly migrating to cities.

More than half of the world’s population currently lives in the cities. And, in a few years, the population is sure to advance into the megacities.

About 7% of the world’s population do reside in megacities.

Megacities’ transformation when it comes to buildings, skyscrapers, infrastructures, or metropolitans is admirable.

Besides the development of the landscape, communities’ living standard has dramatically changed too. Technology, trade, and globalization have made people busier than before.

So, here we look into such top 20 busiest cities in the world, which are all megacities and have a population of more than 10 million people and are growing too crowded every year.

Busiest Cities in the World

The details and information has been compiled from reliable sites on the web including World Population Review and Wikipedia.

It is one of the most important financial and cultural hubs in Northern China. Tianjin has one of the world’s largest car manufacturing, petrochemicals, textiles industries, and ports.

Manila is the capital and second-largest city of the Philippines. Besides, it is one of the 16 cities that is a part of Metro Manila.

Thus, the city is the major attraction for employment opportunities, trade, education, culture, and embassy works both nationally and internationally.

The 17th busiest city in the world is “The City of Joy.”

Kolkata is the capital of Eastern India’s state West Bengal. It is the third-most populous metro city in India.

This dynamic city is the identity of West Bengal’s rich culture, history, traditions, and architecture.

Moreover, Kolkata is the main financial, commercial, educational, and industrial hub of North East India. Besides, it is the third richest city in India, with a GDP of more than $150.1 billion.

Kolkata Port is the oldest and only riverine port of India.

The 17th busiest city in the world is the Paris of South America.

Buenos Aires is the capital and most populous city of Argentina. It is located on the western shore of Rio de la Plata.

It is the center of Argentina’s economy. Besides, more than one-third of the agricultural and heavy industries are situated in the metro area of Buenos Aires.

Besides, it is the financial, industrial, educational, and cultural hub in Lagos State and Nigeria.

Nigeria’s largest and busiest port “Apapa Port Complex” is in in Lagos.

The 15th busiest city in the world is Kinshasha.

Kinshasa is the capital of the Democratic Republic of Congo. Besides, it is the second-largest city in Africa.

Moreover, Kinshasa is the heart of Congo’s industrial and commercial activities. Several major industries like beer, textiles, etc., and the largest banks of Congo sit in Kinshasa.

Istanbul is Turkey’s largest city. Besides, it is the most populous city in Europe.

Moreover, it is the heart of Turkey’s economic, industrial, educational, cultural, and tourism sectors.

Holding the 13th spot is the largest city in Pakistan.

Karachi is the central hub for all business activities in Pakistan, such as textiles, cement, steel, heavy machinery, food products, etc.

Similarly, it has the two main seaports of Pakistan, Port of Karachi and Port Bin Qasim, which handle 95% of Pakistan’s foreign trade.

Other attractions of Karachi include ancient buildings, Clifton beach, a variety of Indian foods, rich culture, and prestigious colleges.

Holding the 12th spot is one of the largest municipalities in China.

Chongqing is the third most populous city in China. It is home to 16,875,000 inhabitants.

Moreover, Chongqing is the largest producer of automobiles, iron, steel, and aluminum in China. Besides, the metro city offers a tour to cultural museums, temples, the best hot pot cuisines, and UNESCO sites.

Holding the 11th spot is the largest city in the USA.

New York City is the economic, financial, entertainment, tourism, and educational capital of the US.

Besides, it is the heart of the world’s largest business industries, finance sectors, media, production houses, fashion houses, restaurants, and the best universities.

Osaka is the capital and largest city of Osaka Prefecture. Besides, it is the third most populous metro city in Japan.

Moreover, Osaka is one of the major industrial cities in Japan.

It is home to more than 180,000 business industries, one of the main ports of Japan (Osaka Port), the best universities, ancient castles, and best street foods.

Holding the 9th spot is the capital of the Indian state, Maharastra.

Mumbai is the commercial, cultural, entertainment, and fashion hub of India. It is home to India’s largest companies like Tata Group, Reliance, etc.

Similarly, it is the high-demand city for careers in Bollywood, business start-ups, engineering, IT, medical sectors, etc.

Moreover, Mumbai is one of the favorite tourist destinations for history, art deco-style buildings, food cuisines, music, and fine arts.

Mumbai is the richest city in India with a GDP of $430 billion. It contributes to more than 6.16% of India’s economy, 10% factory employment, and 40% foreign trade.

The 8th busiest city in the world is Beijing.

Beijing is the capital and second-largest city in China. Besides, it is the main center for China’s culture, business, politics, education, IT, and industrial sectors.

Many of its 92 universities rank among the best colleges in China. Moreover, Beijing has modern and traditional-style buildings, the best Chinese cuisines, and high job opportunities.

The 7th busiest city in the world is Cairo.

Cairo is the capital of Egypt and the largest city in Arab. Similarly, it is the second-most populous city in Africa.

Besides, Cairo is located on the East bank of the Nile. It is the heart of Egypt’s ancient history, mosques, notable universities, hospitals, industries, film studios, and Middle Eastern cuisines.

Moreover, Cairo generates 22% of Egypt’s economy through its largest industries in textile, food processing, and automobiles.

The Pyramid of Giza, European museums, and Cairo Tower with rotating restaurant overlooking the Nile and entire Cairo is the major attractions of Cairo city.

The 6th busiest city in the world is Mexico City.

Mexico city is home to 22,085,000 inhabitants. It is the capital and largest city of Mexico. Besides, it is the second-most populous city in Latin America.

Similarly, it is a global hub for the best universities, European-style architecture, UNESCO sites, art galleries, museums, and tourist spots.

Through which it generates 15.8% of Mexico’s GDP and 22% of Latin America’s GDP.

Moreover, it is the third-largest exporter in Brazil and generates 20% of the nation’s income.

Sao Paulo has a GDP of $473 billion. And, it is the largest employment provider in Brazil (9.5 million workers).

The fourth busiest city in the world is Dhaka.

Dhaka is the capital and largest city of Bangladesh. Besides, 22,478,116 inhabitants live in Dhaka.

Similarly, it is the hub for the country’s best universities, commerce, and business industries in jute, chemicals, textiles, garments, etc.

Dhaka generates 70% of total export earnings in Bangladesh through garments.

The third busiest city in the world is China’s commercial capital, Shanghai.

Shanghai is the largest city and metropolis in China. It is located nearby the Yangtze River Delta.

Moreover, Shanghai is the hub of the world’s largest seaport (Port of Shanghai).

It has the world’s leading finance, trade, and shipping industries in retail, estates, manufacturing, etc.

The second busiest city in the world is the capital of India.

Besides, the majority of Northern India’s fastest-growing industries in retail, banking, hotels, and media reside in Delhi.

Thus, it is the second richest metro city in India after Mumbai. Delhi has a GDP of $293.6 billion, and it helps to generate 4.94% of India’s income.

The world’s busiest city is Tokyo.

The busy capital of Japan is the largest economic zone in Japan. Besides, it is the most successful metropolis in the history of the world.

Moreover, it is one of the world’s most popular tourist destinations offering the perfect mix of advanced and traditional buildings from neon-lit skyscrapers to ancient sites.

TTop List
Most of us have a habit of starting the day with a freshly brewed cup of coffee. But…
TTop List 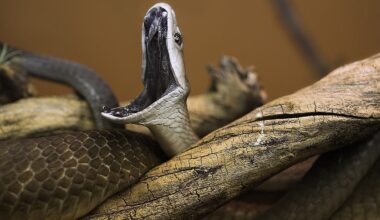 Read More
Which are the 20 most dangerous animals in the world? Nature has gifted some of the most enchanting,…