Have you ever caught yourself thinking how much wealth can a family exert to be the richest? To answer this, we have compiled the richest American families in this article.

According to Forbes, the collective net worth of the current top 50 richest families in America marks $1.2 trillion.

In 2015, this figure was just $916 billion, which means these top clans exerted 30% growth in these past years.

Even the global pandemic has not stopped these families from adding wealth to their fortune.

With a total net worth of $247 billion, Waltons remain on the top of the list, all thanks to their stakes in the largest retailers in the world, Walmart.

And with more than a $100 billion gap, the Koch family holds the second position.

Now that we already have dropped our jaws let’s get into a little more detail about these top 10 Richest American Families!

The ranking of these families and their further details are confirmed with websites like Forbes and CEOWORLD Magazine.

Donald Edward Newhouse is the man behind some of the leading magazines and newspapers like Vogue, Vanity Fair, The Plain Dealer, The New Yorker, The Star-Ledger, and so on.

Edward (born 1929) is the son of the late Samuel Irving Newhouse Sr. To illustrate, after the death of his father, Donald inherited the Advance Publication, which currently supplies 24 U.S cities.

Not only the aforementioned, but Advance Publication also owns Discovery Communications and Reddit.

Along with Donald, his two sons also inherited the firm. His son Steven works as the co-president for the publication house.

The billionaire heir Donald Newhouse is Jewish, and back in 2010, he was featured in the list of the World’s 50 Richest Jews.

The Pritzker Family has been staying on the list of Top 10 America’s Richest Families since 1982.

A.N Pritzker was the one who founded Hyatt Hotels and further also invested in Marmon Group. The latter one is now owned by Berkshire Hathaway.

In the 2000s, the already wealthy Pritzker family had a dispute, and they divided their fortune, including Hyatt Hotels.

Currently, Thomas Pritzker is the chairman of Hyatt Hotel Corporation, and his son, Jason Pritzker, is one of the board of directors. Likewise, other family members also look at different sectors of the hotel chain.

Did you know that there are more than 210 hotels and resorts managed and mobilized by the Hyatt corporation?

Not only that, but these 210 ventures are spread in 43 different countries around the world, featuring more than 90,000 rooms altogether!

And as everybody knows, with such a great hotel empire comes great fortune, which sum up the total net worth of the Pritzker family!

Cox Enterprises is a media and automobile corporation held privately by the Cox family.

Originally, the company was established by James M. Cox, and today, it is flourishing under Alex C. Taylor. Alex is the great-grandson of James, and he serves as the CEO and president of the company.

This multi-billion company owns Dayton Daily News, and the interesting fact is back in 1989, James purchased the Dayton Evening News, which was his first newspaper.

Reportedly, the enterprise collected a revenue of $21.1 billion in 2019. To detail, the company sold a share worth $3 billion to Apollo Global Management the same year.

Some of the major companies working under Cox Enterprises are Kelley Blue Book, Valpak, Autotrader, Manheim, and so on.

Edward Johnson III is the owner of Fidelity Investments and Fidelity International, thus the main name of the Johnson family.

The American billionaire investor runs the aforementioned company with his daughter, Abigail Johnson.

Fidelity Investments was established in 1946 by Edward C. Johnson, the grandfather of Abigail. As Johnson III received the company from his father, Abigail also succeeded him in 2014.

The multi-billionaire investor has the company lodged in Boston, where Anne Richards works as the CEO.

According to the stats, there are more than 26 million customers of this company, and it holds the assets worth $4.2 trillion under management!

The Johnson family owns 49% of the corporation, and the remaining portion is monitored by other employees considering their positions.

The man who acquired billions of dollars from selling cleaning goods- S.C Johnson! Back in 1886, Johnson founded his empire as a parquet flooring company and gradually kept expanding his business.

Today, the company is led by H. Fisk Johnson, who works as the chairman and CEO whose individual net worth shines at $3.4 billion.

For instance, there are ten members on the board of directors of SC Johnson, among which three belong to the family itself.

Read About 25 Richest People in the World

Anyone who is into the skincare regime deeply loves and understands the value of Estee Lauder, one of the top cosmetic companies in the world.

Estee Lauder was established by the late couple Estee Lauder and Joseph Lauder, way back in 1946. Estee founded the company after creating skincare products in her home. Eventually, the company reached the skies.

As a matter of fact, Estee was featured on the 1998’s Time’s list of the Most Important Business Personnel where she was the only woman.

Today, the Lauder family is the 5th richest American family by the grace of their business which is now a publicly traded corporation. Furthermore, it runs 29 other high-end brands like MAC, Clinique, La Mer, and so on.

After the death of Joseph, his son Leonard Lauder joined the company and invested more than 30 years to help the company reach where it is today.

Leonard’s son William is the company’s chairman, and other family members also run the respective divisions.

Cargill Inc. is one of the USA’s largest private firms owned by the Cargill-MacMillan family. The firm stands with a revenue of $114.6 billion as per the data of 2018.

William Wallace (W.W) Cargill is the man behind this multi-billion business he started with a grain storage venture.

At the current date, the Cargill family owns 88% of the company’s share, and 90 people from the family-run the different sectors of this grand firm.

Since 2013, David W. MacLennan has been serving as the CEO of the company where more than 165,000 employees work. To add further, the enterprise manages finance, trades commodities, and sells food/agricultural items.

25 Richest People in the World…

The third richest family in America is the Mars family, which can also be called the “candy family” as the major source of their fortune originates from candies.

Mars family was ranked the richest family in the United States by Fortune in 1988, but it has since been surpassed by Koch and Walton family.

Franklin Clarence Mars was the man who founded this confectionary company for which Grant F. Reid currently works as the CEO.

To illustrate, Mars Inc. has $35 billion in revenues annually.

The company not only sells world-famous delicacies like Snickers and M&Ms but also engages in pet services. Some of the global names under this enterprise are VCA, Pedigree, Wisdom Panel, Waltham Center for Pet Nutrition, and so on.

There are numerous sources of wealth for this family standing in the second position on this list. The Koch family is the owner of Koch Industries, which is the largest privately-owned company.

The multinational conglomerate produces paper, refines oil, and manufactures pipelines, minerals, and fertilizers. Moreover, it has numerous subsidiaries working in trades and investing.

It does not just stop here. The family is predominantly known for their political activities, whether contributing to a good cause or funding universities or being involved in criminal justice reform.

David and Charles developed a political network of conservative and libertarian donors, and together, the brothers funneled financial revenue into multi-media advertising and television.

The family owns the largest retailer in the world, Walmart.

The massive retailer Walmart was established in 1962 by Sam Walton.

As of today’s date, it is the world’s largest company which has $524 billion in revenue. Not only that, but Walmart operates are more than 11,501 retail shops worldwide.

While in America, there are 5,362 Walmart stores, and it generates employment for over 2 million people.

The main reason for its success is its policy of introducing big-box stores in different rural regions due to which consumers receive the same goods at a low price than other stores.

Aside from that, the family also owns the largest bank in Arkansas, Arvest Bank. The bank has a value of around $1.6 billion.

Moreover, Alice, along with her two siblings, Rob and Sam Walton, are the most prominent Walton family members today, with each having more than $60 billion net worth.

10 Countries With Most Beautiful Women 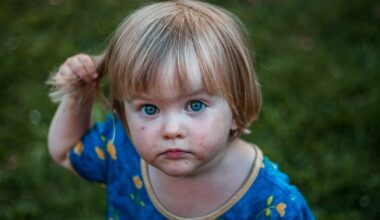 Read More
Most Beautiful Kids in the World!! We all have our own definitions of “beauty,” but in the end,…
TTop List 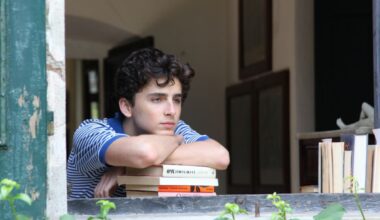 Read More
Best Movie Soundtracks of All Time!!! Soundtracks can enhance the power of a great film and make the…