Home 15 Most Iconic Oscar Hairstyles of All Time
TTop List

15 Most Iconic Oscar Hairstyles of All Time!!!

As the 2022 Oscar approaches, we all have one question in common.

Who will have the most standout look?

Other than the actual award distribution show, the pre-show red carpet event is always the one that’s most gazed upon.

If the previous iterations of the Academy Award shows are any indications, we can rest assured that this year’s event will also have some memorable outfits and hairs.

For this list, we’ll be counting down our top picks for the 15 Most Iconic Oscar Hairstyles of All Time!

Here’s a brief look at our top picks for the most iconic Oscar hairstyles of all time.

All hail to the Queen!

With a career spanning more than six decades in the entertainment industry, Helen Mirren has truly aged like fine wine.

She wore the perfect grey bob at the 2007 Oscar event, where she also won the Academy Award for Best Actress for her role in The Queen.

One of the undisputed queens of red carpet beauty, Reese Witherspoon, already had a thing going with her feathery bangs at the 2007 Oscars.

However, at the 2011 Oscar event, she took it up a notch with a stunning pumped-up ponytail.

This modern-retro glam was definitely a call back to the 90s.

It’s the 1998 Oscars, and Titanic has been nominated for a mind-boggling 14 Academy Awards.

Kate Winslet shows up at the Oscars, sporting the red ringlets that remind us of her titanic character Rose.

Although Winslet is a natural blonde, we just can’t seem to get over her luscious red hair.

Angelina Jolie is a usual staple when it comes to making waves on the red carpet.

The same can be said for her stunning full bombshell reddish-brown locks that she boasted on the 2012 Academy Awards.

Paired with the creamy raspberry lipstick, let’s admit it, we all had our jaws dropped on the floor.

When it comes to one of the best pixie cuts, Halle Berry sits on top of the list.

The piece-y stylings and subtle highlights of her haircut were a perfect compliment for her 2002 Oscar win for the Best Actress.

As she remains to be the only African-American woman to win the award in this category as of this writing, her pixie cut at the Academy is straight-up iconic.

Jennifer Lopez is often visualized with her iconic grown-up pony.

At the 2015 Oscar event, she had her ponytail perfectly pulled back tight and cascading straight down to the center of her back.

The perfectly pulled back hair complimented her cheekbones and her simple yet elegant sparkling studs.

The South African actress can basically pull off any look of any color.

At the 2019 Oscars, she made headlines with a simple yet fresh brown bob which was a step in a different direction than her usual bright blonde hair.

To complement the simplicity of her hair, she wore an equally blue Dior dress.

Once upon a time, at the 1969 Oscars, Barbra Streisand took home the Academy Award for Best Actress.

But the thing that’s more memorable than her award-winning performance for Funny Girl is her bumped-up bob.

The iconic hair wave is what comes to mind when one thinks of the hairstyles that were prevalent in the 90s.

Scarlett Johansson made quite the statement at the 2015 Oscar events with her slicked-back hairstyle.

Standing out from the pack, it’s quite an edgy hairstyle when it comes to the Oscars.

Nevertheless, Scar totally pulled it off with her Waterfall-Esque sleek and blonde hairstyle.

It’s Lupita Nyong’o’s first time at the Oscars, and what does she do to stand out from the rest?

She arrives as a princess, sporting a sparkling Fred Leighton Headband and a closely cropped haircut.

The elegant blue gown indeed made Lupita look like a princess while accepting the Academy Award for Best Supporting Actress in the 2014 event.

There’s another Jennifer on our list whose beachy waves were enough for us to make our heads turn.

At the 2018 Academy Awards, Lawrence’s bouncy waves made her look like a proper beach goddess of hair.

Somebody get Brad Pitts’s hair an Oscar too!

The 2020 Award season for Brad was quite the one to remember.

As he won awards for the Best Supporting Actor in various award circles in Hollywood, including the Academy.

But what we and the fans will remember is his longer-than-usual pulled-back blonde hair.

And at 56 years of age, that hairline is better than most people in their 20s.

The singer turned actor has been breaking all stereotypes since her move to the silver screen.

At the 2015 event, her luscious waist-long locks were a welcome sight to behold.

While it was criticized by many, she later responded by sharing this statement on her Instagram:

“My wearing my hair in locs on an Oscar red carpet was to showcase them in a positive light, to remind people of color that our hair is good enough.”

The fierce warrior from Wakanda and The Walking Dead, Danai Gurera, brought her badass feminism to the 2018 Academy Awards as well.

At the event, she showcased the jaw-dropping work of her hairstylist, Vernon Scott.

With her recent strides in Hollywood, Lady Gaga has been nothing less than astounding.

Nominated for the Best Actress Oscar in 2019, she attended the event with her platinum updo hairstyle.

And if we’re being honest, Lady Gaga’s hairstyle should be preserved in a museum. 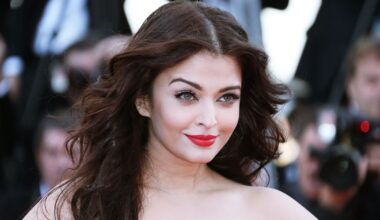 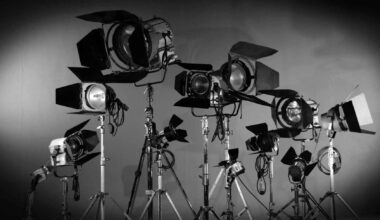