30 Most Expensive Vinyl Records Ever Sold

Which are the Most Expensive Vinyl Records of all time?

Music has come a long way in terms of technology, from phonographic records to online streaming.

The introduction of vinyl records in the music industry made it easier for artists to record their songs and distribute them worldwide—Circular in shape, it could easily be stacked, which was a further plus point.

To all the music lovers out there, here are some of the most expensive vinyl records of all time.

This album is the debut album of the legendary English rock band” Led Zeppelin.” It was released in 1969, and the vinyl record of it is worth around $1,000.

The band showed the perfect combination of blues and rock to the world, which fascinated all the music lovers around the globe.

Steely dan recorded the album in 1972. The album contains mixtures of soft rock, folk-rock, and pop.

The album peaked at number 17 on the US Billboard chart and was instantly commercially successful.

The record can fetch upwards of $1,450 if kept in good condition.

Queen released the compilation album in 1997. It includes some hit songs like “We Will Rock You” and “Fat Bottomed Girl” and also some unreleased songs like “Tear It Up” and “Sheer Heart Attack.”

It is one of the last studio recordings featuring all the band members except their lead singer Freddie Mercury.

If you’ve got an original record in good condition, it could be worth up to $1,480.

The album is the UK version of Presley’s debut album. Rock and roll at that time was new to the world, and Presley showed how cool rock and roll could be.

One million copies of the album were sold, and it also made it to the Rolling stone’s “100 Greatest Album Covers” list in 1991.

The vinyl record of the album is worth around $1,500 today in the market.

Next, on the list, we have “Bleach.” This album was the very first album of the American grunge band “Nirvana.”

The band rehearsed for 2 to 3 weeks before recording the album. The exciting thing about the album is that it was not appreciated instantly after its release.

After the success of its second album, “Never Mind,” it was reissued in 1992, and it created a sensation worldwide.

The vinyl record of the album is worth around $2,500 today in the market.

Before renaming the group The Beatles, the band was trying to make a name for themselves, performing under the name “The Quarryman.”

Only fifty copies were ever released as a gift to family and friends. The copy of the album today is worth around $3,500.

Everybody loves the king of rock and roll, Elvis Presley, for his funky music and unique dance steps. The album was recorded in 1954 and is the first rock and roll genre ever recorded.

This instantly created a buzz worldwide. The album is still worth $4,500.

The album went unnoticed, but it gradually became commercially successful when the artist hit the big time.

After releasing Springsteen’s debut album, producer Clive Davis became quite concerned regarding the commercial appeal, which led the singer Bruce Springsteen to write two songs, “Spirit in the Night” and “Blinded by the Light.”

So if you have one of the albums lurking around in your cupboard, you could fetch thousands.

Elton John is the epitome of talent. He captures the heart of his audience through his effortless singing and songwriting. The single “I’ve Been Loving You” was released in 1968.

However, the single is credited to Bernie Taupin since the artist himself was scared to admit that he wrote the song himself. The copy of the single is worth around $5,500.

Only 500 copies of the album were released to help Dana Gillespie to secure its deal with RCA records.

Since it was a promo record, it had a blank record and came in plain sleeve.

The album is regarded as one of Dylan’s greatest albums by both critics and fans.

The album is inspired by his fight with his then-wife Sara.

Today the album is considered to be one of the best examples of the confessional singer-songwriter’s craft.

The British rock band Queen released the album in 1982 and was instantly appreciated throughout the globe.

After the massive success of “Another One Bites the Dust,” the band decided to record a dance-oriented album.

So, the band included elements of funk, blues, pop music in this album. The album was less popular among fans who preferred their traditional rock style.

It features a hand-painted cover by the founder of Italy Records. The album is worth around $12,500 today.

One of the most famous performers, Michael Jackson, released the album” Thriller” in 1982. The artist wanted each song to be a killer, so he introduced the mix of pop, funk, R&B into the album.

Some of the songs in the album include Wanna Be Startin’ Something, Beat It, Billie Jean, and Thriller.

“The Wall” was released in 1979 by the English rock band Pink Floyd. “The wall” represents a self-isolating barrier that peoples create over their course of life.

The album went to succeed commercially, reaching the top of the US chart and number three in the UK.

Read About 16 Most Expensive Guitars of All Time

The album featured a black and white photo of some ruthless police tactics displayed at a riot that broke out in the US that year.

Record companies found the photo quite offensive and ordered all the copies to be destroyed. So, the vinyl record of it is quite in demand.

The British punk band “Sex Pistols” released the album God Save the Queen in 1977. The album’s cover was controversial at that time, and the BBC refused to play their song.

The song, however, made it to number two on the official UK singles chart. This resulted in some accusation that the chart had been fixed, preventing the single from featuring in number one.

13. “The Velvet Underground and Nico”

The album was released in 1967 by the American rock band Velvet Underground. It was their debut album. It featured topics such as prostitution, drug abuse, etc.

The album featured the picture of a banana on its cover and was apparently sold for $25,000 in an auction.

Dylan released the second studio album in 1963. The album showcased Dylan’s songwriting skills. Dylan wrote eleven out of thirteen songs, which contains some hits, including “Blowing in the wind.”

The album is worth around $30,000 today since only a few copies are available.

The album was released in 1965. It is Frank Wilson’s only Motown single, and very few copies are left.

Hence it is a prized item among collectors.

This album by the legendary blues singer Tommy Johnson was released soon after she got a distribution deal with Paramount in 1930.

The master tape no longer exists, making every copy valuable. A copy of the album was sold for a whopping $37,150 in 2013.

The album was released in 2014 by Richard James under the name Caustic Window. It was initially planned to be released in 1996, but only a few copies were produced.

It was sold for $46,300 on eBay, making it one of the most valuable possessions.

It is the sixteenth studio album by the American artist Prince. The album was released in 1994. The front and back cover was black without any title and credit, hence it was named “The Black.”

Also, the artist attempted to earn back his black pop audience since he faced a lot of criticism at that time.

The album is worth around $47,300 today since only a few copies are available.

One of the most celebrated English bands of the 20th century, The Beatles released the album “Till There Was You” in 1963.

The song was originally written by Meredith Wilson in 1950 but was later covered by the band in 1963.

The album was sold for a whopping $77,500 recently in an auction.

The Beatles released Yesterday and Today in 1966 in the United States and Canada. The album is best known for its controversial cover known as the “butcher cover.”

Many assumptions were made however, the band claimed it was a statement against the Vietnam War.

One of the copies of the album was sold in an auction for a staggering $125,000.

The artist released the album in 1980. It is the fifth album by John Lennon and Yoko Ono with Geffen Records.

The album is special because it marked Lennon’s return to the music industry after five years.

The album was heavily criticized by the critics soon after its release.

Nonetheless, the artist was later murdered 3 weeks after its release. It was commercially successful later and won Grammy Awards in 1981.

The Beatles released the album in 1967, where it spent around 27 weeks at the number one spot on the record retailer chart in the UK.

It showed the world the mixture of rock, pop, psychedelia, and art-rock.

The critics highly praised the album for its innovative songwriting and graphic design. Moreover, It bridged the gap between popular music and high art.

3. “My happiness/That’s when your heartache begins.”

The album is Presley’s first-ever recording, and it also includes two cover songs, “My Happiness” and “That’s When Your Heartache Begins.”

The front cover of the album contained only the band’s name, “The Beatles,” which was totally different from mainstream artwork of that time.

The album featured 30 songs with a subtle touch of rock and pop to it. The album was well appreciated throughout the globe.

The most expensive record ever sold is the album “Once Upon a Time in Shaolin.” The album was sold for a whopping $2 million. Wu-tang clan released the album in 2015.

The album was so rare that only one copy of it was sold in 2015, making it the most valuable  & expensive vinyl record ever sold.

Read About 20 Most Populated Countries in the World

20 Most Populated Countries in the World

20 Most Expensive Restaurants in the World 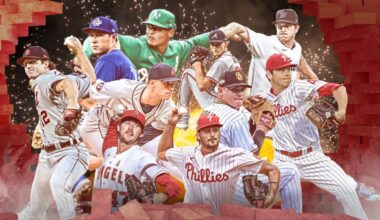 Read More
Who are the 10 best pitchers of all time? Major League Baseball (MLB) has been displaying the astounding…