Who are the 13 rudest tennis players in history?

Getting heated during the gameplay is common in sports, and mostly it is familiar in terms of the super intense and exhilarating individual sports like tennis.

But, things have gone to extremes where both the ATP and WTA players have not succeeded in keeping their calm.

So, here we look at such 13 tennis players in history full of the worst tantrums.

The information and details are compiled from trusted sites on the web, including PlayersBio and Wikipedia.

The French tennis player Adrian Mannarino has a series of records of not-so-sportsmanlike conduct and offensive acts in his overall ATP career.

His most controversial moment was the 2017 Wimbledon, where he was charged $9,000 for crashing into a ball boy.

Instead of apologizing, he asked the umpire if it was a joke. And even exploded, questioning do ball boys have more priority in Wimbledon than the players?

Well, Mannarino is not so uncommon when it comes to misbehaving with the ball boys.

In another incident, he intentionally kicked in the chest of the ball boy. Once, he rudely threw a racket in the ball kid’s direction that almost hit him straight on his face.

Another hot-headed player in ATP is the Serbian Viktor Troicki.

In 2016 Wimbledon, Troicki exploded when the Italian umpire Damiano Torella rewarded his Spanish opponent, Albert Ramos Vinolas, with an ace.

He seized the ball from the baller boy’s hand and yelled at Torella, telling him the ball was not out and to see the ball, which had no chalk dust on it.

He even cursed Torella as the worst and most horrible umpire ever to exist.

Later, he did not shake hands with Vinolas and kept his heated argument further with Torella.

Further, the ATP fined him $6,600 for his unsportsmanlike conduct.

ATP’s wild child, Ernest Gulbis, was once a prominent player due to his proficient game skills.

But now, he makes the headlines for his nasty attitudes and rude comments.

Gulbis once claimed that the interviews of players like Roger Federer, Novak Djokovic, Rafael Nadal, and Andy Murray are too boring due to their perfect gentleman-like act.

Whereas, in 2014, he made sexist comments telling females must not pursue tennis as their career. Besides, he won’t like his sisters doing so too.

Once Gulbis proved his racket throwing skills by flying it high above the fence, for which he was fined $2,000.

Further, he is very popular for cursing the umpires and smashing the rackets on several occasions.

Shockingly, one of the greatest WTA players of all time, Martina Hingis, falls on this list.

The Swiss player has 25 Grand Slams in her name: five in singles, thirteen in doubles, and seven in mixed doubles.

The 2013 Hall of Famer has made headlines in several controversies over the years due to her unacceptable behaviors on the court.

While interviewing with the Time Magazine in 2001, Hingis made a racist slur telling the William sisters are at a great advantage when it comes to sponsorships due to their skin color and black race.

One of the top players in the ATP, Andy Roddick, has gained the moniker of “Mad Man” due to his countless records of profanity on the court.

Andy’s most unforgettable tantrum occurred in the 2008 Australian Open, where he cursed the umpire, saying, “Kids go to school, otherwise you’ll end up as an umpire,” after losing the match against German opponent Philipp Kohlschreiber by giving away a one-foot close serve.

His other outburst was in the 2011 ATP Master Cincinnati match, where the umpire warned him for smashing a racket.

Later, the umpire charged him with a penalty for throwing the ball out of the stadium, and Andy could not hold his rage again.

The youngest player to win the world No.1 title in ATP singles did gain more fame through his rude acts on the court.

Lleyton Hewitt, the Australian player, made headlines with his racist comments in the 2001 US Open.

He accused the line judge when he called him for double foot fault as a favor to his other black opponent, James Blake.

Again in 2002, at Wimbledon, the line judge, and umpire, called him for multiple foot faults. Hewitt erupted and smashed the racket. He even threw the ball at the line judge.

Due to his so unsportsmanlike attitude, Hewitt had to pay a penalty of $1,000.

When it comes to the match-fixing controversy in ATP, only one name pops up in everyone’s head, the craziest Austrian dude, Daniel Koellerer.

Köllerer committed the unholy anti-corruption crime by violating three rules of the sports between October 2009 and July 2010.

The Tennis Integrity Unit found him guilty of manipulating his own game once and the games of other players twice. Later, he was fined $100k.

Besides, he was under suspension for six months in 2004 and 2006 for his not-so-sportsmanlike behavior on the court.

In 2010, Köllerer made bad jokes about his then Brazilian opponent, Julio Silva, by nicknaming him a monkey.

He even showed the monkey gestures and told Silva to return back to the jungle where he belonged.

The not so fabulous player in ATP, Mainko Motosevic, did make history as one of the rudest tennis players of all time.

In his Cincinnati Masters match against the French opponent Nicholas Mahut, Motosevic exploded like a bomb.

Even though he won the match, he could not keep his cool. The 29-year-old was in an extreme rage for being called out between the game.

The ATP’s “Mad Dog” did shake hands with Mahut but refused to come to good terms with the umpire.

Instead, he spitted on the court and cursed the umpire for such lame acts.

Further, his other ridiculous headline was out when he screamed at a child who just made a simple request for his autograph in Miami.

Coming to the fifth spot is the Australian player, Bernard Tomic.

During the 2012 Miami Masters, Tomic told the umpire to eject his father from the platform.

In 2013, the ATP banned him from tournaments for one year for breaking the nose of his opponent Thomas Drouet with a strong headbutt.

He also had to stay in prison for eight months for his violent behavior.

At 2019 Wimbledon, Tomic lost his prize money of €45,000 for tanking in the match against the French opponent, Jo-Wilford Tsonga.

When questioned about the impact of failing to make it up to the 2018 Australian Open on his career, he clarified that to him, only money matters, and all he is fond of is not the matches but counting his millions.

Jimmy Connors was the pioneer of the powerful two-handed backhand playing style in ATP.

He is prominent as one of the greatest players in the Open Era, with eight Grand Slams singles in his hand.

But, his frequent on-court tantrums are also to reckon with in ATP history.

In the 1991 US Open, when the umpire called Connors’s ball out, he cursed the umpire non-stop and told him to get his butt out of the chair.

During the 1992 US Open, Connors cursed the Czechoslovakian opponent Ivan Bendl. He called Bendl a “f****** faggot playing pusher” after losing the match.

There are several obscene moments that Ilie Nastase made on and off the court, earning him the moniker of “Nasty.”

His racist comments on Serena Williams’s unborn child during the 2017 Fed Cup penalized him with four years of ban from the pro tours.

He had said what color Serena Williams and his white husband, Alexis Ohanian, the co-founder of Reedit, would give birth to, answering it maybe “Chocolate with milk.”

Later, when the topic got highlighted, he cursed and threatened the reporter.

During the same event, the 70-year-old Romanian captain, Nasty, did his so-called nastiest deeds by trying to sexually abuse the British captain Anne Keothanong.

He also cursed the former No.1 British champ, Johanna Konta.

Further, he did not back off from cursing the umpire and earned a penalty of $10k.

Well, the father of profanity, Mr. Nasty, was there to blow up in controversies before the names like John McEnroe and Jimmy Connors came into the limelight.

The all-time famous “You cannot be serious!!” incident happened at the 1981 Wimbledon when the umpire Edward James called out John McEnroe‘s ball.

McEnroe cursed James, saying, “You’re a pit,” and when James cut his point as a penalty, McEnroe’s tantrums grew intense. He called James a “f****** Idiot!!!”.

The American “Superbrat,” one of the most successful tennis players in ATP history, has done it all.

From showing frequent obscene outbursts and loud mouthing the officials, opponents, and spectators to smashing rackets and earning countless fines and suspensions, McEnroe’s rudest moments are a lot to digest.

And finally, the award of Hall of Shame in ATP goes to the Australian berserk, Nick Kyrgios, who has an eternity-long history of mocking opponents, tanking, smashing rackets, throwing chairs, cursing the officials and even spectators.

To date, Kyrgios has earned a penalty of more than $190k and a total of eight months of suspension for his not so sportsmanlike conduct.

His $119k penalty only comes from the 2019 Cincinnati Masters match, where he executed his five unsportsmanlike deeds.

Second, he lied about going to the washroom and instead smashed two rackets.

Thirdly, he made vulgar gestures in front of the umpire and refused to shake his hands. Lastly, he tried to spit on Murphy’s face.

Whereas, during the 2016 Australian Open, he cursed the umpire and made a phone call during his mixed doubles match, which ultimately charged him $4,370.

Read About 7 Greatest Tennis Players Who Are Homosexual

TTop List
Richest Rockstars in the World!! The rockstars are known for their extravagant lifestyle. Drug, Sex, and Rock n’…
TTop List 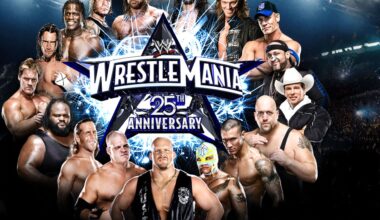 Read More
Richest Wrestlers in the World!!! Are you more of a fan of wrestle mania? Do you often love…