Home 15 Most Expensive Buildings in the World
TTop List

15 Most Expensive Buildings in the World

15 Most Expensive Buildings in the World!

First thing first, a building is a structure with a roof and walls standing permanently in one place.

It comes in various shapes and sizes and has been adapted throughout history for factors such as ground conditions, land prices, prestige, specific use, and aesthetic reasons.

Humanity has taken building construction to the next level with advancements in science, technology, and materials.

Did you know that the world’s first skyscraper was the Home Insurance Building in Chicago?

It was the first building to use a curtain wall construction on a steel frame and was completed in 1885.

Let’s not waste any more of your time and get into the details, but first, please check the quick overview.

The 39-story building located in Macau’s Cotai Strip is a hotel and casino resort owned by the American Las Vegas Sands.

It has 10.5 million square feet of floor space.

It is the largest single-structure hotel in Asia and the second-largest casino on the planet.

The $2.40 billion resort has been entangled in several controversies over the years.

In 2010, it was reported that authorities had found over 100 prostitutes inside the casino.

Named after the casino developer Steve Wynn, Wynn Resort is a luxurious resort and casino located on the Las Vegas Strip in Paradise, Nevada.

Moreover, the building features a curtain waterfall behind a mountain that falls into 3 acres lake.

Wynn was the tallest resort building on the strip at its opening.

Similarly, it was the first resort to provide Amazon Echo in all rooms, connected to the room’s electronic systems and lighting.

The construction cost of the resort was over $2.70 billion.

#13 Palace of the Parliament

It was designed by Anca Pentrescu and more than 700 architects team.

The whole project took 13 years to complete, beginning in 1984.

The second largest administrative building in the world is also the heaviest in the world, weighing close to 4.10 million tonnes.

Moreover, the building rakes in more than $6 million in cost of electricity, heating, and lighting, which can be comparable to the cost of powering a medium-sized city.

The construction cost of the structure was a staggering $3 billion.

It consists of a total of 390 residences, including 22 residential suites and 92 suites.

Most of the rooms in the Palace are furnished in marble and gold.

On 24th October 2008, American singer Christiana Aguilera performed at the facility as part of her Back To Basics Tour.

The total construction cost of the building was $3 billion.

The tallest building in South Korea is also the first 100-story building and was the fourth-highest tower in the world when it was completed.

Construction of the roof alone used 3,000 tons of steel parts and a 64-t tower crane with GPS alignment systems.

The total construction cost of the building was $3.11 billion.

Read About 15 Most Expensive Motorcycles in the World

The tallest structure in the United States, One World Trade Center, was designed by David Childs of Skidmore, Owings & Merrill.

The structure shares the same name as the North Tower destroyed in the September 11, 2001, 9/11 terrorist attack.

With a total construction cost of $3.80 billion, it is one of the most expensive buildings in the world.

The Cosmopolitan building or commonly referred to as The Cosmo is a luxury resort hotel and casino located just south of the Bellagio on the west of Las Vegas Boulevard.

It consists of two high-rise towers, both of which stand 184 meters tall.

The building was the setting for Top Chef Masters Season 4 and The Killer’s music video for “Shot at the Night.”

In April of 2022, the building made headlines when a security staff removed a transgender guest from the ladies room, took a photo of her, and said that she would be banned for life if she did not vacate the premises.

The recipient of most Forbes Travel Guide Five Star Awards more than any other building in the world, Wynn Palace is located in Cotai, Macau.

The building features 424,000 square feet of casino space, 28 story hotel with over 1,706 rooms, the largest spa in Macau, and 13 casual dining restaurants.

Just like the interiors, the exterior of the building also stands out among its competitors with features such as an aerial transport system with gondolas.

Similarly, the 288,290 square feet performance lake at the entrance is a choreographed dancing fountain with 1,000 jets and 2,000 lights synchronized to numerous western, Chinese, and Broadway musical and classical songs.

The construction cost of the building was a whopping $4.2 billion.

The $4.93 billion integrated resort located on the island of Sentosa, off the southern coast of Singapore, Resorts World Sentosa, was developed by Genting Singapore.

The building sits on approximately 120 acres (50 hectares) of land and employs over 15,000 people.

It is probably most famous for two key attractions; a Universal Studios Singapore theme park and the world’s second-largest oceanarium S.E.A Aquarium.

Interestingly, RWS was fined for two violations by the Casino Regulatory Authority in May 2011.

Apple’s then CEO, late Steve Jobs, wanted it to be more like a natural park and less like a business park which is why 80% of the site consists of green space planted with drought-resistant trees.

Also, the center court of the main building features an artificial pond.

The nominal cost for the ring-shaped building is approximately $5 billion.

An integrated resort in front of Marina Bay in Singapore, Marina Bay Sands is owned by Las Vegas Sands Corporation.

The resort features a 1.3 million square feet convention-exhibition center and a 2,561-room hotel.

The three 55-story high-rise towers of the resort are connected to the top of the sky by a boat-shaped park.

Similarly, one of the major features of the building worth mentioning is its “infinity pool,” which sits at an altitude of 200 meters.

The construction cost of this building was $5.50 billion.

SoFi Stadium is the first indoor-outdoor stadium to be constructed and is the home of two NFL teams, the Los Angeles Rams and the Chargers.

At the beginning of construction, the total cost of the stadium was estimated at just $2.66 billion, which later increased, nearly doubling the cost making it the most expensive sports venue ever built.

Interestingly, the building still holds the title with a total cost of over $5.5 billion.

The complex designed to withstand a direct hit from 20 kilotons nuclear bomb Željava Air Base is situated on the border between Bosnia and Herzegovina and Croatia.

Shared by the local governments of Lika-Senj County of Croatia and Bihać, it was the largest underground airport in Yugoslavia.

Moreover, the construction of the base was led in ultimate secrecy between 1957 and 1965, with the total cost surpassing $6 billion, which was three times more than the entire military budget of Yugoslavia.

The second most expensive building in the world, Abraj Al-Bait, is located in Saudi Arabia.

It is a government-owned seven skyscraper hotel with the Makkah Clock Royal Tower as the central hotel tower.

The complex sits just meters away from the Great Mosque of Mecca, Islam’s most sacred site.

One of the most stand-out features of the building has to be its loudspeakers which broadcasts prayer calls to a distance of 7 km.

The building had two fire incidents during its construction.

All in all, the construction cost of the structure was more than $16 billion.

#1 The Great Mosque of Mecca or Masjid al-Haram

The $100 billion Masjid al-Haram, also known as the Great Mosque of Mecca in Saudi Arabia, is the world’s most expensive building.

It is the largest mosque in the world.

It is considered the holiest place for Muslims to do hajj once in their lives if able.

The building can accommodate over 4 million Muslim worshippers during the Hajj period, which is also one of the largest gatherings of people in the world. 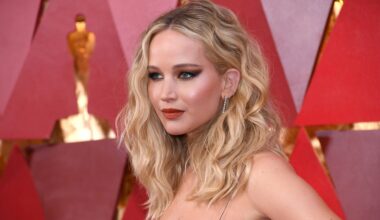 Read More
15 Most Iconic Oscar Hairstyles of All Time!!! As the 2022 Oscar approaches, we all have one question…