The Academy Award, commonly known as the Oscars, is undoubtedly the most prestigious award in the film industry.

However, it is not about the worth of the award statuette but the significance it presents!

And, it is an equally big deal on how celebrities attend this glorious event- what are they wearing, who is the designer, is it meeting the theme, and so on!

The Academy Award always has a dress code, and this is a big time for celebrities to show off their best dresses.

If you did not know this already, an A-list actress’ outfit cost ranges from tens of thousands of dollars to tens of millions of dollars. And, we can never forget Cate Blanchett’s 2014 Oscar outfit worth $18.1 million, making it the most expensive dress in Oscars yet!

Now that we know how big this dress thing is let us present you with the top 12 best dresses in Oscar history!

Here are the top 12 best dressed Oscar winners of all time!!

The actress appeared in 11 movies and delivered very promising work in American film history. However, she abandoned her acting career in 1956 and tied the nuptial knot to Rainier III, Prince de Monaco.

To detail, the best work of Kelly is remembered to be in those classic Alfred Hitchcock movies.

Likewise, Grace received an Oscar for her impactful role in The Country Girl (1954). The actress went to receive the award wearing Edith Head ice-blue gown.

The beautiful gown boasted French satin worth $4,000, and she paired it with an evening coat matching her ensemble.

Moreover, she completed her look with a crimson lip and stunning updo, which made her look oh-so-elegant in that blue champagne gown!

The American actress and former model Sharon Stone is popularly known for portraying the character of a femme fatale or a woman of mystery in movies.

Born in 1958, Sharon Stone took a sabbatical from work as she was hospitalized for a hemorrhage. Moreover, the actress faced professional challenges while she was on her route to recovery.

Now talking about the Oscars, Sharon wore a beautiful Vera Wang skirt which is considered as the coolest fashion move of the Academy award.

To add further, Stone pulled off this look by balancing it with a basic white shirt. The overall ensemble was from Gap and Vera. This proved that sometimes it takes minimal to rock the show!

The American actress as well as the businesswoman Gwyneth Paltrow was born in 1972.

The talented actress is the recipient of several awards of high degrees, including Oscars, Golden Globe, Emmy, and Screen Actors Guild (SAG) Award.

But here, we are talking about how Paltrow outdid herself during the Academy Award ceremony of 1999.

To illustrate, Gwyneth carried a pink Ralph Lauren gown in which she looked flawsome. Moreover, she wore a Harry Winston diamond choker that brought the ensemble a full circle.

That choker was purchased for Gwyneth by her late father, Bruce Paltrow. With this elegant look, she looked radiant while receiving the Best Actress Award for her work in Shakespeare in Love (1998).

Julia Roberts is one of the most financially successful Hollywood actresses. To detail, Roberts had appeared in a lead role in various movies from different genres.

In 2001, the veteran actress wore a classic black gown designed by Valentino.

As a matter of fact, Valentino admitted being nervous when Julia carried this black outfit and stayed all night to find out if she wore it. Goodness, she did, and boy, she looked beautiful.

To add further, the black and white dress was floor-length and, Julia Roberts carried it so well while receiving the Oscar for her performance in Erin Brockovich (2000).

Read About 20 Best-Looking NBA Players of all Time

The first runner-up of Miss USA beauty pageant, Halle Berry, is an American actress as well as a model.

In 2001, Berry clad herself in an Elie Saab outfit when she attended the Academy Award ceremony.

The actress looked gorgeous in that bare clothing with her fabulous pixie haircut.

Berry in that mesh embroidered gown won an Oscar in the category of Best Actress for the 2001’s film Monster’s Ball.

A little extra great detail: Halle Berry that year became the first black woman to win an Academy Award for the Best Actress.

The talented American actress Michelle Williams is prominently known for her work in small-budget films, primarily focusing on tragic themes.

Williams has been honored with several accolades, including two Golden Globe for her role in Fosse/Verdon (2020) and My Week With Marilyn (2012).

Likewise, she is the recipient of various nominations for best actress and best supporting actress.

In 2006, Williams wore a beautiful gown from Vera Wang to the Oscars. To illustrate, Michelle completed the classic saffron gown with a strong scarlet lip.

The exquisite canary yellow dress matched the red carpet and made this dress one of the best dresses worn at the ceremony.

The woman needs no introduction, yet let’s keep it subtle. Angelina Jolie is one of the best actresses in Hollywood, known for her beauty and skilled acting.

Jolie has rocked several red carpet looks, however, here we are talking about her 2012’s outfit that created quite a buzz.

For the Academy Award look, Angelina opted Atelier Versace, the velvet gown with a thigh-high slit flaunting her right leg.

History remembers how sexy Angie looked when she stuck her leg out of that holy dress!

The Hunger Games actress Jennifer Lawrence is famously known as the queen of casual looks. As a matter of fact, no one else carries the laid-back attitude as she does.

Nonetheless, in 2013, the queen went for something different, highly glamorous.

For the fact she won Best Actress that year for her role in Silver Linings Playbook, Lawrence clad herself in a pale blush Dior Haute Couture gown.

Moreover, she completed her look with a Chopard 74-carat diamond necklace. The very necklace had 150 diamond beads falling backward.

Nyong’o was born in Mexico City and was raised in Kenya. It was her debut in 12 Years a Slave, for which she wore a beautiful baby blue Prada gown.

Lupita looked beautiful in this colorful, airy gown and had her moment on the red carpet.

How can anybody write or talk about red carpet looks and not mention the queen herself, the OG Lady Gaga?

No matter how many bizarre outfits she has carried over all these years, here, we are talking about the best dresses worn at the Oscars.

Gaga carried this strapless, structured black gown so elegantly and chose a 128-carat diamond necklace to complete the look.

Moreover, it was the same diamond piece originally worn by Audrey Hepburn.

In 2020, Sandra wore a dazzling sparky gown designed by Elie Saab, and it was immediately loved by everyone, thus holding a position in the list of best Oscar dresses of all time.

To illustrate, the gown boasted intricate poufy sleeves and a gorgeous metallic bow.

One of the most loved and talented women of today’s date, Zendaya, is an American actress and a singer. Her real name is Zendaya Maree Stoermer Coleman.

In 2021, she presented herself in a Valentino Haute Couture. The actress looked stunning in this neon yellow dress, showing off her midriff.

Moreover, she completed the look with a breath-taking piece from Bulgari High jewelry. The cut-out Bulgari necklace she wore looked illuminating with her custom gown, bringing her on the list of best dressers. 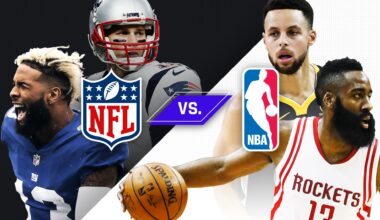 Read More
Whenever referred to the word “Sports,” only instant thrill and unrivaled delight fill your spirit. With the presence…