An American standup-comedian turned actor Chris Tucker’s net worth is $5 million as of August 2022.

The figure seems considerably low given the hit films in his portfolio—more on this in the section below.

Tucker began his career as a standup comedian with a debut in the 1992 HBO comedy series Def Comedy Jam.

His standup routines made everybody laugh and earned him praise from audiences.

Tucker made an appearance on the show throughout its original run from 1992 until 1997.

His standup gigs not just earned him fame and fortune but also made him a household name, leading his way to the film industry.

He went on to star in a number of box office hits alongside famous movie stars, including Jackie Chan and Ice Cube.

The biggest hit in his portfolio has to be the action-comedy film Rush Hour in which he starred alongside Hong Kong actor Jackie Chan.

His detective role in the Rush Hour film series earned him and Chan Blockbuster Entertainment Award for Favorite Duo.

Chris Tucker’s net worth as of August 2022 is $5 million. Here are some quick facts on the actor:

An American standup comedian and actor Chris Tucker’s net worth as of August 2022 is a whopping $5 million.

His net worth figure does not quite match up with the level of success he has had with the blockbuster films her starred in.

There has to be an explanation!

Well, there is, and if it weren’t for his legal and financial troubles, Chris would be one of the richest actors on the planet currently.

It’s hard to believe that Tucker was the highest-paid actor in the world during his career peak in the late 1990s.

Even though Tucker began his career with standups, his actual payday came when he began working in films.

And Rush Hour film franchise did the job of cherry on the top.

Since Tucker transitioned from a comedian to a film actor, he started with a relatively low salary.

In 1995, he appeared as Smokey in the comedy-drama film Friday alongside Ice Cube.

The part got him a paycheck of just $15,000, an amount far cry from what he would make in the future.

For the sequel of the film, Next Friday, Ice Cube and the production unit offered Tucker $10-$12 million, but he turned them down as he did not want to cuss or smoke weed in front of the camera.

In December 2021, Cube revealed this via tweet and elucidated the allegation that Chris had declined to appear in sequels over money.

This was just the beginning of his acting career, so as he progressed and honed his skills, more lucrative offers came to him rushing.

His role as Franklin Hatchett in the 1997 comedy film Money Talks earned him a salary of a whopping $2 million.

The film was a smash hit, grossing more than $48 million at the global box office.

However, his breakthrough was yet to come!

The following year Tucker scored a jackpot with the action/comedy film Rush Hour. His role as detective Carter alongside Hollywood superstar Jackie Chan earned him a $3 million salary.

Audiences immediately loved Tucker’s and Chan’s chemistry on screen, and the film went on to gross a massive $244 million at the box office.

Even though it seemed like he was underpaid for the first installment, Tucker, as clever as he is, negotiated a $20 million to appear in the sequel of the film in 1999.

If we were to adjust inflation, that’s the same as earning $40 million.

The salary was enough to make him one of the highest-paid and sought-after actors on the planet.

For his next project, Tucker negotiated a $40 million two-movie contract with New Line Cinema.

Out of the total amount, $25 million would be his salary for the third Rush Hour.

On top of that, Chris received 20% of the backend gross of Rush Hour 3.

So, in total, Chris bagged at least $50 million from his Rush Hour franchise which equates to around $65 million after inflation adjustments.

Chris Tucker has a surprisingly low net worth despite making tons of money through his acting career.

This all can be attributed to some of the financial blunders he made over the years.

He was doing astonishingly well, but his finances began to get messy, and around 2011, Chris found himself drowning in Internal Revenue Service debt.

Chris missed some of his tax payments between the time frame of 2001 to 2005, his career peak, and in 2011, California tax filings and IRS revealed that he owed $11 million in taxes.

Same year all his tax debt was finally settled.

One of the most valuable lessons one can learn from this is always do your taxes no matter how much you make because they’re watching you!

Net Worth of Chris Tucker in Different Currencies

Chris Tucker’s net worth as of August 2022 is $5 million. The following data shows how much it’s worth in other currencies, including Bitcoin.

Chris Tucker had invested immensely in real estate during his heydays across the United States.

He purchased 10,000 square feet mansion in Florida in 2007 but had to face foreclosure.

However, with no interested buyers, he ultimately accepted $1.7 million in March 2012, bearing a loss of $4.3 million.

As for his cars, not much is known, but in one of the red carpet events, Tucker pulled up in a $300,000 grey Aston Martin Vanquish.

Other than this, the actor has kept his driving hobby out of the public eye.

Chris Tucker was once one of the highest-paid actors on the planet. However, he slowly drifted away from the industry.

After the incredible success of the Rush Hour series, Chris took a long break from performing and filming.

He returned to standup comedy in 2011.

The following year he was cast in Silver Lining Playbook alongside Jenifer Lawrence and Bradley Cooper.

While the exact reason for his slow disappearance from the movie industry is still a mystery, many fans have speculated the reason to be his renewed commitment to religious faith.

In an interview in 2014, he said that he refrains from using harsh profanity in his shows because of his Christian faith.

Moreover, Chris earned tens of millions of dollars during his active career, and if it weren’t for his tax issues, he would be one of the richest actors today.

His finances became so messy that he had to face foreclosure on one of his houses.

But all things considered, Tucker has bounced back. Nowhere near where he was but still have a respectable wealth that can help him spend his life without having to worry about money ever again.

The show became a stepping stone for the comedian for future endeavors.

Tucker made his feature film debut with the 1994 comedy/teen film House Party 3.

Despite several minor roles, Tucker was struggling as an actor and was failing to get traction until the mid-90s when he was cast as a sidekick of Ice Cube in the film Friday.

Even though the film garnered a modest success initially, it has since grown into a cult classic.

He still went on to appear in minor roles in a string of movies, including the French sci-fi film The Fifth Element and Jackie Brown.

After the release of Brett Ratner’s hit “Rush Hour” in 1998, Tucker was unstoppable.

And just like that, a small-time standup comedian was on top of the world.

Chan did not like Tucker in the beginning because he would improvise on set. However, after three films together, they have become close friends off-screen.

Yes, Chris attended his best friend Michael Jackson’s funeral. He was there when Michael was entombed at the Forest Lawn cemetery in Glendale, California. 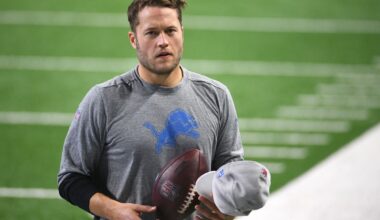 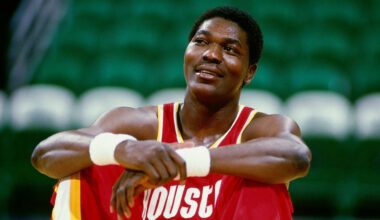 Read More
A former Nigeria-American NBA basketball player, Hakeem Olajuwon’s net worth is a staggering $300 million. He is remembered…