Raven-Symoné Christina Pearman-Maday, AKA Raven, has a massive net worth of $40 million as an actress, songwriter, and singer.

Raven has been in the entertainment industry for more than three decades and has established herself as a sacred cow in both music and acting.

Having started her career as a child actress Raven has come a long way.

The show was the TV’s biggest hit in the late 80s and early 90s and practically single-handedly revived the situational comedy genre.

Similarly, Hangin’ with Mr. Cooper made her even more famous as a child actress. She appeared on the show as Nicole Lee and was just eight at the time.

An American actress and singer, Raven Symoné’s net worth as of June 2022is a staggering $40 million.

Raven is one of the few actresses who’ve successfully navigated growing up in the industry.

Having begun her career before her second birthday, Raven is still relevant and running things today.

The actress has earned tens of millions of dollars from her successful acting career both as a child and an adult, singing, endorsements deals, and investment pursuits.

Needless to say, The Cosby Show put Raven on the map, but as Lizzie McGuire to Hilary Duff, That’s So Raven proved out to be for Raven Symoné.

That’s So Raven still remains one of the biggest shows in the history of Disney Channel.

Moreover, Raven has not revealed the exact figure of how much she was paid for her role in The Cosby Show, but in an interview, she revealed that she has not touched a dime from it.

Similarly, she also revealed in 2020 that she still earns handsome stream royalty each year from Cosby.

That’s So Raven series ran for a total of 100 episodes.

Though her later salaries have not been revealed, given the show’s popularity, Raven must have made upwards of $100,000 per episode in the later seasons.

Take that with a pinch of salt!

In fact, her 2003 album The Cheetah Girls alone sold over 2 million copies and was certified platinum by RIAA.

This album amassed $2.5 million for the singer.

Similarly, in 2006 The Cheetah Girls 2 sold over 1.4 million copies worldwide and earned $1.6 million.

As opposed to popular rumors, Symoné is not worth $400 million.

It all started back in 2009 when Ebony Magazine article dubbed Raven “The $400 Million Woman.”

Some news-hungry publications began publishing tempting but fact-free versions of the article.

However, the Ebony Magazine article was referring to how much Disney actually earned from Raven-related merch, TV shows, and music sales.

Raven did earn a small fraction of these revenues but $400 million, Come on!

While Raven has earned a substantial amount of money throughout her career, $400 million is not valid.

Net Worth of Raven Symoné in Different Currencies

Let’s look into Raven Symone’s net worth in different currencies, including the crypto Bitcoin.

After living there for more than a decade, she listed it for $2.1 million in November 2020.

Raven also used to own a condo townhome in Valley Spring Ln, California. She purchased the townhome back in 2005 for $600,000.

Nevertheless, currently, the That’s So Raven actress resides in East Hollywood, California home, which she purchased in December of 2021 for $940,000.

Raven Symoné had had a vast collection of super wheels.

In fact, she purchased two Porsches in a year.

However, after realizing how much money she could save by going electric, she sold off the majority of her supercars in 2014.

Her collection included Lamborghini and Ferrari.

Astonishingly, she did find the pony on her super-fast and expensive Porsche 911 and chose to keep it.

Other than her stylish Porsche, the actress turned singer currently hits the road on a Smart Car.

The best part of this car is that it is environmentally friendly and is small in size, ideal for driving around cities.

Raven Symoné is a Queer and prefers they/them pronouns.

The American actress came out of the closet in 2013 after gay marriage was legalized in more states in America.

However, it was hard for her to come out and identify herself as a queer.

She described that she took both women and men as possible romantic partners since she was 12 years of age.

During her interview with Oprah Winfrey in 2014, she explained her rejection of labeling herself. She does not prefer identifying as either gay or African American.

In 2013, she briefly took a hiatus from acting and went to the Academy of Art University to pursue fine arts degree.

She graduated from university in 2016.

Furthermore, the 36 year old seems fit as a fiddle, and the credit goes to her wife, Miranda.

In an interview, Raven revealed that her wife Miranda inspired her to lose weight. Raven lost almost 40 pounds in three months and is in the best possible shape.

Moreover, Raven likes to treat herself to expensive designer outfits and trendy accessories.

She also lavishes her wife with expensive gifts and holiday gateways.

Raven Symoné has a soft corner for needy people and often engages herself in charitable works and campaigns.

She is a member of the Red Cross Celebrity Cabinet.

Similarly, she has supported numerous non-profits over the years, including Variety Power of Youth, Women Alive Coalition, Giving Back Hollywood Foundation, and Racing for Kids.

The actress finished 12h spot in the pre-qualifying race, looping around the track over ten times in under two hours.

Toyota donated $5,000 in the name of each celebrity racer to “Racing for Kids.”

Moreover, earlier this year, Raven was of the competitors in Celebrity Wheel of Fortune.

She finished third on the show because of the tiny mistake but still walked away with $30,000 for her charity.

Raven auditioned for a role in Ghost Dad opposite comedian Bill Cosby.

In 1989, she was invited to join the cast of The Cosby Show, which made her a household name.

Though she appeared as Olivia on the show for its final two seasons, she garnered a considerable push which proved to be pretty lucrative for the actress.

She booked tons of TV shows after the Cosby project.

Raven appeared as the younger version of the starring character Halle Berry in Queen: The Story of an American Family.

Similarly, she appeared as Nicole Lee on Hangin’ With Mr. Cooper and remained on the show until 1997, when the very last episode premiered.

Aside from the small screen, Raven has also starred in a number of silver screen projects. In 1994, she debuted with Little Rascal in the world of film.

Some of her other notable films include Dr. Dolittle, A Girl Like Grace, and College Road Trip.

In addition, since 2017, she’s been associated with the TV series Raven’s Home as Raven Baxter.

She took two years of vocal lessons from Missy Elliot.

Similarly, she was signed under MCA Records, through which she released her first album titled Here’s to New Dreams in 1993.

Nonetheless, due to low sales numbers, the record label dropped her in 1995.

Symone was later signed to Disney-owned label Hollywood Records. Her third album was released under the same record in 2004, which charted at No. 51 on Billboard 200.

The beautiful actress and singer have been approached by several brands for endorsements throughout her career.

She has also appeared in commercials for some of the top-tier brands.

As a model, Raven has starred in commercials for Fisher-Price, Cool Whip, Ritz Crackers, and Jell-O.

Raven was born in Atlanta, Georgia, and moved to New York City as a child.

She began appearing on TV commercials almost immediately after moving to New York.

She worked with Ford Models as a child.

When she was only three, her parents Christopher and Lydia, moved to Ossining, New York.

The actress and singer Raven Symoné’s net worth as of June 2022 is a whopping $40 million.

Is Raven Symoné a twin?

No, Raven Symone is not w twin, but she has a brother named Blaize.

Who are The Cheetah Girls?

Does Raven have a child?

Some reports have claimed that the That’s So Raven actress gave birth to a baby daughter Lilianna Pearman in 2009 in Atlanta.

However, no further claims have been made on the matter. We are not sure whether or not Raven’s rumored daughter Lilianna exists.

NNet Worth
The American actress and model Natalia Dyer, best known for her role in the TV series Stranger Things,…
NNet Worth 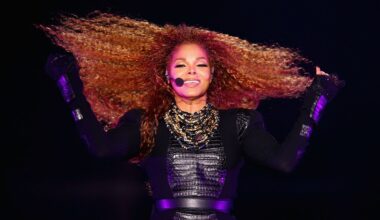