Retired Canadian-American actor best known for his iconic performance in Back to the Future trilogy as Marty McFly, Michael J. Fox’s net worth is a staggering $65 million.

Fox began his career in the entertainment industry in the 1970s and rose to prominence with NBC sitcom Family Ties which ran from 1982 to 1989.

Aside from being a terrific actor, Fox is also an author, comedian, film producer, and activist.

Fox had been actively involved in acting for more than four decades until being diagnosed with Parkinson’s disease.

He subsequently became an advocate for the disease and took a break from acting, still making a few guest appearances once in a while.

However, that would not last very long as he retired from acting due to his declining health in 2020.

To understand more about the legendary actor Michael J. Fox, let’s check out his quick facts.

Canadian-American actor, author, comedian, producer, and activist Michael J. Fox’s net worth as of February 2023 is a whopping $65 million.

More than 40 years in the entertainment industry have really paid off for the actor as he’s gained an enormous amount of fame and fortune to lead a comfortable lifestyle.

Though he earned well during his active acting days, his income sources currently are limited to book royalties, public appearances, and other endeavors.

As a retired actor, he might earn some extra cash from the show reruns, but no official reports have stated the news.

Back to the Future Earnings

The legendary actor Michael J. Fox has appeared in more than 38 films to date, most of them being both critically and commercially successful.

His films have collectively grossed over $1.8 billion at the worldwide box office collection, half of which can be attributed to the Back to the Future trilogy.

The first installment of the trilogy, released in 1985, grossed over $388 million at the global box office and spent eight consecutive weekends as the No.1 film at the United States box office.

Fox introduced what would later make him the household name Marty McFly for the first time in 1985. His part in the film paid him a mere $250,000 same as earning half a million dollars today.

Though his pay was low in the film, he gained much-needed traction with his iconic performance, which paved the path for his success.

Since the film was a smash hit, Fox would reprise his role in the sequel of the film in 1989. However, this time his pay was bumped to a staggering $5 million.

Again the film proved to be quite successful, grossing more than $332 million. This catapulted Fox’s fame to the stratosphere.

In 1990 Fox appeared in the final installment of the trilogy “Back to the Future Part III.” His role in the film earned him another $5 million dwarfing his first check from the franchise.

All in all, Michael made $10.25 million from the entire franchise.

In 1985 Michael appeared as Scott Howard in the fantasy/comedy film Teen Wolf. The film was quite successful, grossing $80 million at the global box office. The film earned Michael $750,000.

Similarly, his role as Brantley Foster in the 1987 comedy/romance film The Secret of My Success earned him a cool $2 million.

Furthermore, in 1994 Michael starred in the comedy/satire film Greedy as Daniel. He earned a whopping $5 million for his part in the film.

Net Worth of Michael J. Fox in Different Currencies

Michael J. Fox’s net worth is $65 million, but how does it look in other currencies around the world.

Michael J. Fox has invested heavily in real estate across the United States.

Reportedly, he, along with his wife Tracy Pollen, own six family homes.

The couple constructed their dream home in New England in 1997. However, in 2016 they listed the property for $4.25 million.

They were finally able to offload the property in 2017 accepting $3.9 million.

Back in 2008, Michael paid $6.3 million for a beautiful six bedrooms, 7.5 bathrooms house in Quogue, a village in Southampton, New York.

Aside from these, the couple owns houses in Malibu, Vermont, and an apartment unit in Manhattan, New York.

Michael J. Fox has owned a number of fancy cars over the years.

During his active acting days, he used to drive in some of the swankiest and most iconic cars, just like in the film Back to the Future.

However, since his Parkinson’s diagnosis, he is pretty much chauffeured around and has not gotten behind the wheels for a long time.

At the 89th Oscars, ceremony actors Seth Rogen and Michael J. Fox came out onto the stage in the faithful replica of the DeLorean DMC-12, the car from Back to the Future.

How cool is that!

Michael met his wife Tracy Pollan on the set of Family Ties. Tracy played the role of Michael’s girlfriend on the sitcom.

They share four children together, Michael, Aquinnah, Esme, and Schuyler.

Fox was granted Freedom of the City of Burnaby, British Colombia on June 4, 2010.

The same year he was appointed Officer of the Order of Canada.

Furthermore, despite having such gigantic net worth, Fox lives a relatively modest lifestyle.

He is continuously involved in helping the ones in need through The Michael J. Fox Foundation for Parkinson’s Research.

Since retiring, he has been more involved in the research himself.

If Michael J. Fox is known for anything other than his acting, then it has to be his involvement in Parkinson’s disease research.

Being the founder himself, Michael has been actively involved with the foundation since its inception and has raised hundreds of millions of dollars.

Reportedly, his foundation collects over $14 million in funds on annual basis.

As the name, The Michael J. Fox Foundation for Parkinson’s Research suggests, the foundation is dedicated to finding a cure for Parkinson’s disease through an aggressively funded research agenda.

To date, the nonprofit has collected more than $300 million for Parkinson’s research.

In 2010, Michael was awarded an honorary doctorate from the Karolinska Institute for his work advocating a cure for Parkinson’s disease

As mentioned before, Back to the Future made Fox a household name in the 80s.

He was so successful that several elite brands approached him to promote their products on television and in print ads.

For example, during his absolute peak in the 80s, he appeared in the TV commercials and print ads for Pepsi.

He wore the pair of Mags in Back to the Future.

Michael J. Fox has published four of his written works to date since 2000.

His first book was Lucky Man: A Memoir which was published in 2002.

Similarly, Fox followed it up with Always Looking Up: The Adventures of an Incurable Optimist in 2009 and A Funny Thing Happened on the Way to the Future: Twists and Turns and Lessons Learned in 2010.

His most recent book was published in 2020, entitled No Time Like the Future: An Optimist Considers Mortality.

Michael made his feature film debut in 1980 with Midnight Madness.

Following that, he was cast as Alex P. Keaton in the NBC sitcom Family Ties.

It was a massive success and drew one-third of American households in as viewers each week.

He won three Emmys and one Golden Globe Award for his performance in the sitcom.

In 1985 Fox was cast as Marty McFly in Back to the Future.

In addition to his films and TV shows, Fox has also lent his voice to several animated shows.

Is Michael J. Fox in a wheelchair?

Fox has revealed that he struggles with some of life’s basic day-to-day functions.

He also said in an interview with CBS News that he uses a wheelchair every now and then.

What stage of Parkinson’s is Michael J Fox?

Fox is in the late mild stage of Parkinson’s.

At what age was Michael J Fox diagnosed with Parkinson’s?

Michael was diagnosed with the disease at the age of 29. 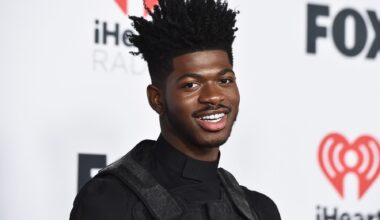 Read More
Lil Nas X’s net worth is $7 million as an American rapper and a songwriter. Lil Nas X…
NNet Worth 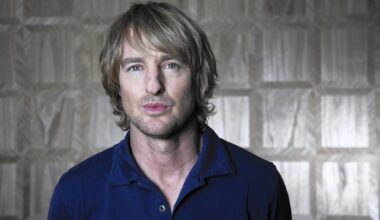 Read More
An American actor and screenwriter, Owen Wilson’s net worth is a whopping $70 million. One of the most…