Rapper, actor, activist, poet, rebel, and visionary Lesane Parish Crooks, aka Makaveli aka Tupac Shakur, had a net worth of $200,000 at the time of his passing.

Considered the greatest and most influential rapper of all time, Shakur’s music has been distinguished for modern social issues that afflicted inner cities.

Similarly, Shakur is also known for his infamous rivalry with Biggie Smalls, an east coast rapper.

The feud between the two exploded into arguably the biggest rivalry in the history of music which ended up in the death of both artists, just as their music careers were burgeoning.

Both were lyrically insane, the only difference between the two, however, was they represented different coasts.

Furthermore, Tupac is one of the best-selling music artists of all time, worth more than 75 million record sales worldwide.

Here are some of the quick facts about arguably the best rapper of all time Tupac Shakur.

One of the best-selling American rappers and actor Tupac Shakur’s net worth was $200,000 at the time of his death in 1996.

Tupac sold over 75 million records worldwide and garnered a sizable fortune to lead a lavish lifestyle.

Despite that, his finances were a mess at the time he made his demise.

Despite the fact that the rapper was active only for five years, he made an impeccable impact in the music world with his lyrically rich songs.

Once a legend, always a legend, Tupac Shakur made money not only when he was alive but also after his death.

Interestingly, Shakur has been featured in the Forbes list of Top-Earning Dead Celebrities multiple times over the years.

In 2003, his earnings from song royalties and merchandising sales were recorded to be $12 million.

Also, in 2005 he was featured in the list again with the earnings of $5 million.

Despite his enormous success, Tupac had very little to show at the time of his death.

As a matter of fact, Shakur owed $4.9 million to his record company, Death Row, when he passed away.

After his death, his mother Afeni took control of his estate because Pac died without a proper will.

Soon after discovering the withheld royalties and other incentives promised under his contract, Pac’s mother Afeni sued the Death Row record label.

However, the record company claimed that Pac’s financial issues were because of his spending spree.

The label submitted Pac’s finances that they had loaned in the year preceding his death.

As per the papers submitted, the company lent him several hundred thousand to buy himself cars and rent homes for himself and his family.

Similarly, they paid a staggering $300,000 to Peninsula Hotel that Pac had racked in a single night.

Besides, the company also paid $16,000 per month that Pac had arranged to support Afeni, his mother.

However, things got interesting when Pac’s mother threatened to forbid the release of his posthumous album “Makaveli: The Don Killuminati” to the record company.

After this Interscope, Death Row’s distributor immediately paid $3 million to his estate.

They also agreed to pay his estate $2 million in one year and hiked his royalties to 18%.

Pac’s debt of $4.9 million was forgiven by Death Row as well.

Afeni Shakur’s net worth at the time of her death in 2016 was a staggering $50 million, which came from Tupac’s estate.

After Pac died, her mother received tens of millions of dollars over the next several decades from the posthumous release of albums, merch sales, and several other forms of image licensing.

Net Worth of Tupac Shakur in Different Currencies

Let’s look into Tupac’s net worth in different currencies, including the famed cryptocurrency Bitcoin.

One of the greatest rappers of all time, Tupac Shakur’s net worth at the time of his death was $200,000.

As mentioned before, Pac was nearly broke at the time of his death.

He did not own any real estate. As a matter of fact, Pac lived in a rented mansion in Woodland Hills, an area of Calabasas, Los Angeles, during his final years.

He owned several cars over the course of his life, but when he died, his mother got only a Mercedes Benz SL 500 from her son’s estate.

One of the greatest rappers of all time, Shakur lived an extravagant lifestyle.

He had earned an astounding fortune, but with all his legal issues and settlements, he lost all his money.

At the time of his death, he did not own real estate, had no stocks, and had no retirement accounts.

His significant assets were two cars, a five-figure insurance policy which eventually went to his half-sister, and a single checking account with a balance of $105,000.

All of his money went to taxes and court fees.

He was involved in numerous legal issues over the course of his career and spent nearly nine months in the penitentiary.

He claimed that the police officers brutalized him by scratching his face.

The case was settled with the police department paying Shakur $43,000.

Besides music, Pac was famous for his high-profile affairs. There is a long list of celebrities Pac had dated, including Madonna, Jada Pinkett Smith (rumored), Jasmine Guy, Missy Elliot, Mary J. Blige, and Whitney Houston.

However, their marriage was annulled just ten months later.

He was engaged in conflicts, most notably with Biggie Smalls, aka Notorious B.I.G, P. Diddy, and their record label Bad Boy.

He had even released several diss tracks targeting the East Coast hip-hop artists.

Most notably, his diss song titled Hit ‘Em Up garnered much attention, in which Pac targeted Diddy, Mobb Deep, Chino XL, and Junior M.A.F.I.A in addition to Biggie.

Most Pac fans believe that this rivalry caused Pac’s death in a drive-by shooting in Las Vegas.

He was shot four times in the chest by an unknown gunman in a white Cadillac in Las Vegas while returning from an MGM Grand after attending a boxing match between Bruce Seldon vs. Mike Tyson.

Co-founder of Death Row Records Suge Knight was riding along with Pac when all of this happened.

Immediately after the shooting, Pac was taken to the University Medical Center of Southern Nevada, where he was put on life support.

Reportedly, Pac died of internal bleeding on September 13, 1996, in the Intensive Care Unit and was pronounced dead at 4:03 PM.

The next day his body was cremated.

Interestingly, members of hip-hop group Outlawz smoked the ashes of Pac after mixing them with marijuana.

She would organize gigs for Pac and his group Strictly Dope.

Pac debuted under the name Tupac in January 1991 under a new record label Interscope Records.

He released his debut album titled 2Pacalypse Now in November 1991.

The album was quite successful, selling over half a million copies, and was certified gold by RIAA.

In total, Pac released four studio albums over the course of his career, with several others being released posthumously.

Does Jay Z own Tupac Masters?

Jay-Z and Roc Nation purchased all of Tupac’s master tapes in 2003 from Entertainment One for approximately $384 million.

Is Tupac the best rapper of all time?

Who was the better rapper, Tupac or Biggie?

It’s just a topic of biasness among fans.

They both were better in their own regards. Pac had the crazy lyrical ability, but Biggie dropped tracks with the kind of polished technical skills no one had heard before.

NNet Worth
The former Italian soccer playmaker Andrea Pirlo has an estimated net worth of $50 million. Pirlo is an…
NNet Worth 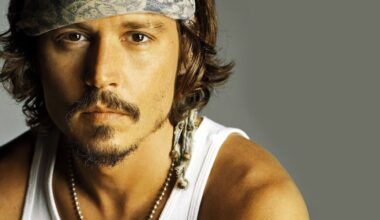