An American actress, singer, songwriter, and producer Hilary Erhard Duff known professionally as Hilary Duff, has an astounding net worth of $25 million.

Hilary has been in the entertainment industry for over two decades and has given several hits to films and music albums.

She is a multi-platinum recording artist with several chart-topping tracks.

Astoundingly, Hilary has sold over 15 million records worldwide and has been cited as an inspiration by successive Disney teen actors, including Demi Lovato, Miley Cyrus, and Selena Gomez.

Moreover, her work in TV, films as well as music has been well recognized by critics and audiences.

She has received some of the prestigious accolades for her work, including four Teen Choice Awards, two Young Artist Awards, and a staggering seven Nickelodeon Kids’ Choice Awards.

Aside from acting and music, Hilary has also authored a couple of best-selling books over the course of her career.

One of America’s most beloved TV stars, Hilary Duff’s net worth as of October 2022 is an astounding $25 million.

Hilary became a household name with her lead role in the Disney Channel series ‘Lizzie McGuire‘, which premiered on January 12, 2001.

Duff appeared in a total of 65 episodes on the show across two seasons.

From the merchandise sales alone, Disney reportedly made more than $100 million off the show. Talk about a hit!

Well, Disney made a lot of money off the show, but how much was the star paid?

Hilary reportedly earned $15,000 per episode of Lizzie McGuire, which seems pretty low but let’s not forget Duff was just 14 at the time, and it was back in the early 2000s.

The show eventually made Duff a millionaire. She earned around a million dollars for the full series.

Nevertheless, it was just the beginning for the actress as tons of opportunities came knocking on her door, which would eventually make her one of the most recognized actresses in the world.

Duff later starred in ‘The Lizzie McGuire Movie’ in 2003, for which she was paid a cool $1 million.

The same year she starred in the comedy-action film ‘Agent Cody Banks’ alongside Frankie Muniz, which earned her half a million dollars paycheck.

Similarly, Disney star made another $1 million for her role as Lorraine Baker in the 2003 comedy family film ‘Cheaper by the Dozen’.

Because the film was so successful, grossing a whopping $190 million in the worldwide box office, Duff got to star in its sequel too. The sequel of Cheaper by the Dozen earned Duff $2 million.

Likewise, Duff made $2.2 million off the 2004 romantic comedy film ‘A Cinderella Story,’ which grossed over $70 million worldwide.

Moreover, Duff made $2 million from the 2004 musical romance film ‘Raise You Voice,’ another $2 million came from the 2005 romance comedy ‘The Perfect Man.’

She was paid $2 million for her role as Tanzie Marchetta in the 2006 comedy romance film ‘Material Girls.’

Aside from her TV shows and films, Hilary has made a pretty good fortune as a successful music artist.

Similarly, she has a huge social media following, which helps her to amass considerable income from brand sponsorships.

Duff has more than 20 million followers on her Instagram handle, and she often engages in sponsored posts and shout-outs, bagging a couple of hundred thousand from the platform.

Hilary Duff’s net worth as of 2022 is a whopping $25 million. Let’s see what her net worth looks like in some of the major currencies across the globe, including crypto BitCoin.

Needless to say that Hilary Duff lives in a gorgeous mansion with her vast fortune.

She spent $3.5 million for a mansion in Toluca Lake, Los Angeles. However, she offloaded the property for $6.5 million in 2010, which was listed for $7 million initially.

Similarly, in 2010 then couple Mike Comrie and Hilary splashed $3.85 million on a home in Beverly Hills.

There have not been any records regarding the sale of this mansion, so we presume that she still holds the property, and most likely, it serves as her primary residence currently.

Moreover, Hilary purchased a newly-built home in Studio City, California, in 2016 for $2.695 million.

As one might expect, actress Hilary Duff owns an extravagant fleet of wheels.

Hilary successfully transitioned herself from teenage star to adult actress.

The amount of fame and fortune she gained from her successful career as a teenager and eventually as an adult superstar is praiseworthy.

She turned from the queen of teens to breakout sex symbol in no time.

In 2007 Hilary appeared on the cover of Maxim.

She has been regularly listed on the FHM’s annual list of 100 Sexiest Women. Not to anyone’s surprise, but she peaked at No.8 in 2008.

As for her personal life, she was in on and off relationships with singer Aaron Carter between 2001 and 2003.

They were all over the news because of their age gap, but the couple separated in November 2006 after two years in a relationship.

After splitting with Joel, Duff began dating NHL player Mike Comrie. They got married in 2010 and parted ways in 2016. They have a son named Luca Cruz Comrie.

Similarly, since early 2017 Hilary has been in a relationship with singer and producer Matthew Koma.

They have a child together, born in October of 2018.

The couple got married in December 2019 at their home in a private ceremony.

Moreover, given her profession in the entertainment industry, Hilary has to stay in shape, which is why she follows a strict workout regime and diet plans.

Duff later attributed her weight loss to the practice of flexible “macro counting” and a balanced lifestyle.

Actress Hilary Duff has engaged herself to several charitable organizations over the years for the sake of the underprivileged and unfortunate.

Similarly, she traveled to a school in New Orleans in 2006 and worked with USA Harvest to distribute means.

In 2020 Duff shared a donation sum with her husband for the Australian bushfires.

Likewise, she also donated baby products to the parents in need via her Happy Little Camper brand during the COVID-19 pandemic.

Hilary Duff has laid her hands in several sectors, including music.

After finding massive success in TV and films, she expanded her career into the music industry.

As mentioned before, she has sold over 15 million albums across the globe, making her one of the best-selling artists.

So what we’ve learned so far is whatever profession Hilary chooses, she just nails it.

She has three Platinum-certified albums and three number one singles to date.

Hilary Duff has 77 credits as an actress, which seems pretty fair given her more than a two-decades-long career in front of the camera.

Let’s not get confused; her credit includes her work in TV shows, movies as well as music videos.

She is popularly known as an actress for her roles in TV shows such as Lizzie McGuire, George Lopez, The Chase, Gossip Girl, Younger, and How I Met Your Father.

Similarly, Duff has earned tons of money from movies such as The Cinderella Story, The Perfect Man, Raise Your Voice, and The Lizzie McGuire Movie.

Hilary Duff has one of those faces which can easily captivate her fans and followers, which might be the reason several top-tier brands have approached her to be the face of their company.

Since the beginning of her career, Hilary has endorsed well-known brands and companies.

In 2005 Hilary signed a brand deal with Candie’s and in 2009 with Donna Karen New York for the new Femme juniors line.

Similarly, she released her debut fragrance line called With Love…. From Elizabeth Arden in 2006.

Her second fragrance, Wrapper With Love, was released in 2007.

Moreover, she was featured in the Got Milk? Campaign in 2006.

She also launched two of her line of clothing, teaming up with Elizabeth Arden.

The multi-talented actress has also dipped her feet into the world of writing.

She published her first book, Elixir, in 2010. The book went on to become the New York Times Bestseller.

Similarly, Devoted her second book was published in 2011.

In 2013 Hilary published yet another fantasy fiction novel titled True.

Her most recent book, My Little Brave Girl, a children’s book was published in March 2021.

Hilary Duff was born as the second of two children to Robert Erhard Duff and Susan Colleen Duff in Houston, Texas.

She has an older sister named Haylie Duff, who is also an actress.

As a child, Hilary enrolled in acting, singing, and ballet classes along with her sister. They also worked at local theatre productions.

In 1993 both the sister moved to LA along with their mother to pursue a career in acting.

She landed her first major role in 1998 in the film ‘Casper Meets Wendy.’

Why did Hilary Duff and Aaron Carter break up?

Hilary and Aaron broke up because reportedly Aaron cheated on Lizzie McGuire star.

How old was Hilary Duff when she had Luca?

Hilary became a mother at the age of 24. She got a lot of comments at the time that sounded, “You’re a baby having a baby!”

10 Countries With Most Beautiful Women 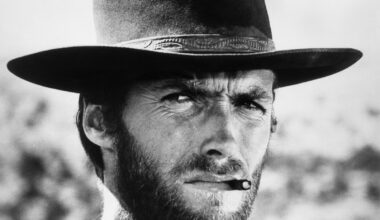 Read More
Clint Eastwood is a successful American film actor, director, and producer with a massive net worth of 375…
NNet Worth
The National Football League’s wide receiver, Odell Beckham Jr., has an astounding net worth of $40 million. He…