The beautiful women over 40!!

Society often keeps beauty and age in the same box with a dominant idea that beauty fades with age or one is beautiful when they are young.

And, it is known to all that this “age and beauty” stigma is predominantly related to women. But, how does one define young? How can we measure beauty?

The fact is we can’t, and likewise, beauty has nothing to do with age range.

There are millions of women out there who are drop-dead gorgeous irrespective of any age group they are in.

Having said so, we are here to present to you those 20 stunning actresses who are over 40 and have proved that age is just a number. Let us begin with a quick overview!

The following names are not in rank or order, and you are definitely free to choose your favorite diva from this slot or even outside!

Most Beautiful Women Over 40

Let’s look at these gorgeous divas who have aged like a fine wine!

The California-born actress and model Cameron Diaz had given two decades of her life to Hollywood, during which she appeared in more than 40 films.

Currently, Diaz is a retired actress as she announced her retirement from the film sector back in 2014.

Likewise, the gorgeous actress/model has a staggering net worth of $140 million.

The most well-known films from her include There’s Something About Mary (1998) and Charlie’s Angels (2000).

To add more, Diaz began her career with modeling at the age of 16 and eventually transitioned herself into acting. The stunning blonde has worked with almost all major fashion brands.

The globally popular “Monica Geller!” Yes, we all know her by the name of Monica, the character she played in the famous NBC sitcom FRIENDS (1994-2004).

Born in Birmingham, Alabama, Cox has appeared in more than twenty movies and series, but she probably will always be remembered for the iconic portrayal of Monica Geller she played in the aforementioned TV series.

And about her beauty, she is young and evergreen like always. Despite the fact that she is in her fifties, the stunning actress is in excellent form and takes care of her health.

Courtney is married to Johnny Mcdaid, the Irish singer, lead of the band Snow Patrol.

The fit and fabulous Padma Parvati Lakshmi is known for being a host of the food competition show Top Chef. Furthermore, Lakshmi is an author, activist, and model.

Born in 1970, Padma Lakshmi has also been nominated for a Primetime Emmy for her outstanding performance as the reality show host.

Likewise, the writer/host is also known for her stunning physique, for which she heavily focuses on fruits and vegetables.

Michelle Pfeiffer is the name every 90s person knows by heart. Pfeiffer is one of the most sought-after prolific actresses who already has contributed more than four decades to the acting industry.

Furthermore, she has made her appearance in more than 50 films of diverse genres. She is best known for her starring role as Selina Kyle or Catwoman in Batman Returns (1992).

And, how can we forget the 1983 film Scarface where Michelle portrayed the role of Elvira Hancock? She won the heart of every single person with her acting brilliance and beauty.

In 2020, Michelle was featured in the list of 21 Most Beautiful American Actresses. The actress is almost in her mid-sixties but still is equally sexy and gorgeous.

As in the context of beautiful women, nobody should miss the name of Julia Roberts- the American actress and model who has often made her name on the list of the world’s most beautiful.

To illustrate, Roberts has been titled the World’s Beautiful Woman by the People’s Magazine five times!

Additionally, Julia is also one of Hollywood’s most bankable stars who has worked in several movies ranging from rom-com and dramas to mystery, thrillers, and actions.

Moreover, the actress has a total net worth of $250 million.

Now, who does not like her? The poised lady who debuted in Bionic Showdown (1989) and found her big break in the 1994 movie Speed, Sandra Bullock is one of the most beautiful and talented actresses Hollywood has to offer.

Born in Virginia, Bullock has been interested in theatre since her childhood.

Furthermore, the real and radiant actress was named People’s 2015 World’s Most Beautiful Woman.

One of Hollywood’s most famous and wealthiest faces, Jennifer Aniston, has delivered way too many box office blockbusters over her career.

You’re probably familiar with her as Rachel Green from the hit American sitcom FRIENDS. It was through this part that she became a global sensation and garnered international acclaim.

Likewise, Aniston is remembered as one of the sexiest or most attractive women in this world.

Unquestionably, Penelope Cruz is one of the most gorgeous women we can find in the Hollywood film industry. As a very successful personnel, Cruz has worked in more than 60 movies throughout her career.

In addition, she is also a model and has worked with brands like Chanel, L’Oreal, and Ralph Lauren.

The Spanish-born actress is also a recipient of several respected awards, including Golden Globe and SAG.

In 2014, the actress was titled the Sexiest Woman Alive by Esquire magazine.

Furthermore, she is also famous for her role in another TV series, The Young and the Restless (2001-2003).

The actress/producer is often considered a being a beauty inspiration as even in her late forties, she turns the heads of several people.

Leslie Jean Mann is an actress and producer from the United States who is known for her versatile qualities.

Mann the beautiful actress with great comic timing, a distinctive squeaky voice, and ethereal beauty. She has a total net worth of $150 million.

Talking about some of her great works, her notable performance can be observed in the films like Big Daddy, This Is 40, The Cable Guy, Croods: A New Age, and so on.

The English actress, model, and businesswoman Elizabeth Hurley is regarded as one of the most beautiful faces for women over 40 years old.

Talking about her acting career, Hurley is most known for appearing in Mike Myer’s superhit spy comedy Austin Powers: International Man of Mystery (1997).

Additionally, Elizabeth was engaged to Shane Warne, the late Australian cricket legend, in 2011.

One of the very first supermodels, Cindy Crawford, was and is adored by the whole world for the beauty and grace she carries within herself.

The high-profile supermodel is always remembered for the fact that she revolutionized the fashion industry.

Did you know? Crawford appeared on over 400 magazine covers!

Not only that, but, she has collaborated with numerous high-stake fashion brands as every fashion campaign, runaway, media house was after her during the 1980s and 1990s.

Last but not the least, the stunning actress/model has a staggering net worth of $400 million.

Born in 1971, Ghauri, however, retired from the modeling field in 1997 to settle as a mother and live a private life.

Ghauri is still remembered for the impact she brought on the modeling sector, and for that, she will always stand out as a pioneer.

The hot Australian supermodel is one name that never gets left out while talking about beautiful women, and there is no doubt that this fine lady is on the list of beautiful women over 40.

You may also remember her from the role of dancer girl “Janine” she played in FRIENDS, where she appeared as Matt LeBlanc “Joey’s” roommate.

Elle began her modeling career in 1982 with a Coca-Cola commercial which catapulted her to popularity.

Furthermore, the model holds the record for having appeared on the most covers of Sports Illustrated Swimsuit Issue, with five.

Salma Hayek is a Mexican-American actress. The 55-year-old actress/producer is one of the most prominent Mexican faces in the Hollywood film industry.

Picking her one best work, it has got to be the 2002 picture Frida which garnered her a nomination for Oscars in the category of Best Actress.

She is married to Francois-Henri Pinault, the French billionaire and CEO of the luxury fashion group, Kering.

While we talk about beautiful women, it will be an injustice if we miss the popular English actress and model, Kate Beckinsale.

Kate made her debut with a 1993 rom-com, Much Ado About Nothing.

Beckinsale has long been regarded as one of the most alluring ladies, thanks to her sunkissed skin and captivating eyes.

The prolific beauty can dance, she can sing, and she most definitely can act. On top of all these three, she keeps aging like a fine wine.

Catherine is also recognized as one of the most gorgeous actors, both in general and above 40!

Back in the 2000s, Halle Berry was one of Hollywood’s highest-paid actresses.

The beautiful actress with her incredible talent led her to become the only black woman to win an Oscar in the category of Best Actress.

Born to an African-American father and a white mother, she began her career as a model.

Moreover, she was also the first runner-up in the Miss USA pageant and sixth in the Miss World pageant (1986).

The evergreen beauty is unquestionably one of the most beautiful women of all time. To illustrate, she is just as gorgeous now as she was when she began modeling.

Everyone is just crazy about her curvy physique and sleek-sharp features, which she has maintained even in her late fifties.

Belluci has worked for brands like Dior, Dolce & Gabbana, and many more. Likewise, she recently became the brand ambassador for the skincare label Nivea.

The one last spot in this list belongs to this Columbian beauty; Sofia Vergara, 49, is one of the sexiest women. And it is very hard to disagree with this fact!

Vergara, with her stunning physique and exotic accent, has won the number one position of the most prominent Latinas in Hollywood.

Moreover, she is a wife to equally sexy American actor Joe Manganiello. Without a single doubt, they are one of the most beautiful couples in the world.

Read About 20 Most Admired Women…! 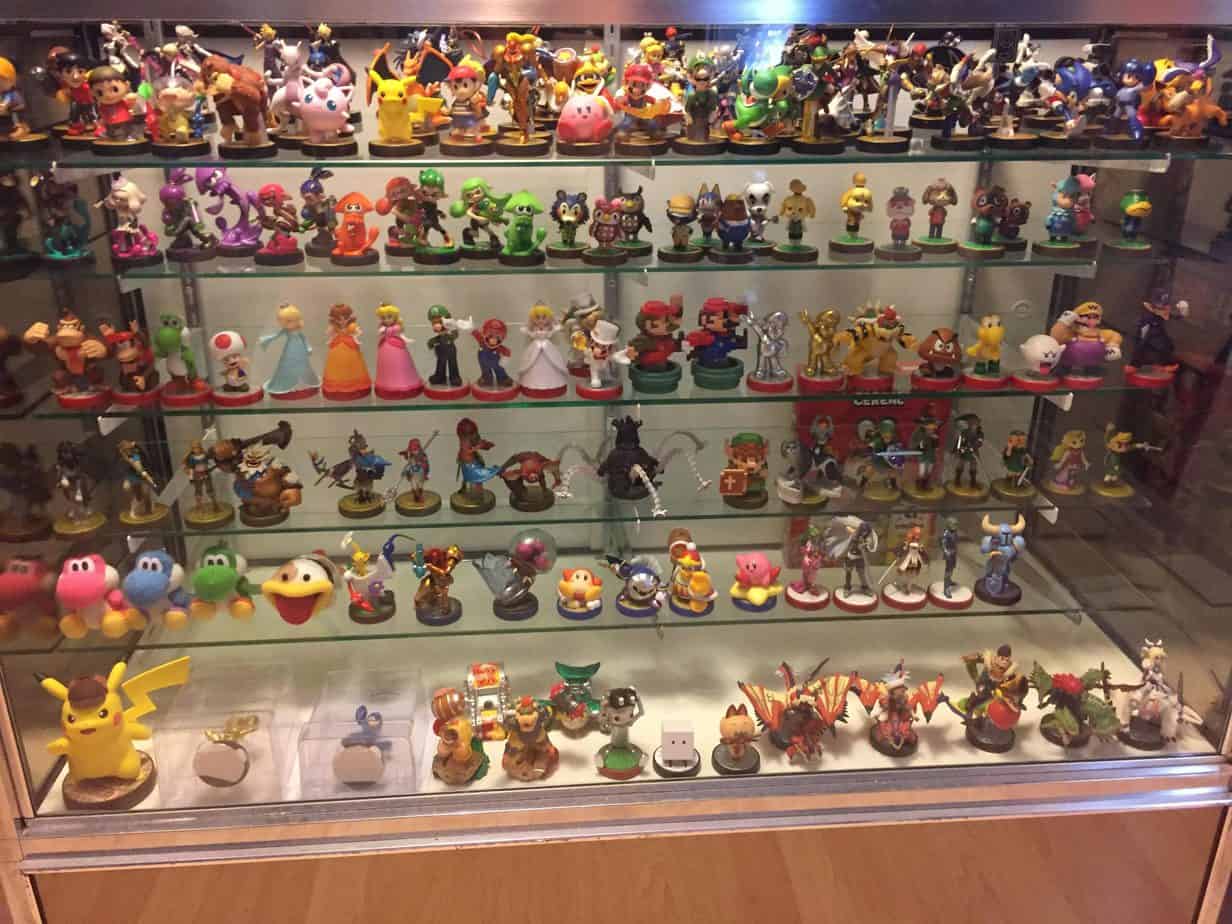 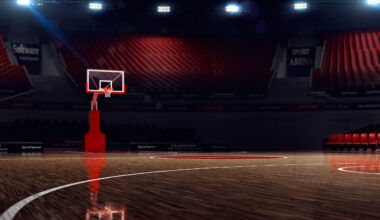 Read More
If you are a fan of the National Basketball Association’s games and championships, then you are in luck.…