Most of us have a habit of starting the day with a freshly brewed cup of coffee. But have you ever thought about quitting the habit of drinking coffee?

If you want to break the habit, this article will certainly motivate you.

Coffee does make us feel energized and woke for the day. However, it also leads to health effects and increased expenditures that are certainly not worth the habit.

The information and details has been compiled from trusted sources including Wikipedia and Healthline.

It does not permanently raise your blood pressure.

If you already have high blood pressure, even the short durations of a spike might be harmful to you.

Furthermore, high blood pressure can lead to an increased risk of stroke and heart attack.

Many individuals have a habit of drinking coffee every morning; some even consume two to three cups a day.

A single cup of coffee doesn’t affect your spending a lot, but it’s the everyday consumption that adds up.

Also, Read About 20 Most Expensive Coffee in the World

13. Loss of Vitamins and Minerals

Vitamins and minerals are “micronutrients” that your body needs in moderate amounts but with a consistent dose.

Because your body cannot produce most micronutrients, you must obtain them from other sources.

According to research, caffeine can deplete key nutrients like vitamin B6 while absorbing important minerals like calcium, iron, magnesium, and vitamin B.

Magnesium is undoubtedly the most significant mineral that coffee depletes.

This vitamin is essential for approximately 300 physiological responses, including immunological activity, cognitive ability, bone strength, muscular relaxation, energy production, and so on.

12. Staining on Teeth and Decay

When the tannins in coffee and tea build up on tooth enamel, they cause stains.

Like any other non-water beverage, coffee can cause germs to thrive in your mouth, resulting in tooth and enamel deterioration.

Teeth might become thin and fragile as a result of this. Coffee directly does not cause tooth decay at higher rates.

However, if you like sugar in your coffee, the daily intake can decay your teeth.

Caffeine has a half-life of 4-6 hours, so drinking coffee or energy drinks late in the day might make it difficult to fall asleep fast.

Caffeine is a stimulant that can persist in your body for a long period. For example, if you have insomnia, coffee can make it worse.

If you want a good sleeping pattern, then it’s best to stop drinking coffee.

Some people can’t get through their morning without a cup of coffee or cant work productively unless they have their coffee. A regular intake of coffee causes dependency.

The dependency is because of the chemical alterations in the brain caused by long-term usage. Caffeine tolerance develops the same way it does with other drugs or alcohol if consumed daily.

Caffeine users who consume them regularly grow accustomed to the wake-up effect it causes and progressively demand greater doses to acquire the same “Caffeine fix.”

Some even experience physical symptoms due to withdrawal-like headaches, fatigue, drowsiness, depression, and even flu-like symptoms.

These symptoms can have a negative influence on your everyday quality of life, making it difficult to focus at work or enjoy routine chores.

Coffee can highly influence your mood. For example, if you are used to drinking coffee regularly at a certain time, not getting it at the usual time can make you very irritated.

Caffeine functions by activating the central nervous system, of which the brain is an essential component.

Caffeinated beverages, such as coffee, operate by manipulating the brain into producing dopamine and serotonin.

Hormones such as norepinephrine and adrenaline are also released. These hormones are involved in the brain’s “fear response” reaction, which is beneficial in a crisis but not so helpful when you’re just working in the office.

Coffee users may suffer irritation, agitation, and anxiety as a result of this action.

When consumed in one sitting, even small dosages have been found to produce fast respiration and elevate stress.

Many individuals experience that drinking a cup of coffee in the morning helps them with bowel movements.

Gastrin, a hormone produced by the stomach that accelerates colon function, is responsible for coffee’s laxative action.

On the other hand, caffeine appears to promote bowel motions by boosting peristalsis, or the movements that transport food through the digestive system.

Therefore,  high amounts of caffeine can cause loose stools or even diarrhea in some people.

According to certain research, caffeinated drinks like coffee may aggravate gastroesophageal reflux disease (GERD) in some people.

Regular coffee drinkers report experiencing involuntary shaking of their hands which is a condition called tremor.

Tremors are caused as a side effect of caffeine overdose.

Caffeine sensitivities occur in some individuals, meaning they may feel the consequences of caffeine at considerably lower levels. If you have caffeine sensitivity, even a single cup of coffee might cause hand tremors.

Although a hand tremor isn’t life-threatening, it can make daily chores more challenging.

So, if you notice your hands constantly shaking, it is time to stop drinking coffee.

Any alterations in the regular amount of coffee consumption can cause headaches.

Coffee constricts the blood vessels surrounding the brain. Therefore, when consumption is stopped, the vessels are enlarged, causing increased blood flow and pressure build-up around the nerves.

According to research, caffeine impacts migraine by either triggering a migraine attack due to its consumption or frequent trigger due to its withdrawal.

Therefore, it is advisable to avoid caffeine altogether if you have a migraine.

Drinking coffee does have its health benefits if consumed occasionally without sugar. But most of us have a habit of drinking coffee with sugar in drinks like latte and cappuccino.

According to many experts, sugary drinks are a major contributor to the Western world’s obesity problem.

You may be taking in more calories than you realize based on what you put in your coffee and how much you drink.

For example, a cup of plain brewed coffee contains less than five calories. A cup of coffee with milk, on the other hand, contains 33 calories.

Read About 20 Most Expensive Food Items In The World

A more detailed description of the process of interaction is given in this research paper.

Always check possible drug interactions with coffee with your doctor if you are taking any medications.

One of the main reasons for drinking coffee is that it provides an extra boost of energy that helps us get going in the morning and prepare for the day ahead.

However, it’s been shown that our systems gain resistance to this over time, and there are no energy advantages to gain from that first cup of the day.

So, if you’re drinking coffee for the supposed boost in energy, you should probably quit because it has no impact.

Some studies show that the consumption of coffee lowers the risk of diabetes. However, the benefit is limited to coffee with no added sugar or milk, creamer, etc.

Overconsumption of added sugars is connected to diabetes and obesity. Regularly consuming coffee beverages high in saturated fat or sugar might contribute to insulin resistance. It has the potential to lead to type 2 diabetes.

Therefore, limiting the quantity of caffeine in your diet may help if you have diabetes or trouble controlling your blood sugar levels.

What would you do if you had an extra hour every day?

Those who have a habit of consuming coffee every morning spend at least an hour for coffee breaks.

They readily stand in long queues at coffee shops, at convenience stores, or take multiple breaks a day.

Also, if you’re addicted to coffee, the “productivity benefit” it offers rapidly fades.

Read About 20 Cheapest Countries to Live in Work

20 Cheapest Countries To Live in and Work

TTop List
Which are the world’s best-selling albums of all time? What is your favorite genre of music? Is it…
TTop List 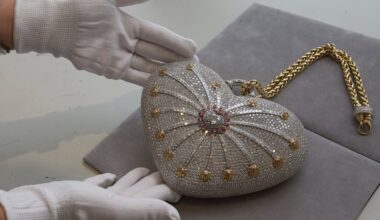 Read More
10 Most Expensive Handbag Brands! A handbag, purse, or pouch is an accessory that holds objects beyond money,…