Cindy Crawford, one of the most popular supermodels and the gorgeous actress, has a massive 400 million dollars.

She is one of the most iconic models who changed the face of fashion modeling.

In the 80s and 90s, Cindy was one of the most successful supermodels.

She was pursued by every fashion campaign, magazine, runaways, and literally by everyone.

During her career, she appeared on more than 400 magazine covers and in many high-profile fashion campaigns.

Following are some quick facts about the supermodel.

Cindy Crawford made millions in the late 80s and 90s by modeling and advertising, which made her the highest-paid and most famous model globally.

Crawford today has a net worth of an astounding 400 million dollars, thanks to all those modeling gigs and advertisements.

However, much of her net worth owes to the gigantic portfolio of real estate she owns and the different business ventures she invested in.

She was the most celebrated supermodel who made 500 appearances in 1998 alone.

Amongst the several campaigns she worked on during her career, the iconic 1992’s Pepsi ad is famously remembered.

Well, the ad was recently recreated for the 2018’s Super bowl.

26 years later, Crawford recreated the ad with her 18-year-old son, Presley Walker Gerber. The talent runs in the genes, we guess.

The beachfront Malibu bungalow is the first home Cindy Crawford and her husband Rande Gerber shared.

Built-in the early 1970s, the house’s front entrance is paved with terra-cotta tiles, which leads to a beautiful room overlooking the Pacific Ocean.

The house is two-floored; the first one includes a kitchen and living and dining spaces connecting the house to a terrace.

While the second floor boasts a master suite including a fireplace, spa, and its own ocean-facing terrace.

The couple owns this beauty for fifteen years now and calls it their main house.

The couple owns a beautiful cottage in Lake Muskoka in Ontario, Canada, which was also featured in the September 2015 issue of Vogue magazine.

The couple built this cottage on a granite island covered in soft moss and wild blueberry bushes, and the dark timber interiors throw the vibe of a Ralph Lauren ad.

The actress spends about a month every summer in this cottage where she wears no make-up, has no plans, and lets her natural gifts flow.

For Cindy, her lakehouse in Ontario is an island getaway- a dressed-down and off-the-radar bliss!

The third home Cindy purchased is a beautiful modern pad in Beverly Hills for a whopping $11.625 million.

The house has five bedrooms-all featuring gorgeous architecture, perfect for a celeb couple with their two teenagers.

This 1959 home has every beautiful detail and all amenities one can dream of.

There is a patio where the family can enjoy an outdoor BBQ and an amazing pool with big trees giving the breath of fresh air.

For privacy, there is a wooden gate too. Well, this house must be a star of Beverly Hills.

The 90s supermodel follows a certain diet and exercise regime to balance her lifestyle.

Crawford spends at least three times a week doing a workout where she combines cardio and old-school lunges, squats, and bicep curls.

Her go-to workout is 20 minutes of cardio, then weights, for which she uses a trampoline or a treadmill or elliptical, or running, depending on her mood.

And, for maintaining her abs, she does a compound exercise that challenges all the stomach muscles. She has also shared a video showing how she does her abs workout.

Cindy believes in inconsistency, and she is also a fan of doing exercises in groups for which she regularly attends a pole dancing studio in LA.

Now and then, she also goes on hikes with her friends.

Crawford has a simple rule regarding her diet: cutting out processed foods and replace them with whole foods!

Her go-to dessert is a piece of dark chocolate every night after dinner.

Cindy with her family has been seen on several vacations, and since she is now on Instagram as well, we are one scroll away from the model’s suave life.

The couple celebrated the 2020’s new year with a lavish beach vacation in Miami. 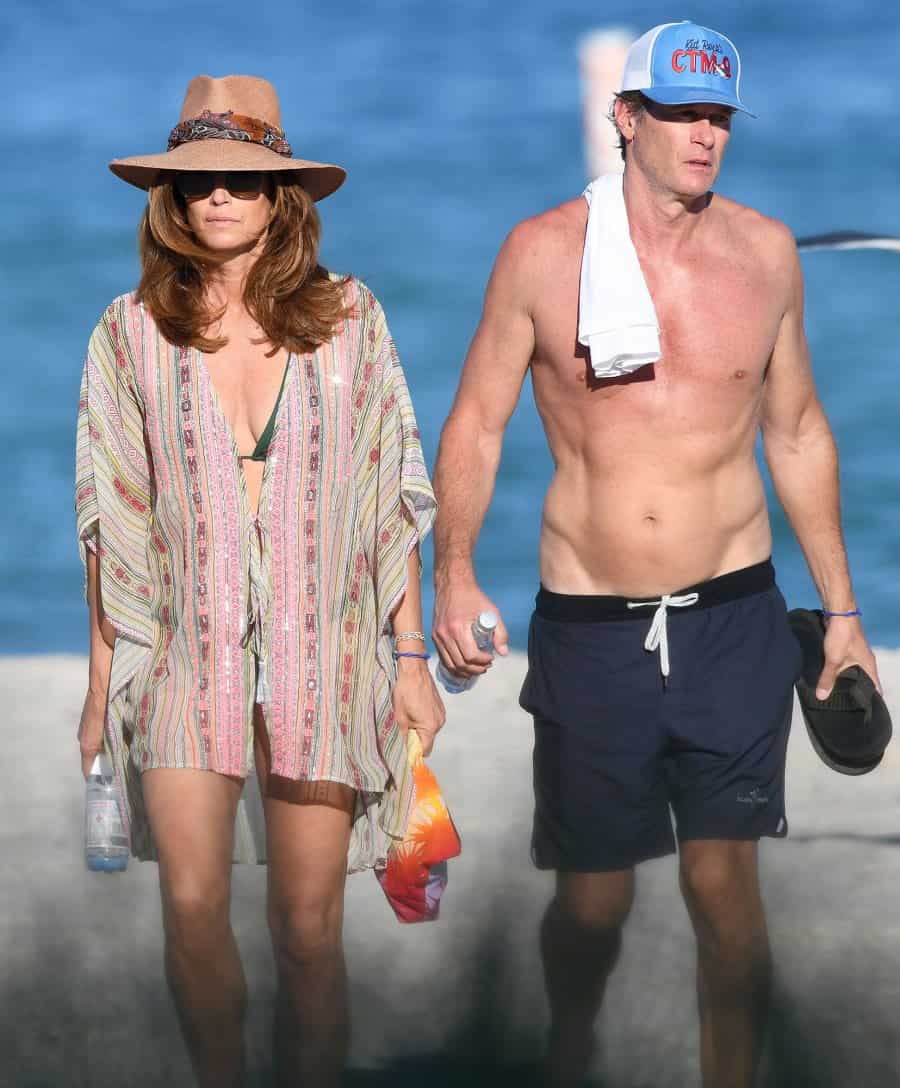 The family every summer spends their vacation in their own lake cottage in Canada. It is their private island retreat where the whole family can spend a secluded vacation.

Cindy Crawford was the name who took the world by storm. She was one of the first five supermodels for which the term “supermodel” was coined. You would see her face everywhere during the 90s.

Though she tried acting in a few movies and a couple of TV shows, her mainstream profession has always been modeling.

She never promoted being skinny to be beautiful. Cindy has always had sexy curves, and she rose to fame with what she had, beauty with talent, and her signature mole above her lips.

Being a businesswoman, she and her husband have invested in several real estate, as well.

Diving into the endorsements, there are oh-so-many brands and products Crawford represented- beauty, fashion, skincare, fitness, and home.

Furthermore, she earned global contracts with big brands such as Pepsi, Versace, Revlon, Balmain, and Omega, to name a few.

Not only that, but Crawford walked the runway for everyone, from Chanel to Ralph Lauren and Dolce Gabbana.

During the 1900s, she was featured in countless ad campaigns for virtually every top fashion designer, including Versace and Calvin Klein.

Since 1995, she has been a brand ambassador to the OMEGA family. She is the brand’s longest-serving ambassador.

Recently, during the very-anticipated show F.R.I.E.N.D.S, Cindy recreated the “The famous Ross-Leather-Pants” moment and walked the runway wearing the exact pair that Schwimmer wore in season 5.

She completed her outfit with a pair of combat boots and a silk button-down that almost looked identical to the one Schwimmer wore in the original episode. It was a tribute to Geller’s fashion fiasco!

Up until now, Cindy Crawford has published three books:

Cindy was born in 1966 to her father, John Crawford, and mother, Jennifer Sue Crawford-Moluf.

Famous as one of the original supermodels of America, the model also known as Baby Gia did revolutionize the fashion industry.

Even years after retiring from modeling, she is still recognized as a “Fashionista” who is beautiful and very talented.

She was an A-student who gave up her academic career and joined modeling. The model has been the cover of more than 500 magazines, and we know that’s insane!

She was the highest-paid model in the world in 1994 who was everywhere at that time.

She married Richard Gere when he was one of the hottest men in Hollywood in 1991. While her first marriage ended in 1995, three years later, she married Rande Gerber.

Born in 2001, Kaia has also pursued modeling and acting.

Is Cindy Crawford related to a Roman Emperor?

Yes, it is true. She is a descendant of the Roman emperor Charlemagne but to be precisely specific-she the 41st great-granddaughter of the emperor.

Is she the first supermodel in this world?

Cindy Crawford is one of the original supermodels, one of the “Big Five,” together with Naomi Campbell, Claudia Schiffer, Linda Evangelista, and Christy Turlington. In fact, the term “supermodel” was coined because of them.

How old was Cindy Crawford in the Pepsi commercial?

Back in 1992, the supermodel was 26 years old during her first commercial with Pepsi; however, 26 years later, she was again featured in the new ad for Pepsi in 2018’s Super bowl.

NNet Worth
The former American football defensive end Kroy Biermann, who played for Atlanta Falcons in NFL, has a staggering…
NNet Worth 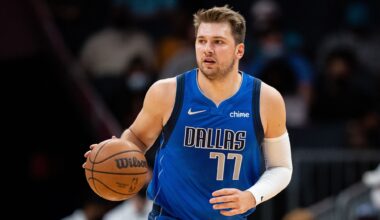