The Academy Award for Best Costume Design goes to…..

Behind every memorable character, there is a meticulously chosen wardrobe.

Whether the costume is extraordinarily flashy or completely plain, costume design provides an amazing opportunity to better insight into the character and the universe around them.

As in the real world, what you wear says a lot about you on the silver screen as well.

Costume designers are the secret heroes in movies!

They are also the people who immerse in a world seamlessly and effectively without getting nearly the same recognition as actors or directors.

And in their honor, the Academy chooses the best costume design each year.

So, let’s get sketching!

Here is a brief look at our top picks for the Academy Awards for Best Costume Design.

10. Fantastic Beasts and Where to Find Them

The movie provides a proper throwback to the New York of the 1920s with a majority of magical twists.

Serving as a spin-off to the Harry Potter series, one can easily paint a picture of the entire cast’s wardrobe.

Moreover, Atwood has been nominated by the Academy on twelve different occasions.

No matter how historically inaccurate the movie may be, it definitely achieves the splendor of the fabled Egyptian Queen.

The costumer were able to achieve the fabled outrageous splendor of the Egyptian Queen and her Court.

As the ever-glorious Cleopatra, Elizabeth Taylor broke a surprising Guinness record at the time for most costume changes in a film.

She changed a whopping sixty-five times into increasingly wild get-ups for different scenes in the film.

Similarly, accurate costumes in this traumatic period piece helped draw audiences into the story of the doomed ship and the star-crossed lovers aboard.

But it also told us a settled story underneath.

Albeit, Scott was able to use style and texture to bring out Rose’s character using fiery reds hidden under heavy adorned blocks.

This helped to depict the feisty spirit being buried under social traditions.

With so much attention to detail, more than 20 years on the film has barely aged today.

The Great Gatsby highlights the decadence of the roaring 20s in the biggest way possible.

Everything is over the top to near Gatsby’s ambition in this art deco silk adaptation of F Scott Fitzgerald’s classic novel.

And just like in a well-planned party, no detail is lost in the wardrobe either.

From the subdued to the flamboyant, every bit of design works in drawing viewers into Gatsby’s world.

Although the film received a mixed bag of reviews overall, the look of the thing was overwhelmingly lauded by both critics and audiences.

As a result, it was hosted for the Best Costume Design by many different award circles, including the Academy Awards, which it won.

The look of the sci-fi giant has been frequently imitated but never duplicated.

At the time of the New Hopes release in the late 70s, it went against the grain in almost every way!

Albeit, from Han Solo’s space cowboy trappings to Darth Vaders cape and samurai-inspired armor to the sleek and menacing present of the Empire!

The echoes of Star Wars have inspired every sci-fi endeavor since.

There has never been a musical as high octane as this one.

Costume designers Catherine Martin and Angus Strathie pulled no punches in order to bring justice to the star’s incredible singing performance in the film.

Drawing inspirations from the late 19th century Paris Cabarets as well as the allure of classic musicals, they created a vibrantly beautiful look for all the characters.

It all works perfectly to propel the film’s restricted plot!

Similarly, it also creates a story in which the whole world truly is a stage and every interaction a show.

4. Lord of the Rings: Return of the King

Costume designer Ngila Dickson certainly had her work cut out for her when she signed up for the Lord of the Rings franchise.

She had to dress not just a few favorite characters but a whole world.

Along with fellow costume designer Richard Taylor, Ngila did an absolutely stand-out job.

She created culture and themes between each remarkably distinct race in middle-earth would have been no easy task.

However, from the pastoral Hobbits to the earthy but enthralling Elves to the brutally savage Orcs, it all comes seamlessly together.

Like all the great epics, the look of this one is distinct enough to be immediately identifiable by relatable enough to be timeless.

3. Memoirs of a Geisha

Having been set in Japan before and after World War II, this movie presents a dream-like western gaze on Kyoto.

At such a time when western culture was just beginning to creep into the land of the rising sun.

The tons of costumes required for this film, most of them being hand-painted silk Kimonos, were created by designer Colleen Atwood in just five months.

Like as in many films, color was used to bring out certain character traits.

This exceptionally careful attention to detail makes for some truly arresting scenes like Chiyo’s transformation, Sayuri’s snow dance, and more.

Fury Road won the Academy Awards for Best Costume Design in 2015, a refreshing choice in a category dominated by historical dramas.

It is a masterpiece of visual storytelling with brilliant costumes designed by Jenny Beavan.

Each character wears only what represents their role in the dystopian world.

The Wives and their chastity belts, Immortan Joe’s transparent armor, and Max’s battered leather jacket all these surreal elements add to the film’s overall impact.

Despite all of the fantastical imagery, Fury Road’s costumes are rooted in what materials would plausibly be available to the characters.

Ruth E. Carter has created some of the most iconic looks in black cinema.

And after being nodded by the Academy for her work in Malcolm X and Amistad, she took home the golden statuette for Black Panther.

Likewise, her research for the movie led her all the way to Africa, combining ancient African tradition with the present and the future.

There is so much abundance of the rich African culture in the movie that we can’t mention it all.

However, the wardrobe of the Dora Milaje is a masterpiece of different African regions combined into one.

The Ndebele Tribe from South Africa inspires the neck rings and armrings that they wear, where the beadwork is inspired by the Turkana Tribe.

Almost all of Africa has been brought together in the iconic warrior falls scene in the movie.

You Might Also Wanna Read About Academy Awards for Best Cinematography

TTop List
Do you ever think about politics, politicians, and how they are responsible for running their countries? Do you…
TTop List 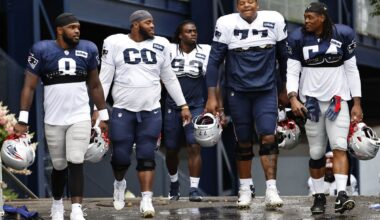 Read More
It’s always been a hot topic on the player’s height, age, net worth, strength, and speed when it…