An English actor, former model, producer, and writer Edward Thomas Hardy, known professionally as Tom Hardy, has a net worth of a staggering $45 million.

Hardy is perhaps famous for his role as Max Rockatansky in the 2015 action-adventure film “Mad Max: Fury Road.”

Those who don’t know Tom from Mad Max film probably know him for his role as Alfie Solomons in the drama series “Peaky Blinders.”

Along with Max Max and Peaky Blinders, Hardy has appeared in numerous other box office hits, including Christopher Nolan’s 2010 film Inception, 2012 The Dark Knight Rises, and 2017 Dunkirk, to name a few.

Since his debut, Hardy has worked his way to the top in the entertainment industry, working on both movies and TV series.

Before jumping right, the details, let’s check out the quick facts of the beloved star Tom Hardy:

An English actor and producer Tom Hardy’s net worth is a whopping $45 million as of October 2022.

Tom Hardy is one of the most prominent actors in the current film industry.

He has starred in a slew of box office hits with over $2.5 billion in global box office collection.

In 2018, the action sci-fi film “Venom” was released in which Hardy played the part of a journalist Eddie Brock.

Tom earned a staggering $7 million paycheck of the film while the film itself went on grossing a whopping $865 million at the global box office under a $100 million budget.

Nonetheless, it is still unknown how much Tom Hardy made off the second installment of the film “Venom: Let There Be Carnage,” released in 2021.

However, Hardy must have made a handsome amount considering the film’s success.

He not only starred in the film but also earned a screenwriting credit.

Hardy rose to prominence with the release of the 2010 film “Inception,” which booked him several other roles on blockbuster films, including the 2012 action thriller film “The Dark Knight Rises.”

Reportedly, for the role of supervillain Bane in the Batman sequel, Hardy charged $2.5 million.

While Hardy earns quite decent from his film roles, he also earns pretty healthily from TV series.

Tom Hardy is a fan-favorite in the BBC drama series “Peaky Blinders.”

Though neither Tom nor the rest of the crew of the series has revealed the exact salaries, it’s well known that the show has a relatively low budget.

It is rumored that each episode costs around $2.2 million, which is fairly cheap considering the cast, filming need, and genre.

Nonetheless, it is safe to say that Hardy makes not less than $300,000 per episode from the series, given its popularity among the viewers.

According to the reports, Hardy had invested around $13 million, while the income from the show was only less than $11 million.

And no matter how rich you are, $2.5 million is still a lot of money to simply throw away.

Listed below are Tom Hardy’s net worth in different currencies, including the infamous crypto Bitcoin

The Mad Max actor built a two-story extension to the right of the main building but was accused of violating planning rules with his choice of cladding.

As for his cars, Hardy owns several luxurious rides. His collection of wheels includes a fleet of Audi.

Actor Tom Hardy grew up in an affluent family in London. He attended a boarding school. While he was in school, his classmate was fellow Hollywood superstar Michael Fassbender.

Like most people born with a silver spoon, Hardy was quite spoiled and fell into drugs at an early age. He suffered from dysthymia, and to ease it, he consumed crack cocaine and alcohol frequently.

However, things changed for him once he took psychological help.

Moreover, Hardy became friends with prisoner Charles Bronson while filming the 2008 film Bronson. In fact, Bronson was quite impressed with how Tom managed to match his muscularity and mimic his personality.

He also stated that Hardy was the only one who could play him. As for his personal life, Hardy married Sarah Ward in 1999 and divorced in 2004.

Similarly, he met assistant director Rachael Speed in 2005 on the set of “The Virgin Queen.” The two began dating soon after. Together they share one son born in 2008.

Nonetheless, it did not last long, and the couple parted ways in 2009. The same year Hardy met actress Charlotte Riley while filming “Wuthering Heights” and began dating.

The couple got married in 2014 with two children. Furthermore, Tom Hardy was named one of 50 Best Dressed British Men in 2015 by GQ.

Similarly, Debrett listed him as the Most Influential Pepole in the United Kingdom in 2016.

In 2010 Hardy was appointed an ambassador for the Prince’s Trust. It is a UK youth charity that provides training, startup support, advice, mentoring, and personal development.

In 2012 Hardy became patron of Bowel Cancer along with his then-girlfriend Charlotte Riley.

Moreover, he became the lead ambassador for the Reorg Brazilian Jiu-Jitsu foundation in December 2018.

The foundation was launched in association with The Royal Marine Charity.

The main mission of the foundation is to provide a platform for serving veterans and personnel to learn Jiu-Jitsu as part of recovering from mental health and physical disabilities.

The actor himself practices Jiu-Jitsu at Roger Gracie affiliate schools. In fact, he was awarded a blue belt in 2020.

Tom Hardy has starred in tons of movies and TV shows over the course of his career.

Since his breakthrough in Nolan’s 2010 film Inception, Hardy has become a fan favorite and has appeared in some of the biggest hits in Hollywood.

His role as Bane in 2012 The Dark Knight Rises is something that shines on his resume, and so does his role as John Fitzgerald in the 2015 film “The Revenant.”

While the main lead Leonardo DiCaprio bagged the much-awaited Academy Awards for Best Actor from the film, Hardy still managed to get nominated for the Best Supporting Role.

His role as Farrier in the 2017 film “Dunkirk” alongside fellow co-star from TV series Peaky Blinders, Cillian Murphy, surely got him much appraisal from the critics as well as the global audience.

So be it the lead in 2015 Mad Max: Fury Road, 2018 Venom, or an uncredited role in MCU’s “Spider-Man: No Way Home,” Hardy never fails to amuse us with his impeccable performance.

Just like his silver screen appearances, Hardy’s performance on the small screen is something to talk about.

Since his debut in 2001 with “Band of Brothers,” the actor has slowly paved the path to success with astoundingly well acting and charm.

In 2006 Hardy appeared as Robert Dudley in the TV mini-series “The Virgin Queen.”

Similarly, some of his other successful TV series include Meadowlands, Oliver Twist, Wuthering Heights, The Take, Taboo, and absolute fan favorite Peaky Blinders.

The Venom actor is set to reprise his role as Alfie Solomons in the sixth and final season of Peaky Blinders on April 8, 2022.

Tom Hardy is among one of the most successful and renowned British blood.

He has been able to capitalize on his fame, and bag important endorsement deals with some well-known brands.

Hardy has appeared in commercials for Kleenex, Hyundai and also in a motivational campaign for sports giant Nike.

Despite the fact that Hardy is not a fashion guy, he co-designed a clothing line called the Blag menswear collection. It resembles Hardy’s practical and non-fancy approach to clothing.

Tom Hardy was born in Hammersmith, London, England, to mother Anne, an artist, and painter, and father Edward Hardy, a novelist and comedy writer.

The only child of parents, Hardy was raised in East Sheen, London.

Hardy entered showbiz at the age of 21 when he won a modeling competition in 1998.

He was then signed to Models One, which eventually landed him the part of John Janovec in the 2001 BBC miniseries Band of Brothers.

Leonardo DiCaprio and Tom Hardy have a beautiful yet unappreciated friendship; they have been friends for a long time.

Leo even gave a shoutout to Hardy in the 2016 Oscar speech.

The duo has been pals for quite a while. In fact, Hardy was present at Prince Harry and Meghan’s wedding along with his wife, Charlotte Riley. 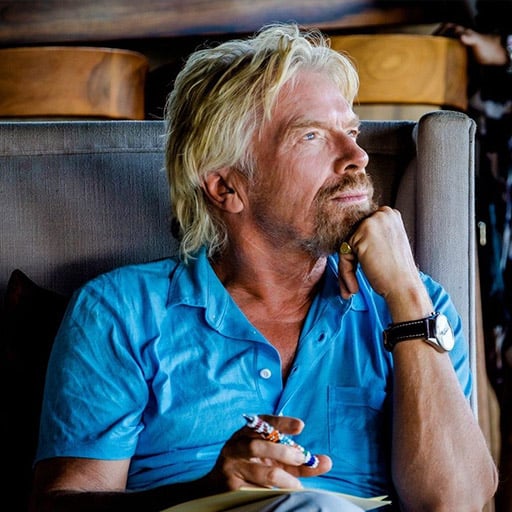 Read More
A British business magnate, investor, and author, Richard Branson, has a net worth of a staggering $4.2 billion…
NNet Worth 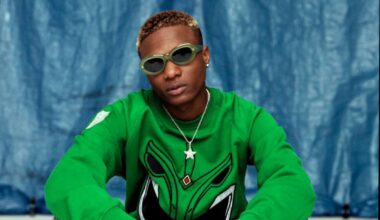 Read More
Nigerian singer and songwriter, Wizkid’s net worth is a staggering $4 million.  After the release of ‘Holla at…