Home 20 Most Expensive Magic Card in the World
TTop List

20 Most Expensive Magic Card in the World

Magic cards are not popular among many.

However, the cards are quite important to collectors.

Unfortunately, the most expensive magic cards are usually very rare.

Magic: The Gathering is probably one of the most popular card games globally, with a massive player population.

Richard Garfield and Wizards of the Coast released this trading card and digital collectible card game in 1993.

Two or more parties can play the game in various ways, grouped into two types: limited and constructed.

The information in this list is based on various sources and websites, including luxefeed and cardkingdom

Metalworker is a rare card with a pricing of $100. This is the 17th expansion of MGT. Artist Don Hazeltine made the illustration on the card.

Urza’s Destiny was released in June 1999.

In addition, any cards revealed through its use get two bonus manas.

However, the card is currently only legally usable in Commander, Vintage, and Legacy games.

The character is one of the most powerful planeswalkers in the Magic the Gathering world.

Because Jace Beleren’s mana is focused on blue, his eyes glow with blue magic anytime he casts spells, as seen on his card.

Jace’s popularity preceded him, enabling him to escape the MTG universe and appear in the Duel Masters Japanese TCG card.

Elesh Norn, Grand Cenobite, is a Praetor, a highly strong creature that may occasionally guarantee the victory of a match if it lasts long enough, as part of the Judge Promos set.

Elesh Norn is the Praetor of New Phyrexia, a White Faction.

Considering her religious devotion, her character might come off as wild at times.

In reality, she is a master manipulator who frequently tries to sway her party based on her wants and wishes.

Portal Three Kingdoms is the title of the third Portal beginner-level game set in Magic: The Gathering.

Ravages of War is one of the usable cards in the set and one of the most costly.

On the other hand, Ravages of War is a sorcery-type card that essentially ruins all lands, along with the player’s land.

Both players must lose their hands and draw seven additional cards as a result of this rule.

This is an excellent card to have in your deck, especially if you’re not happy with your present hand.

After completing the current turn, Time Walk enables you to take an additional turn for two mana.

Essentially, if you have enough mana, you may take many turns until you beat your opponent.

You’d have to look hard these days to find a setup that still enables you to use this card, but since you paid a lot for it, you might as well try.

According to some myths and also in card games, the Black Knight is a fearsome and divisive figure.

Yet, it appears as a strong card that should certainly be a part of any collector’s collection.

In MTG, the Black Knight has “protection against white,” which means it can’t be stopped, attacked, inflicted harm, or charmed by anything white.

The card also has a first strike, which means it delivers battle damage first to creatures.

It allows you to increase the amount of green mana in your pool. This card can help all players, irrespective of the level, which may explain why it sells for such a high price.

These artifacts are extremely uncommon and collectible, allowing you to build strong spells ahead of the curve.

Ancestral Recall is a particularly important card because it was one of the five boons released in the first set of Magic: The Gathering. It is priced at $550.

Even though it was originally supposed to be a common-type card, Richard Garfield chose to make it exceptional.

It essentially allows you to draw three cards without incurring any consequences.

This will help you to develop a strong hand quickly.

Tropical Island is one of the rare cards with a price of $550.

It’s also included in the original “Dual Lands,” with the Underground Sea, and is frequently used in Eternal formats such as Vintage and Commander.

Unfortunately, it’s on the Magic Reserved List, which implies Wizards of the Coast will never reprint it.

It serves as both Island and Forest, and the user can tap in either blue or green mana.

The card is susceptible to various effects that target Lands, but it’s still a formidable force.

The Underground Sea is a highly desirable collectible from the original “Dual Lands” set, particularly since it was added to the Magic’s Reserved List.

Unfortunately, it costs about $600.

Underground Sea is a card that is frequently found in the Bruise deck.

This deck uses a mix of blue and black cards, and the Underground Sea is ideal for this strategy because it can create either black or blue mana.

This card, unfortunately, has a severe flaw since it qualifies as both an island and a swamp.

As a result, any spell that attacks one of these land types and destroys it also destroys the card.

Moat is a very rare card, said to be even rarer than Black Lotus by some experts, but it costs significantly less.

Some players can fit four of these cards into a single deck, making them quite helpful.

All non-flying creatures are prevented from striking by the moat, which is a simple but effective way to stop your opponent in stride.

This card allows the holder to untap the opponent’s lands. Created by the artist Douglas Shuler it can cost up to $660.

When you combine it with cards like High Tide or Cloudpost, you can generate huge quantities of mana very quickly.
Using Candelabra and even Candelabras, you may then play cards like Emrakul, the Aeons Torn, or Blue Sun’s Zenith on your opponent for more cards than they have in their hand.

It is one of the most valuable and rare Magic: The Gathering cards globally, relying on black mana costing about $720.

Chains of Mephistopheles is a component of the Legends expansion and was created by Heather Hudson in 1994. It is extremely rare.

Chains of Mephistopheles may inflict damage on your opponent’s card or deck, causing major disruption.

If a player draws a card in their draw phase other than the first one, it discards a card instead.

The artifact adds red mana to the person’s mana pool.

The Mox cycle is extremely strong, letting you can avoid the one land per round limit.

It has three shields and also a new mechanic mana field.

These artifacts are extremely uncommon and collectible, allowing you to build strong spells ahead of the curve.

The five Mox gems can generate a lot of mana in the initial few rounds, providing the player a significant edge over their opponent.

Every turn, Mox Jet adds one black mana to your mana pool, which builds up to many mana throughout the game.

Mox Sapphire is one of the most expensive magic cards ever, with a price of $2,400.

When paired with other Mox gems, the Sapphire lets you add one blue mana to your mana pool per round, allowing you to become unbeatable.

This item can be used as an interrupt by tapping it. The card’s attractive design not only appeals to the eye but may also assist you in winning the game.

Read About 20 Most Expensive Coins in the World

It is one of the rare cards which is not even available on sale.

They can only be bought through auctions. However, they are so rare that they sell out like muffins at outrageous prices.

The card grants the player three mana of any color, allowing him to draw extremely strong cards early in the game, which means that this card is extremely powerful among all the Magic: The Gathering cards available.

Read About Top 20 Most Expensive Cars

Mox pearl is among the rarest and most expensive MTG cards costing anywhere from $911 to $3,200. 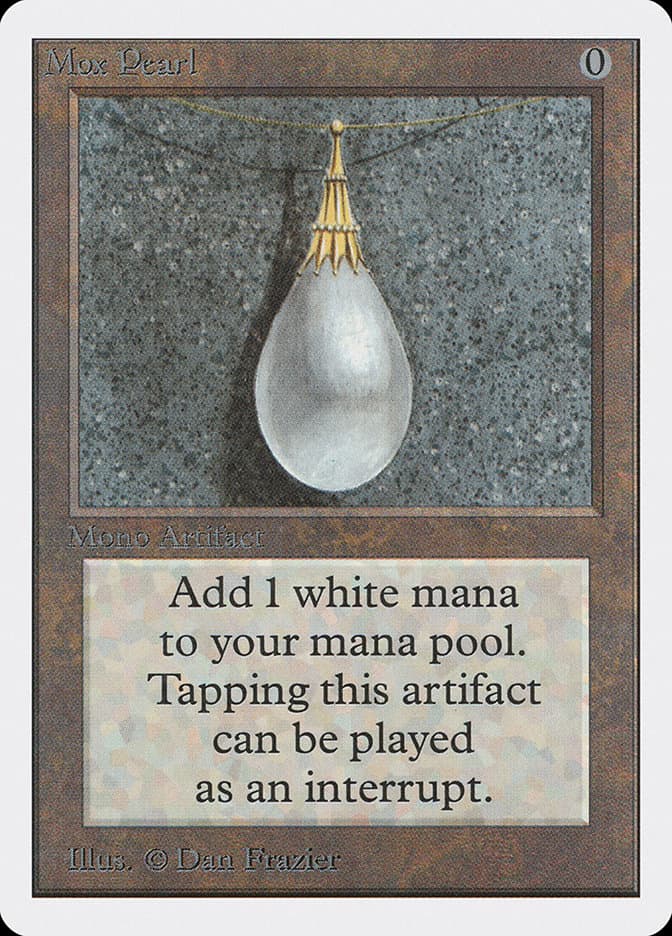 It has a picture of a white pearl signed by Dan Frazier. It enables you to add white mana to your mana pool.

Timetwister MTG is one of the most intriguing power nine cards since it stands apart from the rest of the collection. It costs about $3,500.

The card was released during the game’s initial alpha/beta stage.

Timetwister can be placed in a new graveyard pile, after which the player shuffles his card, library, and graveyard before drawing a fresh seven-card hand.

Read About 30 Most Expensive Lego Sets

25 Most Famous Female Entrepreneurs in the World

TTop List
Pets can be expensive, even normal cats and dogs can increase your monthly expense. When it comes to…
TTop List 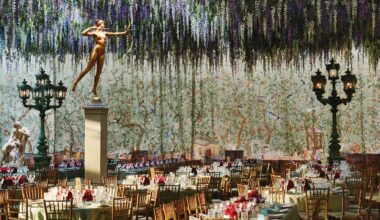