Beautiful Wives of the NFL Players!!

Everybody knows how important and exciting the National Football League (NFL) is to Americans. As a matter of fact, it is the most popular sports league and has the highest number of attendees.

Yes, the handsome physique of NFL players draws a huge number of viewers to the stadium.

However, as we already have discussed the National Football League (NFL) players and how handsome several of them are, here in this article, we are going to talk about their gorgeous wives!

So, have you ever wondered about the family of your favorite NFL player, it’s time you get your answer.

Let’s begin with a quick overview!

Beautiful Wives of the NFL Players

Elise Pollard Tate is the wife of Golden Tate, the wide receiver for the New York Giants.

Elise graduated from high school in San Diego, California. Afterward, she earned a bachelor’s degree from the University of Washington.

Previously, the 34-year-old beauty had worked as a business development manager at Harvey Nash, which happens to be a global recruiting firm.

Furthermore, she also worked in Costco and Alaska Airlines before she married Golden. Not only that but in 2019, she published a children’s book.

Elise became notable when she was tied in a nuptial knot with Golden Tate in 2017. The beautiful couple shares a daughter and a son.

The American Instagram star Rachel Bush is the gorgeous wife of the NFL player Jordan Poyer.

To illustrate, Jordan was first drafted in NFL by Philadelphia Eagles and currently is a football strong safety for the team Buffalo Bills.

Now, talking about his beautiful wife, Rachel is widely known for her appearance in media outlets like Busted Coverage, New York Daily News, and so on.

Rachel started her modeling career in 2014 and has graced the runways of several beauty pageants.

To highlight, Jordan and Rachel got engaged in December 2016. A month later, the couple was blessed with a beautiful daughter who was named Aliyah.

The famous NFL tight end, George Kittle, is a husband to a stunning wife, Claire Kittle, who happens to be a former school basketball player.

The tall and gorgeous Claire manages a wellness organization named Claire Till Fitness located in Iowa. Furthermore, she is a wide-followed vlogger, fitness model, and travel enthusiast.

After meeting George in her first year, they became friends and eventually got into a romantic relationship. To sketch, the couple got hitched on April 10, 2019.

They both looked absolutely dreamy on their wedding day as Claire wore a jumpsuit with a matching coat, and George opted for dark jeans and a white shirt.

Read About 10 Teams with the Most NFL Fans

Marissa Powell is a well-known model and actress born in the United States.

She is recognized as a wonder exhibition champion. However, she is more famous for being the most photogenic in Miss USA (2013).

Moreover, she was the 3rd runner-up and won the title of Miss Utah.

Not only that, but she is also a wealthy media personality. To highlight, the net worth of Marissa Powell is $20 million as of 2022.

Similarly, Powell made her appearance in the 2015 film series Ballers, where she portrayed the role of an air hostess.

She is furthermore known as the wife of the American football linebacker Kyle Van Noy. They together have a son.

Lauren Tannehill is the wife of the known American football quarterback, Ryan Tannehill.

The two got married in January 2012 and have two children, a son, and a daughter.

This super gorgeous wife went to Texas A&M University for her graduate studies. To illustrate, Lauren has a degree in Communication. Furthermore, she also minored in Psychology.

Beautiful Tannehill flaunts blonde hair and green eyes. By profession, she is an entertainment blogger and also a businesswoman.

On number seven, we have Britany Brees, the wife of a fine former NFL quarterback, Drew Brees. Britany is the college sweetheart of our former New Orleans Saints player, whom he married in February 2003.

The mother of four lovely children, Britany looks gracious every time, no matter if she is dealing with media or other people.

Likewise, her prominent features include long blonde hair and bright blue eyes. Not to forget the radiant smile she gives with her toned body.

As a matter of fact, it’s quite hard to believe that this gorgeous lady is already 46 years old.

Talking about the profession, missus Brees engages herself in philanthropy and, at the same time, is an excellent housewife.

The beautiful wife of Antonio Ethan Gates, Sasha Lee, is a model and actress from the 90s. Antonio and Sasha got hitched back in 2011, selecting San Diego, California, as their marriage location.

Nevertheless, there are some ongoing rumors regarding the divorce of this hot couple, but nothing has been finalized yet.

Talking more about Sasha, the former model became notable after starring in shows like Home & Family, Hollywood Today Live, and so on.

Born in Canada, Sasha later shifted to Los Angeles, where she spent her youth and eventually chose the entertainment business to work on. On the top, she holds a fashion merchandising degree.

It was 2015 when she began her acting career with the TV show WAGs. Likewise, since 2018, Sasha has been on the cast of a sports drama TV show Gardens Poker Night.

The blonde and beautiful Elizabeth Barry is the wife of former NFL quarterback Alexander Douglas Smith or commonly known as Alex Smith.

Elizabeth, a former cheerleader for Oakland Raiders, was born in Morgan Hill, California.

To sketch, she is the winner of Miss Missouri USA-2008. Furthermore, she was in the top ten finalists of the Miss USA beauty pageant.

With a stunning body measurement of 34-26-35 inches, missus Barry married the former American footballer on February 21, 2009.

The marriage took place in San Francisco’s Palace Hotel. Moreover, Alex and Elizabeth have three beautiful kids together, two sons and one daughter.

Born in Las Vegas, Ashley Roberts is a model and a U.S Army Captain. She is on our list for being super-hot and the wife of the NFL linebacker, Philip Wheeler.

Similarly, Roberts is a famous Instagram star with 564K followers, where she has shared almost 2,500 posts.

To detail, Philip and Ashley together have a son named Deuce.

Ashley Roberts became a familiar face when she made her TV debut in an American reality show- E!’s spinoff WAGS Miami.

The very popular American model and television personality Katherine Webb is the wife of A.J McCarron, the NFL quarterback.

Katherine is most famous for winning the title of Miss Alabama USA (2012). Moreover, she is also widely known for appearing in BCS National Championship Game in the year 2013.

Adding some more, the prominent model also won the title of SI Swimsuit 2013 and was a semi-finalist in Miss Georgia USA (2008).

In July 2014, A.J and Katherine hit it off, and together they have three lovely sons, Trip, Cash, and Gunnar.

The American singer, actress, and model Ciara Princess Wilson is one of the known faces in Hollywood. The actress has a net worth of $17 million and is married to American football quarterback Russell Wilson.

About her career, Ciara made her first TV appearance on America’s Next Top Model in the year 2009. Furthermore, she has also worked in a bunch of films and shows.

In the same way, the singer-songwriter is known for R&B and hip hop songs. Ciara and Russell married in 2016 and together have two children, a son and a daughter.

The gorgeous woman with body measurements 37-26-38 has 31.5 million followers on her Instagram.

Yes, the one and only Gisele Bündchen, the smoldering high-profile model, graces the top position on our list of beautiful wives of NFL players.

As much the world loves Tom Brady, and he has fans all over the globe, his gorgeous wife, Gisele Bündchen, gives him quite a competition with that very thing!

The American football quarterback and one of the most-handsome NFL players out there, Tom Brady, married the Brazilian fashion model Gisele back in 2009, and this power couple has three beautiful kids together.

Bündchen has remained one of the wealthiest and highest-paid female models in the world since 2001. To illustrate, as of 2022, Gisele is reported to have a hefty net worth of $400 million.

According to the Forbes list of 2012, Gisele captured the 16th position being the richest woman in the entertainment industry.

Read About Who are the Best-Looking NFL Players? 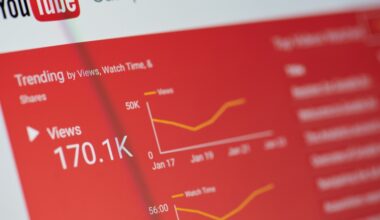 Read More
Which are the ten most viewed YouTube videos in 24 hours? YouTube being the central hub for entertainment,…
TTop List
How magical can creations be? Do you often get intensified, lost, and mesmerized when you see any art…