Everyone loves a fairy tale of a prince and princess. We grew up reading them, watching them, imagining ourselves in their world, and surely much more.

These gorgeous princesses have inspired us in so many things. To illustrate, we wholeheartedly believed in the tale of adventure, hard work, true love, and kindness of the princess.

Along with the timeless stories, the stunning gowns worn by these princesses are another reason why we are so glued to watching them. Likewise, the adorable animal sidekicks were the next best thing to watch.

Even though these princesses are created by Disney, regulated by the company’s franchise, and have quite a listful of criteria to fit in, we just love them without much judgment.

As you must know, there are tons of Disney princesses, but here we are selecting the top 12 from the bundle.

Let’s ride the wave of nostalgia as we present you with the details of the 12 famous Disney princesses!

The first Disney Princess, the beloved Snow White, was featured back in 1937 in the film Snow White and the Seven Dwarfs. Indeed, it was the first animated feature film by Walt Disney.

To detail, the princess Snow White was portrayed according to the fairy tale popular in European countries, for instance, the 1812 tale by the Brothers Grimm.

Snow White is also known as the fairest princess, along with being the first in the Disney princess lineup. Not only that, but she is the first fictional female character to receive a star on the Hollywood Walk of Fame.

The titular protagonist showcases all the proclaiming features of a Disney princess, like belonging to a royal family, the ability to sing, and befriending animals.

As a matter of fact,

Snow White became an inspiration to other succeeding Disney characters like Aurora and Cinderella. This character of intrinsic goodness and purity was originally played by Adriana Caselotti.

While being 11th on the list of famous Disney princesses, Aurora is the third princess by Disney to the world.

Globally, Aurora is also known as the “Sleeping Beauty.” She is undoubtedly one of the most beautiful princesses who exhibit joyfulness, humbleness, and optimism. Also, she loves creating stories and telling them to her forest friends.

Furthermore, Aurora is more often remembered for her sheer beauty than the character she played, as she also had the least amount of screen time in the movie.

The fictitious character was originally named Little Briar Rose by Brothers Grimm and was featured in the 16th animated film by Walt Disney Animation Studios.

Portrayed as the only daughter of King Stefan and Queen Leah, the elegant, gentle, and adventure-loving Aurora shows her compassion for the animals and other people of the kingdom.

The sweet and kind princess with the most-beautiful dress every girl desires to wear for once in her life, Cinderella is the second Disney Princess created by Walt Disney.

Originally, the character was played by the actress Ilene Woods. Likewise, the world witnessed Cinderella in 1950 on the 12th animated movie from Walt Disney Animation Studios.

The main character of the film is portrayed as a neglected little girl living with her stepmother and stepsisters.

Nevertheless, as she said, “Well, there’s one thing: they can’t order me to stop dreaming,” Cinderella had her happy ending!

Did you know? The Disney version of Cinderella is actually based on the French version of Cendrillon. The character was created by Charles Perrault in 1697 and published in the book Histoires ou Contes du Temps Passe.

The first nonhuman princess given by Disney, Ariel, is also known as the Little Mermaid. She is the fourth Disney Princess voiced by the American actress and singer Jodi Marie Benson.

The film The Little Mermaid was released in 1989 as the 28th animated film by Walt Disney Animation Studios.

Princess Ariel is shown as a rebellious small mermaid who is the daughter of King Triton and Queen Athena.

She lives in the Atlantica merfolk nation, where there lives merman and mermaid. Furthermore, in the movie, she shows her desire to be a part of the human world who lives on the land.

Did you know? Ariel is the only Disney princess having a daughter!

Read About Best 12 Pool Players in the World

From the 31st Walt Disney animated film, Princess Jasmine stands in the eighth position in the list of the popular Disney princess.

She is a fierce deuteragonist which means the second main character in the movie Aladdin, originally released in 1992. However, this independent lady has a great deal of kindness for everyone.

Jasmine is shown as a princess of Agrabah who is never scared to speak her mind. To detail, Agrabah is a Middle Eastern country ruled by her father, Sultan.

If you did not know about this earlier, the nationality of princess Jasmine, whether she is an Arab or Indian, is a common curiosity!

Well, as the buildings in Agrabah are inspired by the Taj Mahal, some believe she is Indian, while due to an Arabian title song, she is thought to be an Arab. What do you believe?

Pocahontas is a noble and free-spirited American Disney Princess who appeared in the 33rd animated film by Walt Disney in the year 1995.

She is a kind and strong woman who is also addressed as “little mischief” by her beloved father, who is a Native American paramount chief. The princess love adventures and is also spiritual and generous.

Likewise, she is the first princess to be exhibited from this native perspective. To add further, the fictional character shown by the princess is also based on the real figure Pocahontas.

Did you know? Pocahontas is voiced by Irene Bedard, the Native American actress. Moreover, she is also one of the physical models for the character!

The fifth Disney Princess Belle comes from the 30th animated Walt Disney film Beauty and the Beast. She is one of the most-beautiful princesses given by Disney and is also considered the best role model.

To illustrate, Belle is resourceful and determined and has quite an admiring character as compared to other Disney princesses.

As a matter of fact, she is the only princess who was shown promoting education. She loves reading!

The film or the story of “Beauty and the Beast” shows this intelligent yet gorgeous princess leaving her village to seek adventures. To illustrate, this role was originally played by Paige O’Hara, the American actress and singer.

In March 2017, Emma Watson, along with Dan Stevens, was seen in the movie, which was co-produced by Walt Disney.

Did you know? Belle is the oldest Disney princess. While most of the other princesses are showcased in their teens, Belle is portrayed to be in her 20s.

The fifth most popular Disney princess is Rapunzel, who initially appeared in the movie Tangled. Tangled was the 50th film by Walt Disney Animation Studios, released in 2010.

Rapunzel, the beautiful princess, was the protagonist of the same film. Moreover, she is a fan favorite for her lengthy and gorgeous golden hair.

The princess of Corona, Rapunzel, is really strong, which is an essential inspiration to young girls looking up to Disney stories.

Likewise, Flynn Rider is the name of the prince in the story. Flynn is an impulsive, charming, and brave character who courts Rapunzel.

Did you know? Rapunzel is the first Disney princess to own magical qualities! Her supernatural power is in her long, golden hair, which could heal anyone unless it was trimmed short.

There is no doubt that many of us are big fans of the story The Princess and the Frog, the 49th animated feature film by Walt Disney.

The Disney princess for this movie is Tiana, the fourth most-popular princess on our list. She was voiced by Elizabeth M. Dampier and Anika Noni Rose during her childhood and adult phase, respectively.

Tiana portrayed the role of a commoner who later becomes a princess after marrying Prince Naveen. To add further, Naveen is the eldest son of King Macedonia.

She is an empathetic princess who works under a great deal of hardship. Telling the fact, she is the only princess in Disney with a job- two jobs!

Did you know? She is the first African-American Disney Princess. While making so, there were several mixed reviews among the audiences.

Mulan is the third-most-popular Disney Princess we have on our list.

Initially, Mulan appeared in the 36th Walt Disney Animated Feature Film in 1998. Mulan is based on a mythical figure who roams around the life of the princess.

She does not care about outer beauty, nor does she wait for any prince who would change her life. As a matter of fact, she dresses like a guy to join the army and prove herself to her family.

Now, if you think she does not fulfill any main prerequisites of a Disney Princess- Mulan has a dragon as her protector, and there is a cricket named Cri-Kee always with her. So, she never travels alone.

Princess Merida is from the 2012’s movie Brave. She is globally famous for being a great adventurer. To detail, she is a free spirit who loves to ride horses, practice archery, and explore the world.

In the lineup of Disney Princesses, Merida is the 11th princess who controls her own destiny. She is brave!

The independent royal princess is the daughter of King Fergus and Queen Elinor, living in DubBroch, Scotland. Furthermore, Merida has three triplet brothers as well.

Did you know? Brave is a movie from both Disney and Pixar! This makes Merida be the first Disney Princess by Pixar.

Now, on number one, we have our most popular Disney princess- Moana!

Similar to Pocahontas, Moana is also a daughter of a chief, and she has great pride in who she is.

Moana loves spending time in the sea and never steps back from any new adventures. Like Merida, Moana also does not have any prince charming or a love interest.

Did you know? Moana is the fifth Disney Princess not belonging to a Caucasian race!

Read About 10 Countries With Most Beautiful Women

TTop List
How much money does it take to be among the richest men in the world?  There are 2,755…
TTop List 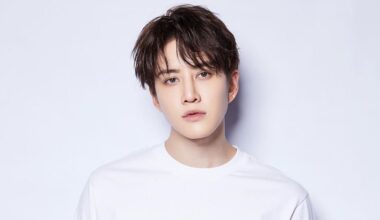