Home 16 Most Expensive Guitars of All Time
TTop List

16 Most Expensive Guitars of All Time

Which are the 16 most expensive guitars of all time?

Music is a crucial form of self-expression. And, none other musical instrument than the guitar has set a pivotal moment in the music industry.

Of course, there are numerous beautiful instruments played universally to compose organic pieces, but nothing beats guitar as the pioneer and the most significant musical instrument from history to today’s century.

Well, guitar lovers, how much do you pay to buy your favorite instrument?

The price of the instruments depends on their origin, design, craftsmanship, models, materials used, and varies in shapes and sizes.

Other than that, the price of the guitar also depends on various factors.

The deluxe price of the guitar worthy of six digits also depends on the value it holds as a treasured instrument owned by the epic guitarists in music history, the records they created, the concerts they performed, and the impact they left in this universe through their musical piece.

Read more to learn about such 16 most expensive guitars of all time, which are highly-acclaimed instruments played by legendary rock and roll guitarists like Jimi Hendrix, Eric Clapton, and David Gilmour.

The details and information has been compiled through reliable sites on the web, including LoudWire, and Fender.

Julien’s Auction sold the instrument at a staggering price of $231,250 after the death of Eddie in October 2020.

Especially, the Stratocaster comprises a mix of outlined paintings of red, black, and white color stripes with a maple neck and fretboard, chrome hardware, six strings, and a Floyd Rose tremolo.

Further, the Metropolitan Museum of Art displayed this significant Frankenstrat during the “ Play It Loud: Instruments of Rock and Roll” exhibition in April 2019.

An illustrious English blues-rock guitarist, Eric Clapton’s 1939 Martin Acoustic is one of the world’s 16 most expensive guitars of all time.

Clapton played this guitar to compose most of his notable music, which includes the 17- song acoustic set for MTV Unplugged, a slower version of his rock anthem Layla, Tears in Heaven, Wonderful Tonight, and many others.

Further, the acoustic guitar auctioned at a staggering price of $791,500 at Christie’s for the funding of Crossroads charity, making it the second-most expensive acoustic guitar during that period.

In addition, the Rock and Roll Hall of Fame Museum displayed this historic guitar for several decades.

Eric Clapton’s other popular collection, a 1964 Gibson Electric Series 335, is one of the world’s 16 most expensive guitars of all time.

Clapton played his cherry red guitar mostly during his solo performances and associated acts with numerous rock bands, including Yardbirds, Blind Faith, and many others.

In addition, Eric used the guitar extensively during his 1994-1995 Blues Tour.

Moreover, the instrument was sold at a staggering price of $847,500 at Christie’s during the Crossroads charity auction.

A renowned American guitarist of the 50s, Jerry Garcia’s Tiger guitar is one of the world’s 16 most expensive guitars of all time.

Moreover, he lastly played the Tiger on his final concert as a Grateful Dead’s guitarist on July 19, 1995.

At first, Eric debuted his hybrid instrument, Blackie, on January 13, 1973, at a Rainbow concert held in Pete Townshend.

Later, Clapton played the guitar to record his notable solos like Cocaine, I Shot the Sheriff, Lay Down Shally, and numerous live versions of Layla.

Moreover, a drug rehabilitation center, CrossRoads Centre, auctioned the Blackie for a charity at a whopping price of $959,500.

Bob Dylan’s Newport Stratocaster is one of the world’s 16 most expensive guitars of all time.

Dylan performed his first electric gig with his 64 Fender sunburst Stratocaster in the Newport Folk Festival in 1965.

Moreover, Dylan’s historic performance in the Newport Festival paved an illustrious path towards the development of folk music for the first time.

Some of the notable songs played by Dylan with his Stratocaster include Maggie’s Farm, Like a Rolling Stone, and It’s All Over Now, Baby Blue.

Keith Richard’s 1959 Les Paul Standard is the tenth most expensive guitar of all time.

Further, an auction once sold this guitar at a whopping price of $1 million.

Gibson’s first production from the rare Korina woods, the 1958 Korina Explorer, is the ninth most expensive guitar of all time.

Gibson manufactured only 10 Korina guitars, which are predicted to be safe in the hands of the world’s greatest rock artists.

Moreover, London’s Denmark Street Guitars auctioned the Korina at a staggering price of $1.1 million in 2016.

According to Jamaican Observer, the guitar auctioned at a whopping $1.2 million a few years ago.

Similarly, this guitar comprises a wild and complex body inlay with a wolf portrayed on it.

According to Rolling Stones, the “Wolf” guitar auctioned at a staggering $1.9 million in 2017.

Hendrix played the white enigmatic Stratocaster during the opening of the Woodstock festival.

Renowned as one of the most iconic guitars ever in rock history, Seattle’s Experience Music Project Museum treasures this instrument currently.

Formerly owned by the Fleetwood Mac founder, Peter Green, and later by Irish guitarist, Gary Moore, the 1959 Gibson Les Paul is the world’s fifth most expensive guitar of all time.

Further, the price of the Gibson Les Paul is a staggering $2 million.

Read About James Hetfield’s Net Worth, Guitars and Lifestyle

Gibson J-160E is one of the most significant guitars in rock history, which Lennon played while composing the band’s notable songs like She Loves You and I Want to Hold You.

Later, the guitar ended up in San Diego’s guitar shop. A man named Tommy Pressley bought it and eventually sold it to his friend, John McCaw.

After some years, McCaw, with the help of Beatles Gear author, Andy Babuik verified the instrument as Beatle’s authentic guitar.

In 2005, a non-profit organization, Reach Out to Asia, formed a charity following the catastrophic Indian Ocean Earthquake and tsunami that occurred in 2004.

In addition, Qatar auctioned the guitar for the cause and sold it for a whopping $2.7 million.

The signature guitar of the progressive rock band, Pink Floyd’s Black Strat, played by the iconic guitarist, David Gilmour is the highly acclaimed guitar of all time.

At first, Gilmour played the Black Strat during the 1970 Bath Festival of the Blues and Progressive Music.

Similarly, Gilmour recorded the band’s epic album with his Black Strat which includes Dark Side of the Moon and The Wall.

According to CNN, Gilmour’s Black Strat sold for almost $4 million in the USA just two years ago.

Moreover, Gilmour auctioned the Black Strat along with his other 126 guitar collections for funding the movement of climate change.

Throughout the auction, Gilmour gathered total capital of $21 million for the cause.

The late grunge icon from Nirvana, lefty Kurt Cobain’s unplugged guitar, is the world’s top expensive guitars of all time.

Cobain played the acoustic-electronic 1959 Martin D-18E model of guitar in Nirvana’s historic live performance on the MTV Unplugged right before his tragic death.

Also, Kurt recorded several notable songs of the band with the instrument, including Smells Like Teen Spirit, Come as You Are, Where Did You Sleep Last Night, Lithium, and many more.

Moreover, Julie auctioned the guitar at the price of a staggering $6.01 million in June 2020.

Read About 25 Most Expensive Colleges in the World

TTop List
Most of us have a habit of starting the day with a freshly brewed cup of coffee. But…
TTop List 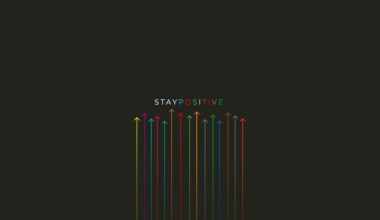