Home 16 Most Expensive Pianos in the World
TTop List

16 Most Expensive Pianos in the World!

From private yachts to jets and houses to tux, made-to-measure customization is what people desire, and grand pianos are no exception.

Hundreds if not thousands of premium piano manufacturing companies worldwide make a custom grand pianos for their client as per their needs and requirements.

Grand Piano has been around for over hundreds of years.

And to this day, its significance in music composition has not diminished.

Given its tonal range, it can play lower and higher than a guitar which is why it is the most used musical instrument to compose music regardless of the genre.

Several factors determine the value of the instrument, including its history, famous compositions, and the parts used in its manufacturing.

However, most importantly, the tens of thousands of moving parts in the instrument have to work perfectly to output a clean and mesmerizing sound, making the craftsmanship of the piano a significant factor in price determination.

The precision manufacturer put on the crafting of the instrument, custom lighting, elements used, and design all contribute to the price of piano that can range from $5,000 to multi-million dollars.

Let’s jump right into it but first, check out the quick overview.

The limited edition Fazioli M. Liminal grand piano was designed by Philippe Gendre. It is still available as a collector item but with a steep price tag of $695,000.

The unique case architecture and material give this piano a floating illusion.

Also, Read About the 25 Most Expensive Engagement Rings Of All Time

Bösendorfer is the oldest premium piano manufacturer on the planet.

The handmade Bösendorfer Opus 50 was unveiled during a ceremony at Wiener Musikverein in Vienna as part of the manufacturer’s 185th anniversary in 2014.

It carries the price tag of a whopping $750,000, which seems acceptable given the long and illustrious history of the manufacturer Bösendorfer.

Besides the historical factors, the materials used to create such a masterpiece also contribute to its steep price tag.

The NYT Line’s Fazioli Aria is a one-of-a-kind collector’s item.

However, this one is not an antique but a modern wonder.

The price for this grand piano is approximately $795,000, which makes it the 14th most expensive on the list.

The instrument was first unveiled in Milan in 2016.

The ebony music stand and lid held by a chrome stick give it a sleek futuristic design.

The crystal grand piano from Japan truly is stunning work of art.

And unlike most of the pieces listed in the article, you can still pick one today, as its manufacturer Kawai is actively producing the Grand Crystal.

The company produces highly customized grand pianos for its clients all over the world, and the million-dollar price tag is the base price without any customizations.

Blüthner Lucid EXO is the 3D-printed piano created in collaboration between MONAD studio and Blüthner.

The collaboration has created something astoundingly incredible, what was once only imaginable with regard to the shape of a grand piano.

EXO is paneled with reinforced acrylic and printed with the composite alloy allowing for incredibly complex shapes and designs.

Blüthner’s custom-made Lucid line is available in all diverse designs and shapes, but the EXO is the top of the line with a price tag of nearly a million dollars.

This one is a replica of an ancient piano.

Throughout its history, it went to auction numerous times, but most recently, in 1997, it sold for over one million.

The incredible $1.2 million grand piano currently is on display at the Tallahassee Automobile Museum in Florida.

Also, Check Out the 20 Most Valuable Hot Wheels in the World

During WWII, on February 15th, 1945, a church in Dresden called Frauenkirche was destroyed.

Along with numerous historical pieces, an 1886 grand piano was destroyed in the wreck.

Bechstein decided to remake the 130 years old grand piano based on a single photograph, the only remain of the original.

This replica which took 1,800 hours of work and 32 months to complete, is today worth more than $1.2 million.

The name “Sphinx” comes from a Greek mythical creature that represents wisdom and mystery.

It was crafted based on the Bösendorfer Model 225 and was unveiled in 2009.

Bösendorfer is a result of a collaboration between John Kuhn, a well-known artist and glass sculptor, and Bösendorfer.

At a point, the piano remained in Kuhn’s studio showroom, where professional musicians and artists performed concerts to jam-packed audiences.

The instrument is currently valued at $1.2 million.

The limited edition piano from Galaxy Instruments is undoubtedly one of the strangest pianos ever crafted.

Only five of these musical marvel were ever crafted.

But what makes this piece stand out is the materials used and the automatic lid and curved piano keys.

The price obviously seems over the top, but the sales and marketing director for Galaxy Piano, Mark Murphy, himself said that it is a “luxury item” and not just an instrument.

Similarly, the piano has been crafted in such a way that it has an autoplay system that can be controlled via an iPad.

The piano, valued at $1.36 million, could go above it if it goes for an auction again.

Steinway & Sons are known for their top-of-the-line grand piano manufacturing with over 160 years of expertise.

The Steinway & Sons Sound of Harmony Concert Grand Piano took three years to build and was commissioned for a Chinese collector Guo Qingxiang.

The man hours put on by Steinway & Sons are not that surprising considering its decoration in all wood inlay.

Yet another grand piano from the world-class piano manufacturer Steinway & Sons enters this list at number six.

The piano with an unusual paint job Steinway & Sons Red Pops for (RED) Parlor Grand was inspired by U2 frontman and Irish singer Bono.

Bono wanted something extravagant that would take center stage at the Red Auction event held in New York, which resulted in the creation of this masterpiece.

The charity auction held to raise funds to help fight AIDS, Tuberculosis, and Malaria in Africa raised more than $26 million.

The Red Pops was sold to Stewart Rahr, who made the highest bid of $1.925 million and cemented the purchase as one of the most expensive pianos ever sold at an auction.

Steinway Model Z belonged to legendary Beatle John Lennon, which he used to create some of the most celebrated classics of all time, including “Imagine.”

Despite its simplistic design, Model Z managed to sell for an astonishing £1.45 million or $2.37 million.

English singer-songwriter George Michael purchased it for an astounding sum at an auction in 2000.

However, after spending some time composing some of his own music on the grand piano, Michael donated it back to The Beatles Story Museum in Liverpool, England.

At the time, Model Z was the second Beatles memorabilia to sell for more than $2 million.

The most expensive Beatles memorabilia is the drums owned by Ringo Starr, which sold for $2.1 million in the 2015 auction.

Another piece from Steinway & Sons, Fibonacci, is a work of art that can be yours at a price tag of $2.4 million.

Considering the craftsmanship and amount of work put into its manufacturing, its $2.4 million price tag does not seem over the top.

I mean, you can buy it if you can afford it, right?

Similarly, it uses the unmistakable golden ratio or Fibonacci sequence in its design to represent perfection.

Did you know it took more than 6,000 hours of work and four years to craft the piano?

#3 Steinway & Sons ‘Pictures at an Exhibition’

‘Pictures at an Exhibition’ is one of the most anticipated Steinways in history, which was hand-painted by a well-known visual artist Paul Wyse.

Paul took the Model D and customized it with several paints and additions.

It is currently in the Steinway Vault, but it still can be yours for a cool $2.5 million.

It reflects the Russian theme with the white and gold color palette.

‘Pictures at an Exhibition’ is the best-known work of Russian composer Modest Mussorgsky.

The Crystal Piano was designed by Heintzman Pianos.

It was played for the first time in front of an audience at the 2008 Beijing Olympic Games by well-known pianist Lang Lang.

Its name comes from its transparent design.

Nonetheless, it is made of acrylic, not crystal, despite its name.

After its first use, the grand piano was put up for an auction and bought by an anonymous buyer.

Nonetheless, the buyer reportedly paid an eye-watering $3.22 million for the instrument, which makes it the second most expensive piano ever sold.

The “As Time Goes By” Piano is the most expensive piano the world has ever seen.

The piano affectionately dubbed “As Time Goes By” piano fetched a staggering $3.4 million at an auction in 2014.

Interestingly, it is a miniaturized upright piano with only 58 keys instead of the usual 88.

The piano, thought to have been crafted by Kohler & Campbell, was able to fetch such a high amount not because of its design or functionality but the added sentiments of the fans. 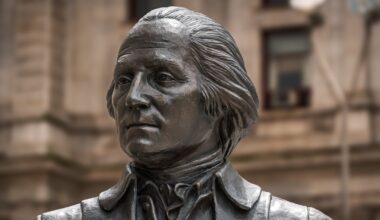