Want to know about the top 20 most expensive cars in 2021? Shiny hoods and fast speed are not the only features of the cars on the list.

Driving one of these cars will definitely make heads turn in the streets and cost a mini fortune.

Read more to know if you can find your car on the list.

It demonstrates more than just prestige from the price; it is also a gesture toward the designers and spectators.

Ferrari, Buggati, and Rolls Royce are a handful of the most well-known high-end automobiles. Stay tuned for further information on more cars.

Have you ever wondered if the vehicles you see in movies truly make the list of the most expensive automobiles?

Continue reading to learn about the top 20 most expensive cars in the world.

Here’s a quick rundown of the cars in the list, organized by price:

The Aston Martin Lagonda EV is a cut above other premium vehicles in the Electric vehicle segment.

The batteries are designed to be zero-emission to ensure the car being environmentally friendly.

The interior design of the Lagonda EV gives a lot of room due to its stretched form, making it ideal for long journeys in and out of the city.

With a price tag of $2.5 Million, the Aston Martin Lagonda EV ranks 20th on the list of most expensive cars.

The initial design and specifications of the Aston Martin Valkyrie were release in February 2017.

The car is the combined idea of Aston Martin and Red Bull Racing technologies.

Valkyrie’s main competitor in the current market is the Mercedes-AMG-One. 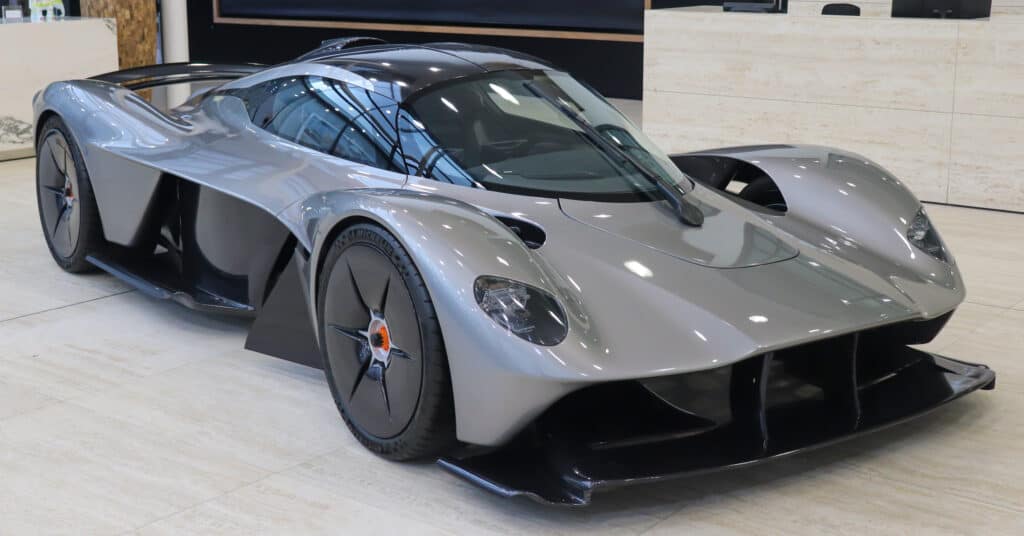 The car has been created with the greatest aerodynamic characteristics in mind, allowing it to attain maximum speed without any problems.

Aston Martin Valkyrie has only a total of 150 units ever designed.

Another high-end performance track day car that makes our list is the unique Ferrari FXX K.

The La Ferrari FXX K is one of the very released initial hybrid sports cars designed by Ferrari.

The cars initals of  “K” indicates the kinetic energy recovery system (KERS), a unique feature in the supercar installed in the car, which maximizes the overall performance.

The twin profile spoiler improves the car’s aerodynamics and adds a special look for its unique design.

One of the mega cars designed by the automobile manufacturing giant Koenigsegg, ‘Koenigsegg Jesko,’ also makes a list.

The manufacturing business unveiled the Jesko model to the globe at the 2019 Geneva International Motor Show.

The model name for ‘Jesko’ is named after Jesko von Koenigsegg, the father of the company’s founder and CEO, Christian von Koenigsegg. 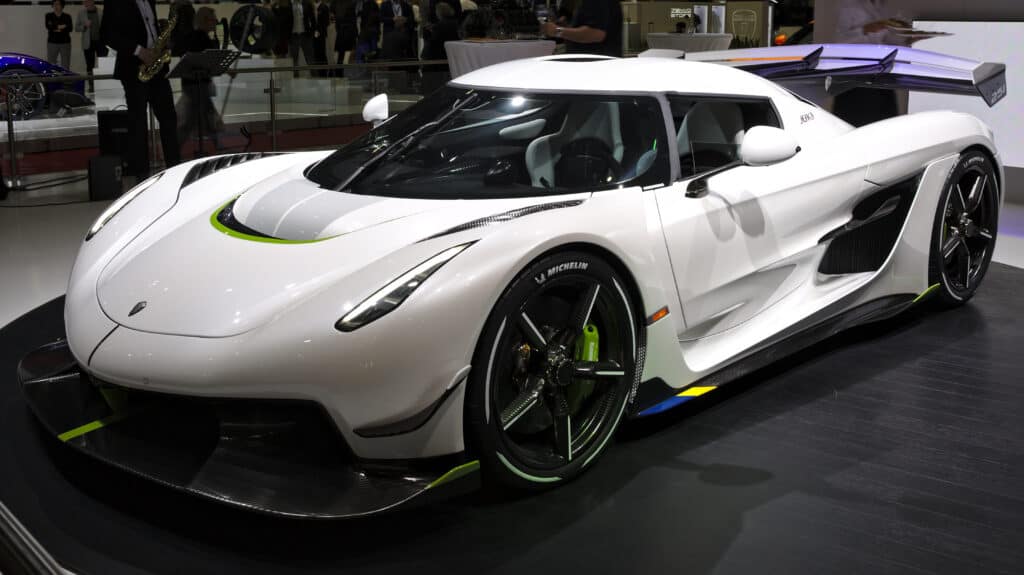 It has a 5.0-liter twin-turbocharged super engine with 1,281 horsepower on regular fuel and 1,603 horsepower on premium gasoline (E85).

The awesome specifications and its wonderful design have earned Koensigsegg Jesko the price tag of $2.8 million.

The top concept car of Ferrari, the ‘Ferrari Pininfarina Sergio’ was released in 2013.

It goes through a precise design and production procedure to achieve maximum speed to ensure no aerodynamic problems.

The usage of carbon fiber for the car’s body design reduces its weight significantly.

The Ferrari Pininfarina Sergio has only been sold to six handpicked customers.

The cost of a Ferrari Pininfarina Sergio is around $3 million, making it on the list of one of the top 20 most expensive cars.

Its appealing appearance and unique design make it even more appealing to automobile aficionados.

It has incredible acceleration and a fantastic peak speed. 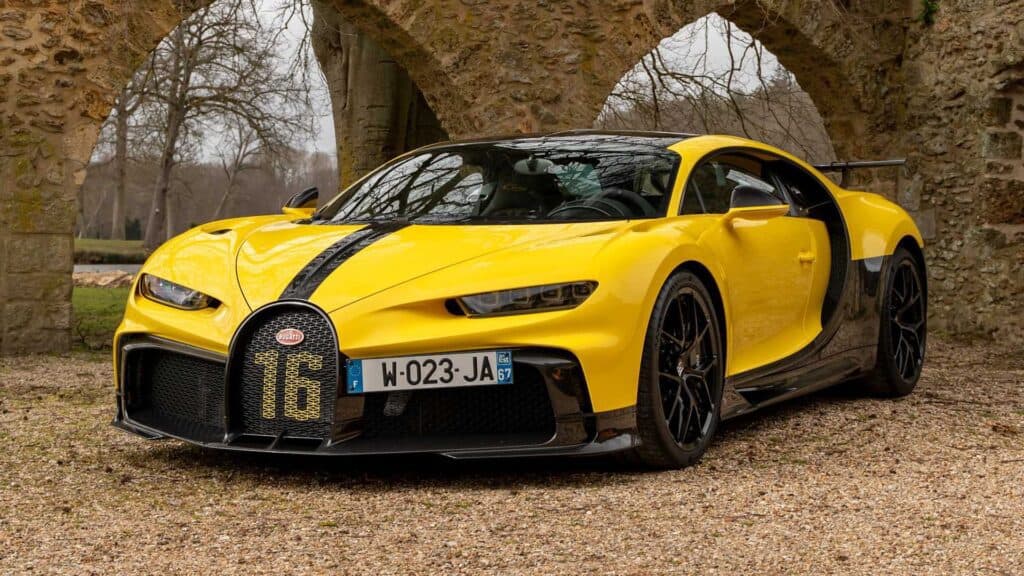 The engineering team put extensive effort into ensuring the car is more agile and quick than other models.

The price tag of $3.3 million grabs Bugatti Chiron Pur Sport in the 15th position on the most expensive cars list.

If you liked the most expensive car list till now, you could also read about  “Jamie Vardy Net Worth: Career & Cars.”

The car shows no limit on its unique awesome looks and similar incredible performance.

It is a masterpiece in the Bugatti vehicle line and a limited edition by Mansory Vivere.

The ultra-light carbon fiber used in the car makes sure it is super light for its massive structure.

The notable features include the 1200 horsepower, seven-speed automatic transmission. 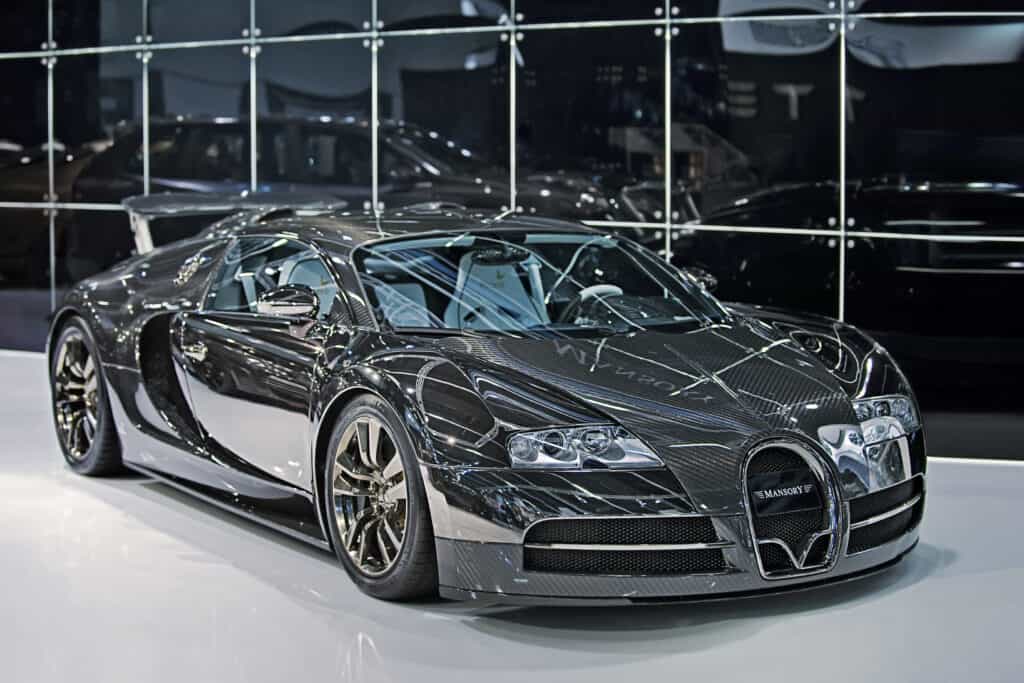 The hefty price tag of $3.4 million has earned Bugatti Veyron the 14th position on the most expensive cars list.

The car’s initial design was done in Germany, and it was built in Italy.

Only seven lucky and worthy clients in the world have purchased a Lykan Hypersport.

During its production, the Lykan Hypersport was the most expensive car in the world.

The Abu Dhabi Police purchased one Lykan Hypersport in 2015. 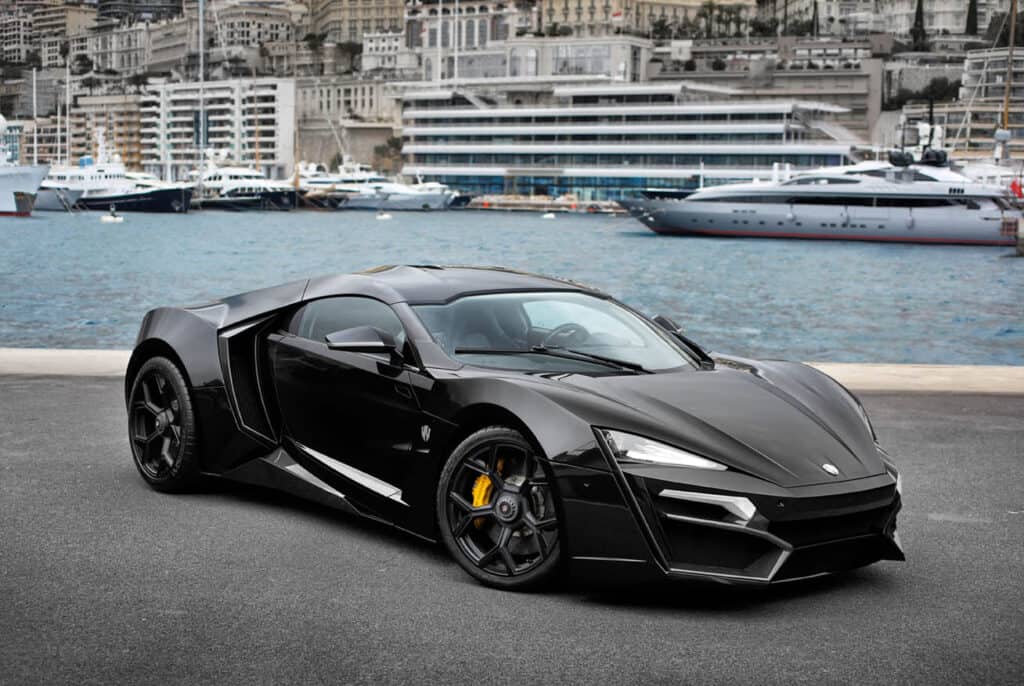 Lykan Hypersport exhibited a top speed of 395 km/h and reached 0-100 km/h in 9.4 seconds during the test drives.

The impressive speed and being a rarity makes its price tag of $3.4 well deserved making it one of the top 20 most expensive car.

The McLaren P1 is another supercar on the list that McLaren designed.

The P1 is designed to be a direct competitor to the ‘La Ferrari’ and ‘Porsche 918’.

The notable features of Mc Laren P1 are its 3.8-liter V8 engine which delivers 54 kW. 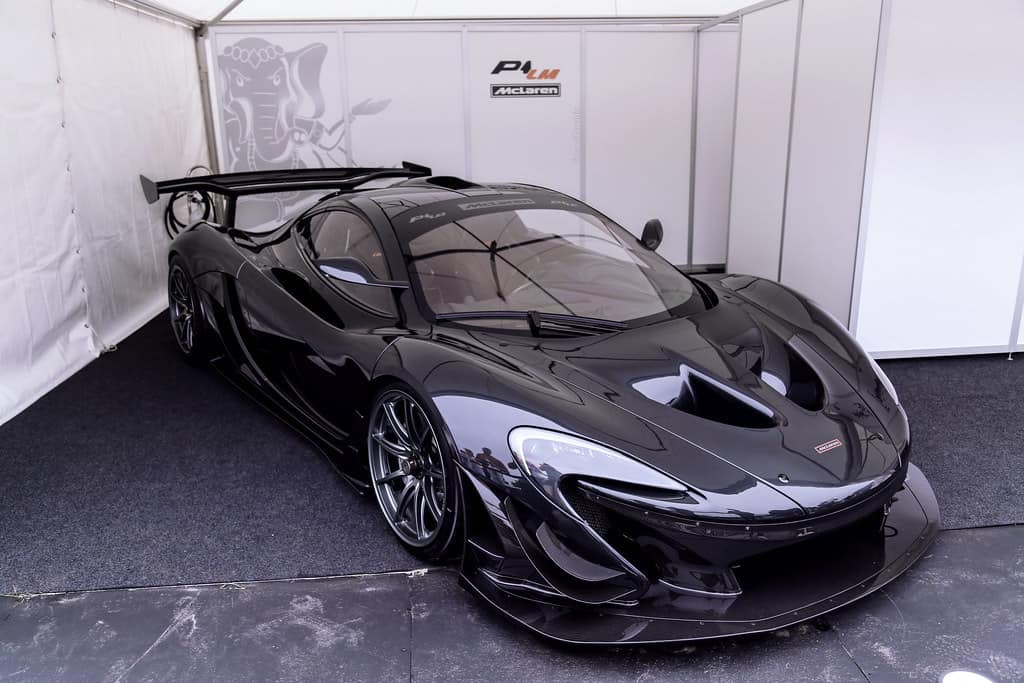 The McLaren P1 LM has an approximate price of $3.6 million, making it one of the most expensive cars in the world.

The Sián FKP 37 is the world’s first supercar with a V12 engine and hybrid technology based on supercapacitors.

On September 3, 2019, the Lamborghini Sian was unveiled to the public.

Lamborghini Sian is one of the very first hybrid vehicles of Lamborghini.

Marcello Gandini was responsible for the initial design of the Lamborghini Sian.

The coupe version of the Lamborghini Sian has sold 63 copies, while the roadster variant has sold 19 units.

If you are interested in the Lamborghini Sian, you can also look at other Lamborghini collections.

The Lamborghini Sian, with its hybrid engine and amazing specifications, has earned a price tag of $3.6 million.

Another supercar which makes a list is the ‘Bugatti Chiron Super Sport 300+’.

On its 110th anniversary, the Chiron Super Sport 300+ was released to its owners.

Compared to a standard Chiron, it has notable changes: increased speed, a more durable and powerful engine, and improved top speed. 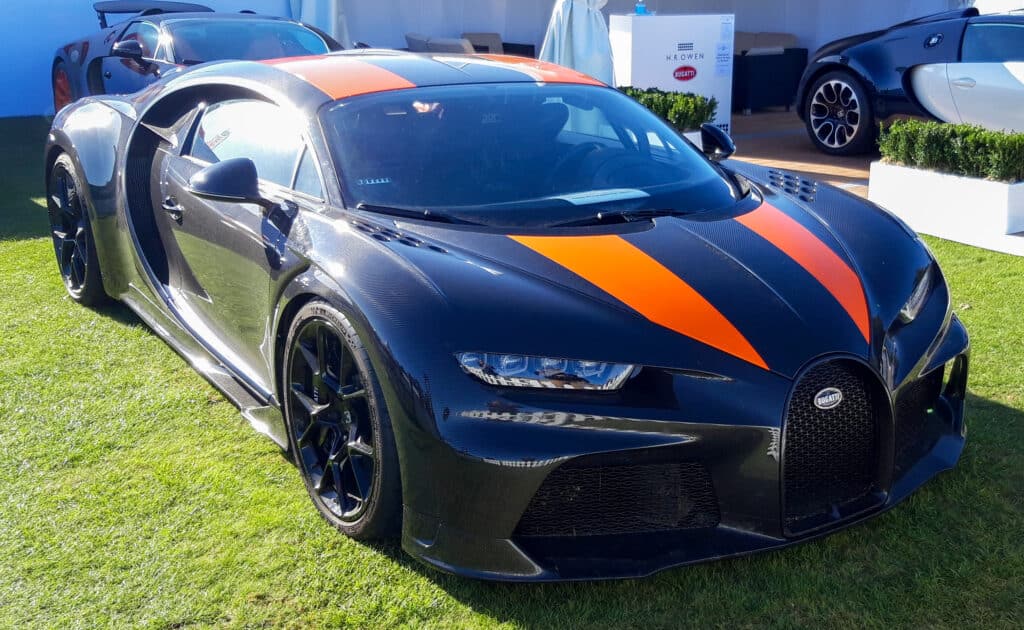 With just 30 units ever produced, the Bugatti Chiron Super Sport 300+ is not only a beast but also a unique beauty.

Its excellent performance and limited production have earned Super Sport 300+ with the price tag of $4 million, the 10th position in the top 20 most expensive cars.

The Veneno Roadster was created to commemorate the company’s 50th anniversary.

During its release in 2013 at the Geneva Motor Show, the Veneno Roadster was the most expensive car globally with a price tag of $4.5 million. 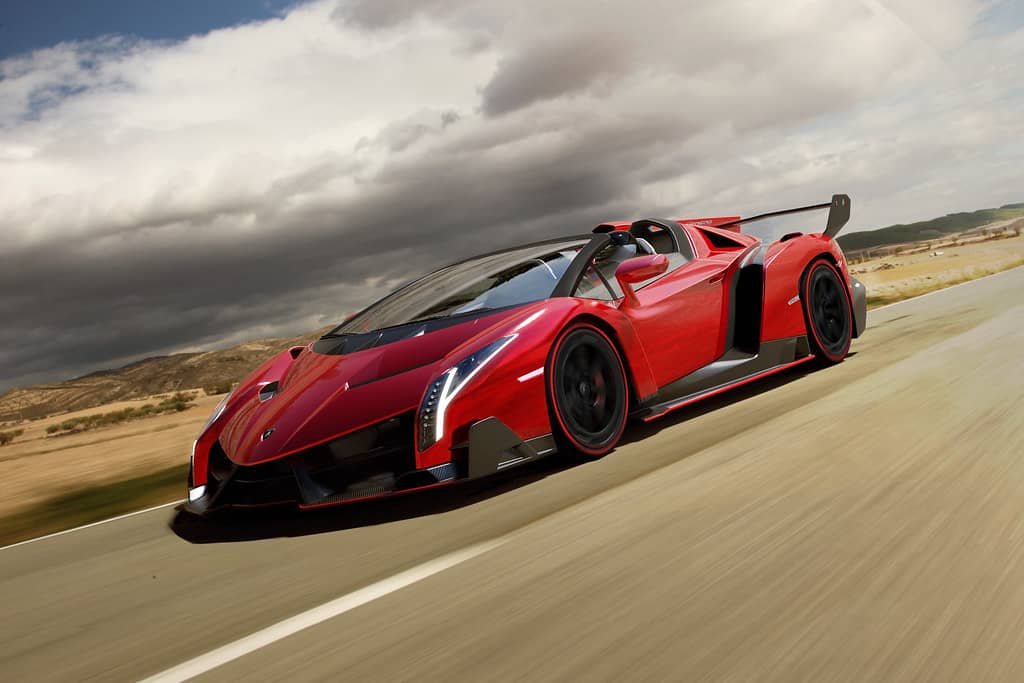 Furthermore, for the Lamborghini Veneno, only 9 roadster models are produced, making it even more useful.

The estimated Lamborghini Veneno roadster is about 4.5 million dollars and is the 9th largest car in the top 20.

The Koenigsegg CCXR Trevita is a more eco-friendly variant of the CCX.

Using E85, E 100 ethanol as its source of fuel makes it better suited for the environment.

The name “Trevita” means ‘Three whites’ in the Swedish language. 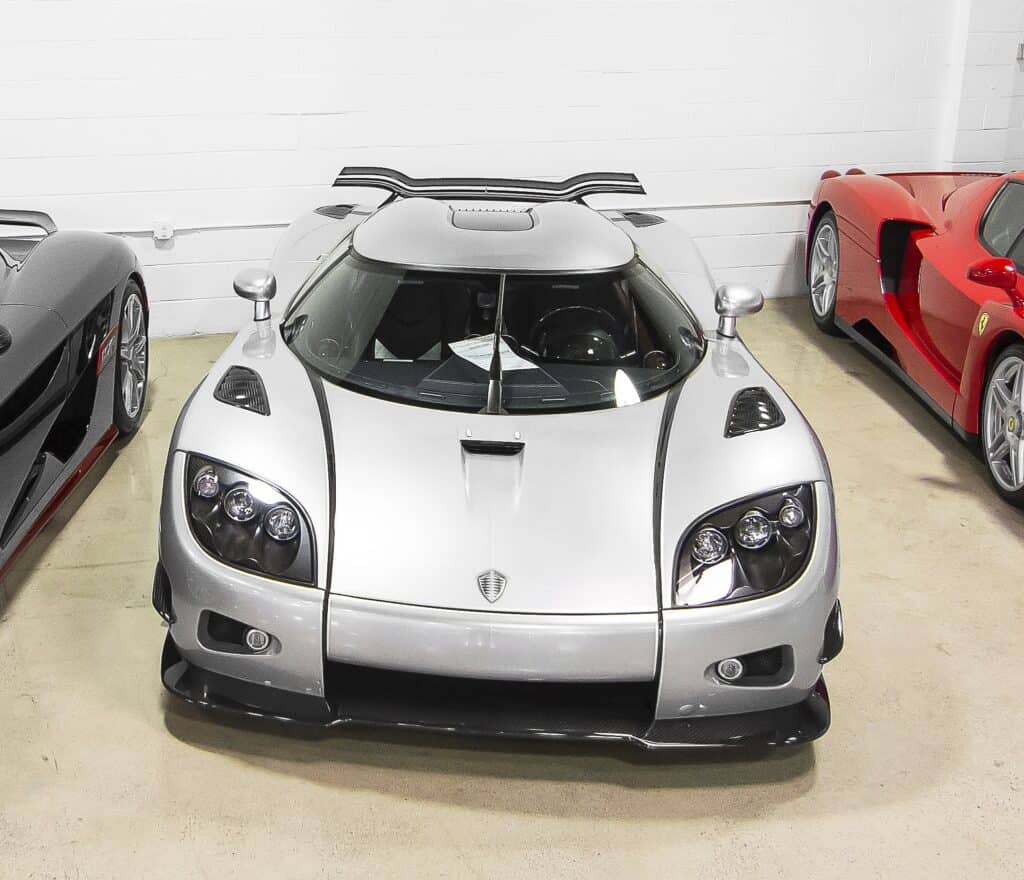 When the light shines on the Trevisita, it glows as though the visible fiber-carbon bodywork is fed into millions of little white diamonds.

The price range of $4.8 million makes Koenigsegg CCXR Trevita one of the most expensive cars in the world.

The model is named after a wind god called “Huayra tata.” 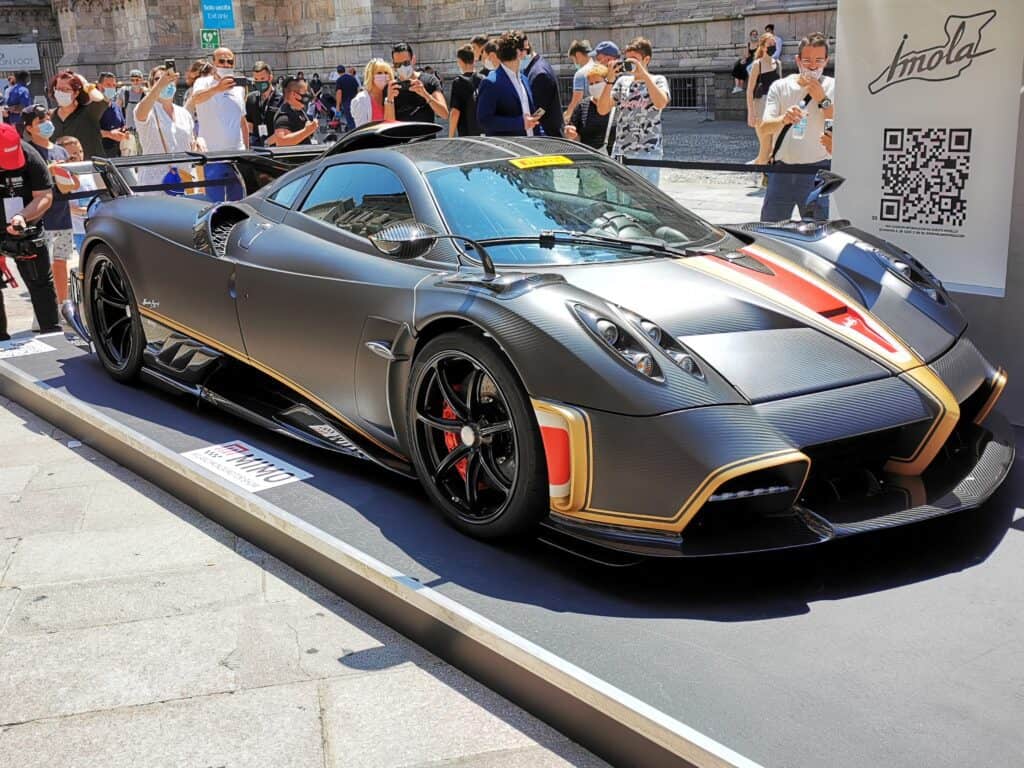 The Huarya Imola officially debuted on 25 January 2011 in the online media with limited pictures.

The Pagani Hyayra Imola had sold its 100 units limited edition as of 2015.

The price tag of $5.4 million grabs Pagani Huayra Imola in the  7th position in the most expensive cars list.

Albert Divo, the championship winner and Bugatti Targa Florio rider, is honored with the Divo title.

The qualities of concentration and optimum racing performance were considered throughout the design of the Bugatti Divo. 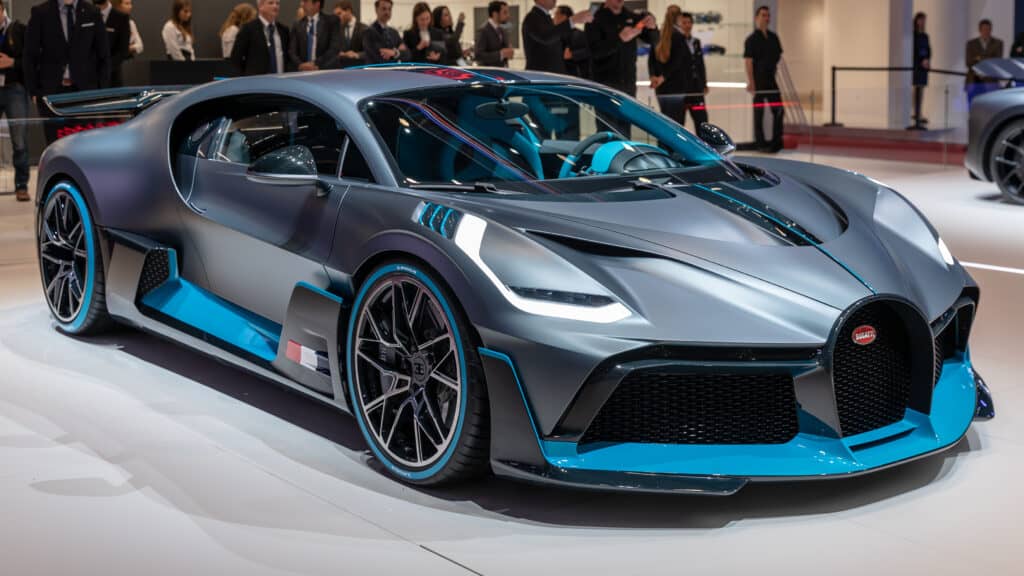 Divo is only manufactured in 40 pieces, which makes it quite a rare model.

The price tag of $6 million earns Bugatti Divo the 6th position in the top 20 most expensive cars.

In 2005 in Berlin, the general public was introduced to Maybach Exelero. 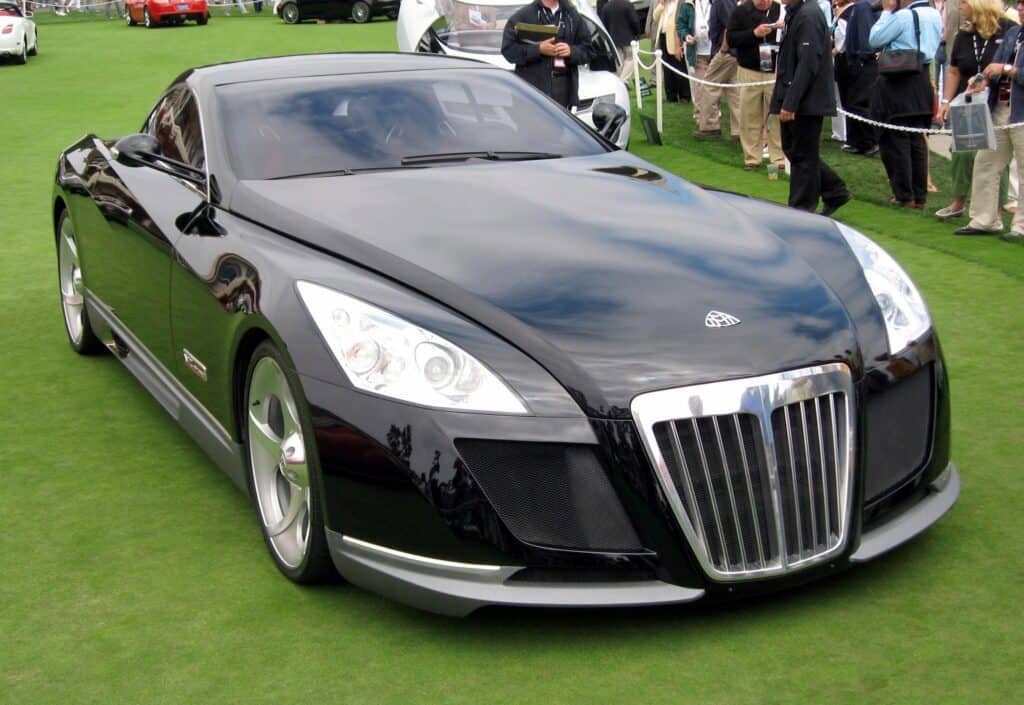 The Exelero has a black appearance with a tall hood, chrome grille, and gasoline cap.

The hefty price tag of $8 million has earned Exelero the 5th position in the top 20 most expensive cars list.

Bugatti Centodieci is a mid-engine sports vehicle of a limited edition. It is designed for the 110th anniversary of the Bugatti.

The Centodieci version is about 20 kg lighter as compared to the Bugatti Chiron.

Another reason for its hefty price tag is its rarity in the world. 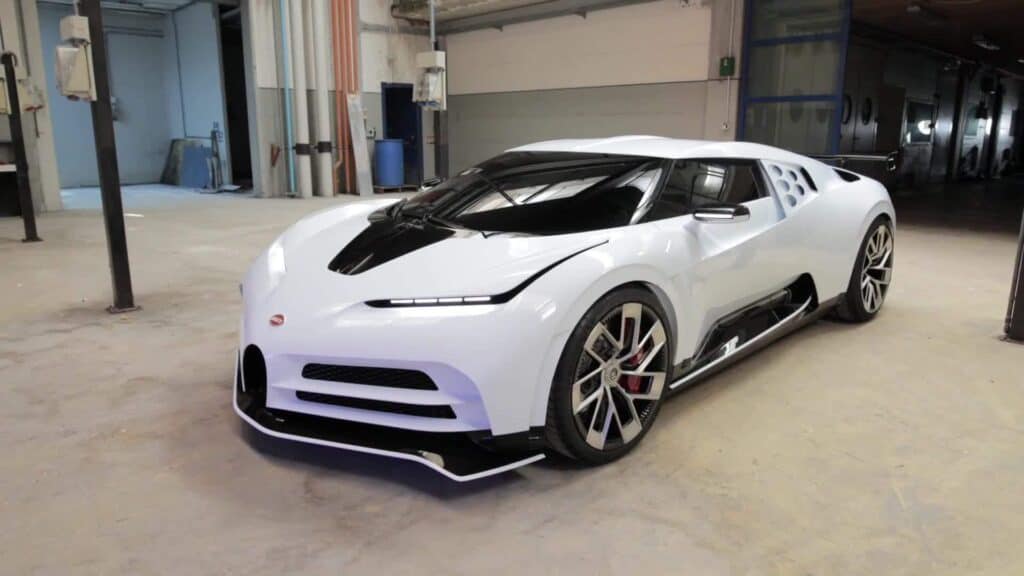 It is a rare and unique collection, and there are only 10 pieces of Bugatti Centodieci ever made.

Bugatti Centodieci is well worth 9 million dollars, making it the fourth most costly automobile.

Pagani Zonda HP Barchetta is an Italian sports car with a mid engine.

The Pagani Zonda was unveiled to the public during the 1999 Geneva Motor Show.

Only three Pagani Zonda HP Barchettas were produced, one of which is for Horacio Pagani’s personal collection. 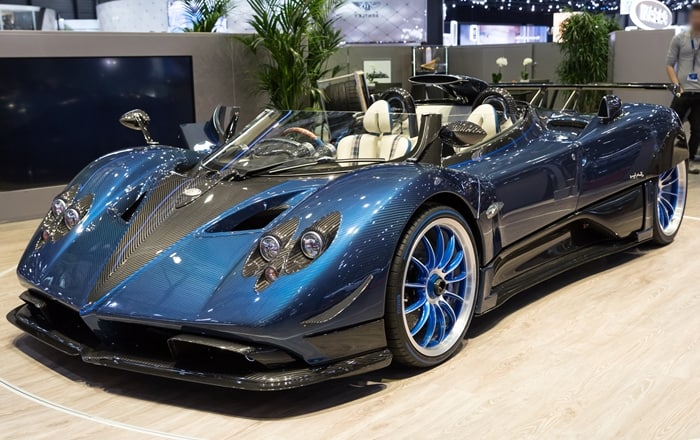 The Zonda HP Barchetta is mostly carbon fiber, making it light for its size and engine.

The maximum speed of the car in tests rides has reached almost 355 km/h.

Such a rare car well deserves the price range of $17.6 million, grabbing the 3rd position of the top 20 most expensive cars list.

The Bugatti La Voiture Noire is a premium GT supercar created by the French automaker Bugatti.

The sleek design and its performance are the best in comparison to all the cars produced by Bugatti.

‘Bugatti The Black Car’ is another name for ‘La Voiture Noire.’ 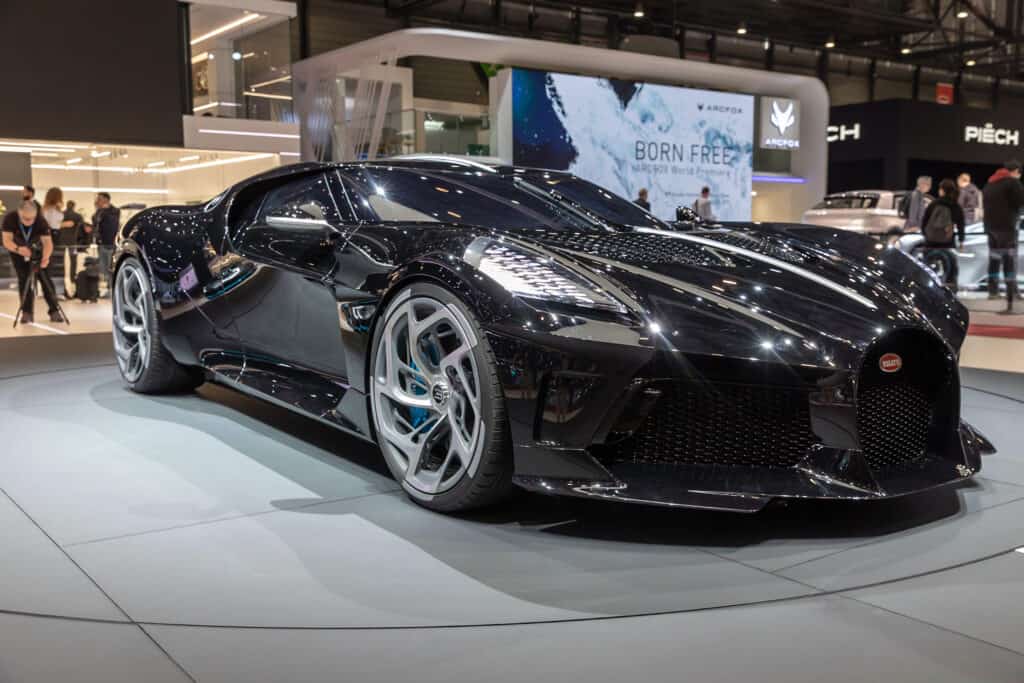 The Bugatti La Voiture Noire having a price tag of $18.7 million, makes it the second most expensive car globally.

The Ferrari 250 GTO is one of the most exclusive cars which won Tour de France in 1963.

The 250 in the car’s name refers to the distance between the two cylinders in cubic millimeters. 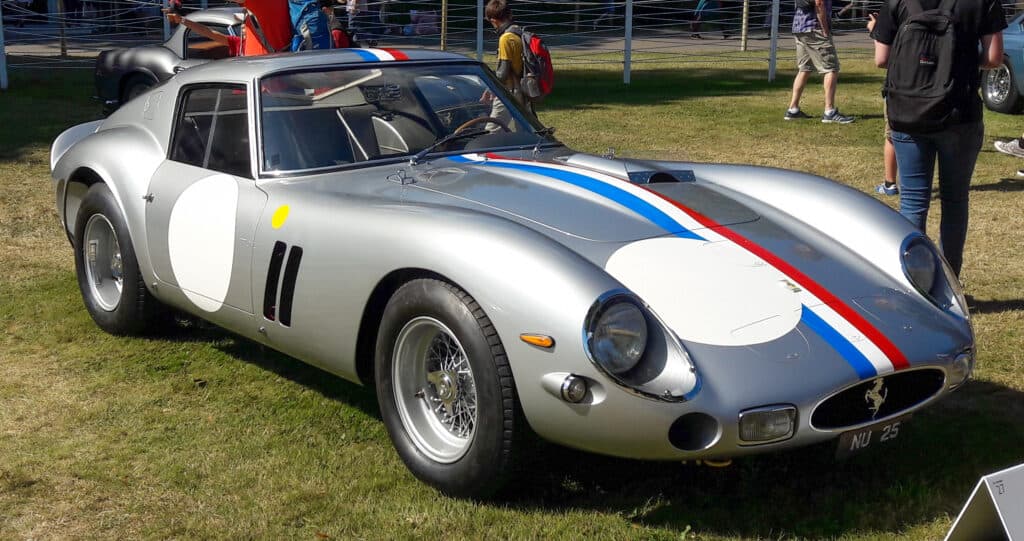 Before consumers can get their hands on the new version of the 250 GTO, it must be authorized by the owner of the Ferrari, ‘Enzo Ferrari.’

The maximum speed of the Ferrari GTO is almost 280 km/h.

Such a prolific and rare car well deserves the price of $70 million, making it the most expensive car in the world. 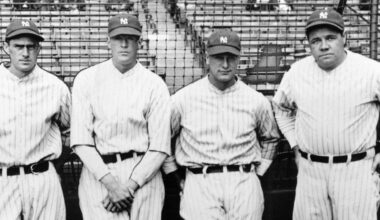 Read More
Major League Baseball (MLB) has gifted fans with some of the unparalleled stars who have engraved their names…
TTop List
Which are the ten most expensive metals in the world? And why are these metals so precious and…