A fountain, derived from the Latin “fons”, is a beautiful reservoir used to dispense water.

For thousands of years, fountains have been utilized for everything from providing drinking water to aesthetically pleasing pieces of artwork and amusement.

The purpose and designs of the fountain have evolved over time, and they can now be seen in parks, squares, private homes, and commercial structures.

They are used for decorating, amusement, and entertainment.

A lovely fountain comes at a high cost, and assembling one at a house can cost an arm and leg. This is why it can be mainly found on the porch of the mansions of the ultra-rich, in front of commercial buildings and amusement parks.

Let’s dive into the details of the world’s beautiful and pricey fountains without wasting any time.

Well, Dubai’s label would absolutely appear on any list of the world’s most costly items.

The magnificent 24-meter-tall Driver’s Fountain is located in The Dubai Mall in the United Arab Emirates. It is one of the most expensive and famous fountains in the world.

The fountain, adorned with fiberglass sculptures of divers, extends across all four levels of the indoor retail center.

The waterfall was created by Singapore-based DPA Architects and inaugurated in 2009.

Furthermore, it is an integral part of the Tang Dynasty’s Xi’an Cultural Area.

When the fountains are activated in the evening, the artificial streams coming from the ground transform the plaza into a wonderland of multicolored water adorned with a variety of lights.

The main music played during the fountain performances is a symphony – Water Phantom of Tang.

Moreover, the fountain shows 22 matrix patterns when the music starts, which is one of the coolest features of this fountain.

Read About 16 Most Expensive Pianos in the World

The Buckingham Fountain is a popular tourist destination in Chicago, Illinois, United States. It was built for a staggering $750,000 and opened in 1927.

Buckingham Fountain is also one of the biggest and most expensive fountains in the world. It served as an inspiration for the design of the Latona Fountain in Paris.

This fountain was built in Rococo style and was constructed out of pink Georgian marble. It is renowned for its stunning light and water performances as well.

Furthermore, constructing such a gorgeous fountain nearly a century ago must have been difficult. This fountain is still as magnificent as it was when it was first built, thanks to the architects.

The Multimedia Fountain Roshen is located in Vinnytsia, a west-central Ukraine city on the Southern Buh banks.

It is one of Europe’s largest fountains which was inaugurated in 2011.

As the name suggests, the fountain consists of combinations of light and music with some spectacular special effects, lasers, and 3D projectors.

All these communally provide a breathtaking scene to the spectators.

Moreover, the bend of the Bug River was an excellent location for this project despite the fact that building fountains of this size required very challenging topographical conditions.

The total construction cost of Roshen Fountain was €1.5 million.

It is located in Suntec City, Singapore, and it held the Guinness World Record for the World’s Largest Fountain in 1998.

The fountain is over 14 meters high and covers an area of around 1,700 square meters, yet the height of the water jets shooting into the air is close to 30 meters.

It is reported to have cost $6 million to construct in 1995.

It represents the oneness of spirit and unity and further symbolizes the equality and peace of all races and religions in Singapore.

The Magic Fountain of Montjuic is located in Barcelona, Catalonia, Spain.

The 1929 Barcelona International Exposition committee built the fountain, just like the majority of the nearby developments.

The fountain was entirely restored with additional features, including music and a light show prior to the 1992 Summer Olympics, held at Montjuïc.

The display of music, light, and color has made it one of Barcelona’s most visited sights.

The 3,620 jets spray 700 gallons of water each second up the height of 170 feet, which is one of the most excellent features of the fountain.

Read About 10 Most Expensive Handbag Brands

One of Rome’s most iconic attractions, the Trevi Fountain, is also one of the most expensive fountains in the world.

Trevi Fountain is among the most exquisite examples of Italian Baroque architecture, built between 1656 and 1667.

The officials built the fountain on the location of a former Roman water supply.

Interestingly, the engineers used the same materials for the fountain as the Colosseum.

Gian Lorenzo Bernini created the fountain for the Acqua Vergine (Virgin Water) reservoir in the heart of Rome.

The fountain is divided into three sections: the basin, the figure of Neptune, and the four horses facing each direction to deliver water to the North, South, East, and West.

The Nations Friendship Fountain is adorned with 16 gold-plated statues symbolizing former republics of the USSR.

The fountain’s primary goal was to present the idea of national identity to the Soviet people and the world.

It sits in the plaza close to the Russia Exhibition Center and is also known as the People’s Friendship Fountain.

Moreover, famous artists like Z. Bazhenova, L. Bazhenova, Z. Ryleeva, I. Tchaikova, and A. Tenuta built the fountain in the 1950s.

Furthermore, each bronze and gold-plated maiden depicts a woman dressed in the national costume of the particular nation.

One of the tallest fountains in the world, the Jet d’Eau Fountain is located in Geneva, Switzerland.

While its construction cost is unknown, research has estimated its annual maintenance cost at around $800,000, making it one of the world’s most costly fountains.

The Jet d’Eau sprays 500 liters of lake water per second at a height of 140 meters at a speed of 200 kilometers per hour.

Moreover, the fountain has become the city’s trademark, and people all over the world visit this city just to take pictures in front of this fountain.

A 30-year-old monument in the middle of the Red Sea is quite famous for its mesmerizing views.

The fountain sprays water to a maximum height of 260 meters or 312 meters over the Red Sea.

What’s more impressive is the lighting, which lets the dazzling fountain shine through the shadows. It appears to pierce the night sky and reach for the stars.

The magnificent artwork was created by French artist Francois Sicard and honors Australia’s alliance with France during World War I.

It blends Greek and Roman influences, with the god Apollo surrounded by various mythical characters showering water to entertain visitors.

Read About 20 Most Expensive Diamonds in the World

One of the gorgeous fountains, The Great Falls Fountain, is located in Peterhof Palace of Russia.

It embodies the Russian Empire’s opulence and majesty. The magnificent palace and gardens were completed in 1721.

This is undoubtedly one of the world’s most stunning and imposing royal residences.

The Bellagio Fountain is one of the most popular tourist spots in Las Vegas, Nevada, United States.

It’s a choreographed water feature with performances synced to light and music.

Additionally, there are 1,214 water nozzles and 4,792 lights used in the fountain, reaching heights of up to 460 feet.

The construction cost of the fountain was around $40 million.

Dubai Fountain is one of Dubai’s top tourist attractions. It was constructed for $218 million, making it one of the most expensive structures in the city.

The water fountain stands almost 900 feet tall. Furthermore, it can spray roughly 20,000 gallons of water at one time.

This beautiful fountain is situated on the artificial Burj Khalifa Lake in the heart of Dubai, United Arab Emirates.

The most expensive and gorgeous fountain in the world is Banpo Moonlight Rainbow Fountain.

This magnificent fountain in Seoul is also the world’s longest bridge fountain, with approximately 10,000 LED nozzles!

It is about 1,140 meters long and pumps nearly 190 tons of water each minute, all directly from the river and recycled continually.

Similarly, water jets at the Moonlight Rainbow Fountain can flow in sync with the music.

Banpo Daegyo Bridge displays hundreds of rainbow-colored lighting configurations at night. Its magnificence makes it obvious why it attracts tourists all year round.

So, gardens, squares, and famous locations worldwide use fountains as decorative architectural features.

A considerable amount of money is spent enhancing and highlighting the fountain’s beauty. After all, these fountains serve as an attraction for visitors.

Also, Read About the 15 Most Expensive Buildings in the World 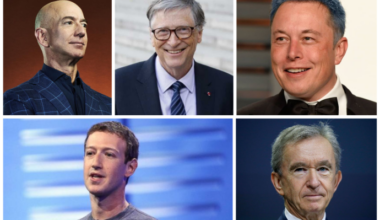 Read More
Richest People in the World!! Who is the world’s richest person? Is it Jeff Bezos or Elon Musk?…
TTop List 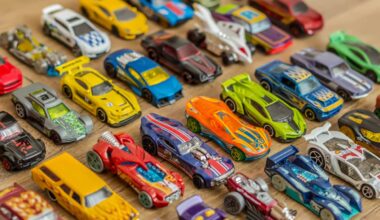 Read More
Most Valuable Hot Wheels!! It is surprising how small car models could cost more than a real and…