20 Most Expensive Sneakers Ever Sold

Have you ever wondered which might be the most expensive pair of sneakers in the world?

If you are into sneakers and like buying stylish and trending kicks, then this might be the article for you.

A new pair of sneakers indeed brings a sense of happiness and joy.

The most expensive sneaker on this list is worth $2 million. Read more to know if your favorite brands made it to the list or not.

The history and unique details behind each of these sneakers make it even more worthy to own.

These are not your typical pair, which you might find in the nearby stores; their pricing reflects that.

To ensure high-quality information, the list of the most expensive sneakers has been compiled from List 25, Wikipedia, and other legitimate sneaker-related websites.

Several editions of the Air Jordan III OG are available on the market today.

As compared to the earlier editions, the Air Jordan III OG has a lot more value.

These sneakers cost up to $4,500, making them the 20th most expensive sneaker in the world.

Only 72 pairs of the Jordan 4 Undefeated were ever produced, making them more desirable.

The UNDFTD shoe retailer put the sneakers available for purchase through a raffle and auction.

The creator said that a one-of-a-kind material was utilized in the creation of the midsole, distinguishing it from the other versions.

The unique design features and rarity makes Air Jordan 4 Undefeated worthy of the price tag of $15,000.

The X OVO edition of Air Jordan is a few of its more recent editions. The Air Jordan X OVO was released as part of a collaboration with Drake.

An anonymous buyer on the internet purchased it at an online auction.

Among the color options available, the Black pair is more valuable as compared to the white one.

During that time, Micheal Jordan was not as popular as he is now, which makes it the collector’s item for sure.

These pair of Air Jordan 1 carried Micheal Jordan through his career and brought fame.

The vast history behind the 1985 ASG edition and its rarity rack the price tag of $22,000, making it the 17th most expensive sneakers of all time.

Owning a pair of Air Jordan’s is nice, but receiving them as a gift is a mile apart.

The Macklemore Cactus Air Jordan 6 is one of a series of limited-edition sneakers created for Macklemore and his family.

The Macklemore Cactus Air Jordan 6 costs up to $25,000, making it the 16th most expensive sneaker ever sold.

These Air Jordan were specifically designed for “The Black Mamba- Kobe Bryant.”

Despite his success in NBA, Kobe was not aligned with any shoe manufacturer.

Nike thought of a step forward and designed the sneaker  “Air Jordan VII “Kobe Bryant” PE to get him on a Nike deal.

Kobe later signed a deal with Nike to return their gesture of respect.

Another unique feature of the sneaker is the number 8 carved in the shoe, which is the same as the jersey number of Kobe Bryant.

The shoe itself has a prestigious history, and an anonymous buyer bought a signed pair in 2003 for $25,000.

We all know DJ Khaled and his wonderful music productions.

The title ‘Grateful’ was the expression of Khaled’s feelings when his first baby Asahd was born.

The elephant pattern on the heel and mudguard adds fantastic contrast and texture, and an air unit in the midsole provides comfortable cushioning.

The DJ Khaled x Air Jordan 3 ‘Grateful’ costs up to $25,000, making it the 14th most expensive sneakers globally.

The Nike Mag 2016 (Auto Lacing) is a fantastic pair of sneaker in terms of looks and functionality both.

It was first seen in the movie “Back To The Future Part II.”

It was developed in collaboration with Nike and The Michael J. Fox Foundation.

Only 89 pairs of the Nike Mag 2016 were produced, and they were auctioned off, raising almost $10 million for Parkinson’s research.

It is constructed using the HyperAdpat 1.0 technology, which detects and tightens or loosens the garment based on the wearer’s sensations.

This futuristic pair of sneakers cost around $26,000, making it the 13th most expensive pair in the world.

The Eminem x Carhartt Air Jordan 4 is a collaboration between three massive personalities.

The black twill upper and silver accents in the body and unique detailings dedicated to the Slim Shady make it unique.

It is released as part of a celebratory tribute to the 15th anniversary of Eminem’s third album, “The Marshall Mathers LP.”

Upon its original release, it managed to raise almost $250,000 for the Literacy Through Songwriting program.

Bruce Kilgore designed the very first pairs of the Air Jordan 2 Original. Only two color schemes were part of the initial release.

Finding one of these in good condition is almost impossible.

An anonymous online buyer bought one pair of the Air Jordan 2 Original for $31,000.

It might not have been worth the price and condition, but it is definitely a historic pair.

The Air Jordan 11 ‘Jeter’ was specifically designed for Derek Jeter to celebrate his career and retirement from NBA.

The iconic number 2 on the back is a mark of gesture for the player (Derek Jeter).

Only a total of five pairs were ever made of the Jeter edition, making it super rare.

Owning a pair of these is definitely for the respect and history towards NBA and the player himself.

The Diamond Encrusted Air Force 1 was designed to collaborate with rapper Big Boi, who is well known for his love of jewelry and sneakers.

If you like diamonds, this is a pair of sneakers you would want to get.

It is full of 13-carat special champagne diamond and gold engraved in the Nike logo.

Big Boi auctioned this pair to raise money for his charity organization.

The hues are inspired by ‘Optimus Prime,’ one of the film franchise’s key protagonists.

It also comes with a glow-in-the-dark Transformers logo on the forefoot.

The pair of Air Jordan 5 Transformers cost up to $52,000, which makes it the 8th most expensive sneakers in the world.

The Air Jordan Silver Shoe has an immense history behind it.

Micheal Jordan received a pair of these for his 32nd birthday from his wife.

Furthermore, only a total of 10 pairs has ever been made.

Owning a pair of these will tie you up with the history of Micheal Jordan as well.

As the name suggests, the shoe is plated with handcrafted sterling silver.

This pair also showed that Jordan’s dedication to his business enterprise apart from Basketball.

The rich history and personal signature on the shoe make it a collector’s item.

A pair of Air Jordan Silver Shoes costs around $60,000 but is definitely worth the hefty price tag.

Another brand, which has been ruling the footwear industry for a very long time is “Reebok.”

The Diamond Encrusted Reebok Question was developed in partnership with Allen Iverson (The NBA Superstar).

It was part of the Question-Answer edition of the Reebok brand.

The Question edition was launched in 1996, while the Answer edition was available from 1998 to 2004.

It is decorated with a total of 246 diamonds against the black shoe body and white gold laces.

A pair of Diamond Encrusted Reebok Question can cost up to $65,000, making it the 6th most expensive sneakers on the list.

Air Jordan often partners with celebrities across the world to design new shoes.

The Air Jordan 12 OVO was designed in partnership between Air Jordan’s and Drakes Toronto-based brand ‘OVO.’

One look at these will make you see the class and its elegant design.

Only high-profile celebrities have been able to get their hands on the Air Jordan 12 OVO to date.

The gold accents on top of the shoe, laces, and the Jumpman logo make it stand apart from other editions.

An OVO Owl branding can also be seen in gold plating on the insole.

Air Jordan 12 OVO is a perfect example of a partnership between two classy giants.

A pair of these sneakers cost almost $100,000, making it one of the most expensive sneakers in the world.

The Air Jordan 12 (Flu Game) is another legendary sneaker with a long history.

When Michael Jordan was sick with the flu during an NBA game, he wore these sneakers and won the 5th title of his career.

Jordan autographed the Air Jordan 12 and gave it to Truman, a ballboy who subsequently auctioned it off online.

The Flu Game edition is one of a kind in the history of the basketball and sneakers industry.

The final action price of Air Jordan 12 (Flu edition) was around $105,000, making it the 4th most expensive sneakers globally.

The leather comes from special manufactures in Italy to ensure the best quality materials.

The inspiration for ‘lock on a sneaker’ came from the designer’s wife’s exclusive bag collection.

The elegant design, jewelry, and the finest materials used to create Buscemi 100 MM Diamond racks up the price tag to almost $132,000.

Jordan wore this pair during the 1984 Olympics.

Micheal Jordan wore these sneakers as an amateur for the last time.

Michael Jordan’s Game-Worn Converse Fastbreak was auctioned off and purchased for $190,000, making it the world’s second most expensive sneakers.

The Solid Gold OVO x Air Jordans are made of genuine gold. Matthew Senna creates it with 24-carat gold all over the body.

The shoes’ entire weight is believed to be at least 100 pounds.

The Solid Gold OVO x Air Jordans cost up to $2 million, making it the most expensive pair of sneakers globally.

Read About Kobe Bryant’s Net Worth, NBA Career, and Death 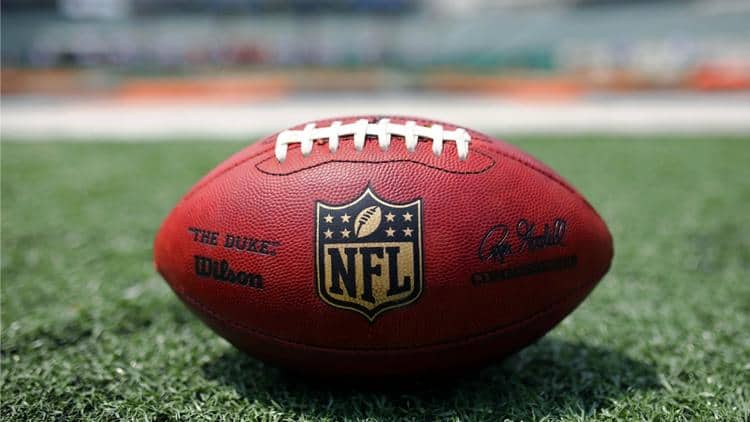 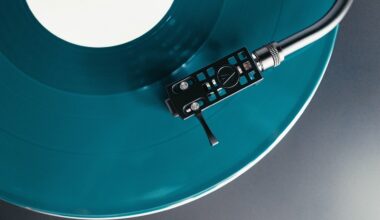 Read More
Hey, readers out there, where would you go to seek help and comfort whenever you feel low and…