An American actor and screenwriter, Owen Wilson’s net worth is a whopping $70 million.

One of the most recognizable faces in Hollywood, Wilson has been in the industry entertaining his fans for nearly three decades and has amassed a list of film credits in the process.

His films have collectively grossed over $2.25 billion in the United States and Canada, with an average of $75 million per film.

Similarly, the man has amassed an incredible fortune in addition to numerous accolades from his career in the entertainment industry.

As a member of Frat Pack, Owen has appeared in films such as Zoolander, Wedding Crashers, The Big Year, and The Internship.

An American actor and producer, Owen Wilson’s net worth as of October 2022 is a staggering $70 million.

With close to 30 years of experience in the entertainment industry, Owen has established himself as one of the most bankable stars in Hollywood.

He has appeared in more than 71 films to date, which has collectively amassed him tens of millions of dollars in salaries and backend bonuses.

According to reports, Wilson has earned more than $90 million from film roles alone.

Even though his primary income source is all his acting gigs, that does not mean he has not profited from other sources.

Wilson, as clever as he is, has invested his fortune firmly in several endeavors earning millions in return.

His endorsement deal is another contributor to his wealth.

Similarly, Wilson is quite a player in the real estate world. His real estate portfolio is likely worth $40-$50 million.

In 2000, Wilson starred in the action film Shanghai Noon as Roy O’Bannon alongside Jackie Chan.

His role in the film earned him an excellent $4 million paycheck.

The following year he starred in the comedy film Zoolander alongside fellow Frat Pack members Ben Stiller and Will Ferrell.

The film was incredibly successful, grossing over $60 million at the global box office.

Owen’s role as Hansel in the film earned him $2 million in salary.

And how can we forget Lt. Chris Burnett from the 2001 war film Behind Enemy Lines?

Wilson’s portrayal of Lt. Burnett not just garnered him $3 million but also favorable reviews from the critics.

His next big project was the 2004 comedy/crime film Starsky & Hutch. The Todd Phillips-directed film grossed a whopping $170 million at the global box office.

In return for his part as Kenneth Hutchinson, Wilson pocketed a $10 million paycheck.

He earned another $10 million from the 2005 comedy/romance film Wedding Crashers.

His role as Matty in the star-studded romcom How Do You Know brought $8 million.

The film starring Jack Nicholson, Reese Witherspoon, Paul Rudd, and Owen was a commercial failure grossing just $48 million against the budget of $150 million.

The film, which managed to gross $310 million at the global box office, earned Wilson a $15 million paycheck for his role as Kevin Rawley.

Net Worth of Owen Wilson in Different Currencies

As of October 2022, Owen Wilson’s net worth is a massive $70 million. Let’s look into his net worth in different currencies, including the cryptocurrency Bitcoin.

He owns several homes in the Los Angeles area, including a double-lot property in Santa Monica and a Malibu beach house.

Owen later demolished the house and replaced it with a lawn.

Wilson bought two side-by-side lands on the island of Maui in Hawaii in 2007 for $5.86 million.

Similarly, he purchased a property in the Westdale neighborhood of Los Angeles for $1.235 million in 2012.

Owen also owns a property in the Pacific Palisades neighborhood of LA, which he purchased back in 2014 for $1.52 million.

All in all, Wilson has invested almost his entire fortune in real estate. These are more likely long-term investments to the movie star.

A couple of months ago, in May 2022, someone stole the wheels of Wilson’s Tesla electric car parked outside his mansion in Santa Monica, California.

Imagine waking up in the morning, going to your car realizing that it does not have wheels anymore.

According to law enforcement, the estimated cost for the stolen car tires was around $4,000.

Film star Owen Wilson is living his bachelor life to the fullest.

He is not married and has never been. He has had numerous high-profile relationships, though.

Owen’s name has been linked to celebrities such as Kate Hudson, Sheryl Crowe, Demi More, and many others.

In 2018, Owen and his then-girlfriend Varunie Vongsvirates had a daughter Lyla before splitting. Lyla is Owen’s third child.

Surprisingly, Owen had a paternity test in June 2018, which proved that Lyla was indeed his child.

In 2021, Varunie claimed that Mr. Wilson had never met Lyla.

Wilson apparently pays $35,000 per month in child support payments, which equates to around $435,000 per year.

The star that we know today, Owen Wilson, has battled his way through various life-altering hardships to get to where he is present.

This only proves that money can buy everything but happiness and self-fulfillment.

Owen attempted suicide in August 2007 and was treated at St. John’s Health Center and Cedars-Sinai Medical Center in Los Angeles for clinical depression.

Wilson was initially set to appear in the film Tropic Thunder produced by his friend and frequent collaborator Ben Stiller.

After he was hospitalized, he withdrew from his role, which ultimately landed Matthew McConaughey in his role.

Actor Owen Wilson made his feature film debut in 1996 with the comedy/crime film Bottle Rocket.

The film did not perform well at the box office and was declared a flop.

Despite this, the film later gained a cult following.

Wilson’s following projects were Rushmore and The Royal Tenenbaums, both of which were directed by Wes Anderson.

After that, Ben Stiller cast Wilson in The Cable Guy.

He soon followed it up with a number of other films including Anaconda, Armageddon, The Haunting, Permanent Midnight, and The Minus Man.

All these film roles helped Wilson to create a strong acting profile and also proved that he was capable of both dramatic and comedic roles.

His breakthrough came in 2000 when he was cast alongside Jackie Chan in the action film Shanghai Noon.

Following that came a bunch of box office smashes, eventually cementing Wilson’s name in the industry as one of the most versatile actors.

Owen Wilson has endorsed several brands over the course of his career.

He appeared in a television commercial for Hertz, “Traveling and the speed of Hertz.”

Similarly, he did a radio commercial for Heineken and Michel Lite.

From 2017-2019 Wilson endorsed and appeared in the commercial for a British furniture retailer Sofology.

Read About Will Ferrell’s Net Worth: Career & Income

He grew up alongside two brothers who later became filmmakers and actors like himself.

Three boys were banned from watching television as a child.

Owen was expelled from school after stealing his teacher’s textbook. This event turned his life around.

After his plan was bombed, he was sent to a military school in New Mexico.

He later obtained a Bachelor of Arts degree in English from the University of Texas at Austin.

His time at military school proved to be quite lucrative to his future as he met Wes Anderson through a fellow student.

This very connection helped him book his debut role in 1996 Bottle Rocket, and the rest is history.

Who is worth more, Luke or Owen Wilson?

Owen Wilson’s net worth is $70 million, while his brother Luke is worth $50 million.

Who is Owen Wilson’s best friend?

Owen Wilson’s best friend is Ben Stiller. These two have appeared in 13 films together.

Is Owen Wilson in any new movies?

Wilson’s new film Haunted Mansion will release in 2023, where he stars alongside Jared Leto, Tiffany Haddish, and Danny DeVito.

NNet Worth
The retired National Football League (NFL) player Eric Weddle has an approximately a net worth of $15 million.…
NNet Worth 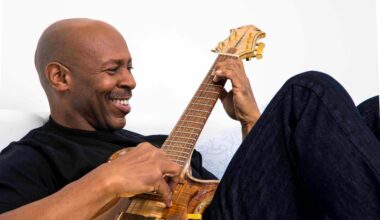 Read More
An American guitarist, musician, and composer, Kevin Eubanks’s net worth is a whopping $25 million. From 1995 through…