Home 18 Most Dangerous Jobs in the World
TTop List

Most Dangerous Jobs in the World!!!

Are you daring enough to earn a living with some of the world’s deadliest careers?

Earning a living could cost you your life.

While most of us are working in a safe environment, there are few bravest spirits who are risking their lives every day by taking on one of these 18 most dangerous jobs in the world.

Unfortunately, the folks who truly put their lives on the line often aren’t given any medals or recognition.

Get ready to have your mind blown and feel shivers down your spine!!

Most Dangerous Jobs in the World

The information and details has been compiled through reliable sites including Wikipedia.

Being an astronaut is one of the most dangerous jobs in the world.

Spacewalk sounds wonderful, but the real stuff as an astronaut is not that fun. An astronaut at least has to stay up to 6 months in the space station performing scientific experiments on the human body and living in space.

Besides, space is lethal with cosmic radiation, which can cause long-term cancer risks and also can damage DNA.

According to NASA reports, spaceflight leads to increased exposure to zero gravity.

Similarly, astronauts must live in isolation which results in sleepless nights and mental health problems.

Moreover, while on a mission to Mars or Moon, the astronauts face communication blackouts. It becomes hard to know and help them in threatening conditions from Earth.

Though the job pays a pretty decent income, it takes a lot of courage and risks to be an astronaut.

E-waste recycling job is another most dangerous job in the world.

With the rapid increase in the use of technology, new kinds of waste (electronic waste) like computers, cell phones, circuit boards, etc., are also increasing.

E-waste is one of the major global problems. Every year, the world produces more than 65.4 million tonnes of e-waste.

Millions of individuals worldwide are engaged as e-waste recyclers. They informally collect, repair, renovate, dismantle, recycle, and dispose of the e-waste under harmful working conditions.

While trying to take out reusable parts from the e-wastes like a hard drive or precious metals (gold, silver) to earn some good income, they often risk their lives and the environment.

The job of the underwater welder is challenging but has high demand and pays pretty good. Similarly, being an underground welder is not that easy. One must have extensive training and experience in scuba diving and welding.

What makes the job of underground welders dangerous is they might face risks of electric shock, decompression sickness, and hypothermia.

Besides, changes in water pressure can also result in drowning. Moreover, wet welding produces oxygen and hydrogen gases which, when becomes concentrated, lead to an explosion.

Each year 11 underground welders die due to drowning.

Alaska is home to the sweet and extremely tender crab species, King Crab.

The crab fishermen go for hunting valuable king crabs in the Gulf of Alaska, mainly in the Bering Sea. As the peak season for the Alaskan crabs is mostly during winter, the fishermen have to face the roughest conditions.

During winter, the Bering Sea is ruthless. Wild cool storms roar around the heavy sea. Similarly, the temperature drops below the freezing point, and the ice covers the whole boat making it slippery.

The Alaskan crab fisherman has to face all these challenges and stay alert.

In the midst of the uncertainty and raging sea, they have to put bait on a 360 kg crab pot supported by a crane, throw them underwater, and pull it on the right catch.

Besides, they must keep on hitting to break the ice so that the boat doesn’t sink.

Moreover, tiredness during the job and a single distraction can lead to accidents from heavy machinery. Further, the dropping temperature can result in hypothermia.

While the violent sea and weather may drive the fishermen overboard.

300 crab fishermen have died till now due to drowning and hypothermia.

The job of loggers is one of the most dangerous jobs in the world.

Loggers harvest the trees by using chainsaws and other effective equipment like feller bunchers. During rough weather and steep terrain, cutting the trees is often risky. Besides, falling from tall trees is also threatening.

Similarly, the loggers must be highly skilled, experienced, quick-witted, and careful in terms of cutting the trees to land in a favorable manner.

A single wrong precision can lead to the trees falling in the wrong direction and causing the death of the loggers.

A mountain guide is one of the most remarkable and dangerous jobs in the world.

These skilled mountaineers offer travelers with thrilling adventures to the most breath-taking mountain spots ensuring a safe journey.

Similarly, long exposure to the snowy mountains results in frostbites and even death due to sudden accidents.

The electrical linemen are responsible for installing, maintaining, and repairing electric power lines and other equipment related to electrical distribution and transmission systems.

These workers frequently work at dangerous heights like the top of the electric pole. And their job is highly demanding when the power cuts off suddenly. During harsh weather, their jobs become even riskier.

Moreover, these workers face hazards like electric shock, burns, falling from heights, muscle and joint injuries due to repetitive motion.

Besides, they mostly work in confined spaces with less oxygen. It can ultimately result in unconsciousness, brain damage, and even death.

Bull Riding is America’s one of the most popular sports.

During bull riding, the athletes must stay on top of the bull and hold on to a rope tied on the bull’s foreleg with one hand for 8 seconds. Touching the bull and oneself is restricted, and the successful 8 second marks their score.

But, even these protective outfits can’t completely save them from the injuries that they can get from the wild and heavy bulls.

Anything you can do to damage the human body can occur during bull riding. Besides, almost each professional bull rider has encountered punctured lungs, broken ribs, broken jaws, fractured faces throughout their career.

And, for the worst scenario, one can lose life during this thrilling and deadly profession.

Similarly, they must work on tall heights, which risks them from falling.

Further, ironworkers have high chances of suffering from lung diseases and mesothelioma due to contact with toxic chemicals.

Read About 10 Best Beaches in the World

An offshore oil rigger extracts oil from the driller rig safely and monitors every rig operation and tool in the sea.

The most common dangers that they encounter include explosions, falls from rigs, heavy equipment falling from heights and injuring them, electric shocks, etc.

Moreover, examination of machines and great caution and focus is needed to prevent these dangers. Otherwise, they might meet a tragic death.

Bureau of Labor Statistics states 1,000 oil riggers suffered from severe injuries and 100 of them lost their lives.

There are many formerly war-torn regions completely covered in land mines. On that basis, land mine removers come to the rescue of innocent communities.

These brave workers use landmine detectors to trace the explosives and defuse or explode them when found.

Without a doubt, the land mine removers are surrounded by unforeseen death in the minefield.

Bounty hunters are the private agents who search and capture fugitives. While doing so, they might encounter armed fugitives who can do anything to escape from the law, including shooting and killing the bounty hunters.

Thus, the bounty hunters are likely to get physically injured and even killed. For that, bounty hunters must wear protective gear like a bulletproof vest and carry weapons.

Besides, they must follow the rules to avoid legal problems while doing their jobs.

Moreover, they must undergo extensive self-defense and armed training, including investigation and surveillance courses, to be experts at their work.

Snake milkers are the professionals who extract venoms from lethal snakes like cobras, vipers, etc. Later, these venoms are used to create snake antivenoms and drugs for heart attack and blood pressure.

Besides, the snake milkers must work very methodically and carefully using several tools to safely pick up, capture, and hold the snakes.

Every day, they milk around 50-100 snakes. Thousands of milkings are only sufficient to sell the venoms for laboratory use.

With the help of an assistant, the snake milkers get the snake to bite on a glass vial with rubber on top. Then, the fangs of the snake release the venoms on the glass vial.

Moreover, a single bite from these poisonous snakes can lead to death.

Miner is the fifth most dangerous job in the world.

So, miners daily inhale these toxic gases, which cause black lung disease “pneumoconiosis.”

Besides, they work under extreme temperatures and repeatedly use heavy machines. It causes fatigue and musculoskeletal disorders.

Further, miners also suffer from hearing disorders due to the daily use of noisy equipment.

Around 36 window cleaners are hired to clean the world’s tallest building, Burj Khalifa. It takes almost three months for them to clean the 24,348 windows of the 2,717 ft skyscraper.

These glass cleaners take the support of rope and their necessary cleaning tools to perform their work. The workers are likely to fall from great heights while performing their work.

And unpredictable weather, winds, rain, etc., can lead to more accidents and injuries to these workers.

The third most dangerous job in the world is bush pilots.

A bush pilot provides flight services to remote areas with rough landscapes and no runways like Alaska tundra, the African bush, etc.

The harsh weather like rain, snow, fog, thunder, etc., makes the bush pilots crash the planes in the wild mountains, tall bushes, or the rocky ground.

Till now, more than 25 Alaskan bush pilots have lost their lives due to bush plane crash.

The second most dangerous job in the world is a smokejumper.

Smokejumpers are the wildland firefighters. Their main task is to save the forests from dangerous wildfires.

They come on immediate rescue to put the fire out by jumping from helicopters and flying on a parachute. During the duty, they might injure themselves on a hard landing.

Moreover, the raging fire and smoke, huge falling trees including deadly wildlife show no mercy to the forest rescuers.

More than 30 smokejumpers have lost their lives till now.

The most dangerous job in the world to ever exist is war correspondent.

War correspondents are the journalists who provide photos, footage, and information on the events happening in the warfare area. They must get close enough to cover up the stories about the war.

Whereas several journalists assigned to this profession suffer and suicide from PTSD (Post-Traumatic Stress Disorder).

Read About 10 Most Dangerous Fishes in the World

TTop List
Can you guess who the most successful comedians in the world are? Have you ever wondered what is…
TTop List 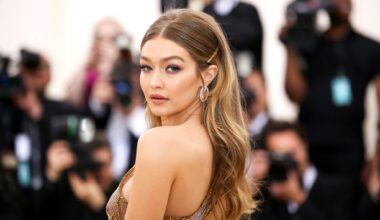 Read More
Best Female Outfits of Met Gala!! It is a well-established fact that female outfits are the main attraction…