One of the most prolific rappers in the current hip hop scene Jacques Bermon Webster II, aka Travis Scott, has a net worth of a staggering $60 million.

The rapper and record producer is also famous for his on-and-off relationship with the makeup mogul Kylie Jenner.

Travis became the first artist in the history of Hot 100 to have three songs debut at the number in less than a year.

Similarly, he has won Billboard Music Award, Latin Grammy Award, and has been nominated for eight Grammy Awards.

Apart from that, Travis has gained notoriety for a string of legal issues and controversies concerning safety at his live performances.

On 5th November 2021, Scott made headlines as ten people lost their lives and a couple of hundreds were injured in a crowd crush at his Astroworld Festival performance.

Furthermore, Scott is known as the highest-earning hip-hop artist in the world.

Let take a look at Travis Scott’s life in brief:

Travis Scott, an American rapper, singer, songwriter, and record producer, has a net worth of a whopping $60 million as of 2022.

Scott is one of the most popular and highest-paid rappers in the world.

He has been constantly listed as one of the highest-earning celebrities in the world by some of the notable sites on the web, including Forbes.

In a typical touring year, Scott can easily make $40-$60 million.

Similarly, he has featured with some of the high-profile musicians over the years. For a feature, the rapper charges around $250,000 on the low end regardless of his part.

Travis Scott has sold over 45 million records in the United States alone, which justifies his net worth.

He became the 15th highest-paid rapper on the planet between September 2017 and September 2018, with a total earning of $20 million.

However, because of the unfortunate incident that took place, his fans might have to wait a long time before they can attend the festival again.

In fact, Scott, along with other performers including Drake, Live Nation, NRG Stadium, and Apple Music, were hit with a staggering $2 billion lawsuit representing nearly 300 alleged victims.

Aside from his music and tours, Scott makes handsome money from his social media, online streaming, and brand endorsements.

Similarly, the rapper boasts about 15.6 million subscribers on his YouTube channel with over 6 billion total views.

According to Social Blade, the rapper bags around $3 million a year from YouTube alone.

Moreover, his Spotify profile has over 40 million monthly listeners with over five billion streams.

If we make rough calculations, Spotify pays an artist around $7,000 per million streams, and the rapper has 5 billion of those in total.

Furthermore, Scott has numerous brand deals under his belt, paying him tens of millions of dollars.

Scott has been associated with brands such as Nike and McDonald’s, most notably.

Let’s check out Travis Scott’s net worth in some of the major currencies around the world.

Travis has invested his fortune in some of the luxurious properties in different parts of the United States.

Similarly, he also owns a number of properties in the celebrity favorite Los Angeles.

He splashed over $23.5 million in June of 2020 for a mansion in the hills of Brentwood neighborhood of Los Angeles.

At the time, he still co-owned a mansion worth $13.5 near Beverly Hills with his on-and-off girlfriend, Kylie Jenner.

Aside from that, recently, the rapper paid a cool $6 million for a mansion next door to his Brentwood mansion in 2021.

The rapper and singer Travis Scott has quite a taste in automobiles. Maintaining the stereotype, Travis owns some of the luxurious rides the world has to offer.

The rapper seems to be quite a fan of Italian cars and owns a handful of them.

Similarly, some of his most prized possession include his Mercedes Maybach G650 Landlaut Custom worth $2.6 million, Ferrari Laferrari Aperta worth $3 million, and Bugatti Chiron worth a massive $3.5 million.

He has tons of jewelry and watches in his collection worth more than a million dollars.

His ASTROWORLD chain alone cost the rapper a whopping $450,000.

Similarly, he has a Flameboy chain designed by Elliot Eliantte worth $500,000.

Aside from these two, the rapper has several other pendants, chokers, and Cuban link chains worth millions.

Similarly, he loves sporting timepieces from brands such as Rolex, Audemars Piguet, and Richard Mille.

Read about ASAP Rocky’s Net Worth

Travis Scott lives an extravagant lifestyle that one could only dream about.

If you are somebody who thinks money does not give you happiness, then you should definitely check out Travis Scott’s lifestyle.

He loves flexing his cars, jewelry, and multi-million dollar watches. And let’s not forget about his sneakers collection.

Similarly, he travels in style in his new private jet. In fact, he splashed over $30,000 to custom paint letter ASTROWORLD on his jet.

As for his personal life, Scott began dating the entrepreneur and reality TV star Kylie Jenner in April 2017.

Together they have a daughter, Stormi Webster.

The rapper never misses a chance to lavish his daughter. For Stormi’s first birthday, “Goosebump” singer splashed a cool $100,000.

It’s like the rapper has a dual personality. He is extravagant with his lifestyle and generous at the same time.

Just to begin with, he donated 50,000 hot meals to the residents of his native Houston struggling with Texas Freeze in February of 2021.

Similarly, the “Antidote” singer initiated HBCU Waymon Webster Scholarship with the aim to provide tuition fees for students during the COVID pandemic.

Likewise, he donated $500,000 to nonprofit Dream Corps after performing at the 2019 Super Bowl.

As mentioned before, Scott has been associated with several top-tier brands over the course of his career.

He began his official partnership with Nike in 2017 when he starred in the brand’s campaign for the VaporMax sneakers.

He released his first pair of Nike sneakers, an Air Force 1, in December 2017, followed by Travis Scott x Air Jordan 4 “Cactus Jack” released in June of 2018.

Likewise, he also partnered with fashion brand Helmut Lang in early 2017 to release a capsule collection inspired by his Texan roots.

Scott earned around $20 million between 2017 and 2018 between record sales, touring, and Nike endorsement deals.

Similarly, “Sicko World” singer inked an endorsement deal with McDonald’s in 2020 worth a massive $20 million.

Born in Houston, Texas, Scott lived with his grandmother in a high crime area of South Park, Houston, until age six.

Afterward, he moved to his parents in Missouri City, Houston.

He attended Elkins High School and, after graduation, enrolled at the University of Texas-San Antonio.

He eventually dropped out of college in his sophomore year to embark on his music career.

Travis formed a duo, The Graduates, and released untitled first EP on Myspace in 2008.

Similarly, he formed another music duo in 2009 named The Classmates.

He then moved to New York, and after a brief stay in the city, he moved to the City of Angeles, Los Angeles.

He was so passionate about making music that he slept on a friend’s couch but continued making and producing music.

Travis released his first solo full-length project in May 2013 on the iTunes store named ‘Owl Pharaoh’.

Why do people love Travis Scott so much?

People love Scott because he has his unique sound. Plus, his music feels like a supernatural experience.

Astroworld, an annual music festival, is run by American rapper Travis Scott. The festival is held in Houston, Texas.

NNet Worth
Professional National football league player Jalen Ramsey has a total net worth of $50 million. He was born…
NNet Worth 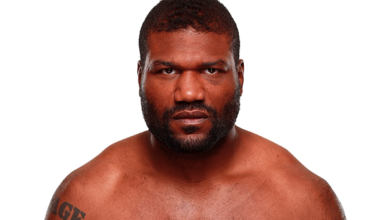