One of the hottest singers and guitar players who is known for his romantic involvement with famous female figures in addition to his soothing voice John Mayer’s net worth is a staggering $70 million.

Mr. Mayer is a famous singer-songwriter in contemporary pop culture, and even if you don’t know him by his name, you probably know him by one of his famous songs, including “Gravity” or “Your Body is a Wonderland.”

Although his current persona may not seem disputable, he has been entangled in a series of controversies throughout his career.

Moving on, the watch aficionado John Mayer’s collection includes some of the most expensive timepieces from well-recognized brands, which reportedly is worth tens of millions of dollars.

Did you know John Mayer has spent nearly 25% of his entire net worth on expensive timepieces?

Moreover, having gained success at a very young age, Mayer’s lifestyle is somewhat of an inspiration to many youngsters who want to pursue music as a profession.

Singer-songwriter John Mayer’s net worth as of August 2022 is a whopping $70 million. Here are some quick and interesting facts about the singer.

An American singer, songwriter, and guitarist John Mayer’s net worth as of August 2022 is a whopping $70 million.

Since starting his music career in 1998, John Mayer has established himself as one of the finest and most successful singers and guitarists in the world.

Mr. Mayer had sold over 20 million albums worldwide by 2014.

His 2017 tour Search for Everything grossed over $50 million at the box office.

He reportedly earns around $200,000 to $300,000 per live performance, which seems justifiable given the stature of the musician.

Despite the fact that he makes most of his dollar bills from music, his good looks is certainly a plus point because it draws him passive income from brand endorsements.

The album has been certified five-times platinum by RIAA.

Similarly, his three-times platinum album Heavier Things, released in 2003, made over $3 million.

So looking at the album sales and money it has generated, it’s quite clear that music sales earn only a pocket change while the concert tours draw the most money for the singer.

Aside from all these, John Mayer earns pretty decent from his social media and music streaming.

His YouTube channel has over 2.3 million subscribers with more than 1.1 billion views.

The platform generates annual revenue of around $600,000 from advertisements.

Similarly, his Instagram, which has over 5 million followers, and Spotify, with over 14 million monthly listeners, generate an additional few million in annual revenue for the singer.

Net Worth of John Mayer in Different Currencies

John Mayer’s net worth as of August 2022 is $70 million. Let’s check it out in different currencies, including the cryptocurrency Bitcoin.

The “Gravity” singer John Mayer has invested some of his fortunes in lavish bachelor pads in different parts of the United States.

In 2005, he purchased a 2,000-square feet penthouse apartment in the SoHo neighborhood of New York City for $2.17 million.

Similarly, in 2018 John purchased a sprawling mansion in Beverly Hills, Los Angeles, for a staggering $13.5 million from none other than Adam Levine.

The mansion sits on 3.6-acre land and features 7,100 square feet of living space and its own gym.

Aside from these, John reportedly owns a ranch in Montana and another LA house, which he sold before moving to Montana.

In November 2017, his LA house was burglarized, and $200,000 worth of musical equipment and some of expensive watches were stolen.

John Mayer is quite an underrated car enthusiast and has some of the most iconic vehicles ever produced.

Aside from pick trucks and SUVs, Mayer owns a few supercars, including an orange and baby blue multicolored Ford GT, a black Ferrari 599 GTB, and a silver Audi R8.

When all is said and done, Mr. Mayer’s car collection is worth at least $1 million.

If John Mayer is known for anything else than his soothing music and love affairs with beautiful female celebrities, then it has to be his love for expensive timepieces.

Calling him an avid watch lover might be an understatement because he is so much more than that.

He actually writes a column for the horology website Hodinkee. I am no expert, but that means he knows a thing or two about horology.

Some of the most expensive timepieces in his collection include a Rolex GMT Master 116710 BLNR, Patek Philippe with a Sky Moon Tourbillion, and his signature watch, an IWC Big Pilot Ref 5002.

According to Mayer himself, collecting watches is his favorite pastime, and it keeps him “sane.”

He has also stated that his collection is worth tens of millions of dollars.

John Mayer is living his best life with tens of millions of dollars worth of fortune, luxurious mansions, supercars for a comfortable commute, and a constant flow of money.

He is enjoying his single life without the responsibility of wife and children.

However, he has been linked to some of the most beautiful women in showbiz over the years.

In my opinion, Mayer is a complete package for women; with no disrespect to women, he is charming and sophisticated, sings his heart out, plays fabulous guitar, and has a boat load of money.

He is every women’s dream guy!

Moving on, John Mayer is a watch collector, as mentioned before, but his passion has landed him in controversies too.

In 2014, Mayer became skeptical that eleven of the watches in his collection contained counterfeit parts.

He had purchased all these watches for more than $5 million.

The skepticism persuaded him to sue Robert Maron, his watch dealer.

Despite the fact that he was all set to sue the dealer for $656,000 in damages, he later dropped the allegations as he realized he was mistaken.

He even apologized to the dealer later.

Furthermore, as an astonishing guitar player, Mayer owns over 200 guitars in his collection, with some costing hundreds of thousands of dollars.

Singer John Mayer has been involved in numerous charitable organizations and also runs his own nonprofits to benefit underprivileged youths and children.

He created the Back to You Fund in 2002, which focuses on fundraising in the areas of education, health care, and talent, and arts development.

The organization frequently auctions expensive John Mayer items, including T-shirts, picks, and music CDs which have reportedly sold for more than 17 times their face value on some occasions.

Similarly, he has played for several benefit concerts, including in Las Vegas, where he helped raise $750,000 for Tiger Woods Foundation in 2011.

Read About Scooter Braun’s Net Worth: Career, Other Pursuits & Lifestyle

Since John Mayer is one of the greatest guitarists of the modern generation, he has helped music equipment brands and companies to sell their products with his engagement.

Over the years, he has represented music brands such as Martin Guitars, Two Rocks, Fender Custom Shop, and PRS Guitars.

John Mayer was born in Bridgeport, Connecticut, and raised in Fairfield along with his two siblings.

He became obsessed with electric guitars after watching Michael J. Fox playing one in Back to the Future.

Soon after, he began taking lessons at a nearby guitar store.

Since his parents had a turbulent marriage, he found guitars as a means of escape.

He was so much into playing guitar that his parents actually had to take him to see a psychiatrist.

Fast forward a few years, he released his debut album, Room of Squares, in 2001, which became a smash hit, earning him a Grammy Award for Best Male Pop Vocal Performance for “Your Body is a Wonderland.”

He released his second album Heavier Things, in 2003.

And with a series of hit albums and tens of millions of album sales worldwide, Mayer is certainly a music icon of his generation.

Even though they sound like an unlikely duo because of their different background and profession, they’ve been close friends ever since John made a guest appearance on Chappelle’s Show in 2004.

20 Most Popular Celebrities in the World

NNet Worth
An American television and radio personality, Howard Stern’s net worth is a staggering $650 million as per .…
NNet Worth 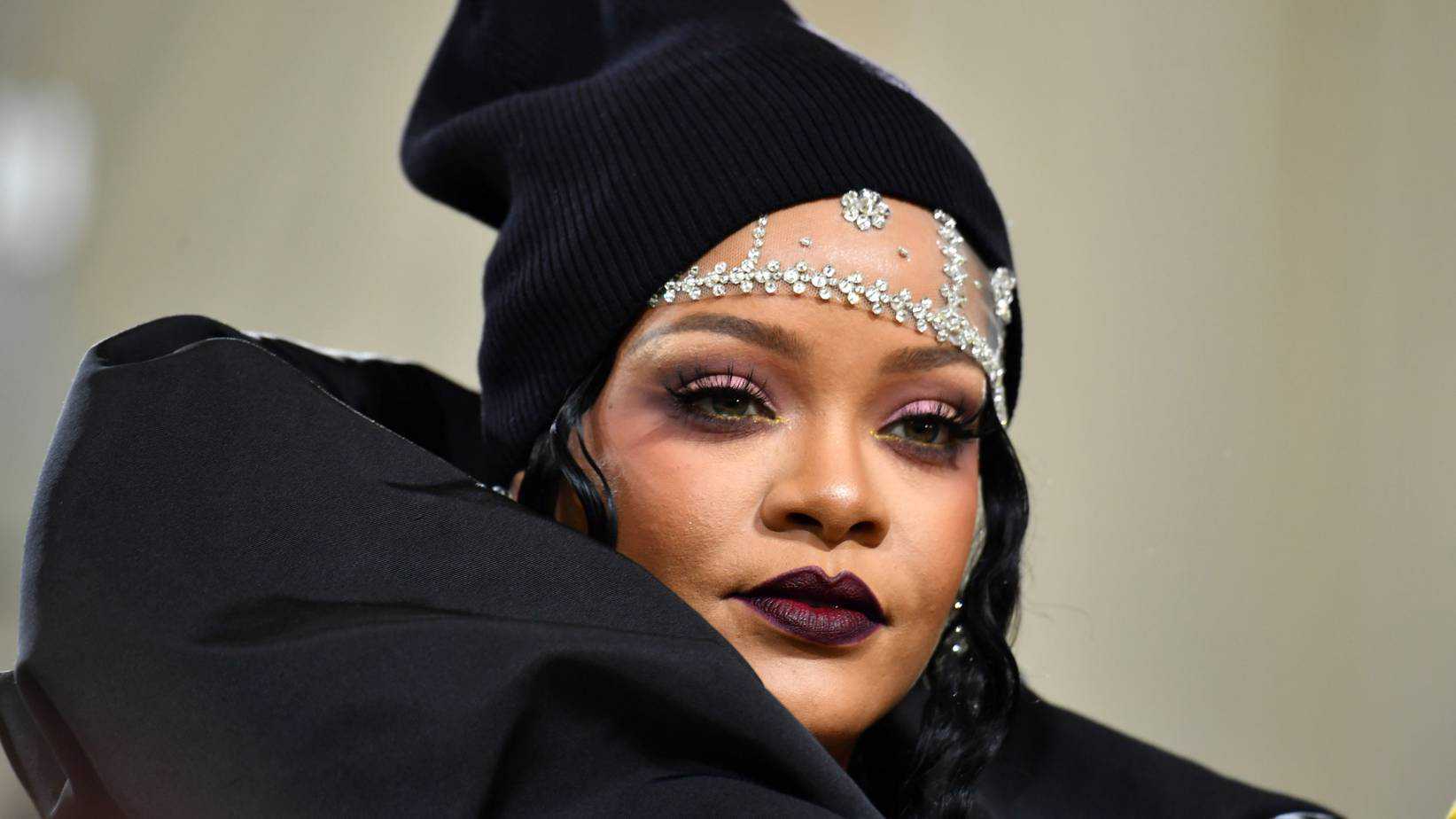 Read More
Robyn Rihanna Fenty, aka Rihanna, has a gigantic net worth of $1.7 billion as a singer, songwriter, fashion…