An American record executive, talent manager, and entrepreneur Scott Samuel “Scooter” Braun, best known in the business as Scooter Braun’s net worth is a whopping $400 million.

He is known as the guy who discovered Justin Bieber on YouTube in 2006 when the musician was just 12 years old.

Scooter is one of the most successful record executives in the game, responsible for the career of several artists, including Ariana Grande and Demi Lovato, among others.

In addition to being the manager of several elite singers and musicians, Scooter is also a successful entrepreneur with a number of record labels and companies to his name.

Moreover, he owns the music catalogs of some well-known singers and musicians in the business.

How well do you know Scooter? Treat yourself with quick facts below before hopping to the details:

An American record executive, talent manager, and philanthropist Scooter Braun’s net worth as of October 2022 is a staggering $400 million.

As sly as a fox, Scooter Braun has amassed himself an enormous fortune through a number of business endeavors in several fields, primarily in music.

Scooter has launched an empire that includes song catalog investments, artist management, and many more.

Though it’s been nearly two decades since he discovered Justin Bieber on the internet, he is still known for it and how he helped squeeze the pop star out of him.

In 2010, with $120 million in venture funds raised from elite companies, including Uber and Spotify, Braun launched a holding company called Ithaca Holding LLC.

The company owns ventures across multiple industries, including television, film, and technology.

After a few years, in 2017, a private equity firm named Carlyle Group bought a minority stake in the company.

However, in 2019, the company received another round of investment from Carlyle Group, after which its valuation reached a staggering $800 million.

Braun held his majority stake in the company up until 2021, when it was acquired by South Korean conglomerate HYBE for $1 billion.

Though Braun’s cut from the deal has not been revealed, we are pretty sure he earned handsomely.

As part of the sale, Braun would become Hybe America’s CEO and join Hybe’s board of directors.

On June 30, 2019, Scooter Braun acquired Big Machine Records for $300 million, which was backed by his Ithaca investor Carlyle.

This acquisition made Braun, the owner of Swift’s first six albums as well as a roster of several artists, including Thomas Rhett, Lady Antebellum, and Sheryl Crow.

The deal did not make Swift happy, and she announced her intention to re-record the master,s which would eventually reduce the value of the original masters.

As clever as he is, Scooter sold Taylor Swift’s music catalog to Shamrock Capital, founded by Roy E. Disney, one of Walt Disney’s nephews.

The exact figure of the deal is still not known, but according to some speculations, it was as much as $450 million.

Net Worth of Scooter Braun in Different Currencies

Record Executive Scooter Braun’s net worth as of October 2022 is a staggering $400 million. Let’s see how it looks in some of the major currencies globally, including crypto Bitcoin.

With his vast wealth and an unlimited supply of money, Scooter has been able to splash some of his wealth in opulent mansions across the country.

In November 2014, Braun and his then-wife paid $13.1 million for a mansion in Brentwood, California.

The then couple splashed another $18 million for a house next door in an off-market transaction.

It was actor John Travolta and his wife who sold them the house.

Similarly, in 2011 Scooter purchased a house for $5.7 million in Los Angeles.

The same year the couple paid $10.9 million for a home in Montecito, California, and sold it in 2021 for a staggering $28 million.

After filing for a divorce from his wife, Scooter purchased a mega mansion in Brentwood, California, for an eye-watering $65 million in September 2021.

Moreover, in 2020 Scooter had purchased a waterfront mansion in Austin, Texas, for an undisclosed amount which he sold in February 2022 for $18 million.

Music mogul Scooter Braun’s net worth as of October 2022 is an enormous $400 million.

Music mogul Scooter Braun owns several rides that he does not like to talk about.

In his collection, he has a Cadillac Escalade and a Mercedes CLK 320.

Not much of a flashy guy, Scooter is private about his stuff.

But we can assure you that he leads a lavish lifestyle. He has a shipload of money and a business that flows greens continuously to his bank account. What more do you want in life.

Braun started seeing Yael Cohen in 2013 and tied the knot on July 6, 2014, in Whistler, British Colombia, at Yael’s parent’s house.

In 2015, they welcomed their first child.

The following year they had another child and welcomed their third one and first daughter in 2018.

However, things did not work out between the two, and Braun filed for divorce in July 2021.

Furthermore, given his profession in the music industry, Braun has been honored with several accolades over the years.

Braun was included in Time’s list of Most Influential People in the World in 2013.

The same year he appeared on the cover of Billboard for the second time.

In 2016, he was nominated for a Grammy Award for Album of the Year for Purpose.

In addition to that, Variety named Braun “Music Mogul of the Year” in 2021.

Scooter Braun has been generous to the needy and underprivileged people and often donates his time and money to nonprofit works and fundraisers.

He supports various charities, including his own Braun Family Foundation.

According to Billboard, Scooter Braun, along with his clients and companies, has granted more wishes to Make-A-Wish Foundation than any other institution in the history of the foundation.

Similarly, Scooter coordinated with Justin and Ariana for a single Stuck With U to raise money to diminish the COVID-19 pandemic.

The total proceeds amounted to $5 million, which went to First Responders Children’s Foundation to fund 108 funerals for responders who died in the line of duty, 283 college scholarships, and 1,965 individual hardship grants.

In addition to the above-mentioned companies and businesses, Scooter is the co-founder of TQ Ventures, RBMG Records, Mythos Studios, and co-owner of esports team 100 Thieves and SB Projects.

In 2014, Scooter, along with Dutch DJ Tiesto, invested in Splice, a music platform in a Series A venture round.

Similarly, in 2017, Scooter established SB Projects which is an entertainment and marketing company.

Similarly, the company was also responsible for brokering the partnership between footwear brand Adidas and rapper Kanye West.

The documentary grossed a whopping $100 million worldwide on a budget of $13 million.

He was hired to plan after-parties on the Anger Management Tour featuring Eminem and Ludacris in 2002.

Braun quit the position of executive director for marketing at So So Def to start his own marketing business.

He started off by brokering a $12 million campaign deal between American automobile brand Pontiac and Ludacris.

Braun discovered Justin Bieber in 2006 after seeing him perform a NE-Yo cover song on YouTube.

He soon reached Justin’s mother in Canada and convinced her to visit him in Atlanta, Georgia, for a trial.

After trial and a few more weeks of working together, Braun eventually convinced Justin and his mother to move to the States.

Scooter Braun’s net worth as of October 2022 is a staggering $400 million.

Why did Scooter Braun get a divorce?

Scooter Braun filed for a divorce from his wife, citing “irreconcilable differences.”

Scooter had Kanye West as a client at one time, who famously tweeted, “I no longer have a manager.”

NNet Worth
The American mixed martial artist fighter Max Holloway, a former UFC featherweight champion, has a staggering net worth…
NNet Worth 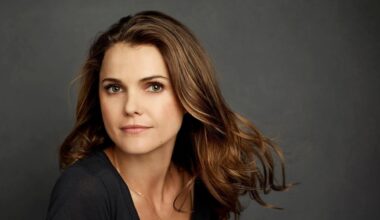 Read More
An American actress, dancer, and model Keri Russell’s net worth is a whopping $12 million. Russell is best…