On the first Monday of May each year, the biggest night of fashion takes place.

With each year, the outlook of the event gets bolder and bigger, and this year’s Met Ball is no exception.

Celebrities get the chance to go all out in style during the Met Gala each year.

And for this list, we will be taking a look at some of the Best Met Gala Looks of All Time.

Here’s a quick look at some of the Best Met Gala Looks of All  Time.

The gold dress had subtle cross details on it, sticking to the theme of that year’s met ball.

However, Kim’s get-up almost gave off a 90s supermodel vibes with her pulled-back ponytail.

It was further complemented by a gold-plated body chain.

She attended the event with the man Calvin Klein himself, but she took all the attention to herself in the gorgeous outfit that she had adorned.

Her stunning yet simple dress was complemented with a heavy diamond-studded choker.

This navy dress with lace trims is often considered a key piece in fashion history.

Theme: “China: Through a Looking Glass”

J Lo flaunted her bodacious curves at the 2015 Met Gala in a stunning Versace dress.

For her hair, however, she kept it simple strands with fiery eye shadows.

As always, Beyoncé appeared clad in a Givenchy Dress.

This time it was a sheer black beaded frock with a see-through frock that showed off her famous curves.

At the 2019 Met Gala, the Jenner Duos were one of the most buzz-worthy duos.

Sporting brightly colored feather gowns to the event, the sisters made quite the dramatic entrance.

Their feathered and crystal-embellished outfits almost gave out Cinderella and her Evil Sister vibes.

Theme: “China: Through a Looking Glass”

Anne Hathaway came dressed as a golden angel to the 2015 iteration of the Met Ball.

Similarly, the metallic dress boasted a hood as well, which radiated some major Star Wars vibes.

Katy Perry literally stole the wings of an Angel for the 2018 event.

Her thigh-high gold boots and shiny golden dress gave off all the angelic and celestial vibes.

Katy even got into character when she took a moment to get into a prayer pose at the steps of the Met Gala.

Theme: ” China Through a Looking Glass”

At the 2015 Met Gala, Kim Kardashian sported a slick white-feathered Cavalli gown which almost caused traffic on the steps.

The sparkling gown was complemented by Kim’s slick pony, minimal jewelry, and of course, Kanye West on the side.

One of the all-time great fashion icons, Cher was and is still known for her bold and courageous takes on the world of fashion.

She attended the 1985 Met Gala with designer Bob Mackie.

Cher showed skin in a bedazzled black unitard along with the 80s lavender smokey eyes.

Theme: “Manus X Machina: Fashion in an Age of Technology”

Nicole Kidman wore Alexander McQueen to the red carpet of the 2016 Met Gala, looking like an absolute Queen herself.

The actress wore an ethereal crown with jewels and a braided updo.

Similarly, her embellished cape was also fascinated with beaded moons and stars.

Theme: “Manus X Machina: Fashion In An Age of Technology”

For her Monday night at the Gala in 2016, Emma wore an amazing black gown that was literally made out of trash.

The fabrics used for the gown were all woven from recycled plastics by Calvin Klein.

Pants, Trains, a white top with minimalistic jewelry, and of course, her gorgeous appearance turned many heads at the Met.

Blake Lively literally took a bus to the Gala when she turned heads in her Burberry dress with a Watteau train.

The gold threads stitched into the designs greatly accompanied the overall mermaid-like look.

Her brimming grandeur was complimented by a towering gold headdress.

Further, she paired the strapless dress with a harsh red lipstick which only intensified her overall look.

One of the major head turners of the 2021 iteration of the Met Ball has to be Billie Eilish.

She brought Marilyn Monroe vibes to the event, looking like an all-out princess.

Kendall Jenner channeled out her inner Audrey Hepburn at the 2021 Met Ball.

Looking stunning in a sparkling Givenchy gown, Jenner turned almost every head at the event.

The gown was further bedazzled with numerous sparkling jewels all over the chiffon.

Theme:  “Manus X Machina: Fashion in an Age of Technology”

Zoe Saldana literally flocked her way to the 2016 event.

However, it was the camera flashes that made the feathery designs even more noticeable.

The highlighted and lightly bronzed model stepped out to the Gala in an all-black ensemble.

Her subtle cat eye, golden pink lipstick, and golden cross all rounded off her look.

Theme: “China: Through the Looking Glass”

Only those with Rihanna‘s unique style sense and passion for cultural significance were able to take off in their incredible dresses without hesitation in all layers of fabric and fur.

The gown, with its massive train, dazzled the crowds and fellow celebs.

The canary yellow and fur-trimmed design featured a cape with waves of embroidered florals indigenous to ancient Chinese culture and fabrics.

Tessa Thompson had perhaps one of the most awe-inspiring looks of Met Gala 2021.

The actress wore her ‘Syntopia’ dress beautifully accustomed with her crimson eyes and jet black talons.

And to top it off, a sculptural cowboy hat crafted from braids followed by an updo in the shape of a horseshoe.

Her Dior dress was an all-beige, strapless, beaded, floor-length dress paired with matching gloves and a skinny satin belt.

Also, Read About The 17 Best Met Gala Dress Ever

TTop List
Are you looking for a perfect engagement ring? Are you curious about the Most Expensive Engagement Ring of…
TTop List 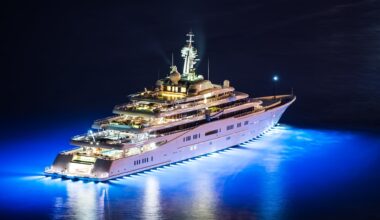 Read More
Cruising on the world’s most exquisite yachts, enjoying their unparalleled affluence, and toasting the bubbly champagne while feeling…