Who are the 15 richest families in the world?

Wealth is not only limited to some of the richest individuals like Elon Musk and Jeff Bezos. But, in reality, there are families who boast outrageous amounts of wealth through their generational legacy.

These wealthiest families control every largest industry and brand in the world, ranging from banks to what you eat, drink, watch, read, and wear.

On the top spot of the list, we have a family who is believed to be secretly controlling the world we live in.

So, without further ado, let’s take a quick tour inside the lives of such 15 richest families on the planet.

Richest Families in the World

The details and information have been compiled from reliable sites on the web including Bloomberg and Celebrity Net Worth.

Roche family is the 15th richest family in the world.

Roche is the world’s largest biotech and pharmaceutical company.

Besides, the pioneer of the company is a Swiss businessman Fritz Hoffmann- La Roche. Hoffmann founded the company in 1896 in Basel, Switzerland.

Moreover, Roche has its research development and production area spread in more than 100 countries.

Similarly, Roche produces medicines against cancer, diabetes, and virus. In addition, it also manufactures all of the medical testing machines.

During the pandemic, Roche delivered more than 400k COVID test kits every week to the US. Thus, the company gained profits of $60 billion in 2020.

As of now, the fifth generation descendants of Hoffmann enjoy a total net worth of around $47.3 billion.

Lauder family is the 14th richest family in the world.

Since 1946, Esteé Lauder and her husband Joseph Lauder have thrived to create the world’s leading cosmetic company, Esteé Lauder.

The company is located in New York. Its production branches are in China, Belgium, and the UK. As of now, the company sells its prestigious skincare, makeup, haircare, fragrance products in more than 150 countries.

Further, the six Lauder family members enjoy 40% of the fortunes from their family business. As of August 2022, the Lauder family’s net worth is a staggering $49.3 billion.

Albrecht family is the 13th richest family in the world.

In 1946, the Albrecht brothers started their retail business venture “Aldi” in Essen, Germany. Later, they developed it into the world’s leading discount retail company.

Besides, both branches Nord and Sued runs 11,000 stores in more than 19 countries. Aldi has an annual earning of $121.1 billion.

Moreover, Theo’s family owns a popular grocery store, “Trader’s Joe’s” which has 530 stores across the US. Its annual revenue is around $16.5 billion.

Today, Albrecht’s family heirs enjoy a net worth of $51 billion.

In 1865, William Wallace Cargill started a grain storage business in his hometown Iowa.

After the death of Mr. Cargill, his son-in-law, John H-MacMillan Sr., flourished the Cargill company into one of the world’s leading private commodity companies. Cargill Inc. is located in Minnesota.

Cargill’s annual revenue rose up to $134 billion this year.

Moreover, the fifth generations of Cargill and MacMillan own 90% of the company.

As of August 2022, the Cargill-MacMillan family’s net worth is a staggering $51.6 billion making them the 12th richest family in the world.

Cargill Inc. exports 25% of grains, 22% of domestic meat products, and produces Alberger process salt in the US.

In 1888, Albert Boehringer opened a small tartar factory in Ingelheim am Rhein, Germany. The factory produced tartaric and lactic acids for the food industry.

Later, Boehringer transformed it into a  drug company, “Boehringer Ingelheim.”

After the death of Boehringer in 1939, his great-grandson Hubertus von Baumbach took care of the company.

Today, it is the 2nd largest pharmaceutical company in Germany and stands among the top 20 globally.

It has 145 affiliate companies worldwide. The annual revenue of the company is €19.6 billion.

As of August 2022, the Boehringer and Von Baumbach heirs enjoy a combined net worth of $59.2 billion.

Jardiance is the best selling drug of the company. This Type 2 Diabetes drug generated $2.9 billion in 2020.

Today, it is the world’s leading news and financial market information providing agency located in Ontario.

The company provides technical and media expertise in law, tax, compliance, and governance to the business professionals worldwide.

Similarly, Thomson is the chairman of his family investment company Woodbridge.

Further, the Thomson family enjoys a net worth of $61.1 billion.

The company manages more than $4.2 trillion in assets.

After the death of Coco, her business partner, Pierre Wertheimer, owned the company.

Today, the 3rd generation of the Wertheimer family runs the company. Pierre’s grandsons, Alan and Gerard, have been looking after the House of Chanel for 43 years.

As of August 2022, Chanel’s estimated net worth is a staggering $15 billion.

Moreover, the Wertheimer brothers own a Thoroughbred horse breeding and racing business in France.

Thus, the Wertheimer family is enjoying an estimated net worth of $61.8 billion as of August 2022.

Besides, he is the world’s 10th richest man.

In 1966, his late father, Dhirubhai Ambani, founded the company as a textile industry in Mumbai, Maharashtra, India.

Reliance is responsible for 8% exports of India’s total goods in more than 100 countries.

Moreover, the Ambani family is the 7th richest family in the world. They enjoy a net worth of a whopping $93.7 billion.

There is no royal family more wealthy than the Royal family of Saudi Arabia.

With an estimated net worth of $100 billion, the Al Saud family is the sixth richest family in the world.

Whereas 15,000 members of the royal family share lavish fortunes.

Besides, the family bags huge assets from the state’s wide fossil fuel reserves. Moreover, they own the world’s second-largest crude oil, petroleum, and natural gas company, Saudi Aramco. It has a yearly revenue of $230 billion.

Berkin handbags are the signature products of Hermès. It is the symbol of wealth and prestige.

Thus, with an estimated net worth of $111.6 billion, the Dumas family is the fifth richest family in the world.

Mars family is the fourth richest family in the world.

In 1911, Franklin Clarence Mars founded Mars Inc. in Washington. It is now one of the largest confectionery companies in the world, headquartered in Virginia.

Moreover, Mars is the leading producer of pet food from its brands Pedigree ( dog food) and Whiskas (cat food). In addition, the company also sells its global bestseller juicy chewing gums from Wrigley.

Further, the family owns a veterinary hospital, VAC operating across the US and Canada.

Mars is the producer of the popular chocolate brands: Snickers, Bounty, Milky Way Bar, and M&Ms.

Besides, Mars Inc. makes an annual turnover of around $37 billion.

As of August 2022, the third generation of the Mars family has been enjoying a fortune of $141.9 billion.

Koch family is the third richest family in the world.

After the death of Koch, his second son, Charles Koch, owned the company.

Moreover, the international company brings an annual revenue of $110 billion.

As of August 2022, the third generation of the Koch family has a gigantic fortune of $124.4 billion.

Walton family is the second richest family in the world.

Sam Walton founded the world’s largest retail corporation, Walmart, in 1962. Its headquarter is in Bentonville, US.

In addition, the Walton family owns India’s leading e-commerce company, Flipkart. It has a revenue of a staggering $6.1 billion.

Moreover, Walton heirs own 51% of the family business. And the rest is publicly owned.

The richest family to ever exist is the Rothschild family.

The historical origin of Rothschild dates back to the 1760s when a Jewish banker Mayer Amschel Rothschild started his banking business.

Since then, the Rothschild major wealth influence has been banking sectors. After the death of Mayer, his five sons operated their own finance houses in London, Paris, Frankfurt, Vienna & Naples.

Moreover, Rothschild owns around 50 estates in the US, Germany, and France.

In addition, Historians say that the Rothschilds financially served the British government. And they control the World Bank. Besides, they also decide the cost of the central backbone of the economy, Gold.

Similarly, there are a lot of hidden conspiracies behind the massive wealth of Rothschild.

As of August 2022, the Rothschild family enjoys an enormous fortune of $400 billion. 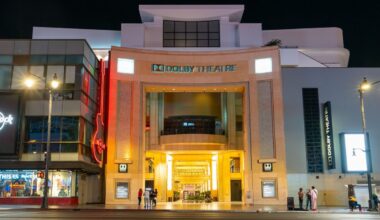 Read More
Do you have any idea about Oscar’s new category? Despite the controversy whirling around the Oscars, from award…
TTop List
Do you ever think about politics, politicians, and how they are responsible for running their countries? Do you…