Home 10 Most Expensive Metals in the World
TTop List

10 Most Expensive Metals in the World

Which are the ten most expensive metals in the world? And why are these metals so precious and valuable?

Is Gold one of these extravagant metals? Well, metals are used in various sectors, mainly in chemical and industrial fields, and simply because of their rarity, they are way overpriced.

Especially, Africa and China are the major producers of the world’s most precious metals.

So, read more to feed your curiosity.

The information has been compiled through reliable sites on the web including Gold Investments, and Mining Technology.

Probably the most common meal on earth, Silver has a price tag of $0/80 per gram.

Besides, silver is the highest electrical, thermal conductor and reflector than the rest of the metals found on earth.

In addition, Silver is highly ductile in nature with a lower covalent bond.

Whereas most of the silvers are extracted as a by-product of gold, lead, copper, and zinc refining.

Also, silver can be easily found in its pure elemental form in the earth’s crust as an alloy with gold, and other precious minerals, metals.

Especially, everyone uses silver as a bullion coin and for the manufacturing of solar panels, jewelry, utensils, medical instruments, etc.

Indium is a silvery-white chemical element and a post-transition metal that creates 0.21 parts per million of Earth’s crust.

Similarly, the symbol of Indium is In, and it falls under the atomic number 49.

At first, two genius German chemists, Ferdinand Reich and Hieronymous Theodor Ritcher, discovered Indium in 1836 through the use of an optical spectrometer.

Later, they named the chemical component Indium due to the appearance of an indigo blue line in its spectrum.

Also, Indium is the softest metal on earth which is not an alkali metal.

Whereas, Indium dissolves more easily than other metals in liquid mercury and plays a huge role as a reducing agent during the oxidization process.

Thus, a pure Indium costs around $1- $5 per gram, making it the world’s tenth most expensive metal.

Iridium is the eighth-most expensive metal in the world, worth $18.34/gram.

Besides, the second-densest metal on earth appears brittle with a silvery-white tint.

Especially found abundantly in meteorites than at the earth’s crust, iridium is the most corrosion-resistant metal.

At a normal room temperature, iridium forms iridium disulfide when reacted with sulfur.

Whereas neither acids nor aqua regia can harm iridium.

Similarly, Tennant named the precious metal after the Greek goddess Iris as its striking salt resembled the colors of the rainbow.

It can be obtained as a by-product from nickel refining.

Moreover, South Africa is the largest producer of the metal, trading it to several countries for creating watches, compasses, and varieties of automobiles.

On the seventh rank of the ten most expensive metals in the world is Osmium, with a price tag of $31.1 per gram.

Especially, osmium can be found in a crystal form and gives a strong scent of osmium tetroxide.

Though osmium shows less reaction and toxicity than other metals, it is a great oxidizer.

Besides, the earth only preserves about 0.6 parts per billion of osmium, mainly obtained as a by-product through nickel refining.

In addition, osmium is twice denser than Lead.

On the sixth rank of 10 most expensive metals in the world is Rhenium, with a price of $41.47 per gram.

Besides, the rarest chemical metal in the earth’s crust, rhenium’s symbol is Re, and atomic number is 75.

Similarly, the metal appears silvery gray, heavy with the third-highest boiling and melting point than the other stable elements at 5869K.

Whereas, when heated, Rhenium can be turned into a coil form. 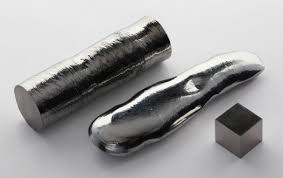 Also, rhenium was the last stable element to be discovered after hafnium.

In addition, the scientists named rhenium after the Rhine river in Europe.

Moreover, one can obtain Rhenium as a by-product of molybdenum processing.

Gold is the world’s fifth most expensive metal, worth $57.45 per gram.

Also, the relatively rare metal in the earth shows the least reaction as a chemical element.

Egyptian goldsmiths smelted down the gold at around 3600 B.C.

Moreover, it can be obtained mostly in its pure elemental native form, like in nuggets or grains in rock and alluvial deposits.

Likewise, China is the top producer of gold, producing 440 tones of gold annually.

Especially, we use golds as fine jewelry, wedding rings, in arts, gold medals, awards, and as a status of wealth.

The fourth most expensive metal in the world is Palladium which costs about $84.81 per gram.

Palladium is one of the rarest platinum group metals with the symbol Pd and atomic number 46.

Also, the silvery-white lustrous metal is less dense and melts at a lesser temperature than any other platinum group metal.

An English chemist, William Hyde Wollaston, discovered Palladium in 1803 and named it after the asteroid Pallas.

Moreover, it can be obtained as a by-product of the mining of metals such as nickel.

South Africa and Russia are the top producers of palladium in the world.

The main use of palladium is in fuel cells, dentistry, electronics, hydrogen purification, groundwater treatment, and medicine.

Ruthenium is the world’s third most expensive metal, worth about $87.57 per gram.

Besides, ruthenium falls under the platinum group, and its symbol is Ru, and its atomic number is 44.

Especially, it can be obtained through platinum ores, mainly in North America, South America, and the Urals.

The silvery-white metallic element’s symbol is Sc, and the atomic number is 21. It is one of the expensive metals in the world, with a price tag of $270 per gram.

Similarly, it dissolves at a slower rate in the acids with a dilute concentration.

Also, scandium turnings also burn into a yellowish flame when in contact with air to create scandium oxide.

Whereas the name of the metal derives from the Latin word “Scandivania’.

In addition, the scarce element is found only on the deposits of rare earth and uranium compounds.

And, the world’s no.1 expensive metal is none other Rhodium, with a whopping price of $535.31 per gram.

One of the world’s extremely rare and valuable metals, rhodium is denoted by its chemical symbol Rh and atomic number 45.

William Hyde Wollaston discovered the precious metal in 1803 and named it rhodium due to the appearance of rose colors in one of its chlorine compounds.

Moreover, it can be obtained from nickel platinum ores along with other valuable platinum group metals.

Further, automobile industries use 80% of the rhodium as one of the three wet-catalyst converters in automobiles.

Read About 30 Most Expensive Paintings in the World

30 Most Expensive Paintings in the World in 2021 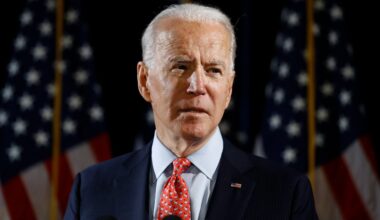 Read More
Most Popular Celebrities in the World!! How does one define being popular these days? It basically calls for…
TTop List 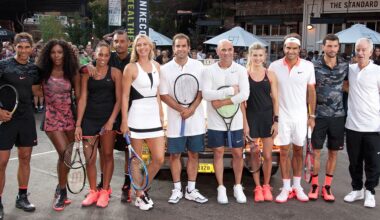 Read More
Who are the 25 richest tennis players in the world? Tennis is a super hype sport full of…