Drafted by Detroit Lions first overall in the 2009 NFL Draft, Matthew holds the record for the fastest NFL player to reach 40,000 passing yards.

He parted ways with the Lions after 12 successful seasons in 2021 and signed with the Los Angeles Rams, and has been playing with the team ever since.

As a matter of fact, he led the team to the Super Bowl LVI victory against Cincinnati Bengals in 2022.

In addition to his fastest passing yards record, he became the fourth quarterback in the history of the NFL to throw for over 5,000 yards in a single season.

As of February 2023 Matthew Stafford’s net worth is a staggering $80 million. Here are some quick facts to get started.

An American football quarterback, Matthew Stafford’s net worth as of February 2023 is an enormous $80 million.

His net worth is largely composed of NFL salaries, with a few million coming from brand endorsement deals.

Stafford is one of the highest-paid NFL players in the world currently, with more than $40 million in annual compensation.

With his massive annual salary, Stafford ranks sixth in the highest-paid NFL players list, tying the spot with Dak Prescott of the Dallas Cowboys.

Similarly, the quarterback has also been a frequent guest in Forbes’s list of highest-earning athletes over the years.

In 2022 alone, Matthew raked in $72.3 million from NFL salaries and endorsements, which was enough to make him the 13th highest-paid athlete globally.

Out of the total amount, he made $69.8 million on the field, and the remaining amount of $2.5 million came off the field.

He even surpassed fellow quarterback for Green Bay Packers, Aaron Rodgers, and golfer Tiger Woods among others, with astonishing earnings.

With $48,400,000 guaranteed on the sign and a total guarantee of the same amount, his average annual salary was $12 million as per the contract.

The extension also paid $27.5 million as a signing bonus to Matthew.

With each season, Matthew was making money hand over fist, but his big payday was yet to come.

In 2017, Stafford signed yet another extension with the team, only this time, his contract was worth a staggering $135 million, one of the highest-paid contracts at the time.

The five-year contract came with a whopping $50 million signing bonus, $60.5 million guaranteed at signing, and $92 million in total guaranteed.

Similarly, the contract paid him an average annual salary of $27 million.

In 2021, Matthew was traded to Los Angeles Rams with two seasons remaining in the ongoing five years contract.

Nevertheless, Stafford signed a four-year, $160 million contract with the Los Angeles Rams in March 2022, including a $60 million signing bonus and $130 million guaranteed.

Similarly, his average annual salary, according to the contract, is $40 million.

Likewise, the next year his base salary will remain the same with a cap hit of $20 million and a dead cap value of $49.5 million.

Nonetheless, if we were to add his ongoing contract with Los Angeles Rams, then by the end of his contract in 2026, he would have made a whopping $422,306,037 in career earnings.

Astonishingly, unlike most of the players in the NFL, Matthew Stafford has forfeited money just on one count.

Similarly, the quarterback has never been suspended from games to date.

Net Worth of Matthew Stafford in Different Currencies

Matthew Stafford’s net worth as of February 2023 is $80 million. Let’s have a look into his net worth in different currencies, including the cryptocurrency Bitcoin.

Matthew, along with his wife, has traded a few properties over the years.

The pair formerly resided in Bloomfield Hills, Michigan, in a 12,000-square feet mansion.

The mansion featured five bedrooms, seven bathrooms, and the largest infinity pool in the state of Michigan.

However, after living in the six bedrooms and nine bathrooms, two-acre lot mansion for a year or so, they sold it in June 2022 for $21 million, making a tidy profit of $1.4 million.

After off-loading the mansion in Hidden Hills, the pair purchased two houses in San Fernando Valley from the hip hop superstar Drake for a decent $11 million.

While QB Stafford has a passion for Football, he also has a thing for luxurious automobiles, which he has been collecting since his Lions days.

Aside from those, Stafford also maintains a couple of SUV’s in his garage.

Matthew Stafford’s net worth as of February 2023 is a whopping $80 million.

Los Angeles Rams quarterback Matthew Stafford is one of the best quarterback in the current NFL scene.

He has been playing football for more than 13 years now and has garnered astounding fame and fortune to lead a comfortable lifestyle.

He loves spending his hard-earned money on the things he loves.

Stafford’s love for high-end timepieces goes back to his time on the Detroit Lions.

While signing a contract with Lions, he was seen wearing a $14,550 Rolex Daytona.

Coming to his personal life, Stafford has been married to Kelly Hall, sister of wide receivers coach for Buffalo Bills Chad Hall, since 2015.

Together they have four children; Tyler Hall, Hunter Hope, and twins Sawyer and Chandler.

Furthermore, Matthew is a kind and generous individual and often finds time to give back to the community despite his busy schedule.

Before leaving for Los Angeles, former Lions player Stafford and his wife donated $1 million to help build a center for children in Detroit to learn and better themselves.

Their donation helped to expand the Play Center by about 20,000 square feet.

Similarly, up until 2019, Stafford had made about $5 million from the endorsements.

Some of the big brands inside his pockets include Nike, PepsiCo, Fanatics, Blue Cross/Blue Shield, Ford Motor, Panini, and St. Joe’s Hospital.

As of February 2023, Matthew Stafford’s net worth is a staggering $80 million.

Matt graduated high school in 2006 and enrolled at the University of Georgia.

He became the first freshman quarterback to start for the Georgia Bulldogs since 1998.

He had a pretty successful college football career.

However, he went to enter the NFL Draft forgoing his senior year in college, and lucky for him, he was picked first overall by the Detroit Lions in 2009.

Stafford was signed by the Lions on a six-year rookie contract the same year.

He had a breakout season in 2001 when he became the fourth quarterback to throw for over 5,000 yards in a single season while also leading the Lions to their first playoff appearance since 1999.

In 2021, he was traded to Los Angeles Rams in a package deal with quarterback Jared Goff.

How far can Matthew Stafford throw a football?

He can throw a ball approximately 305 yards.

Where does Stafford rank all time?

Matthew currently ranks as No. 12 all-time with 49,995 passing yards. Similarly, he is 11th in pass completions and 12th all-time in passing touchdowns.

How many rings does Stafford have?

Stafford has one championship ring.

Read More
Hey…..Do You Feel Good? One of the most famous and decorated singers of all time, James Joseph Brown,…
NNet Worth 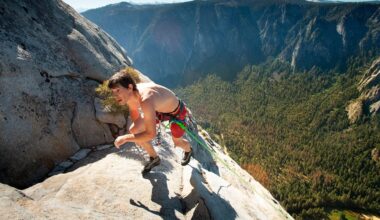