Martin Garrix, a Dutch DJ, has an estimated net worth of $30 million.

He is also known for his aliases “Ytram” and “GRX.” Martin Garrix was ranked number one in DJ Mag’s Top 100 DJs list for three years in a row.

Some of his notable songs include “Animals,” “Scared to Be Lonely,” and “In the Name of Love.”

He was just 17 years old in 2014 when he headlined the Ultra Music Festival and also became the youngest to host the event.

Similarly, he also headlined the 1st edition of Ultra South Africa in 2014. It was also the DJ’s first major festival.

Garrix has performed at many music festivals, including Electric Daisy Festival, Tomorrowland, Creamfields, Ultra Music Festival, Coachella, and many more.

Martin also has his own record company named STMPD RCRDS, which he founded in 2016.

Nonetheless, he was signed to Spinnin’ Records and Sony Music.

Martin Garrix, originally Martijn Gerard Garritsen, was born on 14th May 1996 in Amstelveen in the Netherlands.

He was born to Gerard Garritsen and Karin Garritsen. Similarly, the DJ grew up with his younger sister Aura Garritsen.

Furthermore, he became interested in music from an early age and even learned to play the guitar at eight.

He was really encouraged to become a DJ after witnessing Dutch DJ Tiësto perform at 2004’s Summer Olympics Opening Ceremony in Athens.

He’s stated that he was particularly inspired by the track “Traffic,” which motivated him to download the professional digital audio workstation and FL Studio.

Martin also enrolled in a production school in Utrecht to pursue his career as a DJ and graduated in 2013 from the Herman Brood Academy.

Martin Garrix: Net Worth and Income

Dutch DJ, music producer Martin Garrix has a net worth of $30 million as of 2022.

Garrix is considered one of the top DJs in the world and is featured regularly on the lists of “Top 100 DJs”.

The primary source of income for the DJ is record sales, tons of tours, digital streaming, and endorsement deals.

Martin has several multi-platinum records to his name and is one of the most toured DJs on the planet.

Similarly, he also has his own production company, which also contributes to his annual revenue.

Besides that, Martin has over 14.2 million subscribers on his YouTube channel, which makes around $150k each month and around $2.5 million each year.

Net Worth of Martin Garrix in Different Currencies

Listed below are the net worth of Martin Garrix in different currencies including cryptocurrency Bitcoin:

There is not much information about the DJ’s house, but according to the video shared by the STMPD RCRDS, his apartment is located in Amsterdam.

Martin is an avid stone collector and has a massive collection of stones inside a glass cupboard in his house.

One of the most important pieces in his collection is the Alien Eye Fluorite from Namibia.

Moreover, he had two of those, and he gifted one to Major Lazer.

Similarly, there is the kitchen which has a breakfast island, wooden cabinetry, marble countertops, and also a temperature-controlled wine cellar. Other than that, there are top-of-line appliances in the kitchen.

Likewise, there is also a small fitness area with a treadmill and other fitness equipment.

Martin Garrix has a pretty massive car collection that includes some of the big brands in the automotive industry.

Since he got into the spotlight at a young age, he’s been known to pose in front of his huge car collection even before he was legally able to drive one of those.

Martin Garrix has some of the fastest cars on the planet, and Ferrari’s are known for their super speed.

Martin has not one but two Ferraris in his extensive car collection. His Ferrari 458 Italia cost him about $245,000. The car was first unveiled at the 2009 Frankfurt auto show.

Similarly, the car has a seven-speed dual-clutch transmission system. The car can hit 202 miles per hour and can go from 0-60 miles in 3.4 seconds.

Similarly, it has seven-speed dual-clutch transmission.

Its growling V8 can produce enough power to hit 205 miles of top speed and hit 60 in just 3 seconds.

Martin Garrix has a sleek white Rolls Royce Phantom in his garage. He has been spotted in his Phantom numerous times.

Rolls Royce is synonymous with luxury. The British manufacturer never ceases to make an extraordinary mechanical marvel with every new model of Phantom.

It comes with eight-speed 8HP automatic transmission. The car can hit 155 miles of top speed and go from 0-60 in 5 seconds.

Another super impressive car in Martin Garrix’s garage is his Lamborghini Murcielago.

It boasts a 6.5 liters V12 engine that is paired with six-speed automated manual transmission.

The plugin hybrid sports car is produced by BMW automotive based in Munich, Germany.

It offers a single powertrain. Likewise, it has 1.5 liters turbocharged three-cylinder gasoline engine with an 11.6 kWh battery and two electric motors.

It is capable of producing 369 brake horsepower combined and is all-wheel drive.

Similarly, it comes with a six-speed automatic transmission system.

And finally, Martin Garrix’s completed his garage with a black Mercedes S Class. S Class is the flagship model that Mercedes offers and is fitted with every luxury imaginable.

Besides the world-class luxurious touches, S-Class offers a monster 4.0 liters twin-turbocharged V8 engine, making a car growl on the outside.

However, that’s not the case inside. Moreover, the interior of the car is wrapped with hand-stitched leather seats with ventilation and heating features.

Similarly, the car has an infotainment system with voice command recognition, a well-insulated double-glazed window that keeps the noise outside, and a soft touch on every part.

Similarly, the car has 496 brake horsepower and 500-newton meters of torque.

It comes with nine-speed automatic transmission and a 4Matic all-wheel-drive system.

Martin Garrix is living an affluent lifestyle. He does tons of tours, and in a way, it’s nice because of all the traveling that comes with it.

He has played in every major EDM event around the globe. So let’s talk about his gears.

However, he goes for Pioneer CDJ-2000 Nexus, Pioneer XDJ-R1, and Pioneer DJM-900 Nexus mixer during his live shows.

Similarly, he also uses Image Line’s FL Studio for his extraordinary creations. Garrix is a pretty fun-loving person and does spend much of his time on vacations.

Likewise, he is active in his social media handle and shares his vacation pictures with his fans.

Martin is good friends with another superstar Justin Bieber and has been spotted on numerous occasions with each other.

Back in 2016, they were seen hanging out in luxurious resorts and spas. They were also seen jet-skiing and campfire together.

Read About: Angerfist’s Net Worth & Lifestyle

What good is money if you just keep it to yourself and oversee the people in need?

Martin Garrix is a very active philanthropist and often helps the needy in any way he can.

Martin headlined an event in Los Angeles, with all proceeds going to the non-profit foundation Fuck Cancer in May 2016.

Moreover, the foundation is committed to early detection, prevention, and supporting those affected by cancer.

Similarly, Martin started his India tour with a special charity show in Mumbai with more than 62,000 attendees in 2016.

Mahalaxmi Racecourse hosted the event, and its purpose was to educate Indian children.

Besides that, Garrix has announced an “international friend” for SOS Children’s Village in South Africa on 24th February 2017.

It is a nonprofit that builds families for orphaned, vulnerable, and other abandoned children around the globe.

Garrix also visited the foundation on 28th February 2019. During his time there, he performed a one-hour DJ set to a crowd of 100 young people and children.

Garrix also donated $10,000 out of his fees as Ultra Mexico line up following the Mexico earthquake in 2017.

Moreover, Garrix also held a show in the Netherlands, his home country, with all proceeds going towards the War Child Holland Charity in September 2019. Furthermore, the show raised more than $370,000.

Even though Garrix has not appeared in movies himself, he has indeed worked on soundtracks in some notable films.

He is best known in the movie industry for his works on 2014 Night at the Museum: Secret of Tomb, 2014 Tommy, and 2015 Scouts Guide to the Zombie Apocalypse.

Moreover, TAG Heuer is a Swiss luxury watchmaker that manufactures, designs, and markets watches and other fashion accessories.

DJ Tiesto discovered Martin Garrix, and interestingly he happens to be the same guy who inspired him to be DJ.

He released several tracks before, but it was not until he released “Tonight,” which is a remix of the original Enrique Iglesias song, that he caught up attention from several record labels.

Following the release, he signed a deal with Dutch label Spinnin’ Records.

He released his debut with Spinnin’ Records “Error 404” in 2012. It made him a national icon but what he really needed was international fame.

With the release of “Animals” in 2013, he got that as well. He made a breakthrough with the track in the international mainstream media.

Garrix featured the closing ceremony of the Winter Olympic Games In 2018.

“I want to show everyone that if you pursue your dreams, they can come true no matter what. That’s what I want to do.”

“I think I will never stop working with music; it has become a part of who I am.”

“For me, I don’t feel all the pressure. I make music, and I release it because I like it myself, and I want my friends to hear it from me.”

What song made Martin Garrix famous?

Martin Garrix gained international fame with the release of his solo track “Animals.”

Is Martin Garrix in a relationship?

Martin Garrix appears to be currently single since his breakup with his longtime girlfriend, Charelle Schriek.

Why are there so many Dutch DJs?

There are more Dutch DJs because EDM became popular in the Netherlands before most other countries.

Read About: Marshmello’s Net Worth & Lifestyle>> 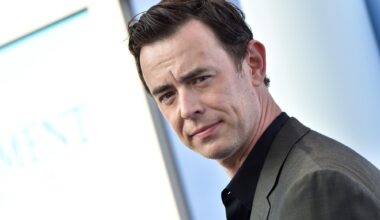 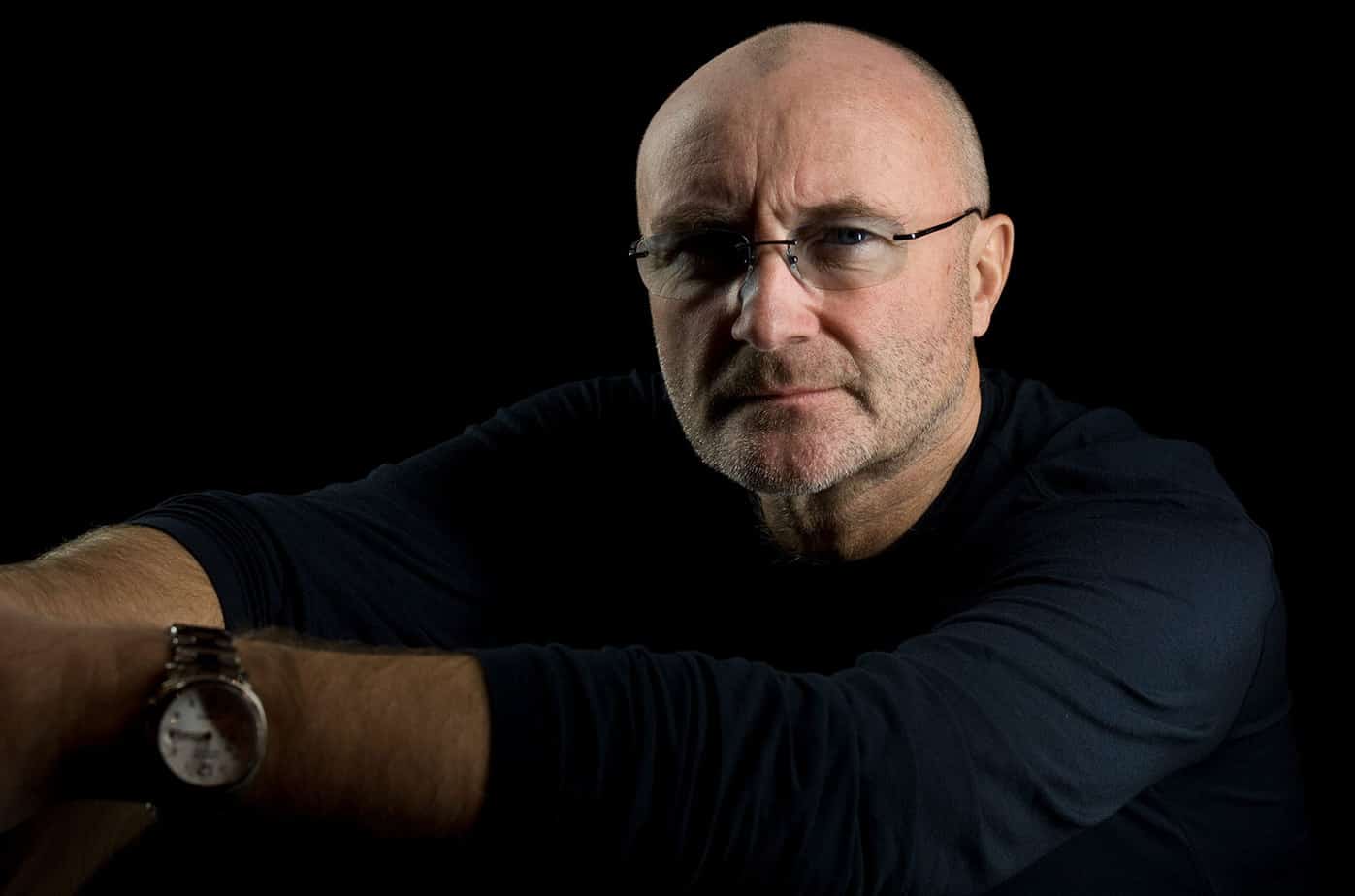