Mexican businessman, investor, and multi-billionaire Carlos Slim Helu has an astounding net worth of $58.3 billion.

Further, Carlos was born to Linda Helu Atta and Julian Slim Haddad, who, in fact, was a successful businessman of his generation.

Likewise, Carlos Slim Helu is renowned as Slim in the world of business industry.

Regardless of being a businessman, Slim has a Civil Engineering degree from Universidad Nacional Autónoma de México.

Furthermore, He has been given the title the wealthiest man in the world by ‘Forbes’ magazine numerous times.

In fact, Carlos Slim Helu is the richest person in Latin America.

Moreover, he is a multi-billionaire, investor, and philanthropist who owns well over 200 businesses worldwide.

His businesses largely specialize in the telecommunications industry in Mexico.

As a matter of fact, he’s referred to as one of the richest people in the world.

Let’s check out some quick facts about the Mexican Multibillionaire Carlos Slim.

He made his wealth from his extensive holdings, firms, and investment in a significant number of Mexican companies through his conglomerate, Grupo Carso.

Furthermore, he is the CEO of two major telecommunications companies called América Móvil and Telmex.

In April 2021, he was listed in Bloomberg List on the Bloomberg Billionaires Index.

In fact, he was ranked the 24th richest person in the world with an estimated net worth of $ 53.1 billion.

He represents 40% of the listings on the Mexican stock exchange, while his net worth is roughly 6% of Mexico’s GDP.

As of 2016, he is the single largest shareholder in The New York Times company.

We might presume that the lifestyle of a multibillionaire man must be extravagant, but surprisingly, Slim lives a frugal lifestyle.

Multi-billionaire Slim doest have any yacht or private jets, and he has been living in the same house for more than 45 years.

Slim married Soumaya Domit in 1967, and the couple had six children together.

Unfortunately, Soumaya passed away in 1999.

In 199, Slim underwent heart surgery, and after surgery, he has been meticulous about his health and diet.

Moreover, he gave his several businesses in the name of his children.

Carlos’ father was a successful enterprise proprietor and had taught all of his sons about commercial enterprise at a very young age.

Sadly his father passed away in 1953, but Carlos persevered his father’s legacy and continued his business firm.

Further, he taught algebra and linear programming during high school.

However, he went into the business enterprise right after graduating high school.

In fact, he’s been living there for 40 years.

Furthermore, Carson Slim has an extraordinary mansion in New York that he bought for $44 million in 2010.

Moreover, this glorious mansion has a doctor’s office in the basement.

In May 2015, he listed the property for sale at $80 million, nearly twice what he had paid.

In addition, multibillionaire also bought the  PepsiCo Americas Beverages headquarters in Somers, New York, and  Marquette Building in Detroit for the combined price of $87 million.

A Mexican multibillionaire, Slim has two lavishing and classic cars, and its price is quite high.

Similarly, he has one of the world’s expensive and classic Bentley Continental Flying Spur that costs over $215,000.

Mexican multibillionaire Carlos Slim has a collection of high-class watches.

Further, Slim wears a steel Rolex Daytona, which has an estimated price of $34,500.

Mexican Multibillionare Slim has always been a shrewd businessman and investor. He’s been steady and unceasingly growing his wealth.

Further, Slim is a stakeholder in many Mexican companies through his conglomerate, Carso Group.

Furthermore, He has many private real estate investments around the world, including the Duke Seaman’s mansion, PepsiCo Americas Beverages, Marquette Building in Detroit.

Slim serves as the CEO of telecommunications firms Telmex and America Movil (AMX), with a market cap of over $40 Billion.

Carlos Slim has been a huge influence on many people in business all over the world.

Further, several books have been published about his life, power, and mindset by several famous authors.

Moreover, “Carlos Slim” book is famous among all books written in his biography.

In addition, this book discusses the Power, Money, and Morality of One of the World’s Richest Men, Carlos Slim.

During his childhood, his father taught him practical skills such as reading annual financial statements and keeping accurate financial records.

He bought his first share at age twelve and was a shareholder in Mexico’s largest bank at age fifteen.

Further, Slim’s business career began when he took a job as a stockbroker in Mexico after graduating from college.

Then he used this money to start his own company named the Inversora Bursatil stock brokerage company.

Furthermore, he founded Inmobiliaria Carso in 1966, valued at $ 40 million at the time.

Likewise, he invested his money in various types of businesses, but he was mainly focused on mining, real estate, and construction.

In fact, he invested immensely during the 1982-1985 Mexican economic recession, buying a large percentage of many companies.

In 1990 he merged his companies Corporación Industrial Cardo and Grupo Inbursa to form the large conglomerate named Grupo Carso.

In fact, He bought this company from the Mexican government in 1990, hence expanded his business all over Mexico.

As the fame and wealth raised, he decided to focus on expanding his all over the world.

In the 2000s, Carlos started investment in several big companies in the world.

Claro Musica was launched as a competitor to services such as iTunes and Spotify.

Although being a Multibillonare, Carlos has always been a philanthropist and posses the heart of gold.

Further, He has founded few charity foundations and has also donated millions of dollars to different organizations.

Telmex Foundation is a broad-ranging philanthropic foundation, which, as he announced in 2007.

In fact, This philanthropic foundation had provided assets of $4 billion to establish Carso Institutes for Health, Sports, and Education.

Some Interesting facts about Carlos Slim

According to Fortune Magazine, Carlos Slim had surpassed Bill Gates to become the richest person in the world on August 8, 2007

Carlos Slim is a technophobe, and during Wall Street Journal interview, Slim revealed he loves old-school pen and paper rather than gadgets and computers.

Although being a multi-billionaire, Slim maintains a frugal and low-key existence.

He has lived in the same house for four decades and daily drives himself to work.

How much does Carlos Slim make per day?

Who is the richest Latino in the world?

Carlos Slim Helu is the richest Latino in the world and has a net worth of about $58.3 billion.

Why did Carlos Slim lose so much money?

Carlos Slim had a $70 billion net worth in 2016, but in 2017 the value of the Mexican peso significantly fell.

As a result, Slim lost about 9% of his wealth.

NNet Worth
The legendary heavy metal vocalist Ozzy Osbourne has a net worth of a whopping $225 million. Ozzy Osbourne…
NNet Worth 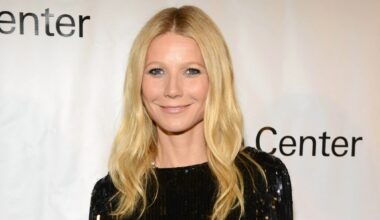 Read More
An American actress, singer, writer, and businesswoman, Gwyneth Paltrow’s net worth is a whopping $200 million. Paltrow is…