15 Best NFL Cheerleaders of All Time

15 Best NFL Cheerleaders of All Time!!

Cheerleaders are strong, attractive, and fierce. They entertain the viewers with their lively dance moves.

Moreover, cheerleaders provide more airtime for their teams and promote them by cheering or by participating in charitable and promotional events.

Among 32 National Football League (NFL) teams, 25 of them have their own cheerleading squads.

So, in this article, we present you with the 15 best NFL cheerleaders of all time, who served as the backbone of their NFL teams.

Best NFL Cheerleaders of All Time

The information and details are compiled from trusted sites on the web including Players Bio and Wikipedia.

The 15th best NFL cheerleader of all time is Camille Kostek.

Kostek debuted as the roster of New England Patriots Cheerleaders in 2013.  She served as a Patriots cheerleader for three seasons.

In 2014, Kostek appeared on the cover of the Patriots Cheerleader’s annual swimsuit calendar. That same year, she served as a Patriots ambassador during the NFL tour in China.

During her last season in February 2015, Kostek performed at the University of Phoenix Stadium in Arizona for Super Bowl XLIX. That time, the Patriots won over the Seattle Seahawks.

After retiring as a cheerleader, Kostek pursued her career as a model, host, and actress.

Besides, Kostek has modeled for several top clothing and cosmetic brands like Loreal, Victoria’s Secret, and Rebook.

Whereas, since 2021, Kostek is on-field hosting the popular American game show Wipeout. Her notable film is Free Guy (2021).

Camille Kostek was featured on the cover of 2019 Sports Illustrated Swimsuit.

Holding the 14th spot is a former NFL cheerleader, model, and actress from Washington.

Amber Lancaster joined the Sea Gals squad and started cheerleading for the Seattle Seahawks in 1999.

Besides, she danced for the Seahawks for five years.

Moreover, Lancaster earned huge fans as a gorgeous and sexy cheerleader of the Seahawks.

During her cheerleading career, Lancaster got featured in a variety of NFL magazines.

After retiring in 2004, Lancaster went to pursue an acting career in Los Angeles.

She made cameo appearances in several American series, but her most notable performance is as Jenny Swanson in MTV’s comedy series The Hard Times of RJ Berger (2010-2011).

Further, Lancaster is a renowned model in the game show “The Price is Right.”

Rycroft served as the cheerleader for Dallas Cowboys from 2006 to 2008. During that time, she appeared regularly on the reality show Dallas Cowboys Cheerleaders: Making the Team.

Likewise, Rycroft competed as a bachelorette in the 13th season of The Bachelor.

Besides, Rycroft ranked third with Tony Dovolani in the 8th season of Dancing With the Stars. Whereas they won the final season.

Moreover, Rycroft was the co-host of The Bachelor Pad, RedNeck Island, and Morning Dose.

Fallon cheer-led the Atlanta Falcons in 1998.

Besides, Fallon was Miss Georgia USA in 2001.

Fallon was featured as the “Playmate of the Month” for Playboy magazine in 2004.

Similarly, Fallon was chosen as “Playmate of the Year” in 2005. At the age of 31, Fallon became the second-oldest woman to earn that title.

Moreover, Tifanny starred as herself in the reality shows: Apprentice (2004) and The Girls Next Door (2005).

Aside from that, Tifanny appeared in the music videos of Toby Keith’s “Who’s Your Daddy” and Rascal Flatts’s “Come Wake Me Up!”

Similarly, she is the creator, host, and star of ESPN’s top fitness show, “Kiana’s Flex Appeal.”

Whereas Tom also appeared in ESPN’s other fitness shows like BodyShaping, Kiana’s Too Fit 2 Quit, and Summer Sizzle with Kiana.

Moreover, Kiana was the co-host of ABC’s Super Bowl Special. She was the co-author of Kiana’s Body Sculpting.

Aside from that, Kiana did cameo roles in the 1995 sci-fi film Cyber Bandits. She co-starred in Universal Soldier: The Return in 1999.

Kiana Tom was the cover girl of Playboy magazine in May 2002.

Holding the 10th spot is an American actress, model, and former NFL cheerleader.

As an actress, Harrison is renowned for her role as Cindy Snow in the hit sitcom Three’s Company (1980-1982).

Besides, Harrison’s role as Jemie Ewing in the popular sitcom Dallas (1984-1986) won her a Soap Opera Digest nomination for Best New Actress in a Prime Time Series.

Besides, she was the sports analyst for Fox Sports, ESPN, KCAL-TV, and Spike TV. Throughout her career, Laflin hosted popular shows like Hotlines (2003) United Rockcrawling & Off-Road Challenge Series (2004).

She was a cast member on the VH1’s reality show “Basketball Wives” during the sixth season.

Currently, Laflin is the on-field host for NBC Sports Bay Area and the brand ambassador for Air Jordan.

Bonnie-Jill Laflin is the first female scout in NBA history. She scouted for Los Angeles Lakers from 2005 to 2012.

Kristin Adams is a renowned entertainment host and former NFL cheerleader from Texas.

Lisa Guerrero cheer-led the NFL’s Los Angeles Rams in the 1980s. Besides, she was the entertainment director for the Atlanta Falcons and New England Patriots.

Since 2006, Guerrero has been serving as the notable journalist of the world’s top magazine, Inside Edition.

As an actress, Guerrero is noted for her role as Francesca Vargas in the hit series of the 1990s, Sunset Beach.

Moreover, she appeared as Volunteer Bimbo in the 1992 film Batman Returns.

Further, Guerrero served as the sports anchor on Los Angeles KCBS-TV and KKTV in 1997.

Lisa Guerrero was the cover girl of Playboy in 2006.

Holding the 6th spot is an illustrious American actress and former NFL cheerleader.

Moreover, Smith is renowned as Phyllis Vance in NBC’s hit sitcom “The Office.” Besides, she appeared as a supporting cast “Lynn” in the 2011 film Bad Teacher.

Likewise, Smith voiced Sadness in Pixar’s 2015 smash movie, Inside Out. Further, she starred in Netflix’s hit sci-fi series, The OA.

Holding the 5th spot is an American actress and former NFL cheerleader.

Besides, she is popular as “Cordelia Chase” in the 90s supernatural series Buffy the Vampire Slayer.

Shahi cheer-led the Dallas Cowboys from 1999 to 2000. Besides, she appeared on the cover calendar of the Cowboys in 2000.

Moreover, Shahi is noted for her main role as “Sameen Shaw” in the 2011 mystery drama, Person of Interest.

Holding the third spot is a WWE megastar and former NFL cheerleader.

Leah Van Dale served as the NFL cheerleader for four seasons. From 2008 to 2010, she danced for New England Patriots and for Los Angeles Lakers from 2010 to 2011.

Besides, Van Dale is a renowned fighter in the WWE under the ring name “Carmella.”

Moreover, Carmella is the winner of the 2017 Money in the Bank Ladder match, 2018 WWE Smackdown’s Women’s Championship.

Similarly, she won the WrestleMania Women’s Battle Royal and WWE 24/7 Championship in 2019.

Coming to the 2nd spot is the “Legs of the WCW and WWE.”

Besides, Kiebler was a member of “The Nitro Girls” in WCW and later served as WCW manager, Miss Hancock.

Similarly, she was the manager of the WWE fighters Dudley Boyz, Scott Steiner, and Test. Moreover, Kiebler was a member of  WWE’s tag team “The Hurricane and Rosey” under the ring name “Super Stacy.”

Moreover, Kiebler appeared as a hot bartender in the 100th episode of “How I Met Your Mother”.

At the top comes a renowned American actress and former NFL cheerleader.

Besides, Hatcher is renowned as Susan Mayer in the hit sitcom Deseparate Housewives (2004-2012).

Moreover, she starred in the fourth-highest grossing film of 1997, Tomorrow Never Comes. Her other hit movies include the 2001 thriller film Spy Kids and the 2013 animated movie, Planes.

10 Best Baseball Players of All Time 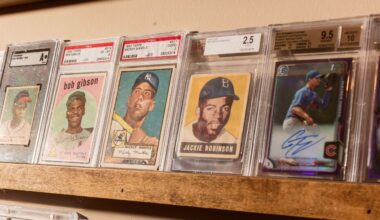 Read More
Which are the 12 most valuable sports memorabilia in the world? Sports Memorabilia utters the pure beauty of…