Top 20 Richest Rockstars In The World

Richest Rockstars in the World!!

The rockstars are known for their extravagant lifestyle.

Drug, Sex, and Rock n’ Roll is the slogan for legendary musicians including Ozzy Osbourne, Keith Richards, John Bonham (Rest in Peace), and many others.

But those days are long gone, and it’s all about money now. Some of the rockstars are known for their lucrative investments, and some are known for their philanthropic acts. Nonetheless, they have been able to earn some cheese to support their lifestyle.

More than half the famous rockstars are worth more than $500 million, and the richest on the list has a staggering Net Worth of $1.2 billion.

Please have a look at our reach to the 20 richest rockstars ever.

Richest Rockstars in the World

Below is a short summary of the 20 richest rockstars in 2021 ranked by their net worth, which has been compiled from credible sources.

We have used several authentic sources including Forbes, The Richest, and Celebrity Net Worth to compile this list.

Robert Peter Williams is a singer, musician, songwriter, and producer born on 13th February 1974 in England.

He was a member of the boy band “Take That.” However, he rose to fame after commencing a solo career.

Six of his albums that he recorded and released ranked among the top 100 selling albums across the US.

Robbie’s success has not been limited to America, he is known worldwide, and he has sold more than 75 million records.

Robbie is also a lifelong supporter of the club Port Vale.

Genuinely interested in Port Vale Football Club, Robbie invested $326,448 in buying shares of the club which made him a major stakeholder.

Robbie Williams has a Net Worth of $300 million.

James Alan Hetfield is a musician and composer from the United States born on August 3, 1963.

The band’s most successful album named “Metallica” released in 1991, is the most popular title release to date.

With a staggering Net Worth of $300 million makes James Hetfield one of the richest rockstars in the world.

Read More: About James Hetfield’s Net Worth and Music Career.

Eric Patrick Clapton is a blues and rock singer, guitarist, and songwriter from England born on March 30, 1945.

According to the Rolling Stones Clapton is ranked second among the “The top 100 Greatest Guitarist of All Time”.

Clapton’s fame in the blues, rock music came from his involvement in the band named “Yardbirds.”

Clapton has always been a car enthusiast and has a passion for collecting Ferrari’s. Clapton owns at least 10 Ferraris.

David John Matthews is a singer, songwriter, and owner of a record label. Hew was born on 9th January 1967 in the United States of America.

Matthews is also the lead vocalist, composer, and guitarist of the world-famous “Dave Matthews Band.”

Their most popular album, “Before These Crowded Streets,” sold more than 900,000 copies in the first week of its release in 1998. 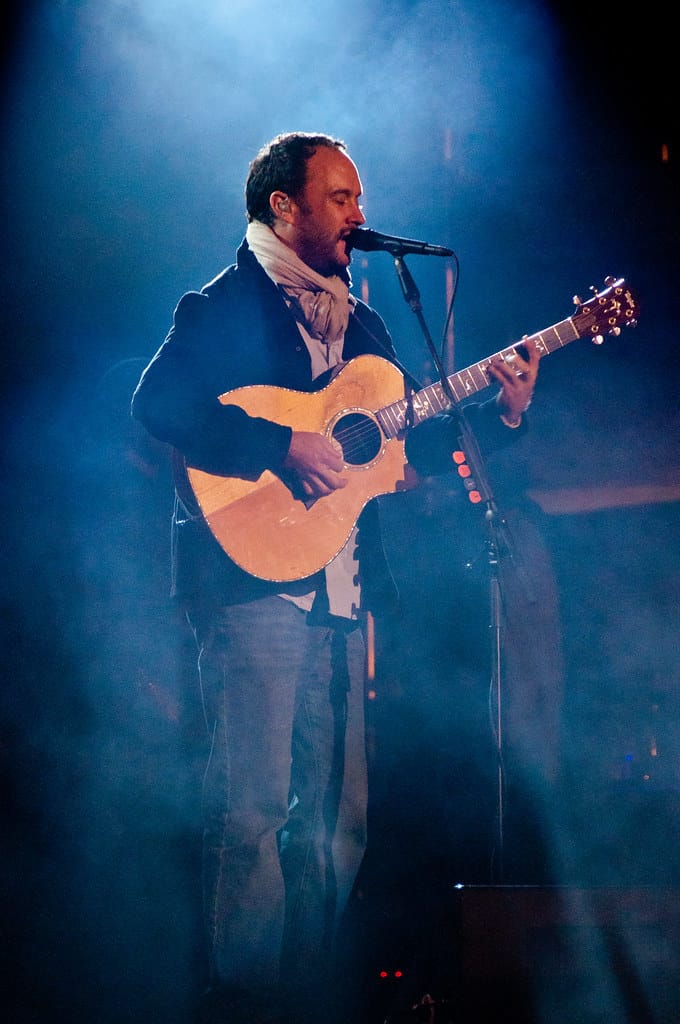 Matthews owns few of the largest real estate in the state of Virginia. Among which he owns several thousand acres near Charlottesville.

One of the highest revenue generated by the DMB is from “Big Whiskey & the GrooGrux King,” which is considered to be the band’s best-selling album to date which sold more than a million copies in the US.

Dave Matthews has a Net Worth of $300 million.

Björn Kristian Ulvaeus is a Swedish singer, songwriter, and producer of, Swedish music group ABBA. He was born on 25th April 1945.

ABBA is one of the best-selling bands in history, with over 150 million albums sold worldwide.

He is currently more focused on the composition and songwriting aspects of the music industry.

Bjorn’s Net Worth is estimated to be around $300 million.

Lyngstad is also one of the founding members of the popular Swedish band ABBA. 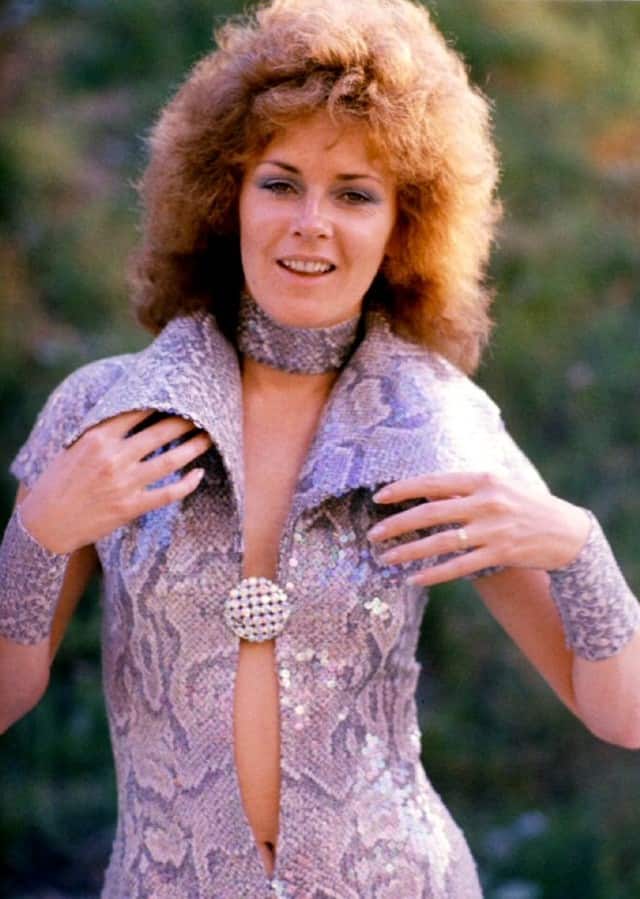 Before joining ABBA, she was a renowned jazz singer all across Sweden. Following the band’s split, she continued her solo career and released many popular albums, and finally retired in 1996.

Adam Clayton is an English-Irish musician, born on 13th March 1960. Clayton is a bassist in the world-famous rock band “U2”.

Adam owns several real estates all across the world, which adds to his net worth.

His most valuable real estate is the castle he bought near Dublin. The castle is known as the Danesmoate House, which he purchased in 1984 for $517,227, and has made several renovations and upgrades.

A fascinating career in rock music has earned Adam Clayton the Net Worth of $300 million, which makes him one of the richest rockstars in the world.

Clayton alongside U2 has sold more than 200 million albums worldwide and has been on  several noteworthy tours in music history.

He is more popularly known as the bassist of Pink Floyd, one of the most successful British bands.

After leaving the band in the latter part of the 1980s, he pursued a successful solo career and continued his solo tour.

In 2007, Waters bought a New York townhouse for about $15 Million, with several unique features such as antique fireplaces and silver hardware.

His most notable contribution towards the band is composing and writing the song “Dark Side of the Moon.”

David Howell Evans, renowned as The Edge, is an English-Irish musician, singer, and songwriter born on 8th August 1961.

He is the lead guitarist, keyboardist, and also occasional vocalist of the rock band U2.

He also has had some success as a solo artist.

His successful music career, along with songwriting, has earned The Edge a staggering Net Worth of $340 million, which makes him one of the richest rockstars in the world.

Keith Richards is an English musician, singer, and songwriter born on 18th December 1943.

Similarly, Keith has gained fame and fortune from the band’s successful musical journey.

Keith has also earned a lot from several of his solo tours and collaborations with other artists.

He owns property near East Sussex, which he bought for $4.68 Million.

The album royalties and the various tours during his career have earned Keith Richards a Net Worth of $340 million.

Rolling stones magazine ranked him 4th in 100 Best Guitarists in 2011.

He is known all across the world as the drummer for the rock n roll band The Beatles.

His solo career and voice-over acting in children’s programs earned him several young fans of the current generation.

One of the richest drummers and rockstars, Ringo Starr’s Net Worth is $350 million.

Gene is co-founder and bassist of the rock band Kiss. Kiss has sold over 100 million albums globally.

The Net Worth of $350 million makes Gene Simmons the 9th richest rockstar in the world.

He is popularly known for his stage persona “The Demon”.

Mick Jagger is a lead singer and founding member of the rock band The Rolling Stones.

Aso opposed to his music career, his film and acting career did not go as planned.

Mick Jagger’s successful career in rock and roll made him a Net Worth of $360 million.

Jagger has also been described as one of the “Most Influential Front Men in Rock n Roll”.

He is the songwriter, lead singer, and bassist of the rock and roll band Police.

He also began his solo career after Police disbanded in 1985.

Moreover, Sting’s royalties from several albums and his successful solo career have earned him a Net Worth of $400 million.

He has received 16 Grammy awards to date.

The American singer and composer John Francis Bongiovi Jr was born on March 2nd, 1962, and is better known as Jon Bon Jovi.

He is the founder and the frontman for the band Bon Jovi formed in 1983, since which it has sold over more than 350 million albums worldwide.

Jon Bon Jovi is Worth $410 million which makes him one of the richest rockstars in the world.

Since he collaborated with Bernie Taupin in 1967, they have sold more than 30 gold and 25 platinum albums and over 300 million albums worldwide in total.

John developed an outrageous look through his unique collection of optical glasses during each of his concerts.

Elton John’s worth of around $500 million makes him the 5th richest rockstar in the world.

You might also want to take a look at Elton John’s Net Worth: Career & Charity.

Joseph Springsteen is a singer and songwriter from the United States who was born on September 23, 1949.

He is popularly known by the name “The Boss.”

Bruce has released twenty studio albums with his band, the E Street Band.

Springsteen is also an originator of the heart lock style of rock and roll into mainstream music.

He has also achieved fame through his solo touring career.

One of the major career highlights includes selling more than 135 million albums all across the world.

Having a massive Net Worth of $500 million earns Bruce Springsteen the 4th position on the richest rockstar list.

James William Buffett was born on the 25th of December 1946.

He is a singer, composer, and musician.

His most popular records include “Margaritaville” and “Come Monday.”

Interestingly, his fan base is known as “Parrotheads.”

The restaurant chains and successful music career has granted Jimmy Buffet the Net Worth of $600 million, making him the third richest rockstar in the world.

The Irish musician, composer, main vocalist, and lyrist of the rock and roll band U2, Paul David Hewson, known popularly as Bono, was born on 10th March 1060.

Among the music artists from Ireland, Bono is the most popular of them all.

The Net Worth of $700 million makes Bono one of the richest rockstars of all time.

He is also actively involved in different social causes and has contributed to different benefit concerts, fundraisers throughout his career.

Read More About Bono’s Net Worth: Charity and Cars.

He began his solo career after The Beatles disbanded in the 1970s.

The richest rockstar of all time, Sir Paul McCartney, has a Net Worth of $1.2 billion making him the only billionaire rockstar on the list.

Fun Facts: Paul McCartney was made an honorary detective by New York Police Department after giving a charity concert for 9/11.

25 Most Expensive Engagement Rings Of All Time

TTop List
Want to know about the 20 most expensive restaurants in the world? Many people take dining as more…
TTop List 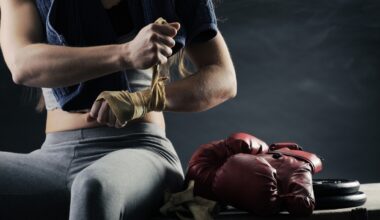 Read More
Greatest Female Boxers of All Time!!! Boxing is an incredible sport full of action and thrills. Male boxing…