20 Richest Boxers in the World

Boxing is one of the most popular sports in the world. It demands great physical strength and clever tactics from the athletes.

While elevating their career, the boxers suffer from frequent concussions and are forced to endure a battery of punches for several years.

But with the popularity of pay-per-view fights since the 1960s, the boxing champs are getting compensated well for their efforts inside of the ring.

The sport sure requires the athletes to put their lives in danger but also compensate them handsomely so that their effort is not overseen.

So, here we present you with such 20 richest boxers in the world who succeeded in making immense wealth from their careers.

Richest Boxers in the World

The information and details are compiled from trusted sites on the web including Wealthy Gorilla and Celebrity Net Worth.

Miguel Cotto a.k.a “Junito” is a former professional boxer from Puerto Rico. He dedicated his 16 years of life to boxing.

Moreover, his 2012 fight against Floyd Mayweather bagged him $8 million and PPV revenue of whopping $94 million.

Indeed, it was the second-highest PPV event in terms of non-heavyweight titles in boxing history with 1.5 million audiences.

Since 2009, Cotto has amassed more than $20 million from his match with other renowned boxers like Manny Pacquiao and Michael Jennings.

As of October 2022, Cotto has an estimated net worth of $25 million, making him the 20th richest boxer in the world.

Holding the 19th spot is one of the best Puerto Rican boxers of all time.

During his 18 years of career, Trinidad won multiple world titles in three weight divisions: welterweight, light middleweight, and middleweight. The International Boxing Hall of Fame inducted him in 2014.

It had 1.25 million audiences and garnered around $65 million in PPV revenue.

As of October 2022, Trinidad has an estimated net worth of $30 million.

Holding the 18th spot is one of the greatest Australian boxers in history.

Anthony Mundine is a former boxer and veteran rugby player. He comes from the Bundjalung tribe.

Whereas, from boxing, Mundine has bagged around $34 million.

As of October 2022, Anthony Mundine has an estimated net worth of $30 million.

Amir Iqbal Khan, famous as “King,” is a boxer, boxing promoter, and philanthropist from England.

Besides, Khan is one of the highest-paid British boxers of all time. Similarly, Khan bags tens of millions from his single fight along with additional pay-per-view revenues.

To illustrate, Khan earned $13 million from his fight against Saul Alvarez in 2016.

At the age of 22, Amir Khan became the youngest British boxer to win the WBA title in history.

Holding the 16th spot is one of the greatest heavyweights of all time.

Deontay Wilder, famous as “The Bronze Bomber,” is a renowned boxer from Alabama.

In 2007, Wilder became the first American to win the world heavyweight title.

Besides, Wilder is noted for his unusual power punches, which have knocked out numerous opponents.

As of October 2022, Deontay Wilder has an estimated net worth of $30 million.

Holding the 15th spot is the best middleweight boxer of all time.

Gennady Golovkin famous as “Triple G” is a boxer from Kazakhstan.

Golovkin is two times middleweight world champion. During 2014 and 2018, he won the undisputed championships by winning the WBC, WBA, IBF, IBO titles at middleweight.

At that time, he was one of the highest-paid athletes in the world. In September 2017, his match against Saul Alvarez earned him $5 million with a $22 million PPV.

On his second match with Alvarez in September 2018, Golovkin bagged around $30 million.

Moreover, DAZN signed him with a $100 million contract over three years and six matches in 2018.

From that, Golovkin bags around $16 million every month.

As of October 2022, Gennady Golovkin has an estimated net worth of $30 million.

Tyson Fury is an Irish-British boxer from England.

Naseem Hamed is a former boxer from England. During his 10 years of career, Hamed won multiple featherweight world titles.

Before 2002, Hamed was the highest-paid British boxer. As a successful boxer, Hamed bagged $80 million through his bouts and endorsements.

As of October 2022, Naseem Hamed has an estimated net worth of $33 million.

Ricky Hatton is a former boxer and boxing promoter from England.

During his 15 years of a boxing career, Hatton won multiple world titles at light-welterweight and one at welterweight.

In 2009, Hatton bagged $20 million from his fight against Manny Pacquiao for the IBO and The Ring light welterweight titles, which he lost.

Currently, Hatton serves as the boxing trainer and promoter for Hatton Promotions.

Thus, with an estimated net worth of $40 million, Hatton is the 12th richest boxer in the world.

Coming to the 11th spot is one of the greatest boxers of the modern era.

Bernard Hopkins, famous as “The Alien” is a former boxer from Pennsylvania.

Noted for his highly defensive, fierce, fast, strategic, and powerful counterpunches, Hopkins won multiple world titles in the middleweight and light heavyweight during his 28 years of career.

Moreover, Hopkins has been associated with one of the leading boxing promoting companies in the US, Golden Boy Promotions.

As of October 2022, Bernard Hopkins has an estimated net worth of $40 million.

Wladimir Klitschko is a former boxer from Ukarine.

During his 21 years of career, Klitschko won two heavyweight world titles and was an undisputed heavyweight champion.

Besides, Klitschko was one of the most renowned boxers all over Europe for his clever tactics and phenomenal knockout powers using powerful jabs, hooks, and footwork.

Thus, his fights regularly brought in millions of audiences, bagging him more than $200 million (before taxes) through the matches and PPV.

As of October 2022, Wladimir Klitschko has an estimated net worth of $60 million.

Besides, Joshua won British and Commonwealth heavyweight titles from 2015 to 2016.

Moreover, Joshua is one of the highest-paid boxers of all time.

During his career peak, Joshua bagged more than $50-$60 million every year.

Further, he collects additional fortunes from his endorsements with sports brands like Under Armour, Sky Sports, etc.

Thus, with an estimated net worth of $60 million, Anthony Joshua is the 9th richest boxer in the world.

Vitali Klitschko, famous as “Dr. Ironfist” is a politician and former boxer from Ukraine.

Since 2014, Klitschko has been serving as the Mayor of Kyiv and head of the Kyiv City State Administration.

Throughout his ten years of a boxing career, Klitschko won multiple world heavyweight titles, including WBO, WBC, and The Ring Magazine titles.

During the “Klitschko Era,” a period from 2006 to 2015, Vitali was the dominating boxer with his brother Wladimir Klitschko.

Together they hold a Guinness World Record for winning the Most World Heavyweight title fights.

Thus, Vitali Klitschko is one of the richest boxers in the world, with an estimated net worth of $60 million.

Holding the 9th spot is one of the greatest boxers of all time Sugar Ray Leonard.

Ray Charles Leonard, famous as “Sugar,” is a former boxer and motivational speaker from North Carolina.

As a prolific boxer, Sugar bagged more than $100 million throughout his career. Besides, he was the first boxer to earn that much during his era.

Lennox Lewis, famous as “The Lion” is a boxing analyst and former boxer from London.

Besides, Lewis is a multiple-time world champion who has won three heavyweight titles, two lineal titles, and an undisputed title.

Throughout his 14 years of a boxing career, Lewis earned multi-millions from his fights and PPV.

As a boxing commentator, Lewis bags around $20 million.

Moreover, Lewis owns a $4 million Jamaican estate. The property has a theater room, a beautiful patio, and a stunning swimming pool overlooking the Caribbean Sea.

Thus, with an estimated net worth of $140 million, Lewis is one of the richest boxers in the world.

Holding the 5th spot is one of the best counterpunchers of all time.

Saul Alvarez famous as “Canelo” is a boxer from Mexico.

In October 2018, Alvarez signed a five-year $365 million fight contract with Golden Boy Promotions and DAZN. From June 2018, he has bagged around $95 million from his fights and endorsements.

Manny Pacquiao, famous as “Pacman” is a former boxer, politician, and investor from the Philippines.

He is the only boxer to win eight-division world titles and five-division linear titles in history.

Since 2016, Pacquiao has been serving as the senator of the Philippines.

Throughout his boxing career, Pacquiao earned around $500 million from his fights and endorsements.

His 2015 match with Floyd Mayweather was the highest-grossing PPV event in boxing history. It had 4.4 million audiences and a PPV revenue of $1.2 billion. That time, Pacquiao bagged $130 million from the fight and additional PPV.

Moreover, he has invested in more than 15 companies including ONE Championship and Pacquiao H20.

As of October 2022, Manny Pacquiao has an estimated net worth of $190 million.

Oscar De La Hoya famous as “The Golden Boy” is a boxing promoter and former boxer from California.

Besides, Hoya’s 2004 match with Bernard Hopkins bagged $700 million in PPV, making him the first top PPV earner in boxing history.

Moreover, he is the founder of America’s leading boxing promotion company, Golden Boy Promotions. Similarly, the company has a 25% stake in Houston Dynamo FC.

Thus, with an estimated net worth of $200 million, Oscar De La Hoya is the third richest boxer in the world.

Holding the 2nd spot is the eighth-greatest heavyweight of all time.

George Edward Foreman famous as “Big George” is an entrepreneur and former boxer from Texas.

As a boxer, Foreman had only a net worth of $5 million in the 1980s. But, his multi-million fortunes come from his endorsement with George Foreman Grill.

In 1999, the company paid Foreman $138 million for using his name. Before that, Foreman was paid around 40% of the profits on each grill sale, with $4.5 million pay checkouts every month at its peak sale.

Thus, with the endorsements alone Foreman is now worth $300 million.

At the top comes the greatest boxers of all time.

Floyd Mayweather is a former boxer and boxing promoter from the US.

Besides, Mayweather is the fifth highest-paid athlete in the world and one of the six athletes whose career earnings have grossed more than $1 billion. His total earnings sum up to $1.1 billion.

Moreover, Mayweather only earns $10 million through his endorsements.

But, most of his fortunes come from his fights. To illustrate, Floyd bagged $250 million from his match against Manny Pacquiao in 2015.

Similarly, he collected $300 million from his fight against Conor McGregor in 2018.

As of October 2022, Floyd Mayweather has an estimated net worth of $565 million.

Read About 20 Richest Wrestlers in the World 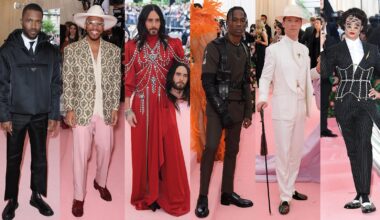 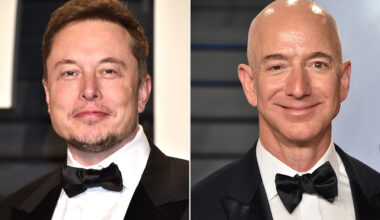 Read More
Richest People in America!! We all have the curiosity to know about who is the wealthiest and how…