Robert De Niro, originally Robert Anthony De Niro Jr., has a net worth of a staggering $500 million as an actor, producer, and director.

One of the greatest artists in Hollywood, Robert De Niro has garnered two Academy Awards, a Golden Globe Awards, and Screen Actors Guild Life Achievement Award for his work as an actor in the industry.

Similarly, in 2016 he was also honored with the Presidential Medal of Freedom from U.S President Barack Obama.

De Niro is best known for his mobster roles in films including The Godfather, Goodfellas, The Irishman, and Casino.

This might come off as surprising to many, but De Niro has six films inducted into the United States National Film Registry by the Library of Congress as being historical, cultural, and aesthetically significant.

Similarly, back in 2013, De Niro received a star on the Hollywood Walk of Fame and also got his handprints on Hollywood Boulevard.

Robert De Niro is one of the most notable names in Hollywood.

Having spent his career of nearly six decades in the showbiz, Robert De Niro has garnered himself a sizable net worth of $500 million.

While most of Robert De Niro’s net worth consists of the income from acting endeavors, he is also an avid investor.

He has invested in numerous business ventures, from Production companies to restaurant franchises.

However, his ex-wife filed a complaint in the court stating that De Niro had cut her monthly American Express allowance from $100k to $50k in July of 2020.

And in response, Robert claimed due to the global pandemic of COVID-19, his income had dried up, and he had to borrow $500,000 to help cover part of his business’s mounting debt.

So basically, during the COVID-19, De Niro did not earn a dime; instead had to throw in some borrowed cash to keep the business up and running.

Let’s check his income from movies in the past:

He has been inked with several international brands, including American Express, Nobu, and The Greenwich Hotel.

Let’s check out one of the highest-paid actors, Robert De Niro’s net worth in some of the major currencies around the globe, including the cryptocurrency BitCoin.

Movie star Robert De Niro has invested in several pieces of real estate over the years.

Robert listed his five-story home in the West Village neighborhood of New York City in 2011 for $14 million.

However, since the place needed full renovation, it ended up selling at $9.5 million.

In 2012 De Niro and his second wife moved into a beautiful penthouse in Manhattan, West Village. The 11,000 square feet over five bedrooms and four full and one half bathroom houses set the actor $25.5 million.

However, a few years after living in the place, Robert put the house back in the market for a whopping $39.5 million. Nonetheless, the price was reduced to $22 million.

It is estimated to be worth about $8 million.

With Robert De Niro’s net worth of $500 million, it’s no surprise that he gets spotted in only the best automobiles.

Apart from luxurious wheels, De Niro also has other expensive toys, including an $80 million worth superyacht named Arctic P.

De Niro married Grace Hightower in 1997 and had a son Elliot after a year of marriage. In addition to Elliot, De Niro also has another son named Raphael from his former marriage with Dianne Abbott.

Likewise, he adopted Dianne’s daughter Drena. Moreover, he has twin sons conceived by Virto fertilization by a surrogate mother.

De Niro filed a divorce with Hightower in 1999 but reconciled eventually only to separate in 2018.

However, Grace filed a legal paper in June 2019, which gave some insights into their assets and finance.

According to the claim made by Hightower, De Niro made about $250 to $300 million from 2004 and 2018, much of which came from his restaurant chain and other ventures.

Nonetheless, before marrying Hightower, the couple signed a prenuptial agreement which clearly stated that she would get $1 million per year for the total number of years they were married, $500,000 in cash, and a $6 million apartment.

The agreement also stated that Grace would get half the value of their primary residence.

Nevertheless, Grace filed a paper seeking half of the total fortune, which is about $250 million, claiming that Mr. De Niro kept her in the dark regarding finances for more than a decade.

The judge ultimately ordered Robert to pay Grace $75,000 in order to find her home as Robert himself is living in their former primary home.

Robert De Niro is a pretty generous guy and supports a handful of non-profit charitable organizations.

He has been on the Advisory Committee of FilmAid International.

Movie star Robert De Niro has been in Hollywood for nearly six decades and has appeared in more than 110 films.

According to IMDB, he has 125 credits as an actor, 36 as producer, and two as director.

He has played almost every kind of role. But, according to popular opinion, he is best suited for the role of a mobster.

His films have grossed over $4 billion in the worldwide box office collection.

He also has several movie projects on his pipeline, including Killers of the Flower Moon, Wash Me in the River, About My Father, and After Exile.

One of the most iconic actors in cinema history, Robert De Niro, has inked several endorsement deals over the years.

Some of his most lucrative deals include the ones with American Express, Ermenegildo Zenga, Locanda Verde, Nobu, and The Greenwich Hotel.

Robert De Niro has invested in some of the businesses, which will keep on flowing him money even after retiring from the movie scene.

Mr. De Niro is the co-founder of the successful chain of restaurant Nobu. He co-founded the chain along with the celebrity chef and restaurateur Nobu Matsuhisa.

As of 2021, there are over 40 Nobu locations across the globe, which generates several hundred million dollars in revenue each year.

Similarly, Robert, along with his billionaire friend James Packer announced to open a luxury resort called Paradise Found in 2017 on the Eastern Caribbean island of Barbuda.

Apart from hotels and restaurants, Robert also has invested in his own production company named Tribeca Productions.

The actor co-founded the company in 1989, along with producer Jane Rosenthal.

After that, his career really took off, and he had a string of critically acclaimed performances, including Taxi Driver, Deer Hunter, among others.

Moreover, Robert De Niro is an astonishing method actor. For his role in the 1976 ‘Taxi Driver,’ he worked as a taxi driver, and for his role in ‘Godfather II,’ he went to live in Sicily, Italy.

Two of the Hollywood legends, Robert De Niro and Al Pacino, have been friends from 1974 The Godfather to 2019 The Irishman and are still going strong.

While both are terrific actors, it wholly depends on how you take one acting. But if we look at it figuratively, DeNiro is known to have a clear edge.

NNet Worth
NFL legend Aaron Rodgers has a net worth of roughly $120 million. Aaron was born on December 2,…
NNet Worth 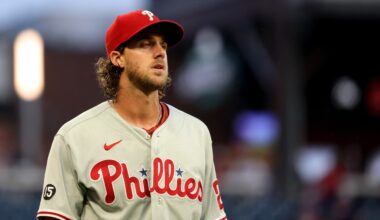 Read More
A professional baseball pitcher for the Philadelphia Phillies of Major League Baseball (MLB), Aaron Nola’s net worth is…