The famous YouTuber and philanthropist Mr. Beast has a towering net worth of $25 million as of 2022.

“Mr. Beast”  being the online name, his real name is Jimmy Donaldson.

The guy runs a YouTube channel, “MrBeast,” along with his friends Chandler, Garret, Chris, Jake, and Bailey.

Currently, his YouTube channel has 71 million subscribers and 712 videos. Also, it was listed in the top 100 most popular YouTube channels by Forbes.

Here are some quick facts about the YouTuber.

Mr. Beast: Net Worth and Income

In 2020, the American business magazine Forbes calculated his YouTube earnings to be $24 million.

According to the sources, Jimmy spends an average of $300,000 while creating a video.

Along with that, he gives a lot of cash and other prizes to the contestants. Not only that, but he has 50 staff under his hood who help him create the videos.

Net Worth of Mr. Beast in Different Currencies

Here is the net worth of the famous Youtuber in different currencies, including Bitcoin.

Mr. Beast, born in Kansas, grew up in Raleigh and currently lives in Greenville. Nonetheless, the details about his house have not been revealed.

He lives a pretty basic life, contributing most of his earnings to philanthropy and making videos.

Talking about his cars, Jimmy has been spotted with a BMW i8 and a Lamborghini Gallardo. The base price of the particular BMW model is $147,500 whereas, the Lamborghini costs more than $180,000.

Well, there is a high possibility that the YouTuber might donate even these cars to the fans someday for his YoutTube video. As a matter of fact, Jimmy has gifted dozens of cars to his fans.

Mr. Beast, a.k.a Jimmy Donaldson, is a worldwide YouTube sensation famous for giving cash and other prizes worth millions to strangers.

The 22-year-old YouTuber has built quite an empire with 71 million subscribers. Beast lives a decent lifestyle and travels along with his friends to different places in order to make videos on unique topics.

Jimmy visited Rome with his girlfriend, Maddy Spidell. The couple shared glimpses of the vacation through their Instagram stories.

Mr. Beast is a co-creator of Team Trees, the fundraising initiative for which he raised a hefty sum of $20 million and successfully planted 20 million trees.

There are dozens of YouTube videos in which Donaldson has donated numerous cars, houses, and cash worth millions.

Similarly, Mr. Beast has given away more than 100 PS4’s. Moreover, he gave away an entire private island in one of his videos.

Another gracious act he did was adopting every dog and giving them shelter and further donating $10,000.

In 2018, Jimmy contributed several amenities worth $100,000 to the homeless. Likewise, he has donated $70,000 to Saint Jude Children’s Research Hospital.

From giving one million dollars to running a marathon in the largest shoes of the world, Mr. Beast comes up with unique ideas for his YouTube videos. He has already uploaded more than 700 videos on his main YouTube channel.

Here are the top ten most-viewed videos from his channel:

Undoubtedly, the major investment of Mr. Beast is his YouTube videos. Mr. Beast annually earns around $10 million from social media.

He also has established his own line of merchandise that contributes to his net worth. To detail, Donaldson garners around $6.6 million from his merch found under the website https://shopmrbeast.com/.

Similarly, he launched a burger joint with the name MrBeast Burger which has franchises in several locations across the United States. Moreover, Beast also created a mobile app for the foodservice.

Mr. Beast has endorsed brands like CSGO Lotto, Honey, and Quidd. Likewise, he has also endorsed Tiktok, which helps him to add a fair amount of bucks into his fortune.

Born on May 7, 1998, Jimmy Donaldson, popularly known by his online name “Mr. Beast,” was raised by his mother.

Jimmy was always fascinated by YouTube and had a knack for creating videos.

Following his passion, he created his YouTube channel back in 2012. The first video that gained popularity was Worst Intros on YouTube.

Afterward, he posted several game videos playing Minecraft, Call of Duty, and so on.

Mr. Beast gained popularity after he uploaded a video of himself counting to 100,000 in January 2017.

Eventually, Jimmy started getting famous as his unique videos were praised by a huge amount of viewers. He did not stop and started making videos of donating money and other stuff to random strangers.

Mr. Beast is unmarried. He’s been in a relationship with Maddy Spidell since June 2019.

Read About MoVlog’s Net Worth, Lifestyle, and Career

Who is the richest YouTuber?

Is Mr. Beast a kid-friendly channel?

Even though there is no explicit content on videos by Mr. Beast, there may be some stunts done by him and his friends, which could be dangerous if imitated by the kids. Therefore, it is more like a family-friendly channel.

NNet Worth
Dick Wolf is an American producer, creator, screenwriter, and TV director with a net worth of 550 million…
NNet Worth 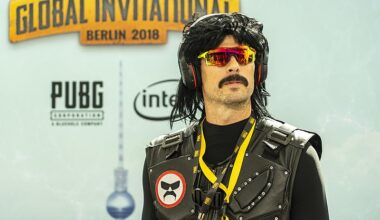